Harry and Meghan back in California after Queen's Platinum Jubilee

Prince Harry and Meghan Markle arrived back in California after reportedly leaving the UK an hour before the Queen’s Platinum Jubilee celebration ended.

The Duke and Duchess of Sussex were spotted at an airport in Santa Barbara, California after jetting back to America on a private plane on Sunday.

The couple, who have been largely absent from the Jubilee fanfare, were last seen in public on Friday at the Thanksgiving service.

It’s believed they spent most of their stay at Frogmore Cottage with their children Archie and Lilibet and hosted a ‘relaxed’ party for Lilibet’s first birthday at the Windsor residence.

When the Sussexes arrived back in California on Sunday, equipment that appeared to be a high chair was seen being offloaded from the plane.

Harry was photographed in the passenger seat of a black Range Rover that had arrived to transport the family home. 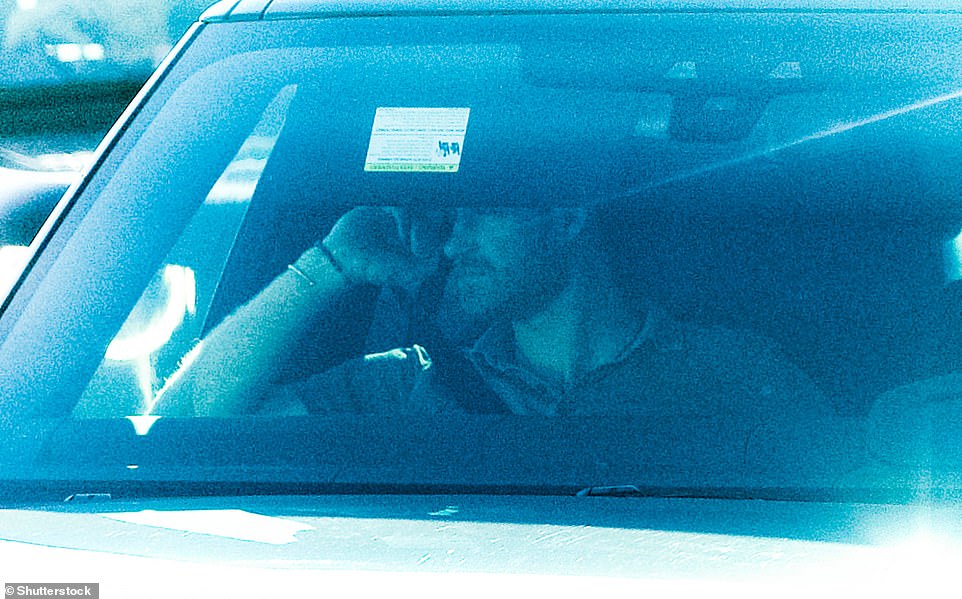 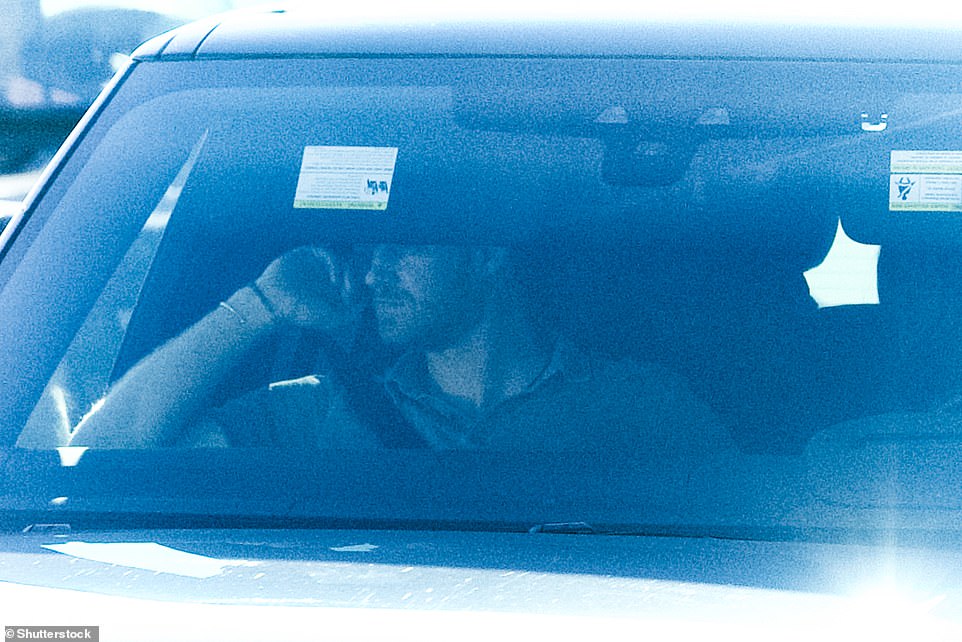 Prince Harry is seen in the passenger seat of a vehicle while being driven away from the airport in Santa Barbara, California

When the Sussexes arrived back in California on Sunday, equipment that appeared to be a high chair was seen being offloaded from the plane

Meghan, Duchess of Sussex and Prince Harry, Duke of Sussex attend the National Service of Thanksgiving at St Paul’s Cathedral on Friday

The Duke and Duchess did not attend the Platinum Party and stayed in Windsor alongside the Queen to reportedly watch the concert with Her Majesty.

Harry and Meghan then drove, according to The Sun, to Farnborough Airport at 1.30pm, an hour before the Pageant started at 2.30pm and made their way back to California.

This was hours before the Queen – who sources say was ‘determined’ to bravely overcame her painful mobility issues – returned to Buckingham Palace to personally thank the thousands of well-wishers in the crowd who had turned out to express their own gratitude. 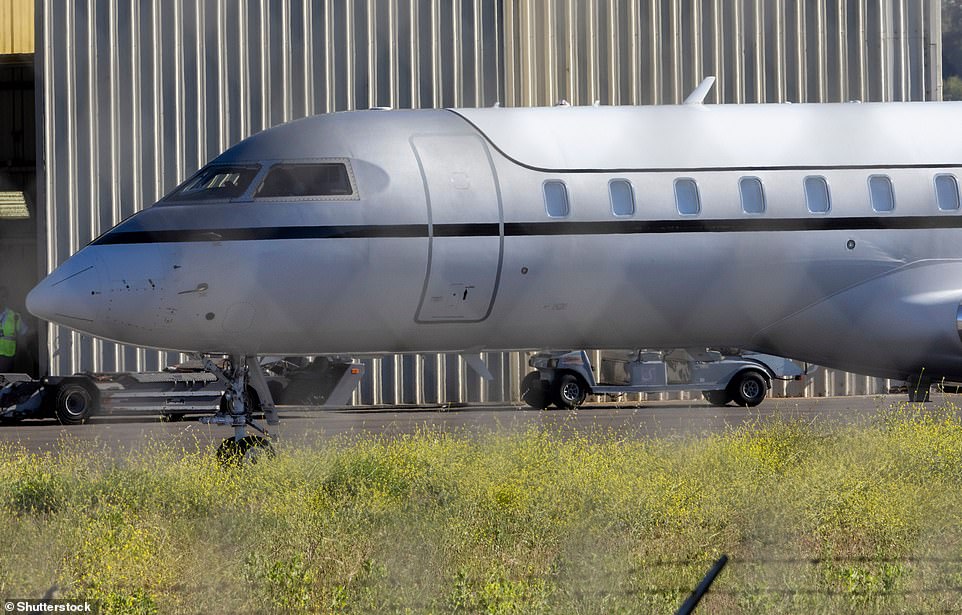 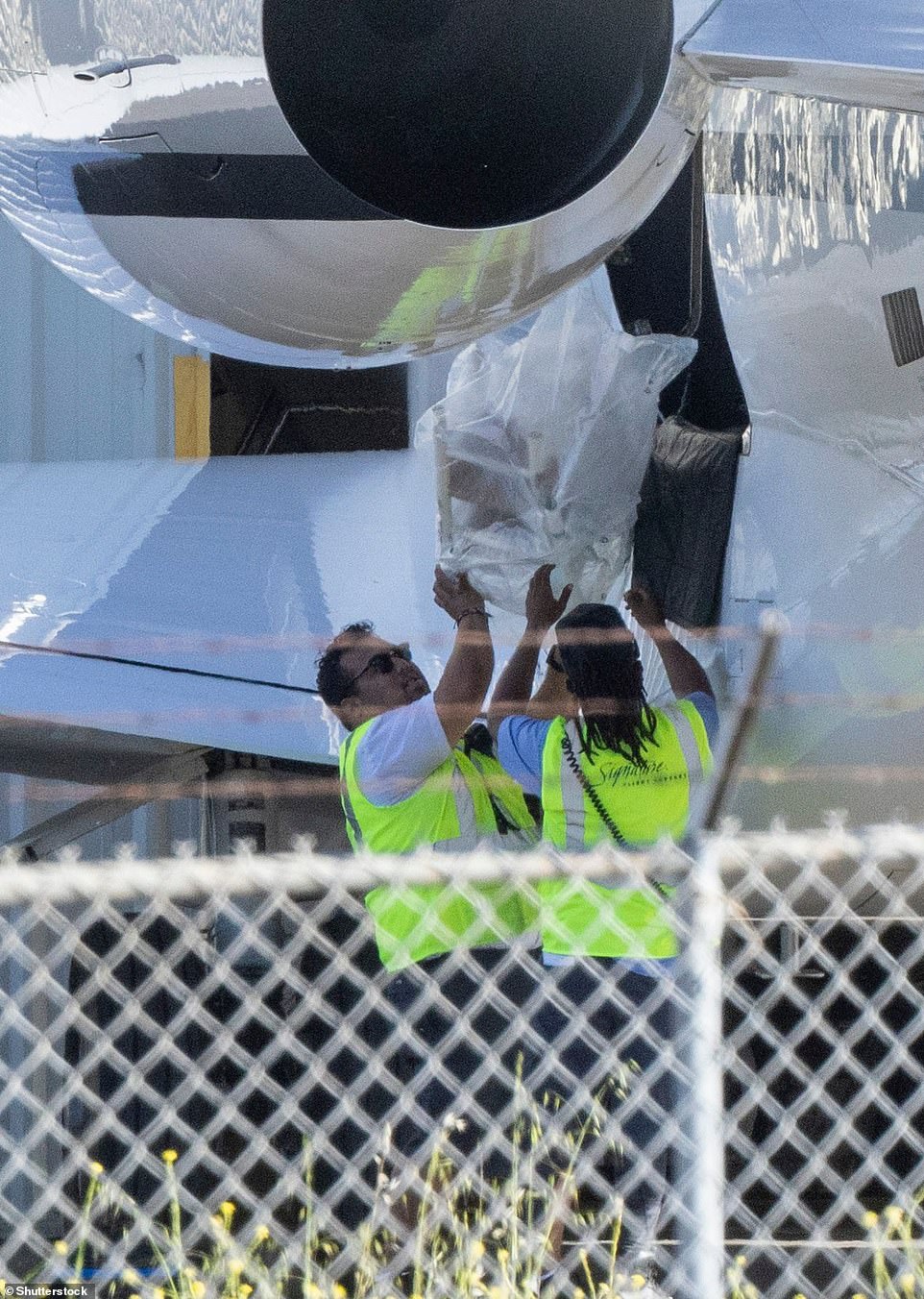 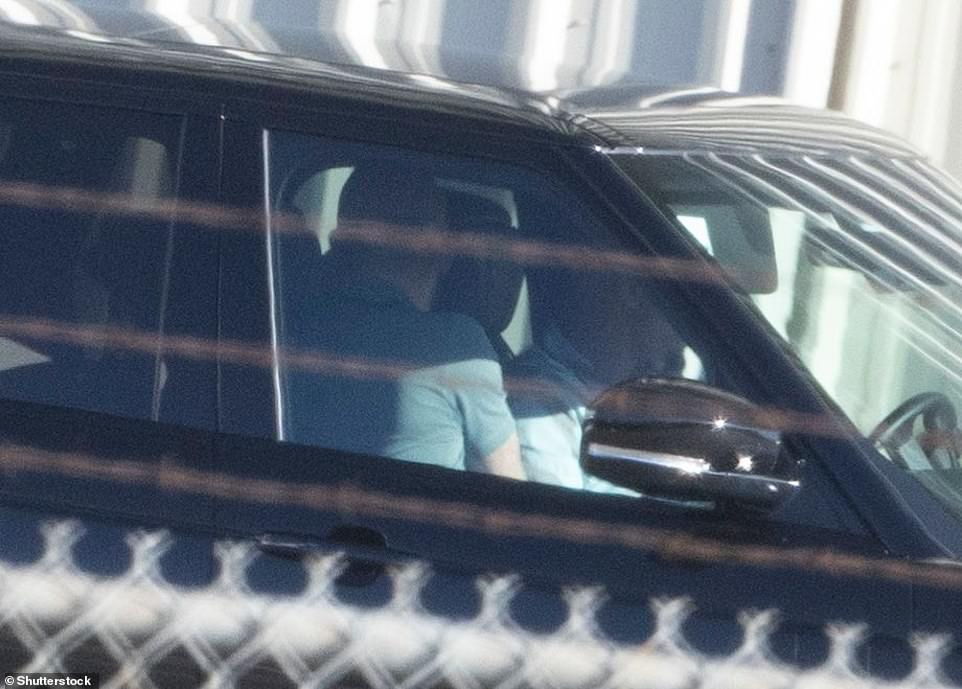 However, the Duke and Duchess were absent from most events, and stayed in Windsor alongside the Queen to reportedly watch the concert on Saturday with Her Majesty 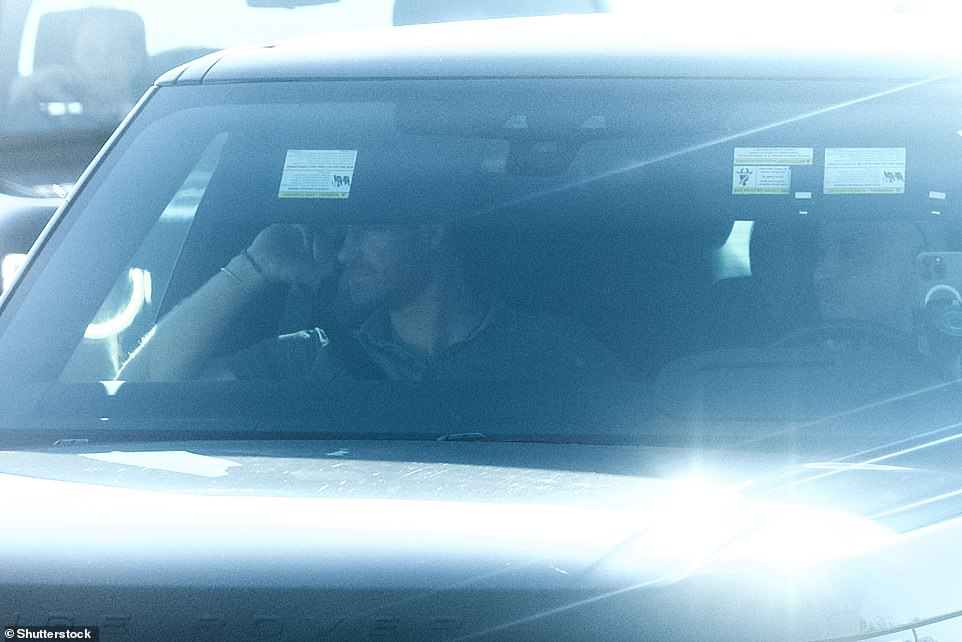 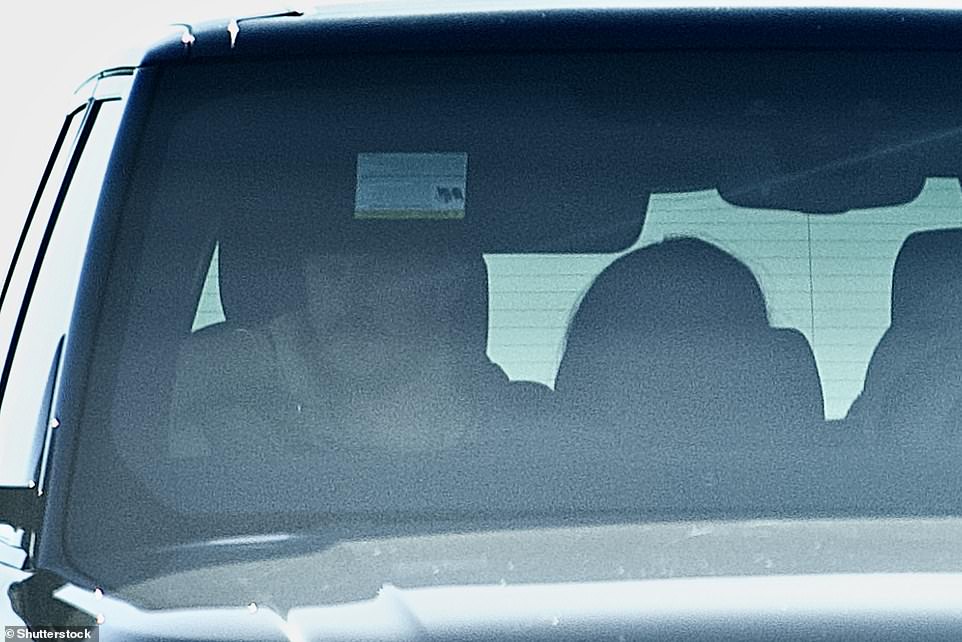 Harry and Meghan left the Jubilee early and drove, according to the Sun, to Farnborough Airport at 1.30pm, an hour before the Pageant started at 2.30pm and flew home to California

The Sussexes, who arrived home Sunday, were left out of any official role during the Jubilee

The Sussexes were left out of any official role during the Jubilee, and one aide told the Telegraph at the beginning of the Jubilee they would not be having ‘a prominent role’ in the festivities.

The Daily Mail’s Richard Kay wrote that the long weekend saw a triumph of ‘public service and duty’ over the ‘celebrity-driven approach of the Duke and Duchess of Sussex’ and whose absence was ‘barely noticed’. 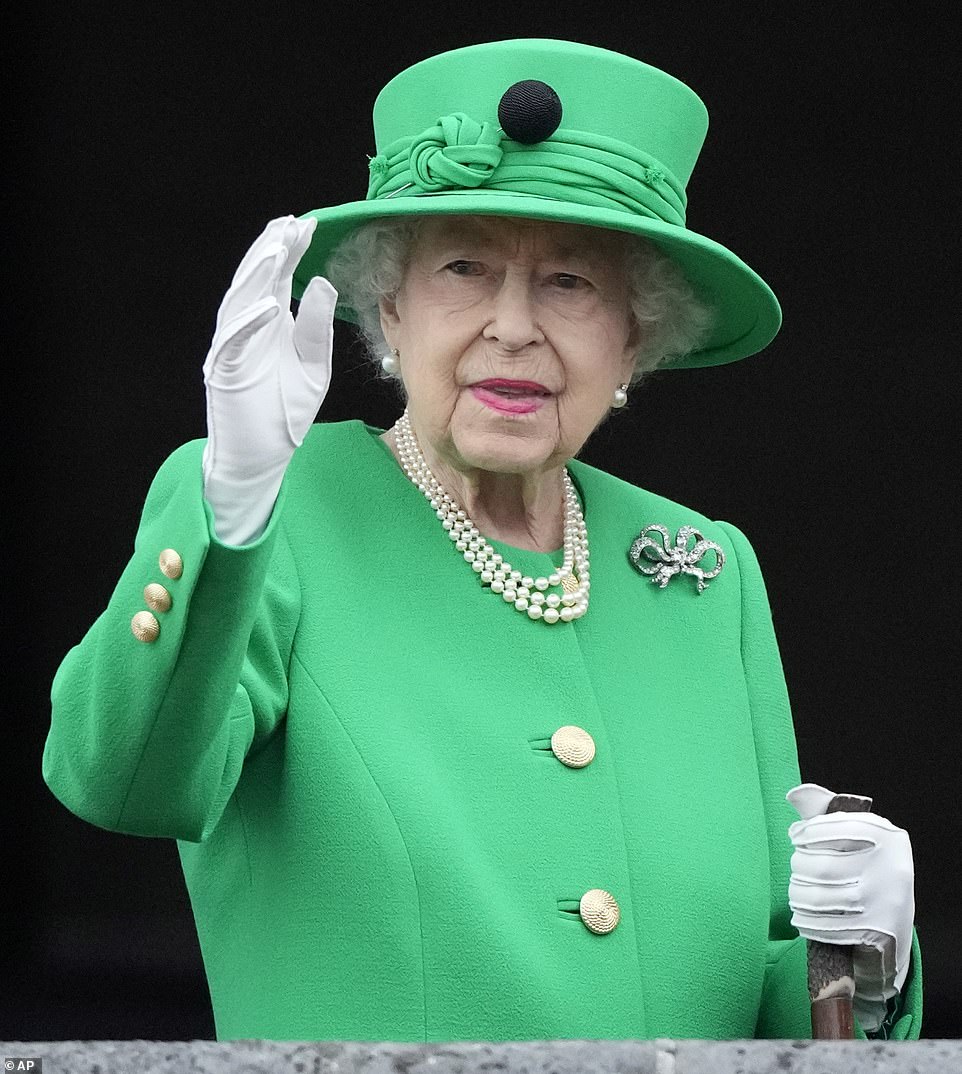 The Platinum Jubilee Pageant was an afternoon of entertainment for members of the royal family, who all sat together alongside their siblings and cousins.

The parade told the story of her life, and the nation, with an eccentric, fun and imaginative carnival-like display.

An insider said: ‘There was no fanfare, they just went. They didn’t stick around for the Platinum Jubilee pageant which is a celebration of Britain and all of its quirks and eccentricities over the Queen’s 70 year reign.’

Instead of attending this and a concert yesterday, Harry and Meghan celebrated their daughter Lilibet’s first birthday in Windsor on Saturday with a ‘relaxed’ birthday party —with royal second cousins invited to the festivities.

The little girl’s birthday party was open to Zara and Mike Tindall’s three children, Mia, eight, Lena, three, and Lucas, one, as well as Savannah, 11, and Isla, 10, daughters of Peter Phillips and Autumn Kelly.

The couple were also seen at the Friday’s thanksgiving service at St Paul’s Cathedral, where a huge cheer went up as Harry and Meghan arrived and they were greeted at the great west door by the Dean of St Paul’s.

Meghan, Duchess of Sussex and Prince Harry, Duke of Sussex attend a National Service of Thanksgiving to celebrate the Platinum Jubilee of Queen Elizabeth II at St Paul’s Cathedral

It was the first time that the couple were on full public view alongside the Windsors since they quit the monarchy for a new life in the US two years ago.

They spent a few minutes talking to the senior cleric before they entered the place of worship and proceeded to greet the long line of clergy.

But before the festivities started an aide told The Telegraph: ‘The media might try to make them prominent, but in reality they are not going to be playing a prominent role. A line has been drawn.’

Harry stopped to chat for a few moments with the Archbishop of York who later will give the sermon and is expected to praise the Queen’s 70-year reign.

The Sussexes were also seen from a window at Thursday’s Trooping the Colour, but were not on the balcony alongside working royals.

Neither Lilibet, nor her older brother three-year-old Archie, have been seen in public at any of the festivities.