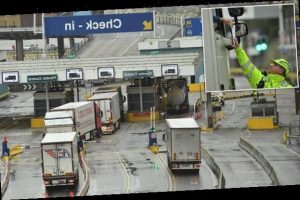 Lorry drivers leaving UK since Brexit transition period ended on January 1 are handed more than £32,000 in fines for having wrong permits or trying to skip queues

Lorry drivers leaving the UK since the Brexit transition period ended on New Year’s Day have been handed more than £32,000 in fines.

New rules for hauliers heading to France have come in after the UK left the single market on January 1, together with heightened coronavirus measures.

Some were caught entering Kent without the new permit needed, while others tried to skip the queue.

Despite this, a high percentage of drivers heading to the Eurotunnel and Dover are arriving with the right documentation, police said. 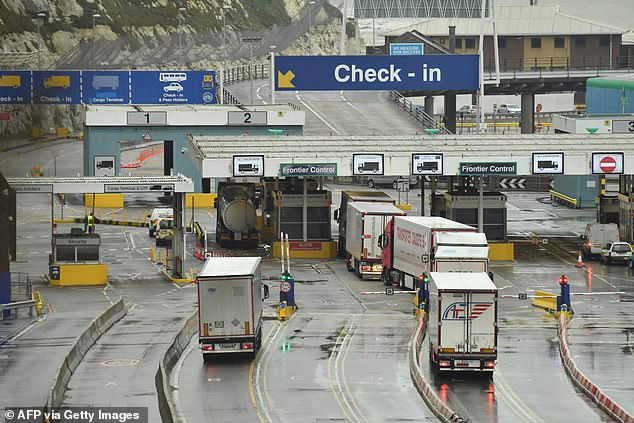 Lorry drivers leaving the UK since the Brexit transition period ended on New Year’s Day have been handed more than £32,00 in fines

The feared queues of lorries along Kent motorways following December 31 have not yet materialised but traffic volumes are expected to pick up as January goes on.

So far this year at least 84 enforcement notices have been issued to drivers caught entering the county without a Kent Access Permit (KAP).

A number of other drivers have been found breaching traffic orders including trying to bypass the queue or taking a shortcut along the A20.

In total 113 fines had been issued across KAP and Operation Brock as of Wednesday morning, totalling £32,100.

Assistant Chief Constable Claire Nix, from Kent Police, said: ‘Whilst it is still very early days it is encouraging to note that a high percentage of lorry drivers are coming into Kent with a negative Covid-19 test result, which is currently required to travel to France, and a Kent Access Permit.

‘Although the volume of freight leaving the UK is typically low at this time of year, the total number of fines issued is still a small percentage of the freight movements that have already been carried out.’

She added that the volume of lorries heading to the border is expected to increase ‘significantly’ over the next few weeks so it remains important that companies know what is required. 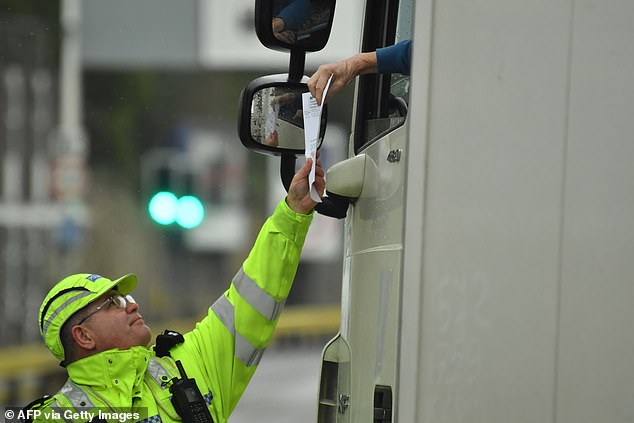 New rules for hauliers heading to France have come in since the UK left the single market, together with heightened coronavirus measures

The KAP – which has been unofficially dubbed Kermit after the famous green frog – is intended to help manage traffic by confirming drivers have the right documents for EU import controls.

Each permit lasts 24 hours and drivers need a new one each time their HGV leaves Great Britain.

For accompanied freight travelling from England to France, the driver must also have the result of a negative Covid-19 test taken less than 72 hours earlier.