THOUSANDS of Hong Kong protesters who are fighting for democracy sang the Star Spangled Banner after a night of intense clashes with police.

As violence spirals out of control, a huge crowd carried the Stars and Stripes and called on US President Donald Trump to "liberate" them from the oppressive 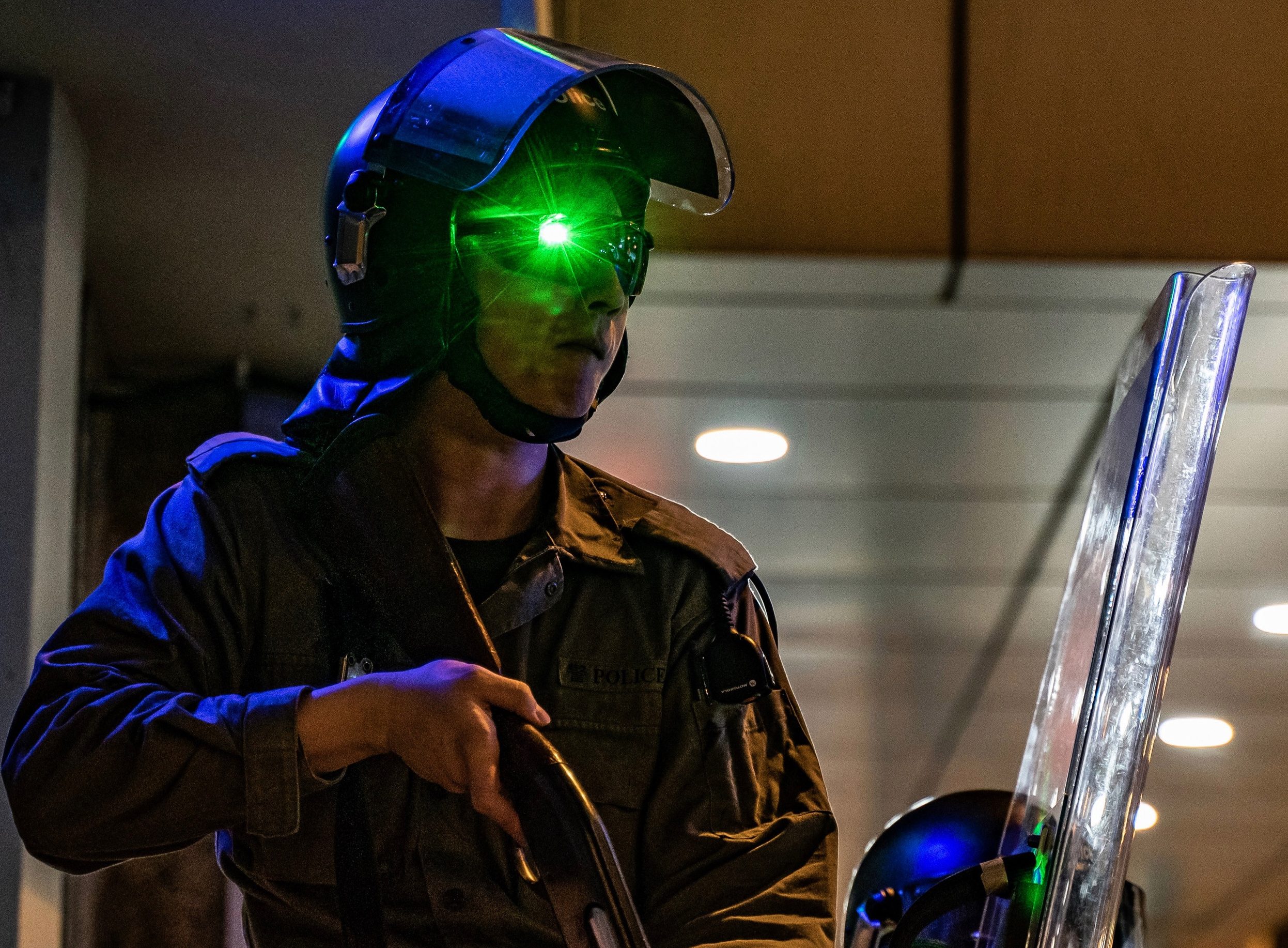 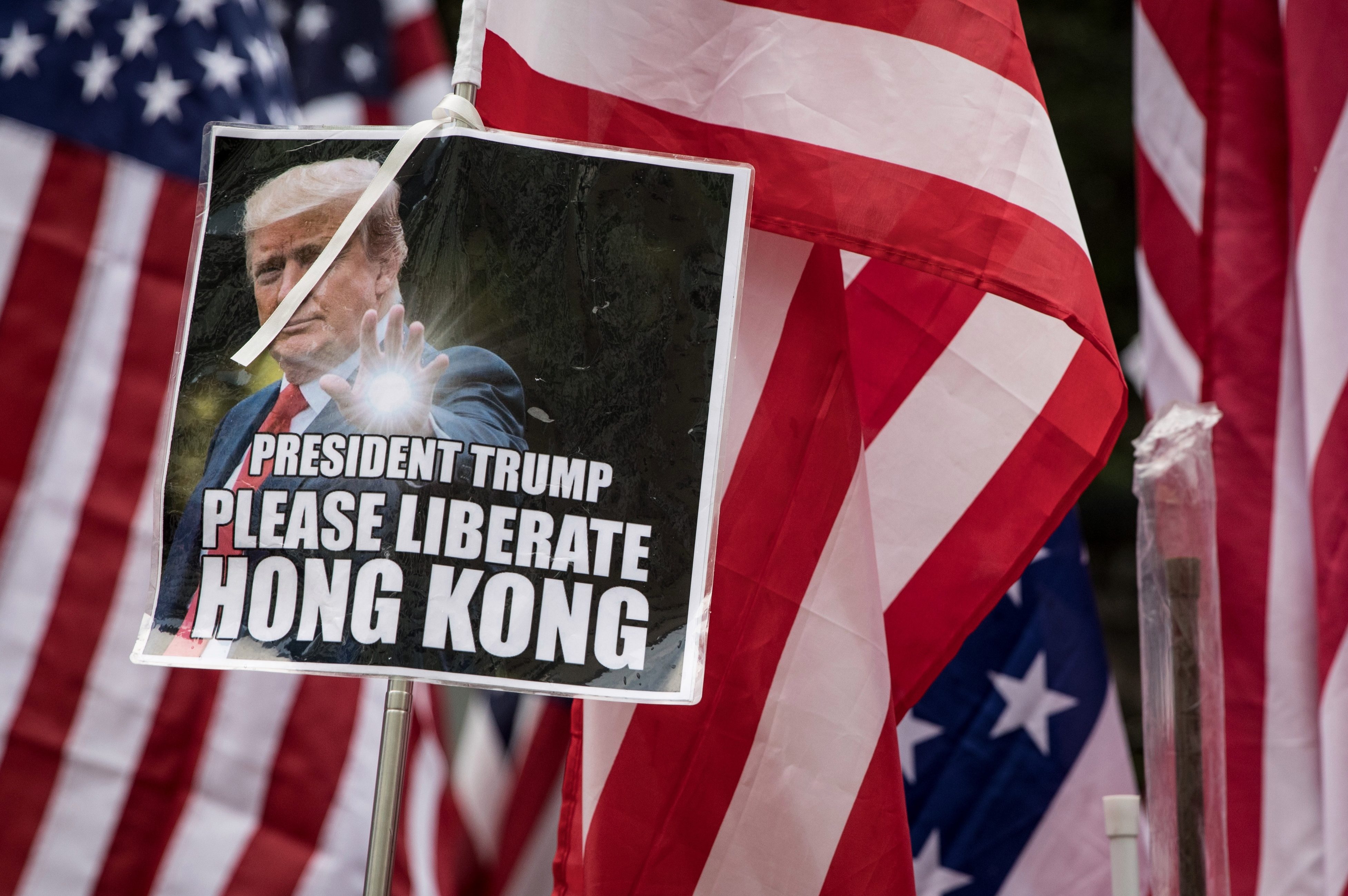 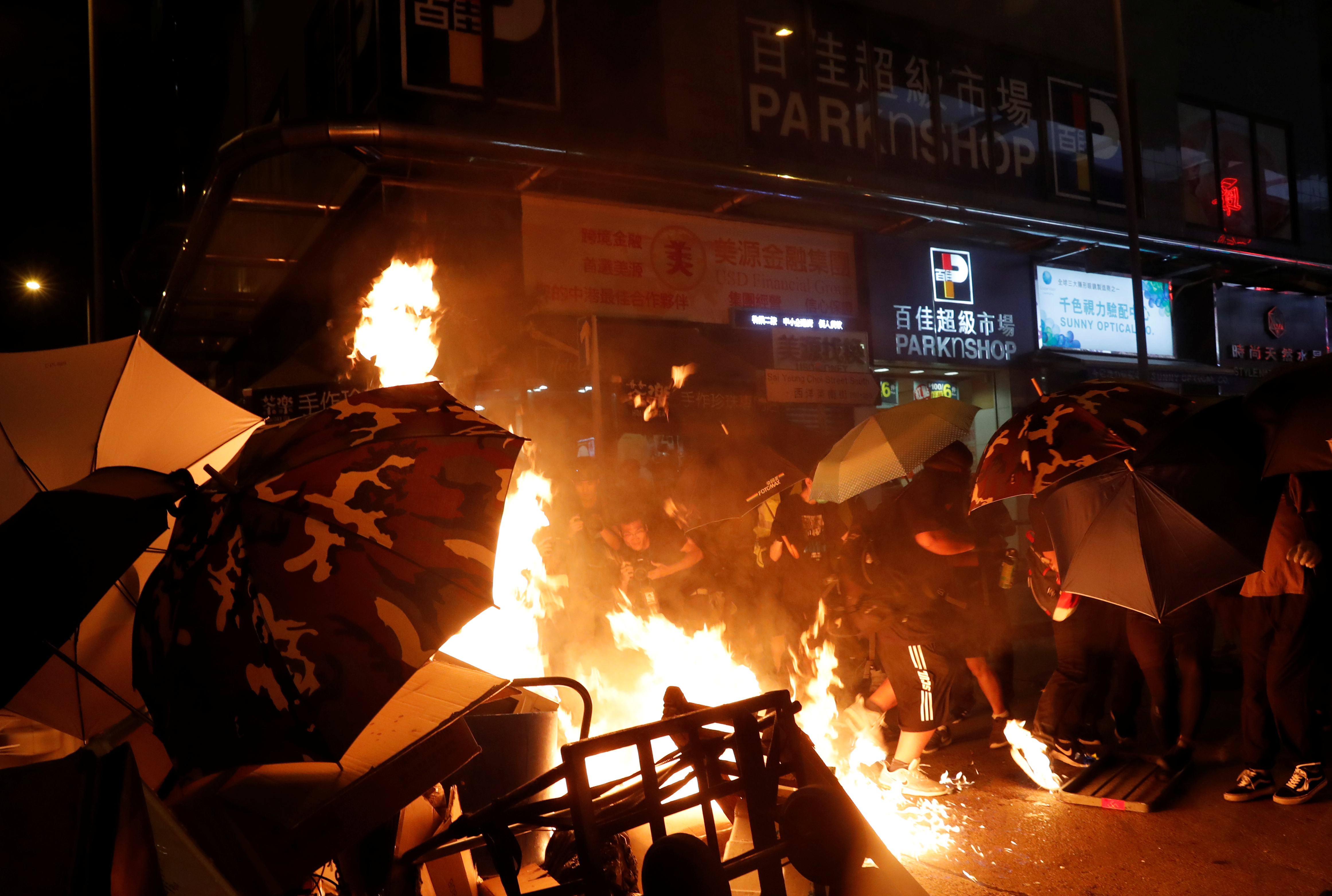 The protest started peacefully before violence broke out, following a familiar pattern of what has been unleashed on the island in the three-months.

In scenes reminiscent of a civil war, barricades went up while flaming Molotov cocktails exploded among them starting fires in what is the smartest banking and shopping district.

Windows were also smashed as the protesters unleashed their anger at the authorities which they believe are conspiring with Beijing to turn the island into a puppet police state.

Police moved in with running battles with stone-throwing protesters who fled to nearby Admiralty and the bar district of Wan Chai and shopping area of Causeway Bay. 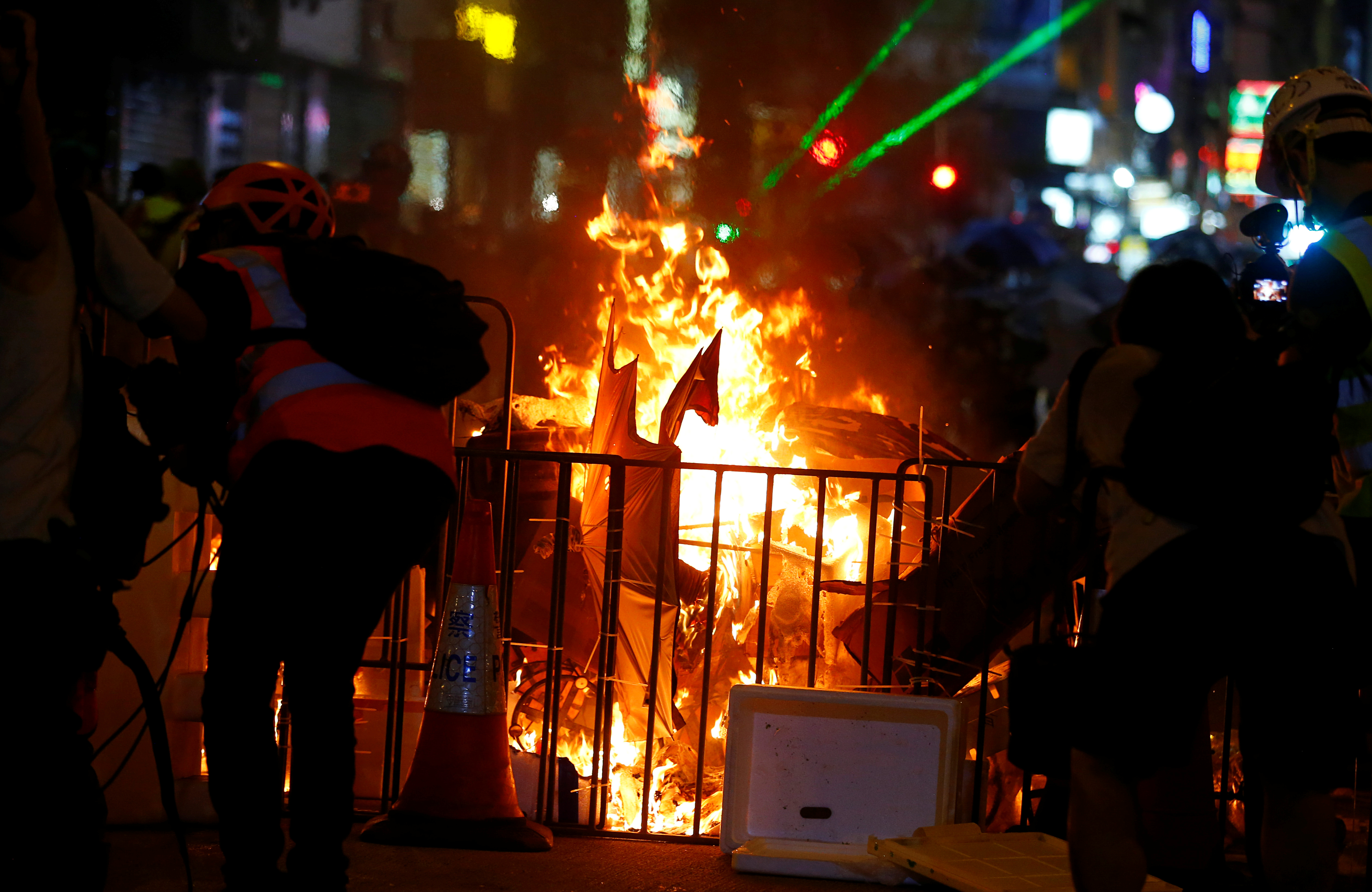 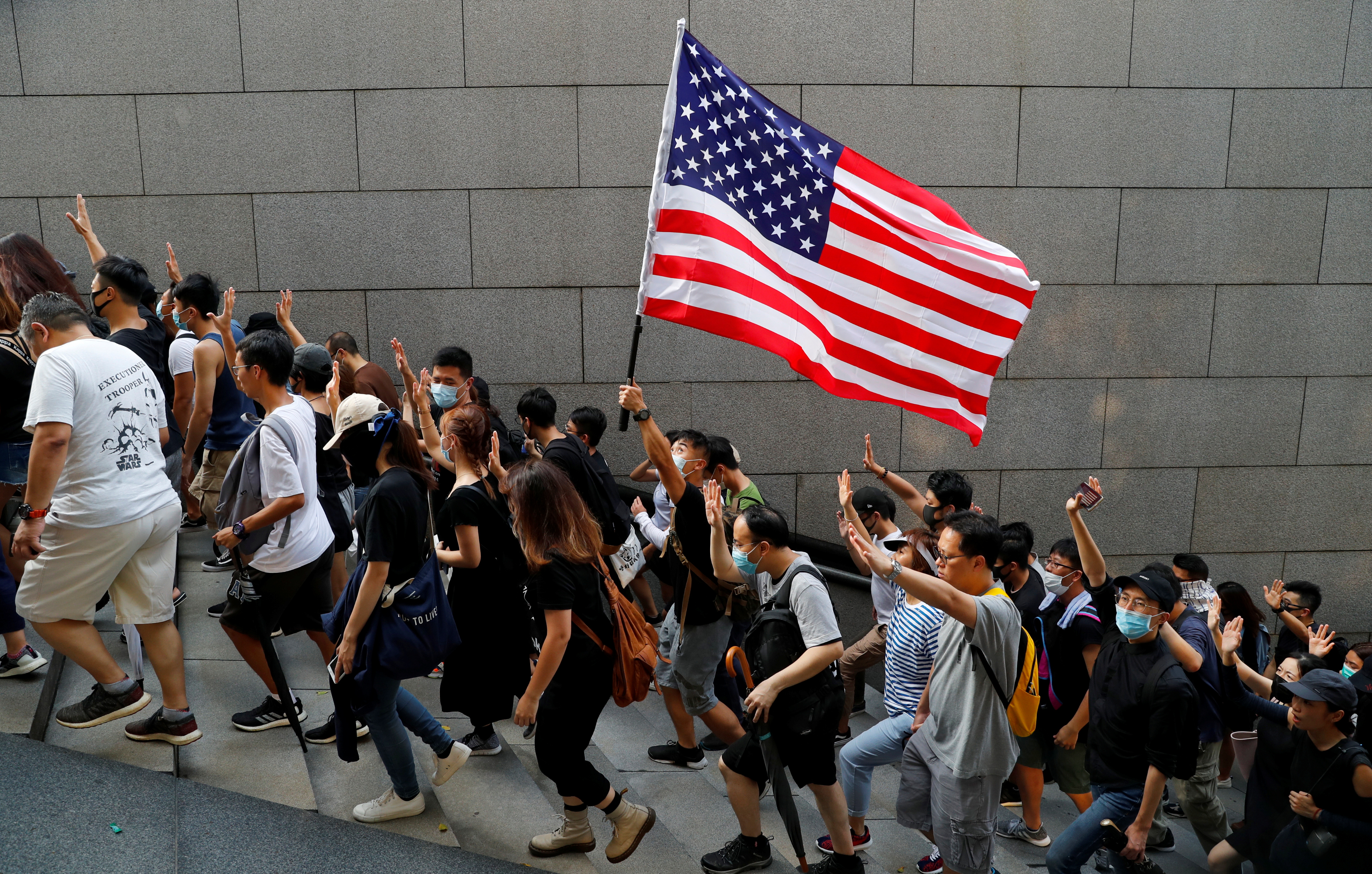 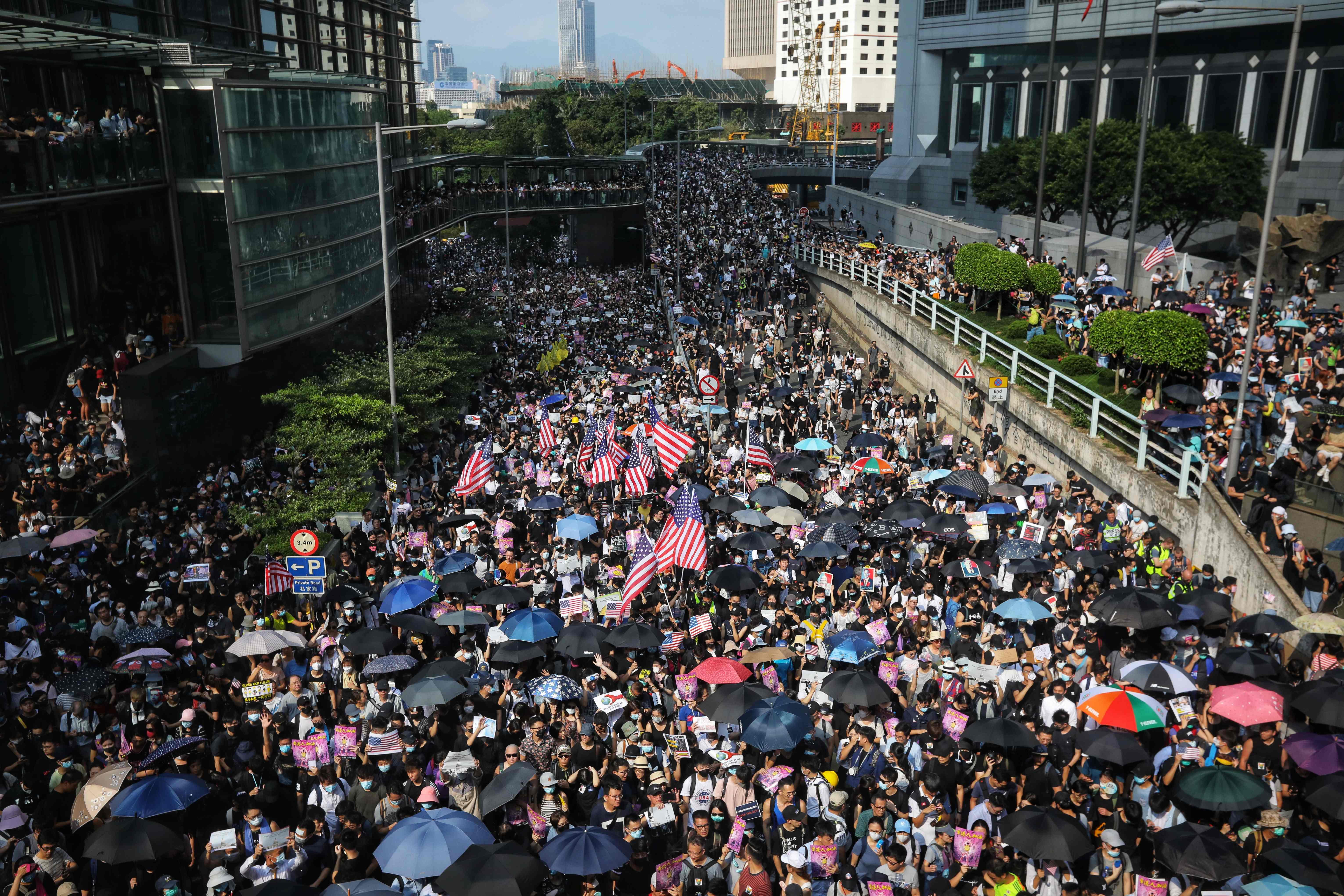 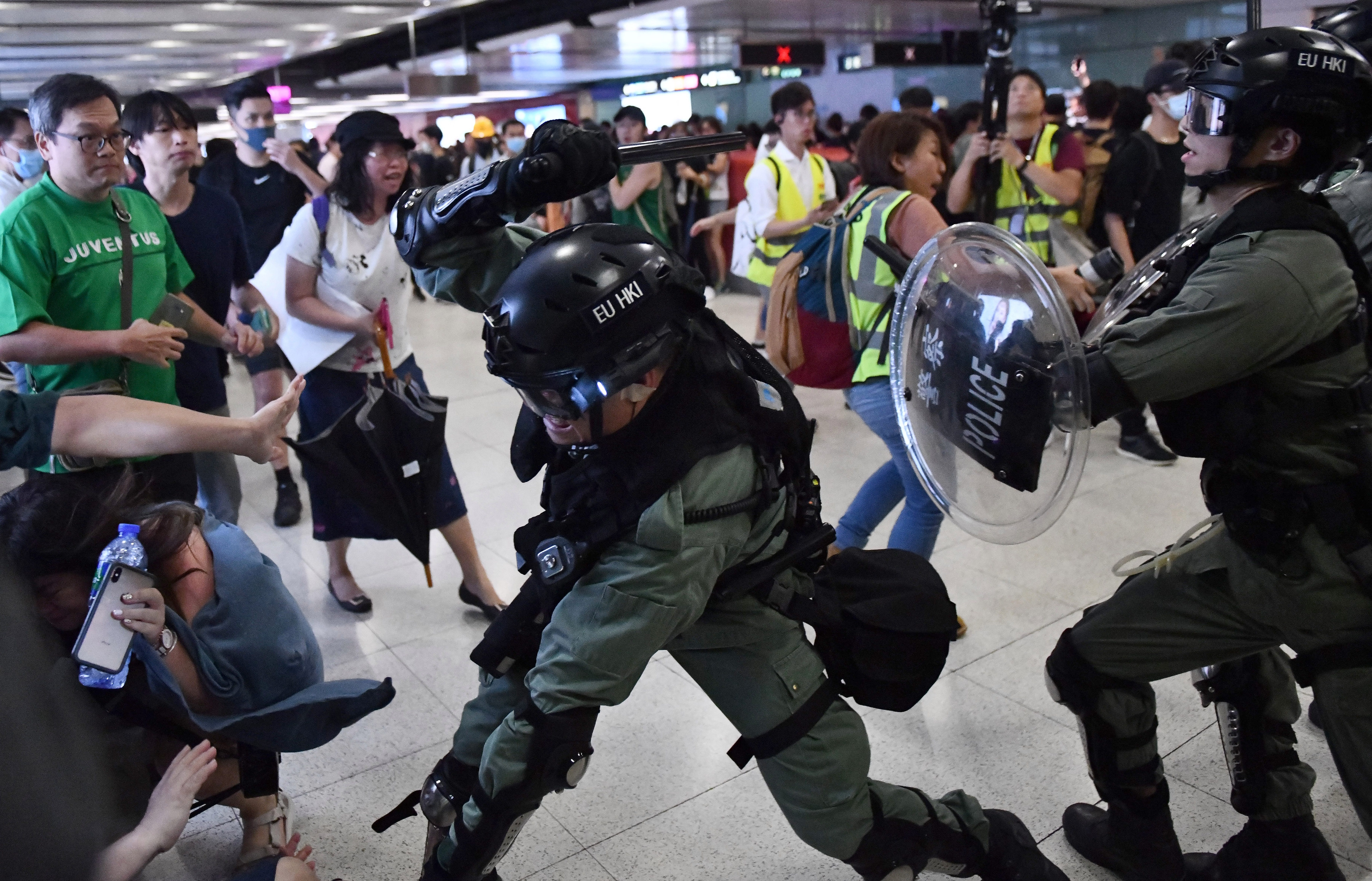 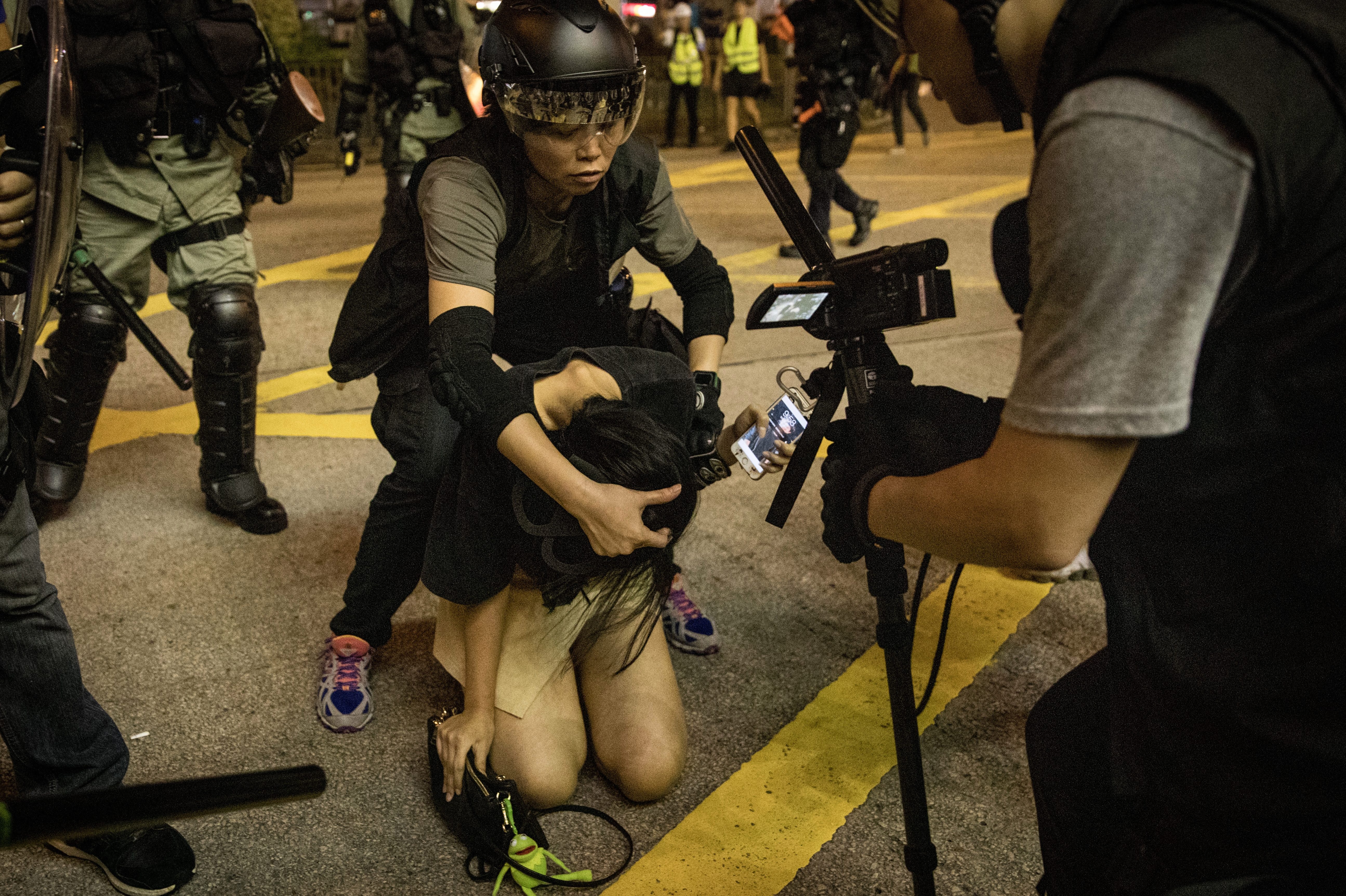 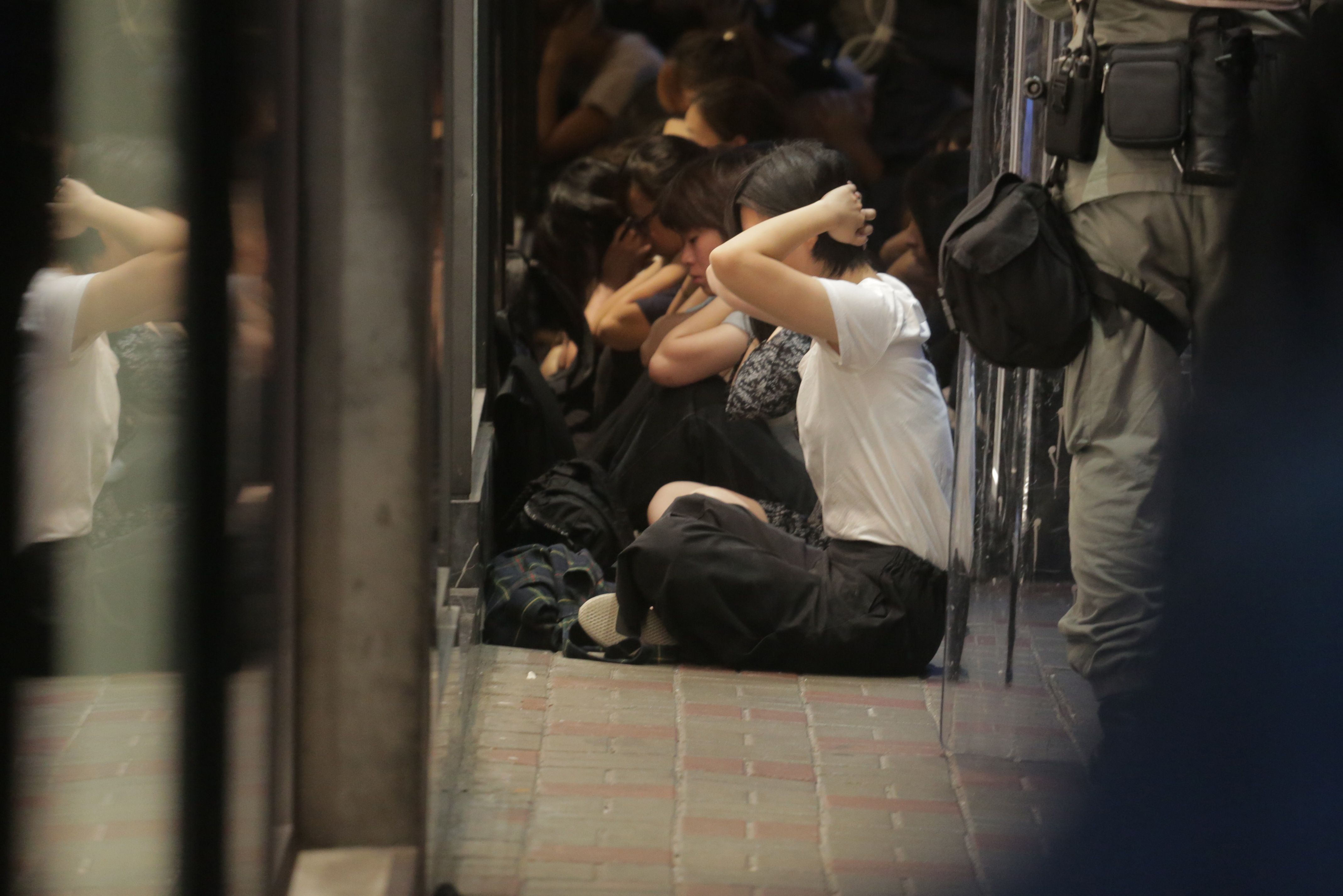 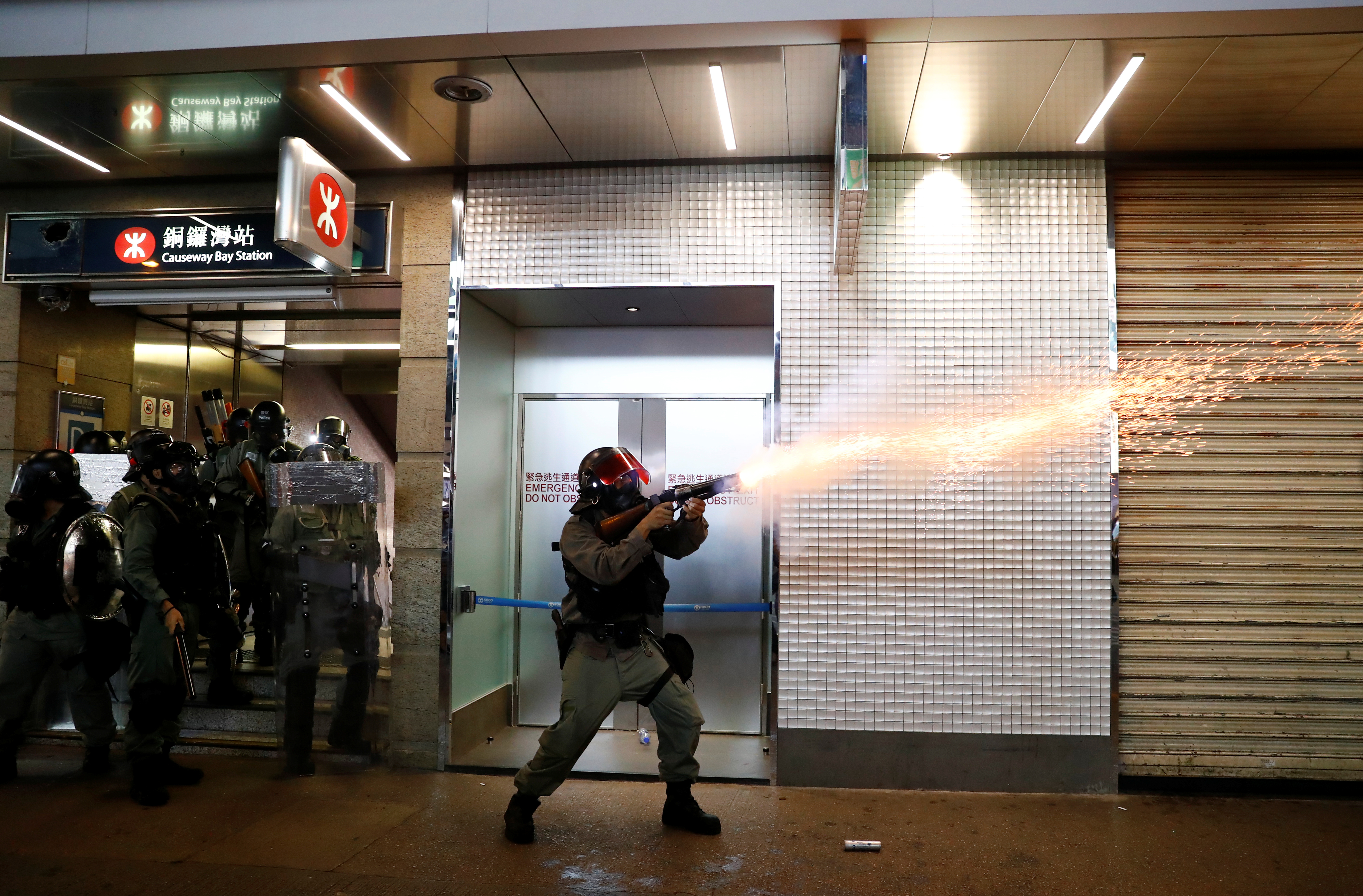 Police stood by earlier as protesters, under a sea of umbrellas against the sub-tropical sun, waved the Stars and Stripes and placards demanding democracy.

"Fight for freedom, stand with Hong Kong," "resist Beijing, liberate Hong Kong" they shouted before handing over petitions at the US Consulate.

Riot police cleared the Central MTR metro station, near today's march, where activists smashed a long glass panel at a station entrance and other windows and daubed graffiti on the walls outside.

Several arrests were made.

Activists dug up bricks from pathways to break windows and set fires from cardboard boxes on the streets, building barricades with metal fencing.

Hong Kong returned to China under a "one country, two systems" formula that guarantees freedoms not enjoyed on the mainland.

Many  residents fear Beijing is eroding that autonomy.

Meanwhile, US Defence Secretary Mark Esper on Saturday urged China to exercise restraint in Hong Kong, which returned to Chinese rule in 1997 on the promise human rights would be respected.

Mr Esper made his call in Paris as police in Hong Kong prevented protesters from blocking access to the airport but fired tear gas for a second night running in the densely populated district of Mong Kok.

Last month Trump suggested China should "humanely" settle the problem in Hong Kong before a trade deal is reached with Washington.

The violence started in the evening. 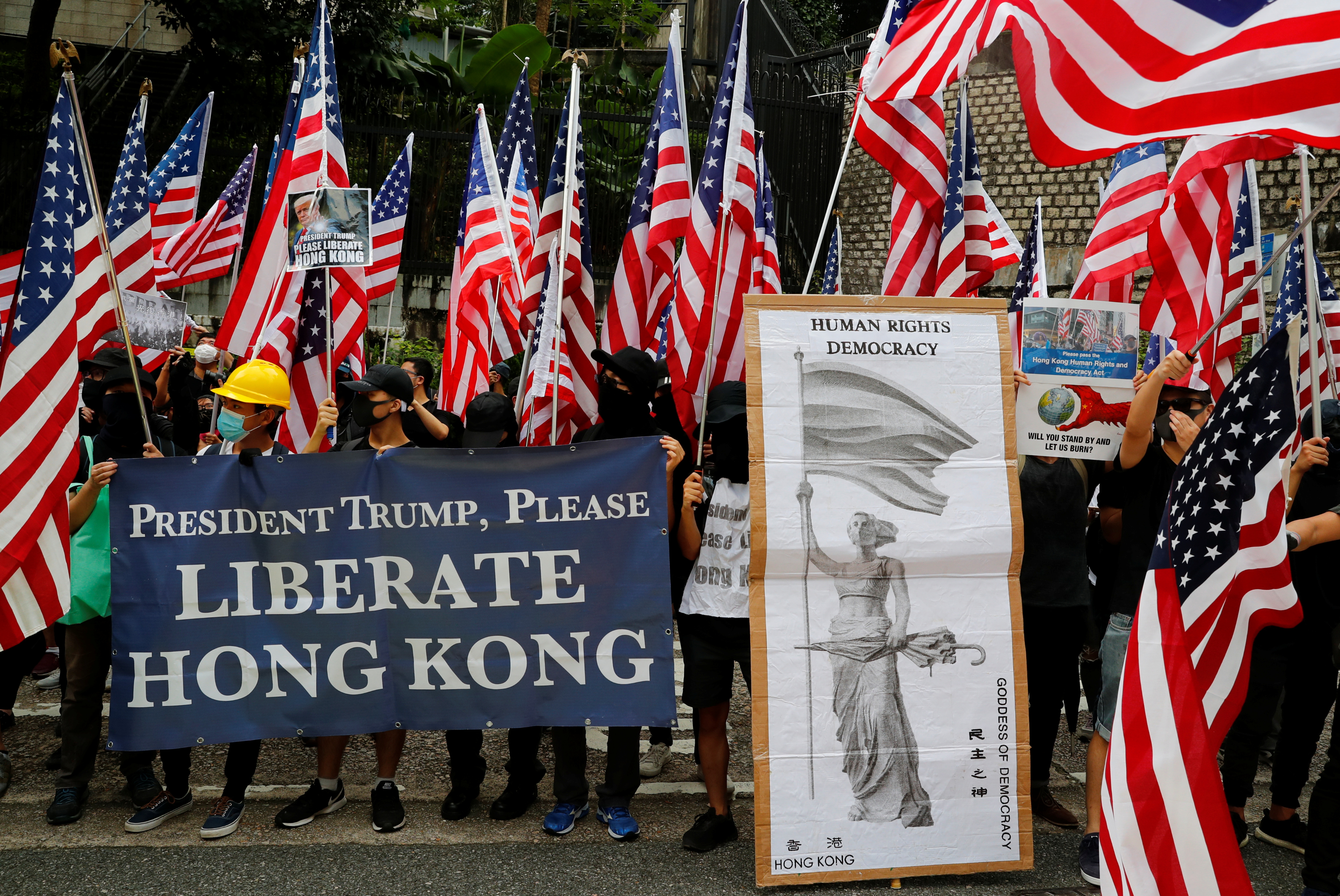 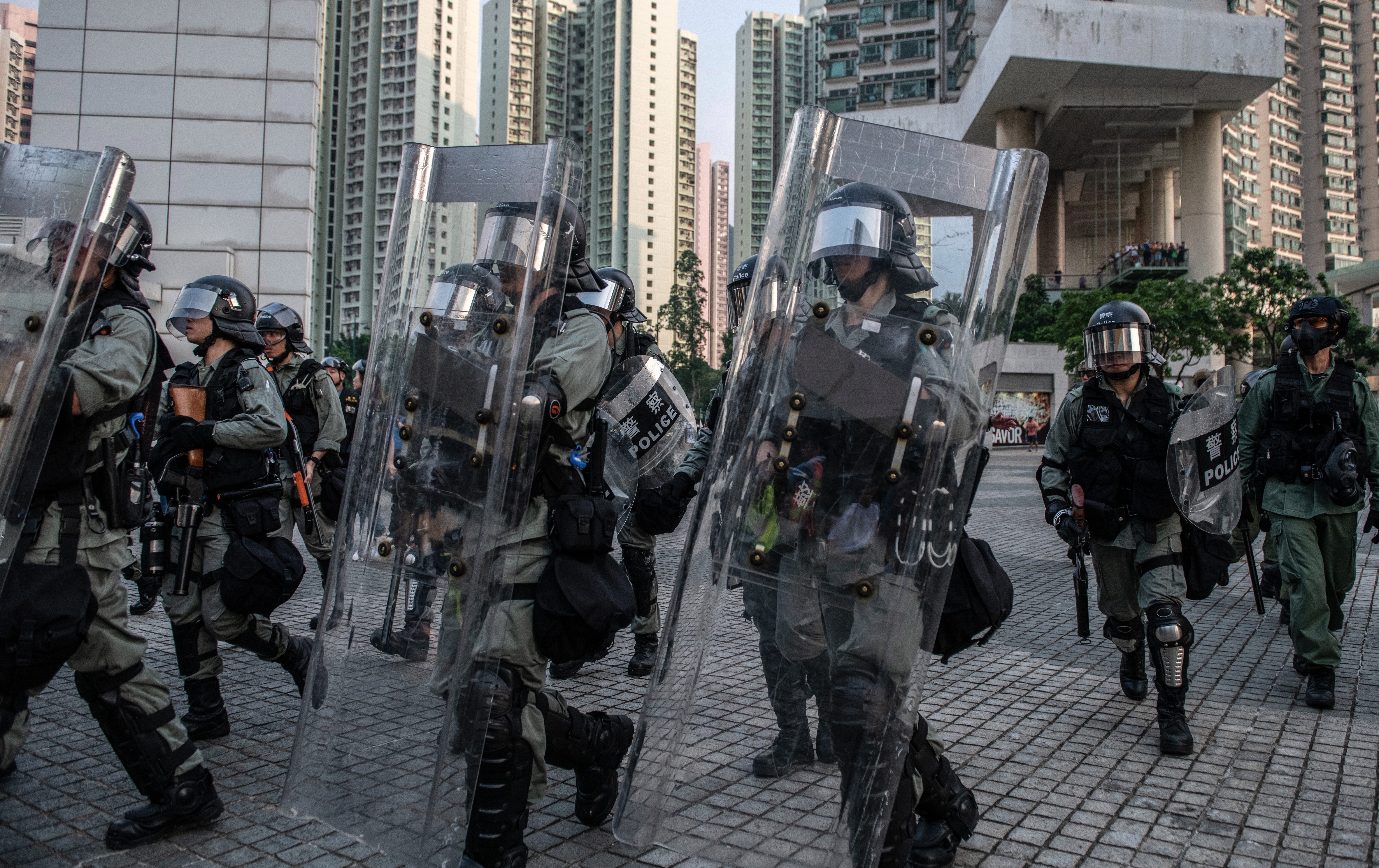 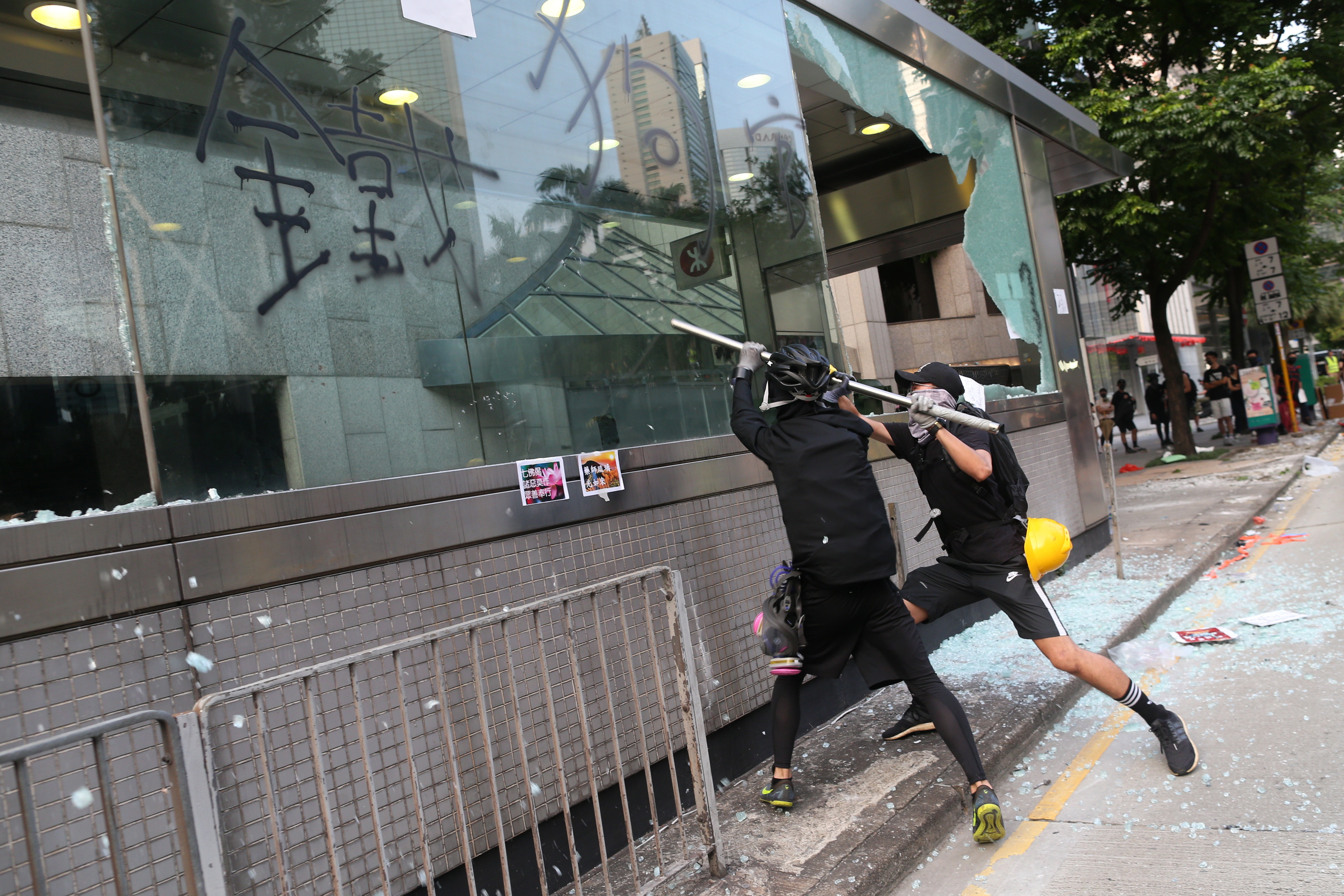 China denies the accusation of meddling and says Hong Kong is an internal affair. It has denounced the protests, accusing the United States and Britain of fomenting unrest, and warned of the damage to the economy.

Hong Kong leader Carrie Lam announced concessions this week aimed at ending the protests, including formally scrapping a hugely unpopular extradition bill, which ignited the unrest in June. Many protesters said it was too little, too late.

The bill would have allowed the extradition of people to mainland China to stand trial in courts controlled by the Communist Party.

Hong Kong has an independent judiciary dating back to British rule.

But the demonstrations have long since broadened into calls for democracy.

US legislation addressing China's actions in Hong Kong will be among the top priorities pushed by Senate Democrats when Congress returns to work after a recess next week, their leader, Senator Chuck Schumer, said on Thursday.

Schumer urged Senate Majority Leader Mitch McConnell, a Republican who sets the floor agenda, to bring up a bipartisan bill that would require an annual justification of the special treatment afforded by Washington to Hong Kong, including special trade and business privileges, under the US Hong Kong Policy Act of 1992. 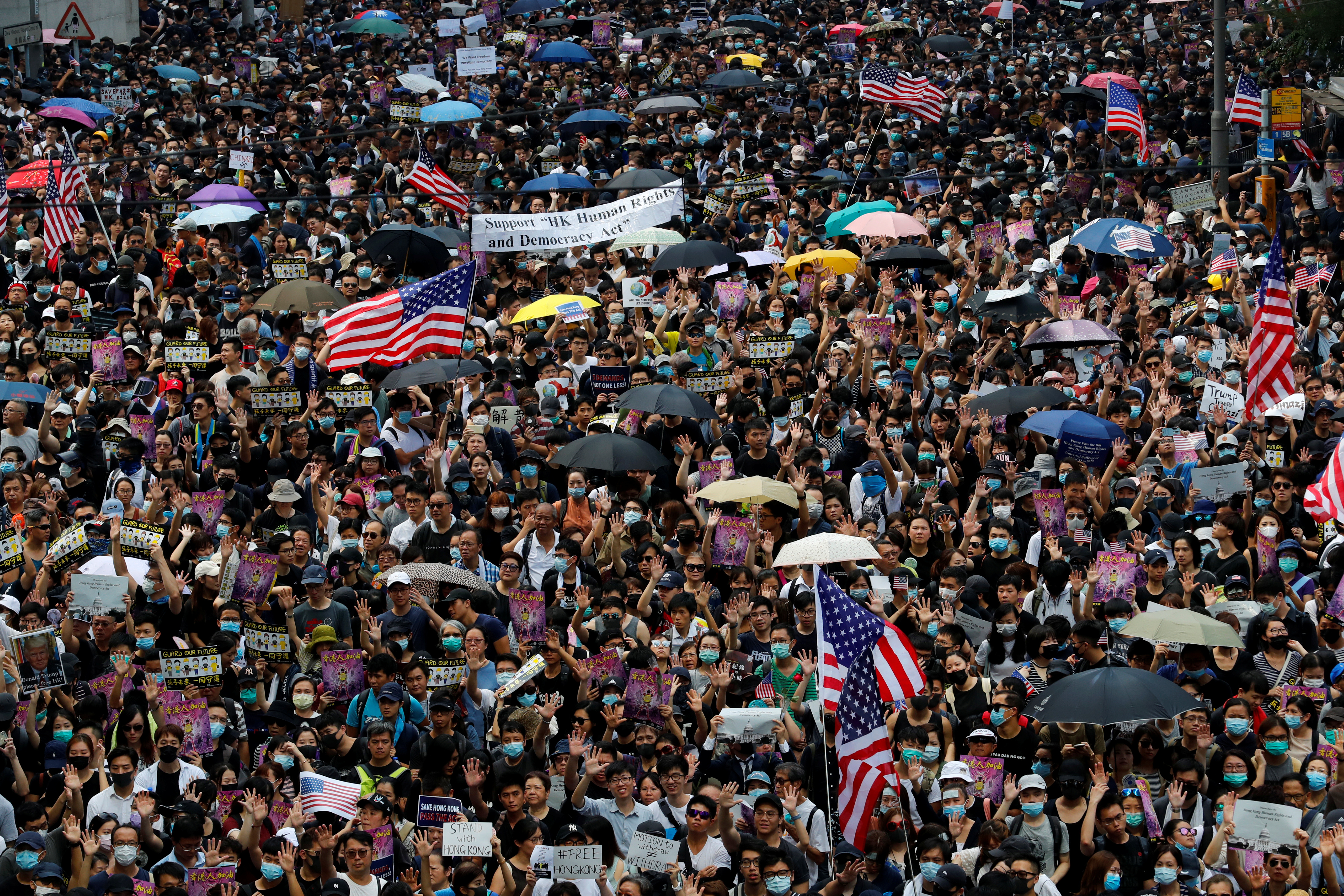 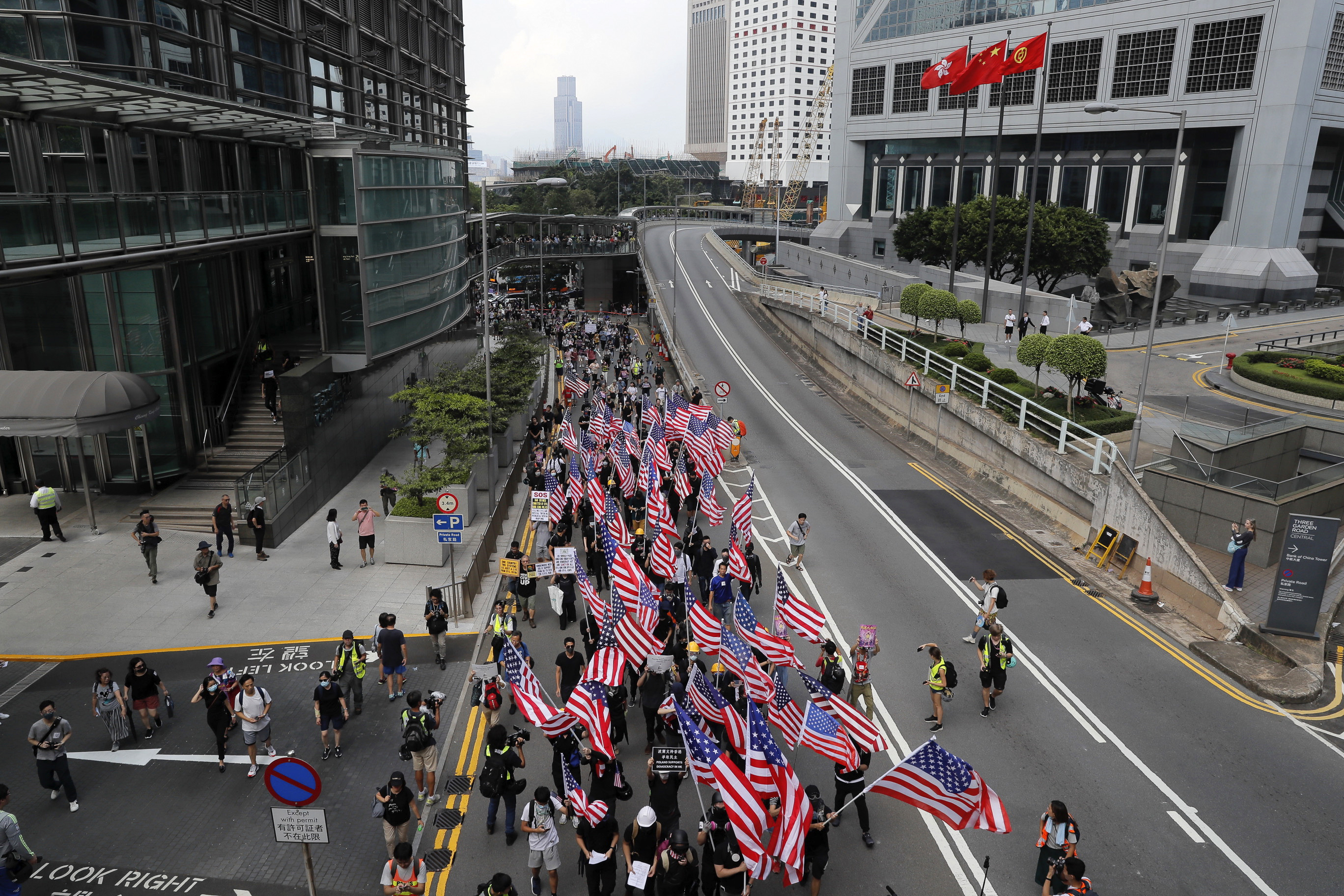 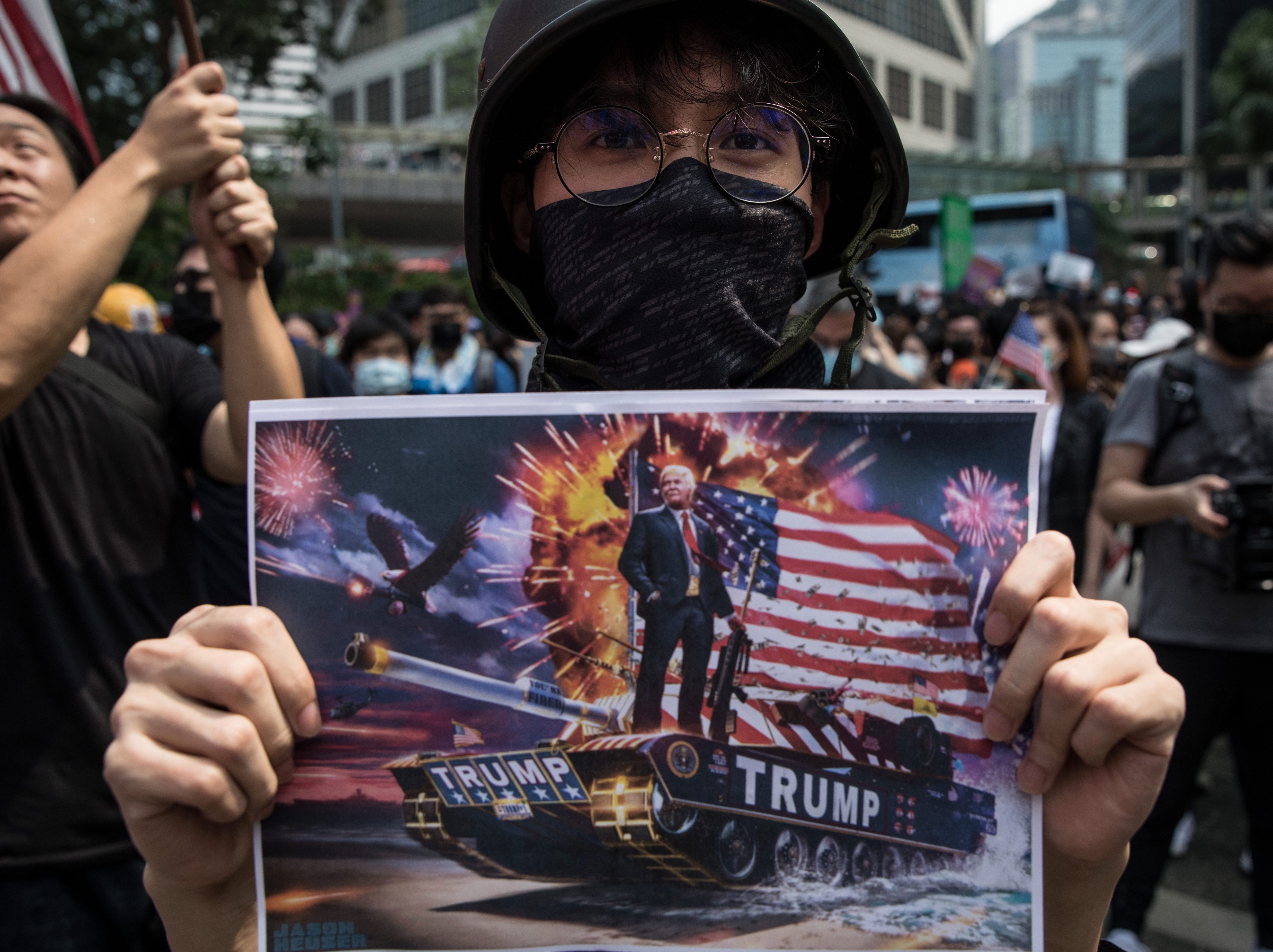