How can artificial intelligence protect whales?

Besides capturing the vigorously blowing winds off the Massachusetts coast, Vineyard Wind is looking to capture something much more subtle as it continues developing the nation’s first commercial-scale, offshore wind farm in coming months: Whale blows — those fleeting clouds of moist breath the marine mammals expel when they surface to get some fresh air.

The company, which is constructing its 800-megawatt Vineyard Wind 1 project in shallow waters 15 miles south of Martha’s Vineyard and bringing the energy ashore at Covell Beach in Barnstable, is planning to use an emerging artificial intelligence and computer vision system called Awarion — developed by Cambridge-based Charles River Analytics — for marine mammal, ship, and fishing gear detection as offshore work gets underway. 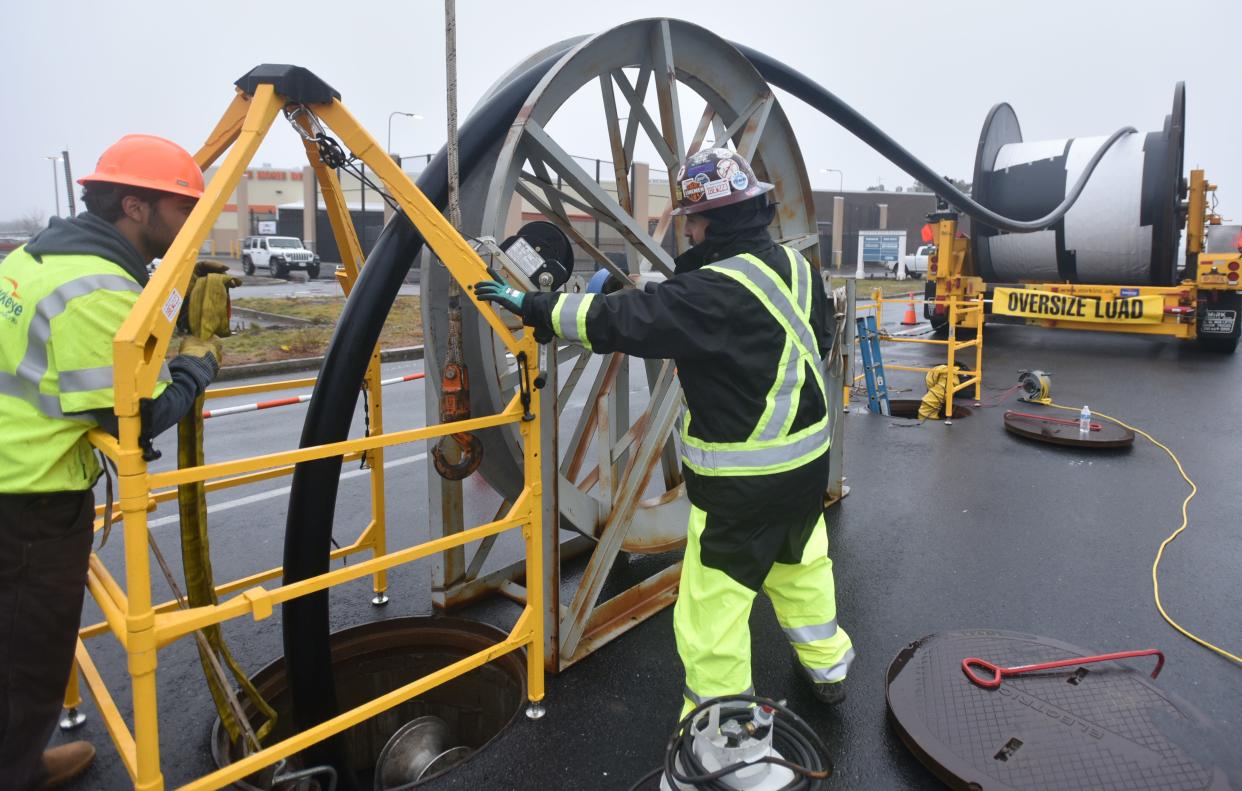 Companies building wind farms offshore must obtain federal permits and comply with a set of requirements intended to minimize harm to marine mammals in the vicinity, such as using acoustic monitoring systems and human observers to watch for endangered mammals.

A key aim of the collaboration between the two companies is to protect the many species of marine mammals, including critically endangered North Atlantic right whales, which live in and migrate through Massachusetts waters from often fatal collisions with ocean-going vessels.

“We are excited about the opportunity to work with Charles River Analytics to advance local technologies focused on reducing the risk of vessel collision with marine fauna,” Klaus Moeller, Vineyard Wind CEO, said.

It’s an exciting prospect for the technology’s developers as well.

“We’ve been in development for this technology for at least the past decade. We use it for different things. We started out really focusing on ship detection, and then transitioned over to looking for whales,” Ross Eaton, principal scientist and director of marine systems at Charles River Analytics, said.

Elaine Coleman, vice president of commercialization at Charles River Analytics, said working with Vineyard Wind is an ideal partnership since object detection and avoidance are so critical to the successful construction, operation, and maintenance of offshore wind projects. The ability to include marine mammal detection in order to avoid negative interactions with them is an added benefit. 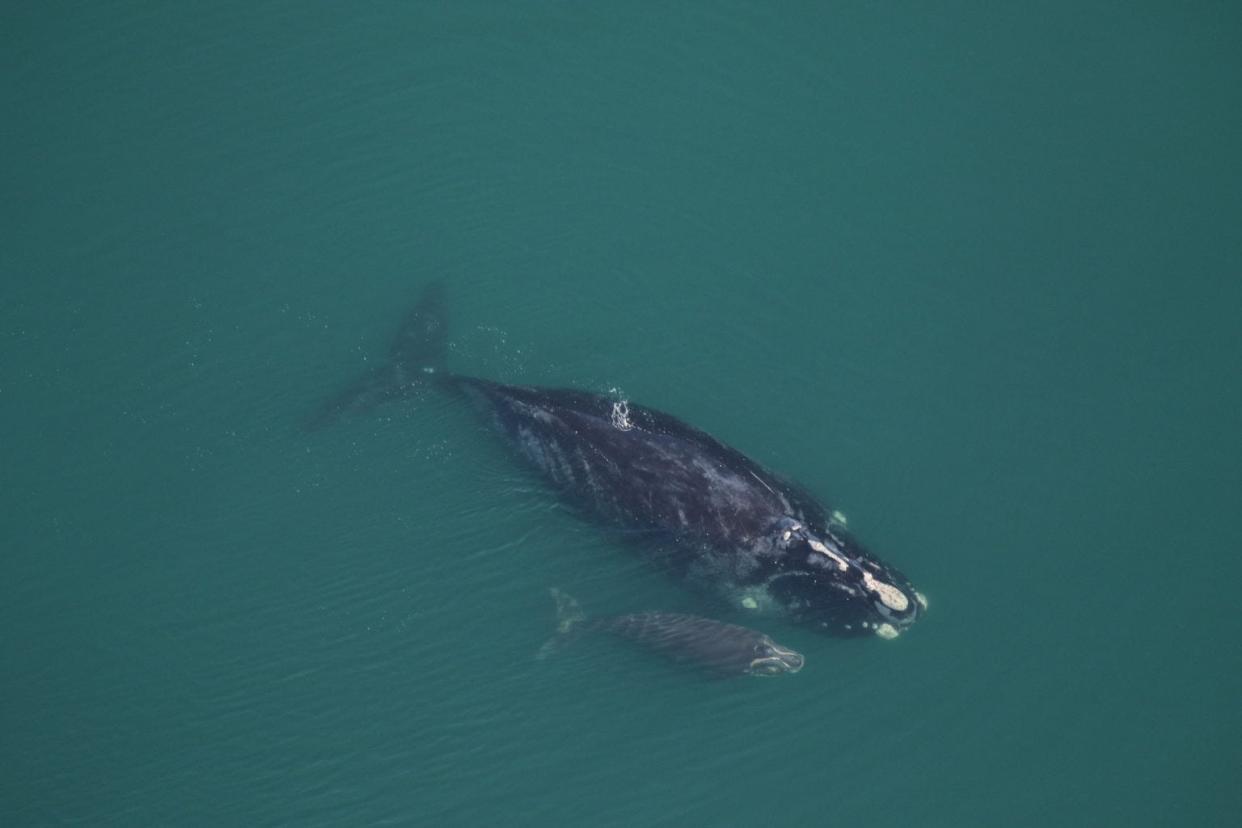 The technology, she said, “is uniquely designed to aid protected species observers’ efforts to detect and protect the area’s marine mammals.”

Awarion, Eaton and Coleman explained, adds another layer of vigilance to that provided by human lookouts, who can become fatigued and distracted, and marine radar systems, which have limited detection capabilities. The system uses electro-optical and infrared video to detect, analyze, and report on the presence of whales, ships, and other objects — such as fishing buoys and equipment — at long distances.

The technology is designed to perform advanced analyses, including trajectory modeling and threat assessment. Its electro-optical and infrared capabilities also provide more detail and resolution than radar, allowing the system to “see” what radar can’t detect, such as a whale blow, as well as to perform object classification, according to the company. 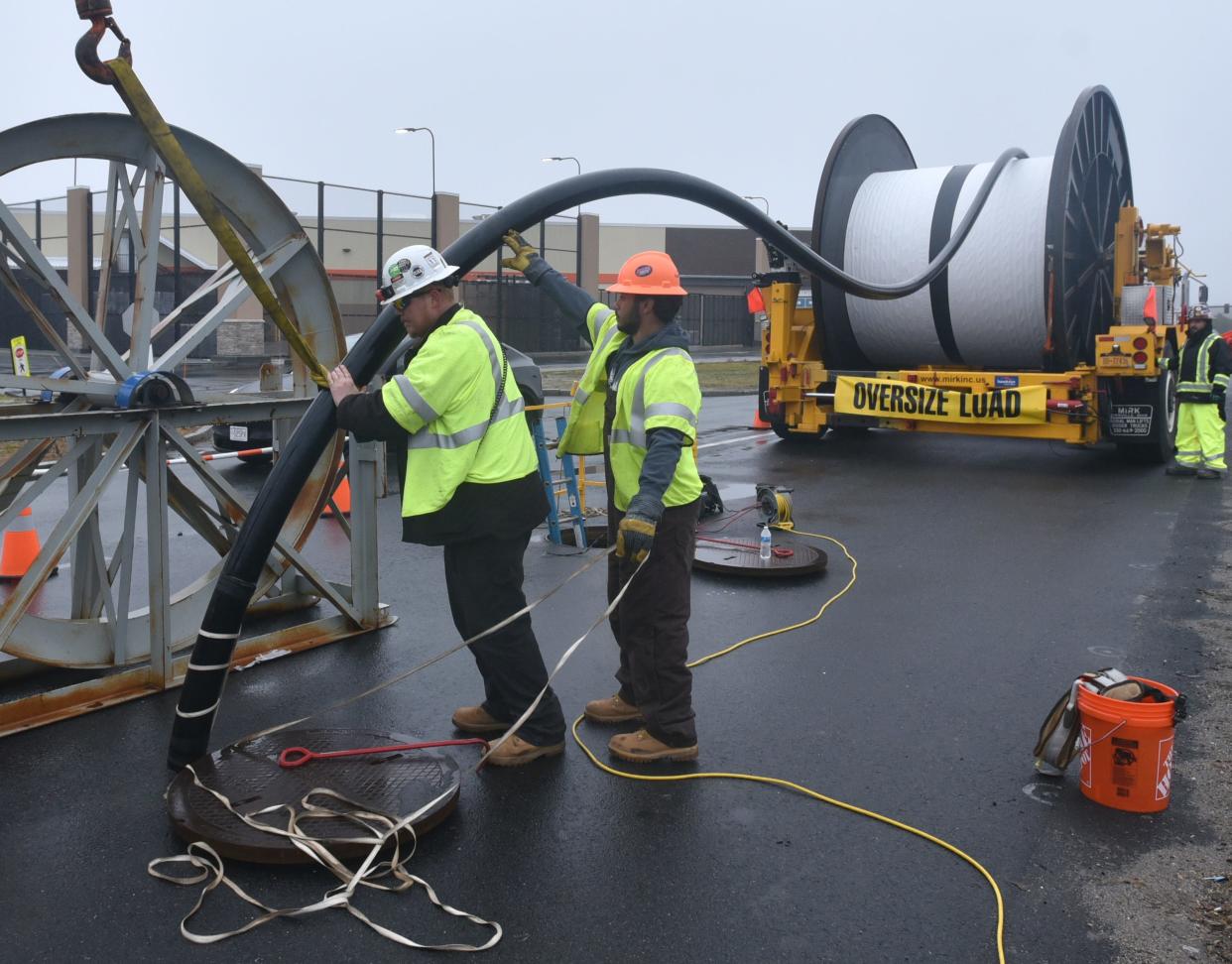 “The basic idea behind the way that our Awarion product works is we provide the computer with a lot of example images showing it what we want to find,” said Ross. “Through AI machine learning pattern recognition, the computer learns what those things look like. The computer recognizes it.”

The system is based on image detection, so it uses both visual and thermal cameras mounted on a high point of a ship. Ross said the goal is to refine the detection of whales at distances adequate enough for mariners to have the time to assess and take any necessary actions to avoid colliding with them.

“We try to maximize the range that we can make those detections at,” he said.

Charles River Analytics, Ross said, is still “very much in the early phases” of testing the system for real-world use on vessels. In developing the system, the company has collaborated with marine scientists, mariners and whale-watching outfits over several years to collect data to understand the technology’s performance and work to perfect it — an ongoing process.

“The knowledge we’ve gained through working with marine mammal experts at the New England Aquarium and veteran mariners has been incorporated into this technology,” he said.

“They’re helping us with the performance. It’s early phases so we need as much data as possible,” Coleman said.

She noted the latest partnership with Vineyard Wind is the first direct relationship with an offshore wind company, supported with funding from the Innovations Marine Mammals Program. That program is what Vineyard Wind created to help develop and employ innovative technologies “to enhance protections for marine mammals as the Massachusetts and U.S. offshore wind industry continues to grow.”

What do the right whale experts think about this new technology?

Charles “Stormy” Mayo, director of the right whale ecology program at the Center for Coastal Studies in Provincetown, said there is a lot of promise in the emerging detection technology.

“A lot of folks in the field are aware of using AI. Just from what I know of the advances in the field, AI shows a lot of promise,” he said.

While a lot of the artificial intelligence technology is still being proven, he said, the effort to locate whales in the areas where offshore wind is being developed “is deserving of that kind of approach.”

Such technology, he said, needs to be proven by testing it in tandem with traditional methods, such as human observers and aerial surveys, then comparing the results. The effort Vineyard Wind and Charles River Analytics are undertaking, he said, is a good step.

“I think it’s got to start somewhere and this is a good place to try it,” he said, noting it will either eventually become acknowledged as a proven concept or areas for improvement will be identified.

“They may get enough information from it so they can demonstrate where and when that method can be used,” Mayo said.

Once it’s been proven, Mayo said, “then it can be increasingly used.”

Boat strikes are one of the main causes of severe injury and death for whales foraging along the coast. Efforts are ongoing to mitigate the problem, including the implementation of seasonal boat speed restrictions.

Is this new technology part of the overall effort to protect whales?

“I think there are a lot of organizations that recognize the importance of this work. Everyone is doing what they can to preserve the whale species that are moving along the East Coast,” Ross said. “Ultimately, the goal is to make it so that every boat on the water can be smart and help avoid these whales.”

Especially with North Atlantic right whales, who tend to be passive feeders hanging out quietly at the surface with their mouths open, “every one is a huge loss to the population, percentage-wise,” Ross said.

A report released in the fall by the North Atlantic Right Whale Consortium estimated only about 340 of the animals — plus or minus seven — remained during 2021, and indicated only about 70 of them are females of breeding age.

“Coming into this work as a company we’re focused on technology development,” said Ross. “Getting to apply it to this kind of meaningful challenge is really gratifying for us,” especially as the developers “come to understand more and more about these animals and what they’re facing.”

Through the partnership with Vineyard Wind, he said, “the goal is to demonstrate the utility of the technology.”

“Awarion is a ‘win-win’ for our team in that it combines marine science and cutting-edge technology that will have a positive impact on the natural environment,” Ross said.

Vineyard Wind, which is expected to generate electricity for more than 400,000 homes and businesses in Massachusetts, intends to begin delivering clean energy later this year.