Hundreds of migrants occupy France’s Charles de Gaulle airport, demand to meet the Prime Minister and call for an end to deportations

Hundreds of undocumented migrants occupied a terminal at Charles De Gaulle airport in Paris yesterday to protest against Air France carrying out deportations and demanding they be given permanent residency.

The protesters called on Air France to ‘stop any financial, logistical or political participation in deportations’ and demanded a meeting with its leaders, as well as French Prime Minister Edouard Philippe. 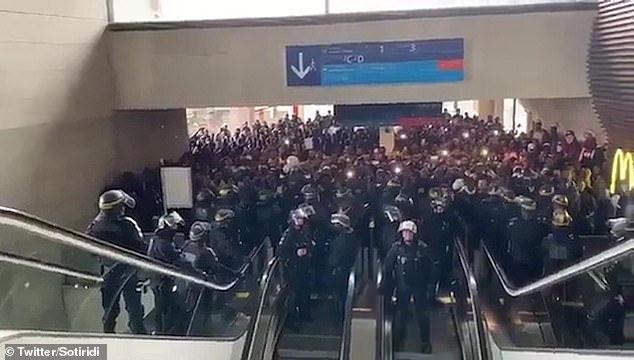 Members of the organisation, which describes itself as the biggest union of undocumented immigrants in France, also call themselves GiletsNoirs – or black vests.

In the footage, one demonstrator can be heard saying into a megaphone: ‘France does not belong to the French! Everyone has a right to be here!’

The terminal was reportedly shut down but the airport said no flights were affected.

The protesters, who are reportedly from Africa, were heard calling for the Prime Minister to give all of them permanent legal status and the necessary papers to remain in France. 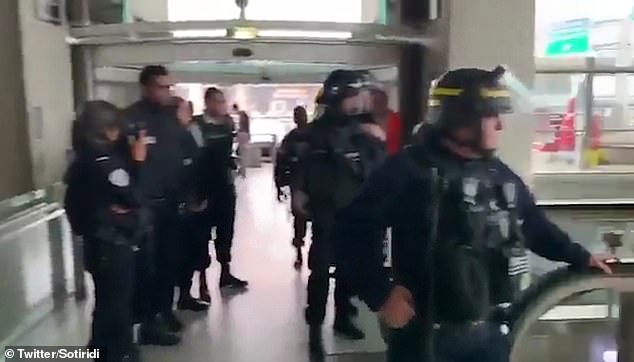 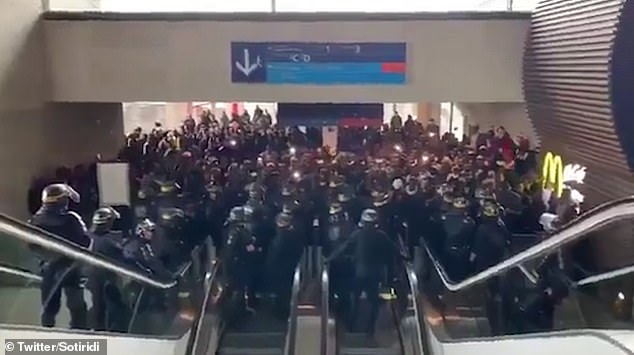 In an official statement, the group said it wanted to meet with Mr Philippe to discuss the country’s asylum policy.

‘It is not by chance that we find ourselves in this place,’ the group said, amid reports it chose the airport because of its proximity to the town of Le Mesnil-Amelot, the site of an administrative detention centre for migrants.

But one migrant told the paper that the protests would continue until the demands were met.

‘We have targeted Air France, and other actions will follow,’ he said.

The occupation comes amid protests by France’s ‘Yellow Vest’ movement, which began over fuel tax reforms and have continued every Saturday for more than six months, leading to some 4,000 injuries.