London: Camilla, the Queen Consort, has paid tribute to her “dear mother-in-law” in her first speech since the death of Queen Elizabeth II.

She spoke of the late Queen’s “enduring love” for the Commonwealth and said the messages of condolence that had poured in from around the globe had helped to “heal, reassure and offer hope” in the midst of grief. 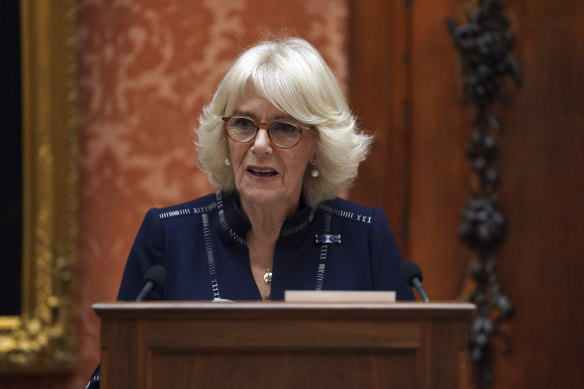 Camilla, the Queen Consort, speaks at a reception at Buckingham Palace in London. It was the first speech by the former Duchess of Cornwall, since her Charles became King and her Queen Consort.Credit:AP

The 75-year-old was speaking at a Buckingham Palace reception for winners of the Queen’s Commonwealth Essay Competition, the world’s oldest international writing contest for schools, established in 1883.

“I cannot begin without paying tribute to my dear mother-in-law, Her late Majesty, who is much in our thoughts today and who is so greatly missed by us all. She had been patron of the Royal Commonwealth Society since 1952 and throughout her remarkable reign, its vision to improve the lives and prospects of all Commonwealth citizens remained, as you know, very close to her heart,” she said.

“It was on this date, November 17, that Queen Elizabeth I came to the throne in 1558. She once said of herself that, while she was aware of the merits of the monarchs who had preceded her, ‘you never had any that will love you better’. A description that might just as well apply to Queen Elizabeth II and her enduring love for the Commonwealth.” 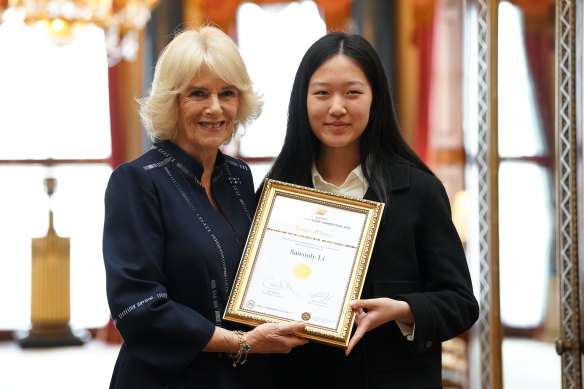 Camilla poses with Sawooly Li during a reception for the Queen’s Commonwealth Essay Competition 2022 winners at Buckingham Palace.Credit:Getty Images

She praised the talent of young writers from across the group of nations and paid tribute to the power of literacy and language in being able to bring people together.

The theme of this year’s essay competition was “Our Commonwealth” and the Queen Consort said that many entrants had explored inspirational leadership.

The Queen said the late South African leader was a man who “understood the power of language”, describing how he wrote speeches and letters from prison during apartheid “that would change his country, his continent and the globe forever”.

The Queen Consort has been vice-patron of the society since 2018.