Italy cable car: Doctor, 40, texted her sister 'we're getting on' before ‘cable snapped’ – killing 14 including boy, 2

A DOCTOR sent a last message to her sister to say she was boarding a cable car in northern Italy – an hour before it plunged 20 metres to the ground, killing 14.

Roberta Pistolato, a doctor working on the frontline of Italy's battle against Covid, died in the tragedy as she celebrated her 40th birthday with her boyfriend Angelo Gasparro, 45. 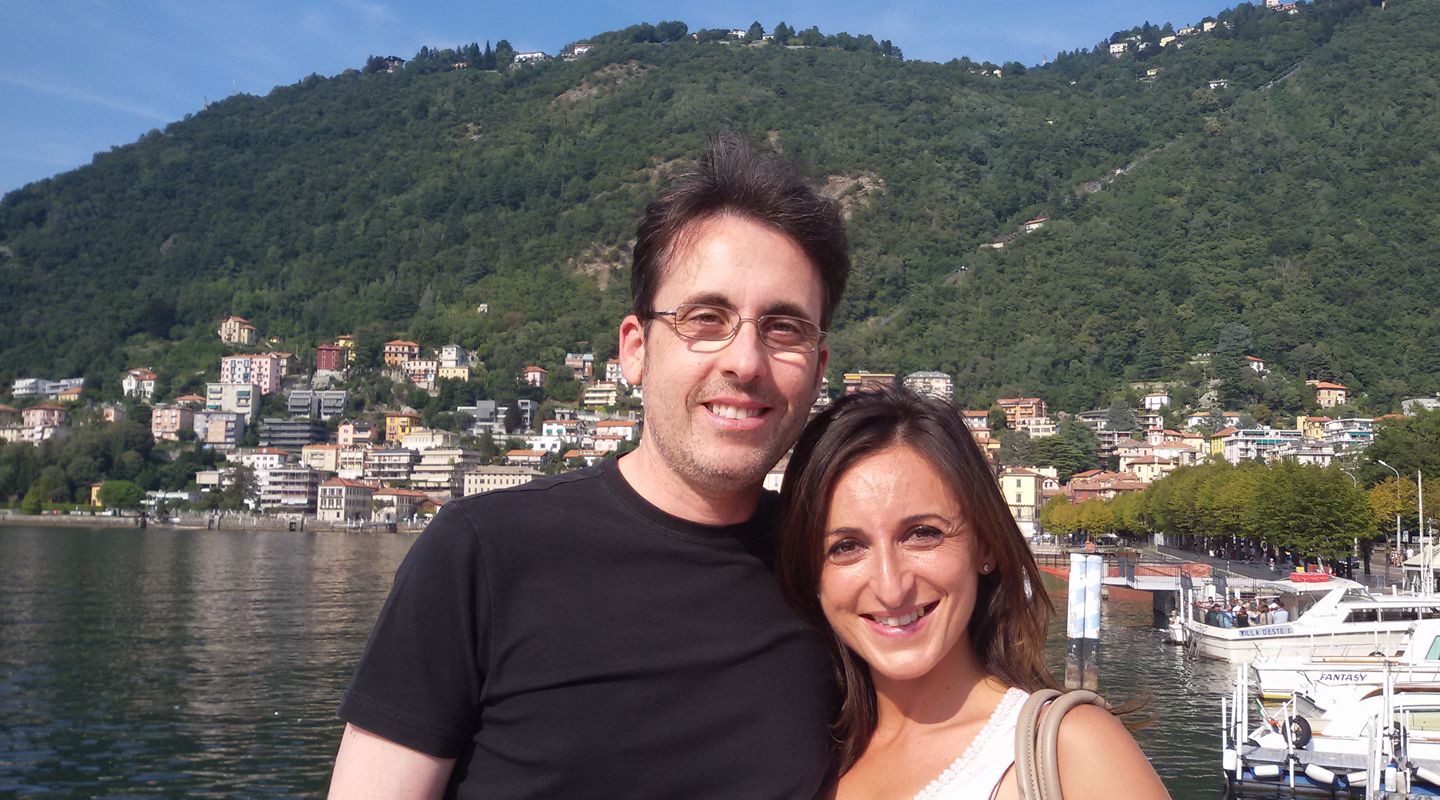 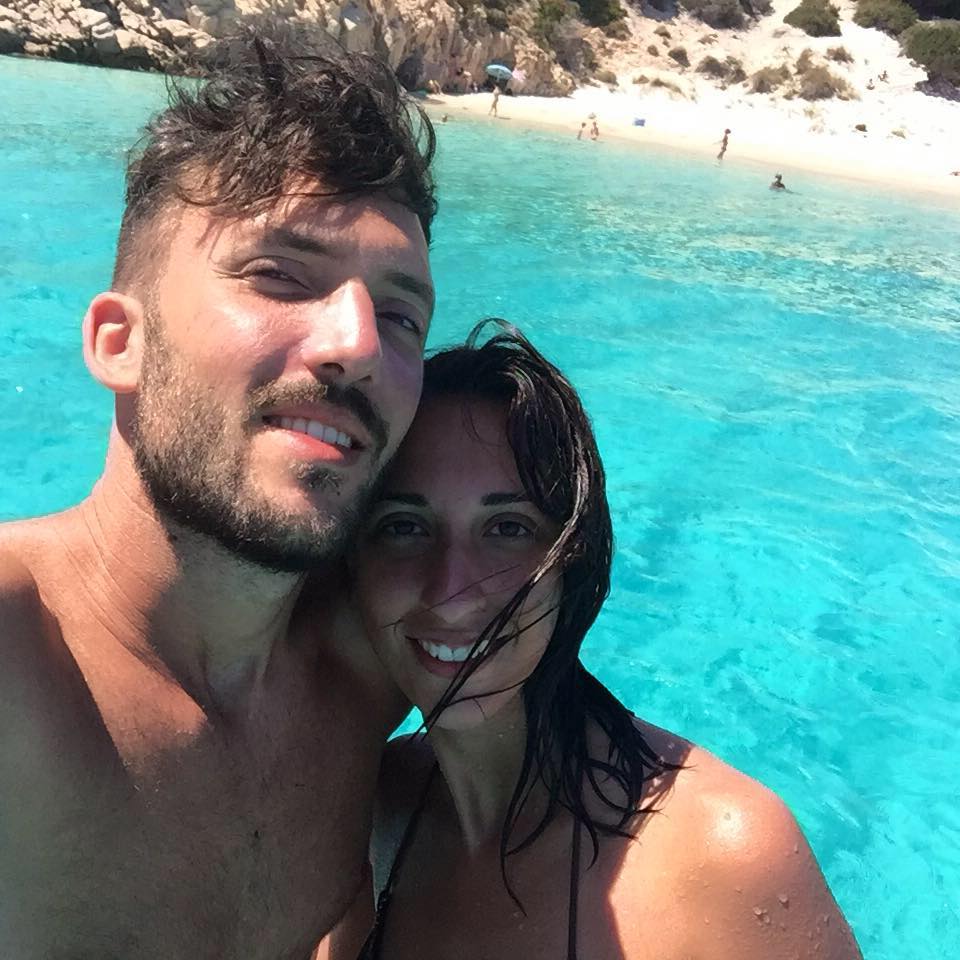 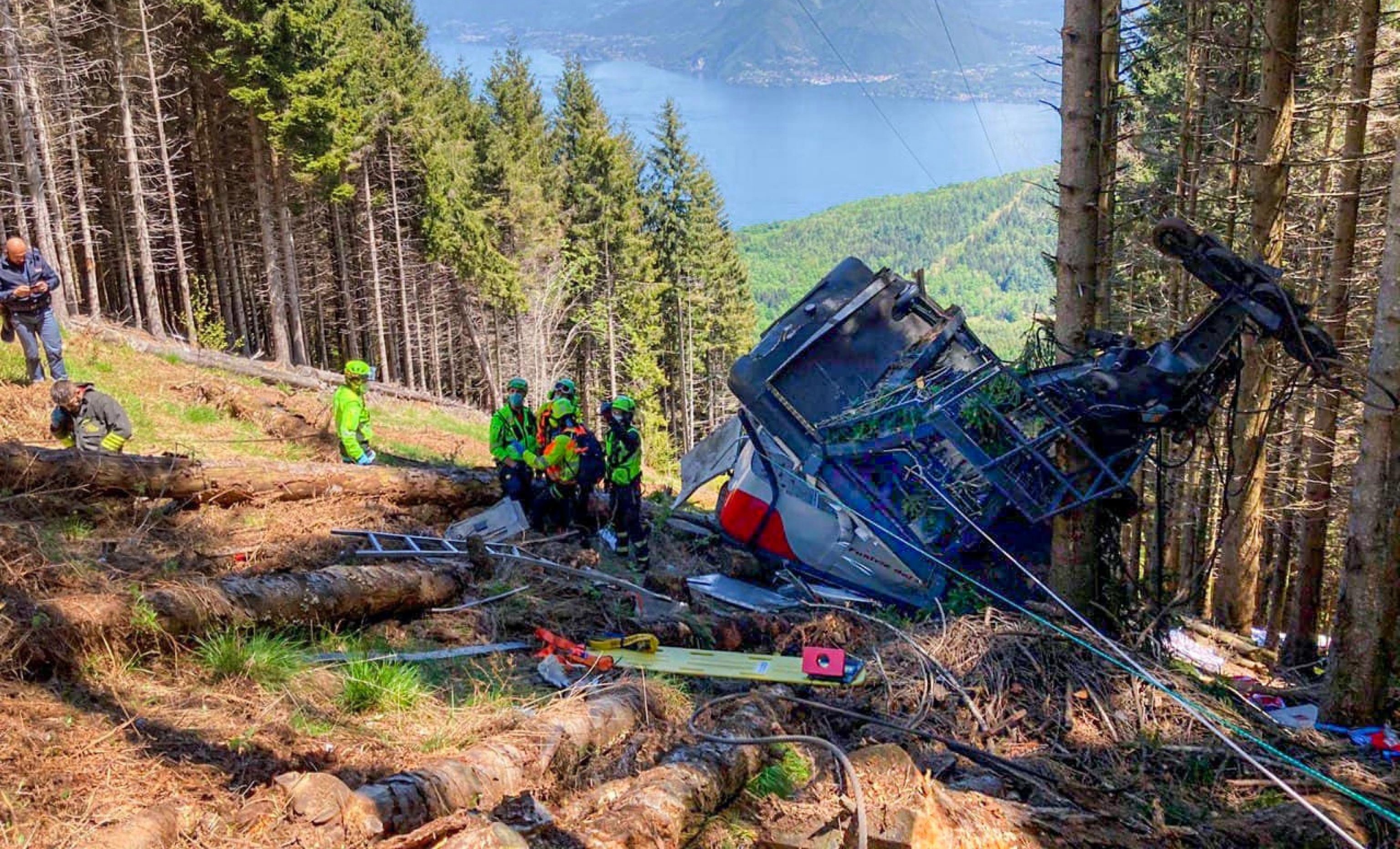 Shortly before the horror, believed to have happened when a cable snapped near the summit of a 4,900ft mountain in Mottarone, Ms Pistolato texted her sister: "We're getting on the cable car."

One family, originally from Israel and living in Italy, lost five members in Sunday's tragedy, including a two-year-old boy and an 81-year-old grandmother, when the car fell 65ft.

A nine-year-old boy died after being airlifted to a hospital in Turin.

The only survivor of the tragedy is a five-year-old boy, who remains in a serious condition with injuries to his head, legs and chest.

The area's mayor Marcella Severino says it's believed the disaster was caused by a snapped cable, although the cause is under investigation. 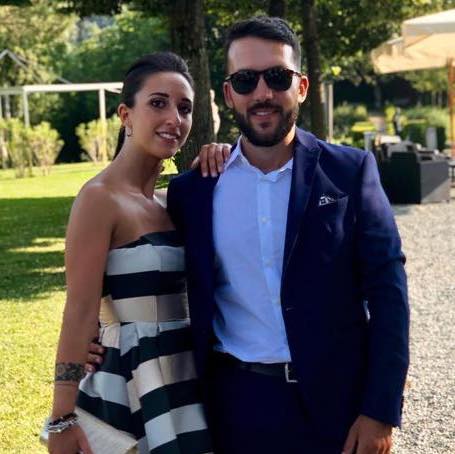 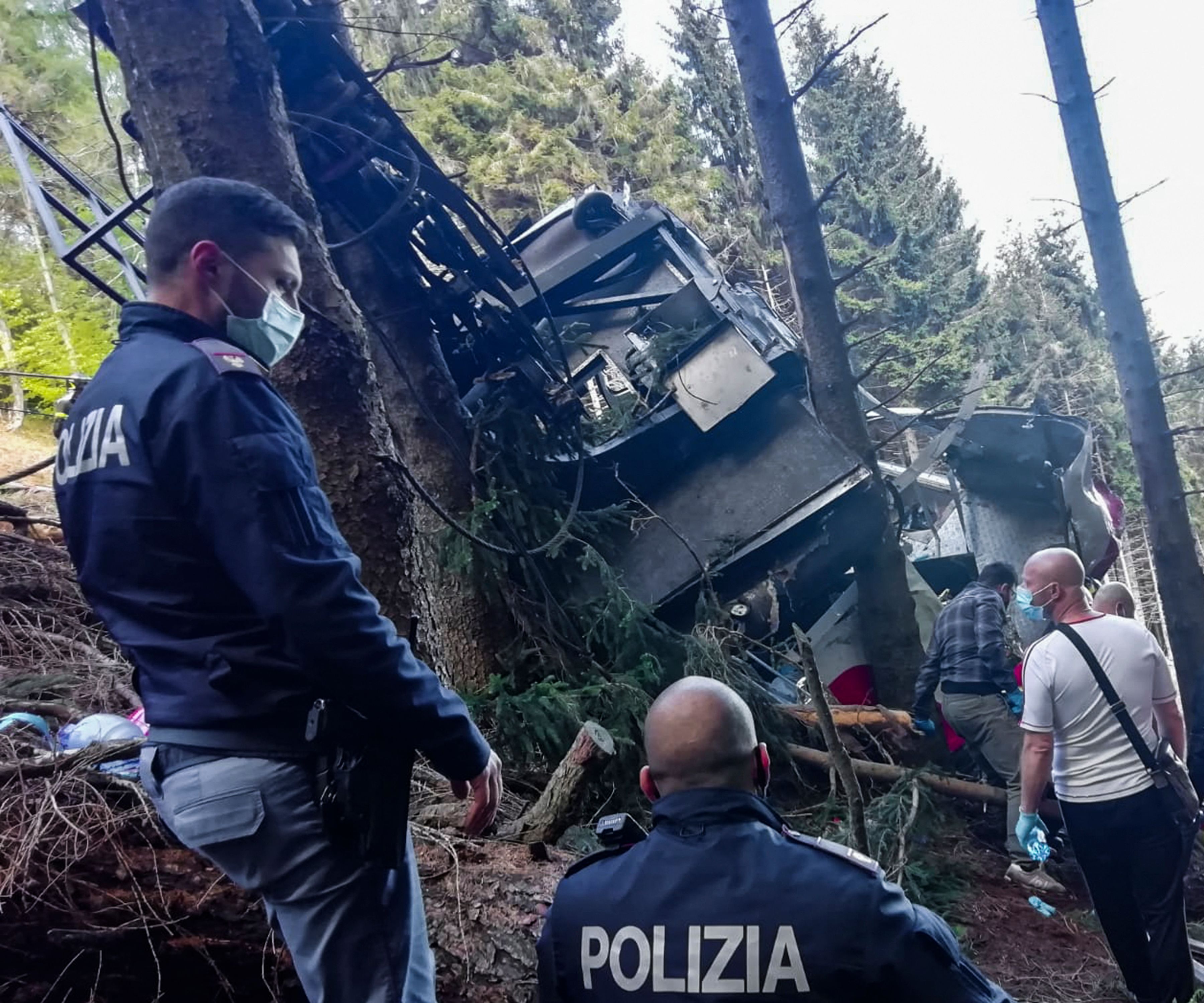 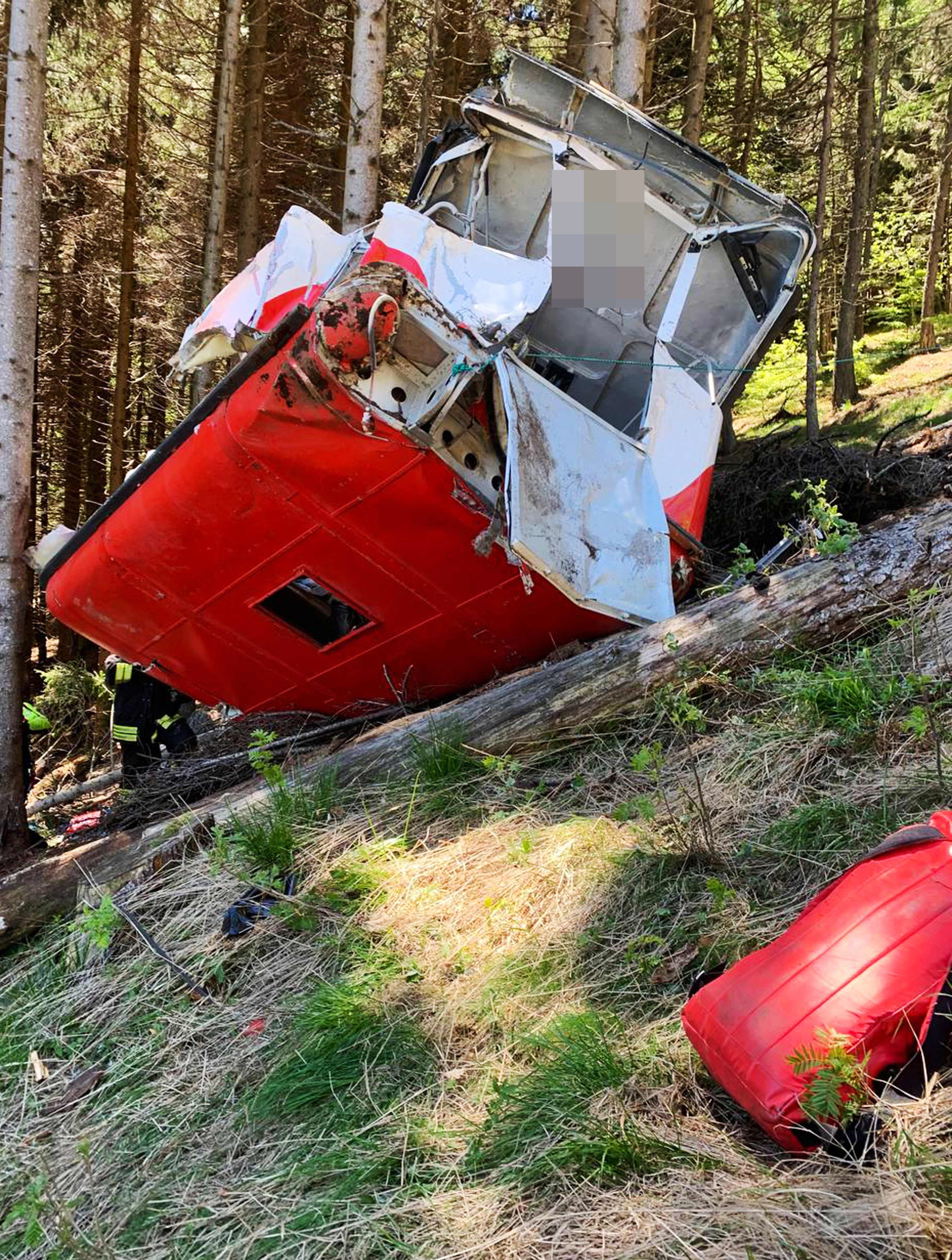 Ms Pistolato and Mr Gasparro, who lived in Castel San Giovanni, had taken a trip to the mountain to celebrate her birthday, la Repubblica reports.

Mr Merlo and Ms Malnati were from the northern city of Varese, where neighbours told of their devastation.

Ms Severino said hikers heard a bang as the car shot backwards and toppled to the ground.

"Some were killed inside, while others were thrown from the car. It appears the cable gave way, and walkers saw it happen," she said.

"They heard a loud bang and saw the cable car just before the summit and then it accelerated backwards, struck a support pillar and fell.

"Where it hit the ground is a remote spot, it's on the edge of some woods, and the witnesses said it rolled three times before stopping against some trees."

The mayor added: "We are devastated, in pain. 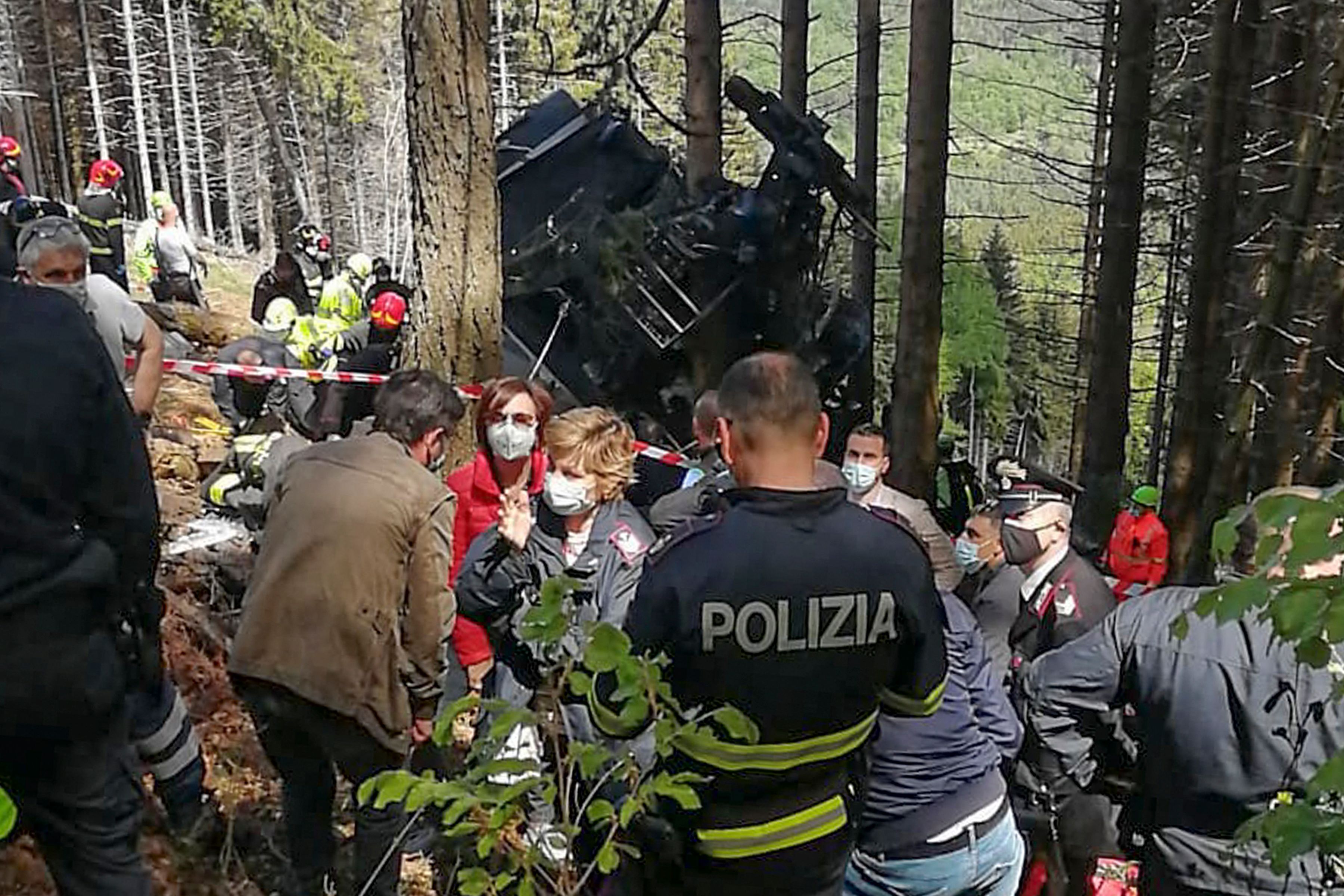 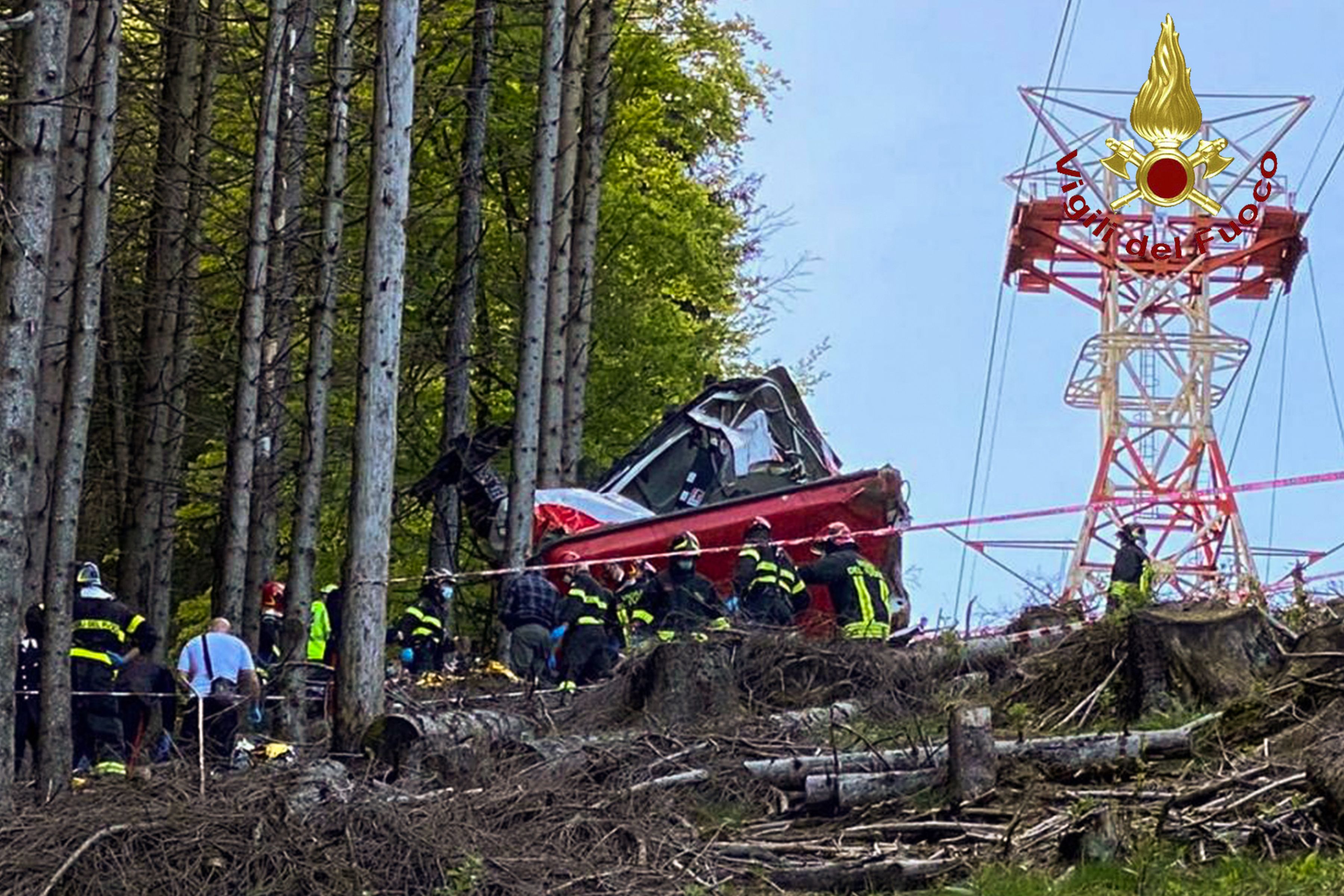 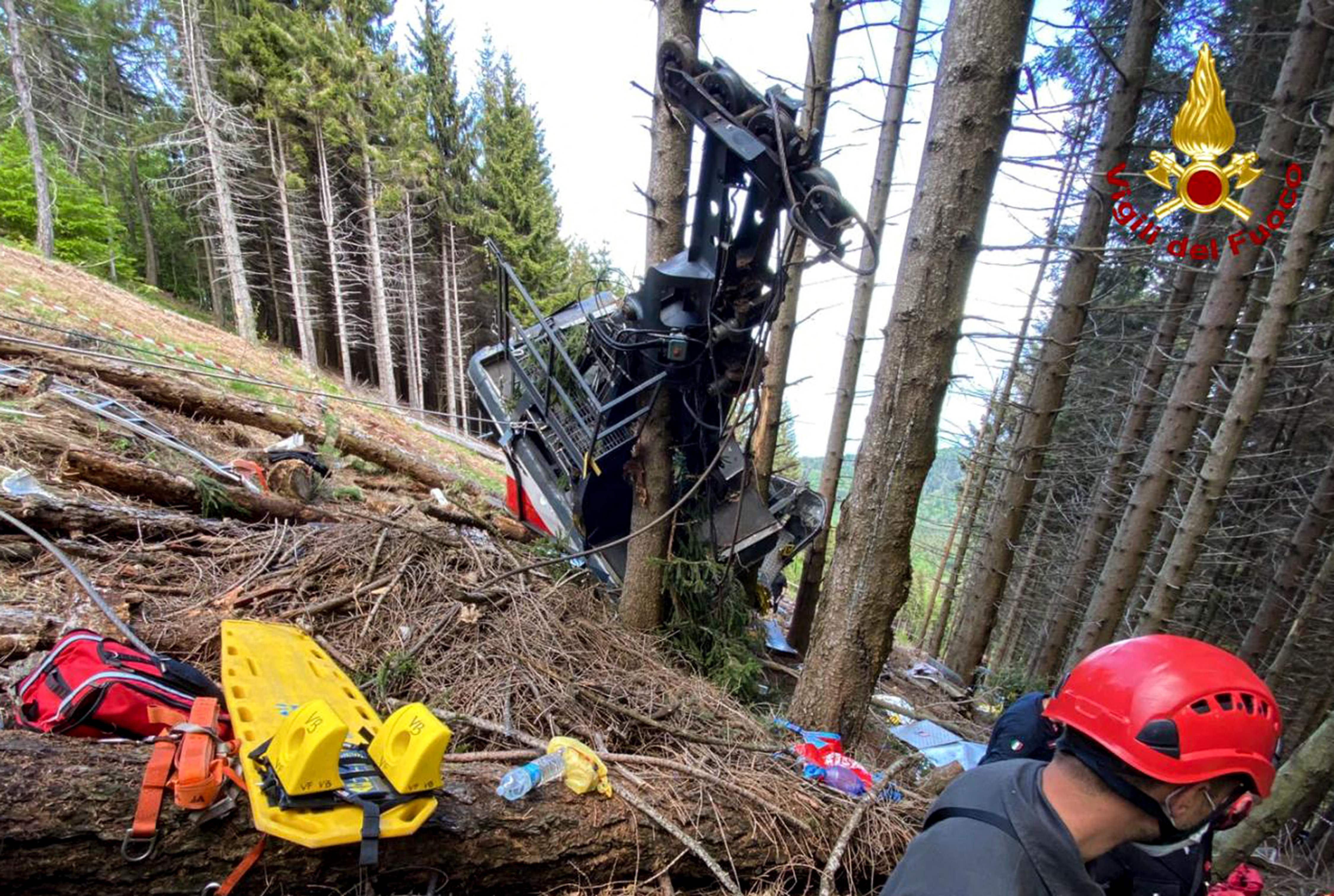 "It's a terrible moment for me and for our community and I think also for the whole of Italy."