The Princess of Wales spoke with dignitaries from the 14 other countries that have our monarch as head of state. 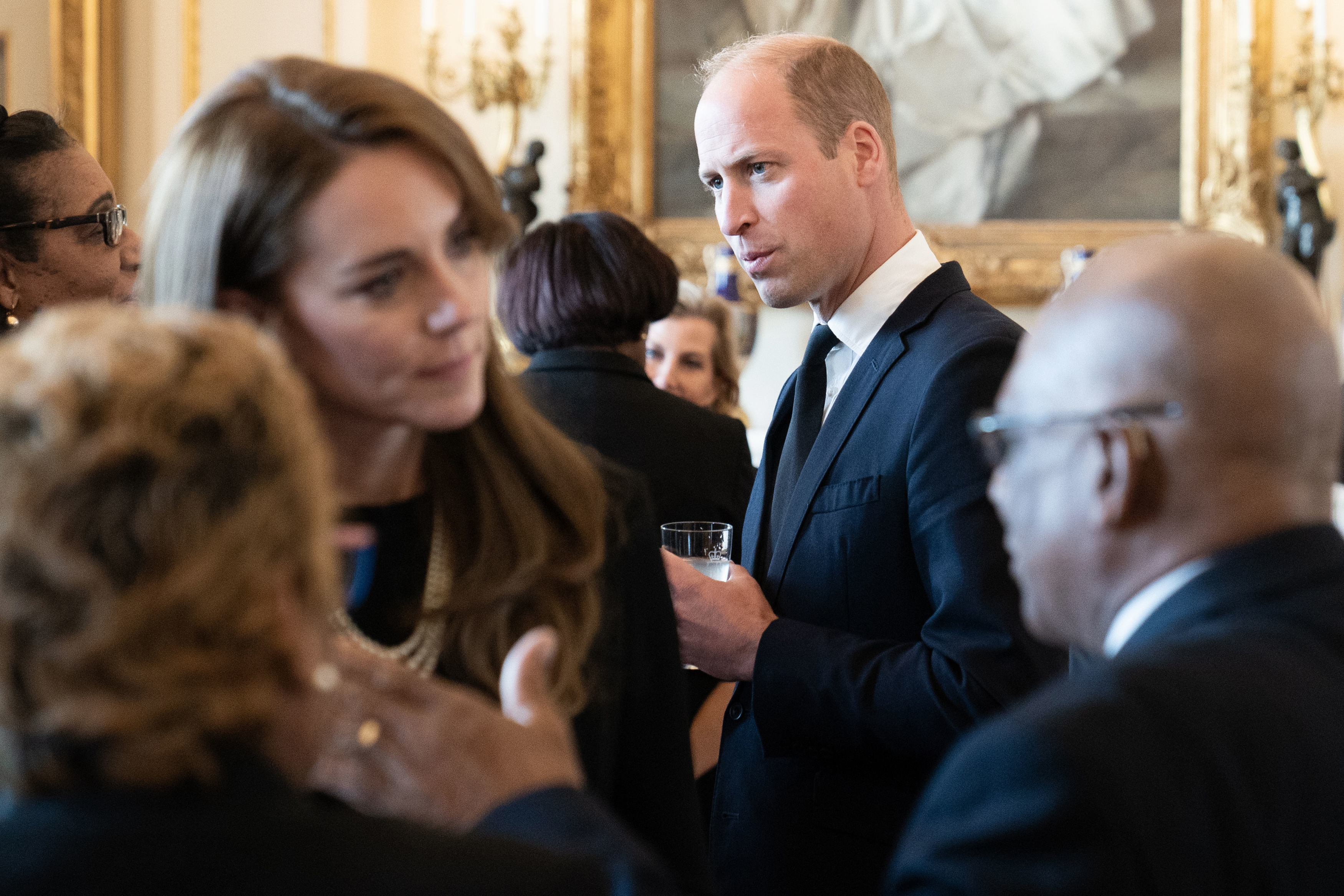 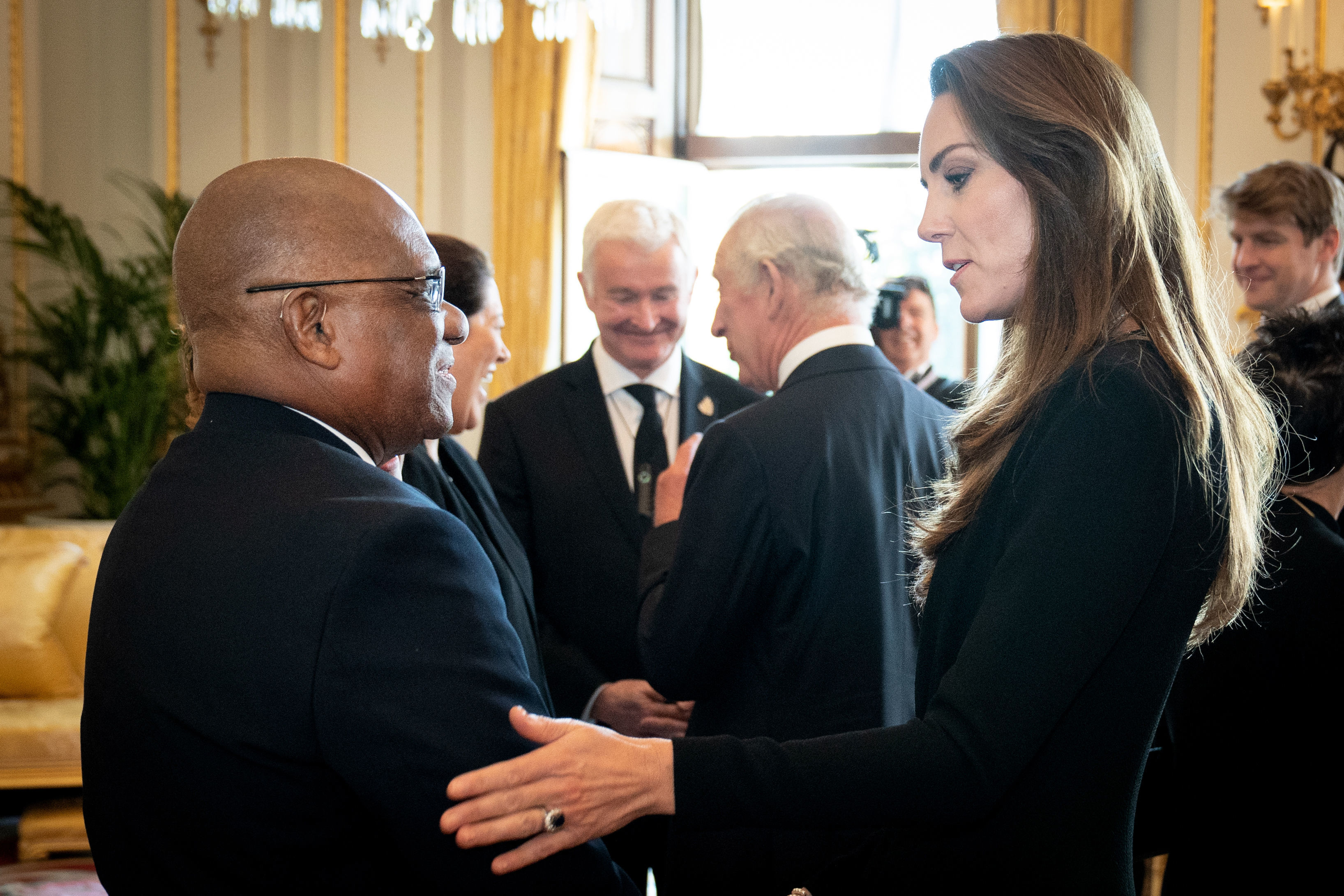 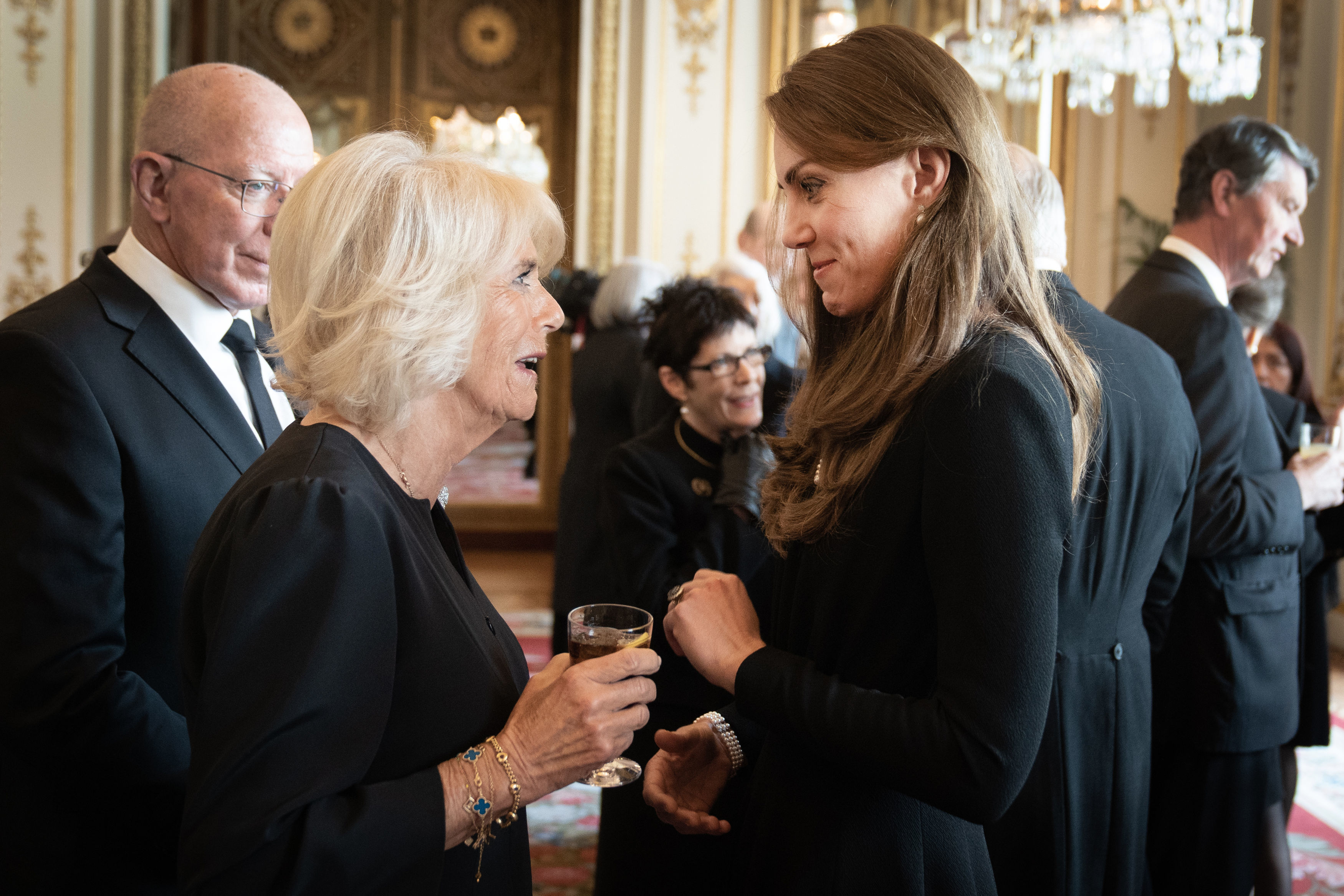 Princess Anne and the Earl of Wessex also attended this afternoon's lunch for the governors-general of the Commonwealth nations at Buckingham Palace.

Prince William was pictured speaking with Governor of St Vincent and the Grenadines, Dame Susan Dougan.

The governors-general of Antigua and Barbuda, Australia, the Bahamas, Belize, Canada, Grenada, New Zealand, Papua New Guinea, Saint Lucia, Saint Vincent and the Grenadines, the Solomon Islands and Tuvalu were among those present.

READ MORE ON THE QUEEN’S DEATH 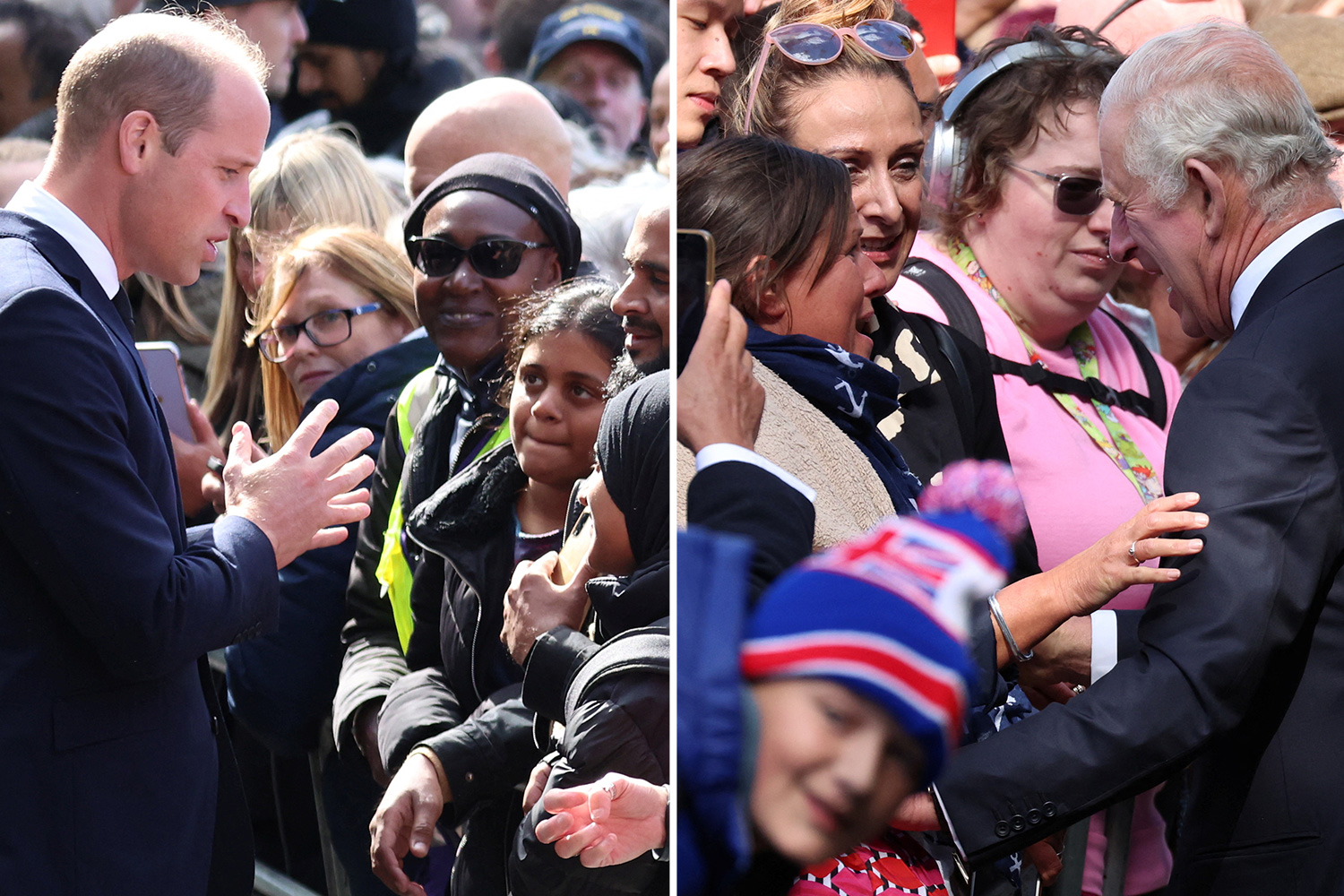 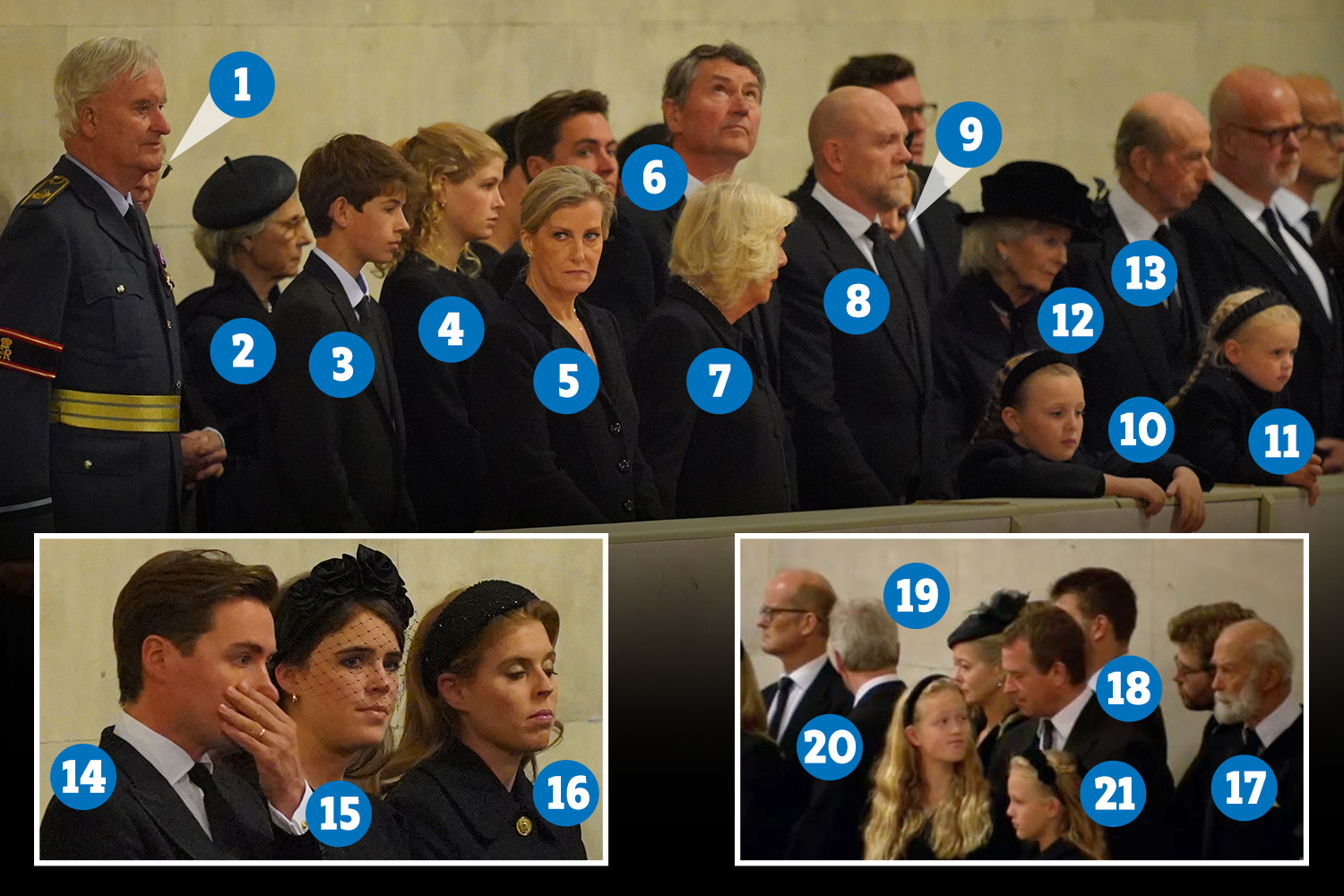 The Earl and Countess of Wessex have met well-wishers outside Buckingham Palace.

Prince Edward told them the Queen would appreciate the number of people paying their respects.

It comes after Kate and William joined the King and Queen Consort to greet mourners queuing for the Queen's lying in state earlier today.

Crowds cheered as the monarch and his son arrived to thank people for waiting up to 26 hours to pay their respects to Her Majesty at Westminster Hall.

Hundreds of royal fans in line in Lambeth, south London, applauded as Charles, 73, and William, 40, emerged together.

Many took photos and pressed against the metal barriers, eager to exchange a word with the pair.

The father and son shook hands with those closest and smiled and waved at those in the back.

One person told Wills: "You'll be a brilliant king one day", before he said to another: "It really means a lot that you're here."

And at one point, he warned royal fans "it's very emotional when you get in there" as he prepped them for stepping foot inside the Palace.

One woman offered His Majesty condolences as he held her hand, and another cried out: "I can't believe this."

Dozens bellowed "hip hip hooray" as the duo moved down the pavement, stopping for a few moments with each person.

Several people could be seen calling their friends and relatives on the phone to tell them what they had just witnessed.

There was a sea of phones trying to snap a photo of one of the royals on the impromptu walkabout, but their security guards encouraged people to "enjoy the moment". 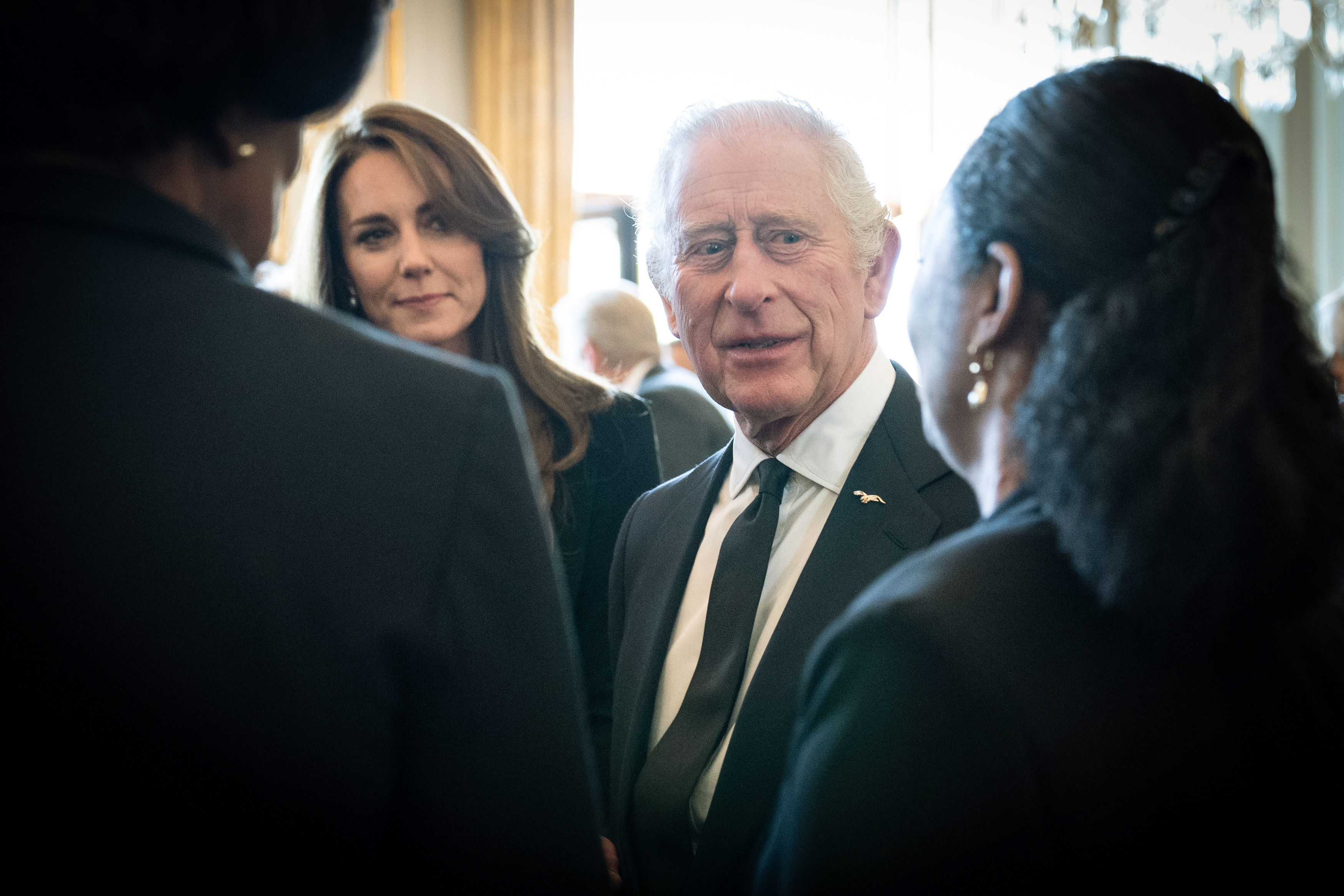 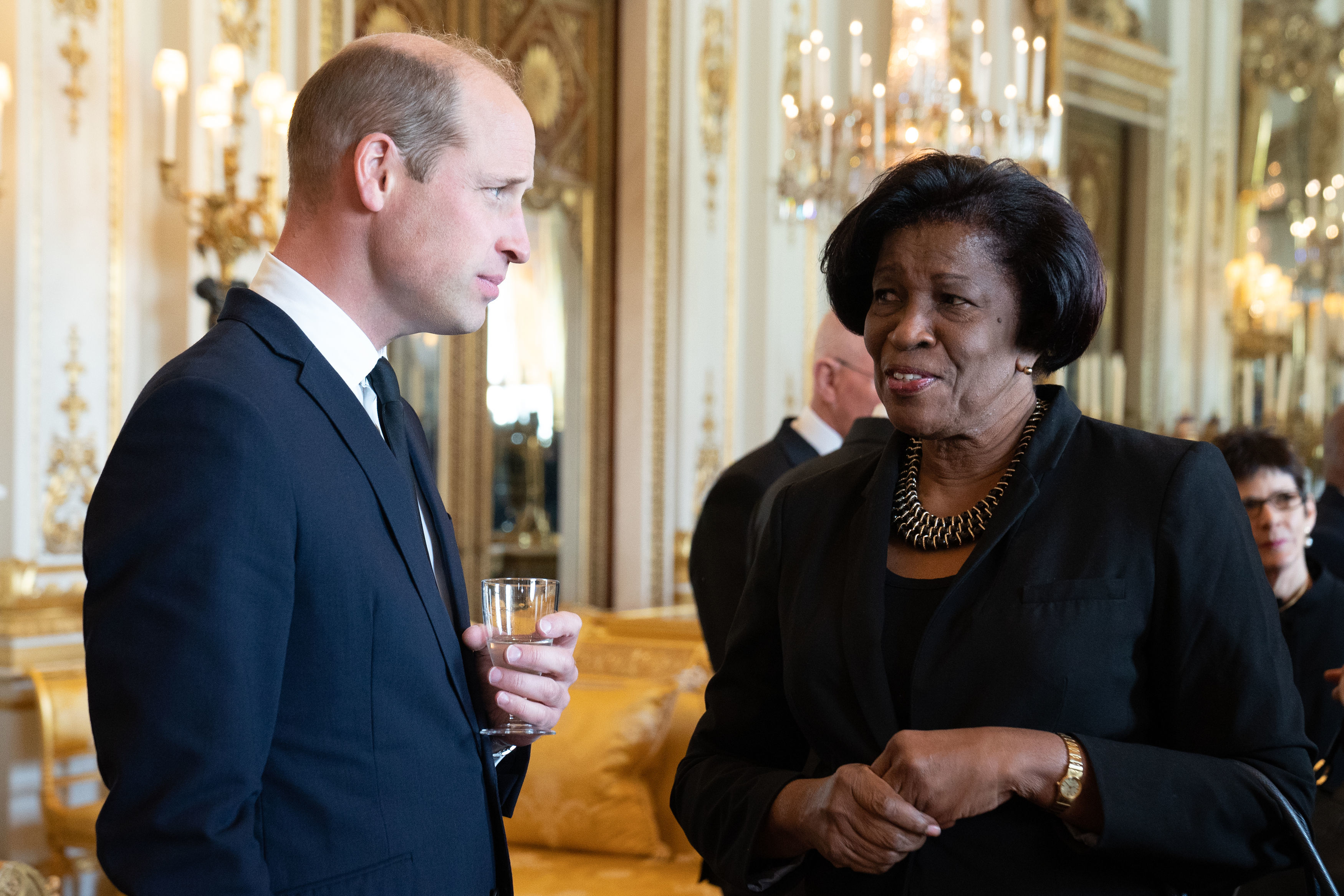