Business class flying should be scrapped to cut carbon emissions, according to the boss of Luton Airport’s largest airline.

He said: ‘Business class should be banned. These passengers account for twice the carbon footprint of an economy passenger, and the industry is guilty of preserving an inefficient and archaic model. 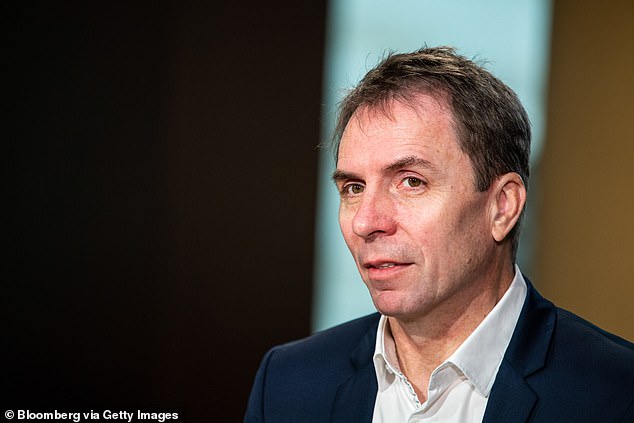 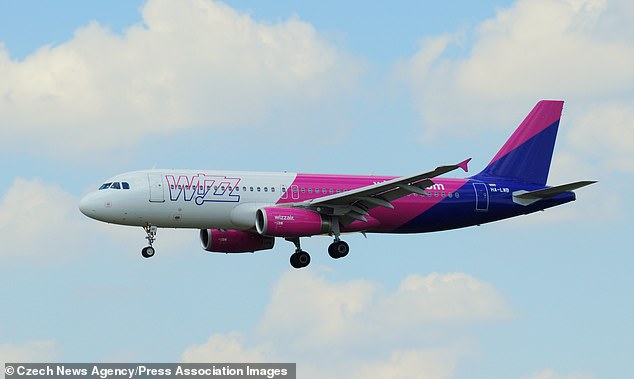 Low cost airline Wizz Air has the largest number of flights in and out of Luton Airport, file photo

‘A rethink is long overdue, and we call on fellow airlines to commit to a total ban on business class travel for any flight under five hours.’

Mr Varadi urged the aviation industry to be more aggressive in cutting its carbon footprint ‘if we are truly to make a difference’.

Wizz Air says it operates at the lowest CO2 emissions per passenger among its competitors and expects to reduce its figure by 30 per cent over the next decade.

Airlines rely on business class travellers for a substantial portion of their profits as the tickets can cost several times more than those in economy.

British Airways is among the carriers offering business class on short-haul trips. 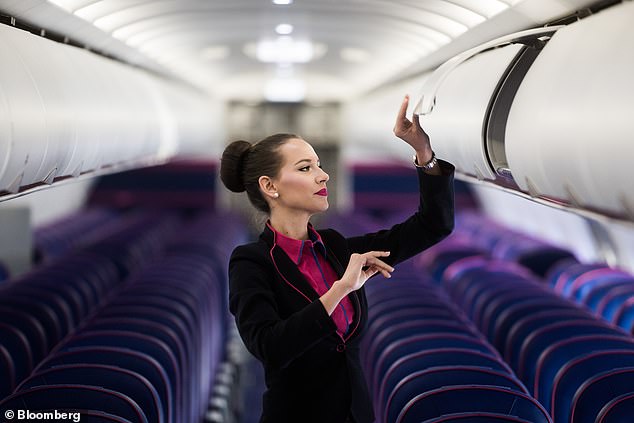 This summer, Wizz Air overtook easyJet in having the most seats available to passengers flying from Luton

The middle seats in its Club Europe cabins are kept free, increasing the comfort of passengers but reducing their aircrafts’ capacity.

This summer, Wizz Air overtook easyJet in having the most seats available to passengers flying from Luton.

The airport is also the UK’s busiest for private jet flights.

It emerged last week that the Labour Party is considering banning private jets from 2025 if it wins the General Election.

Who is Jozsef Varadi, chief executive officer of Wizz Air? 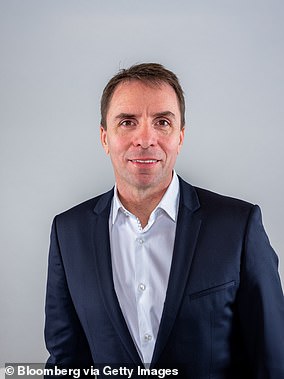 He founded the airline in 2003, having earlier worked at Procter and Gamble as well as the chief commercial officer of Malev Hungarian Airlines.

During the summer, Wizz Air overtook easyJet as the airline offering most seats from London’s Luton Airport.

The airline has 119 aircraft and carries 37 million passengers on 710 routes from 151 airports across 44 countries.

The airline is strongest in Central and Eastern Europe and is expanding next year in Poland, with four new aircraft allowing 15 new routes.