Man, 65, who lived in shipping container for 30 years ordered to leave

A 65-year-old man who has lived inside a shipping container in south Wales for 30 years has been ordered to leave within six months because he did not get planning permission.

Former tip worker Stephen Gibbons has lived at the site in St Brides, Newport since 1992 – but the council claim he has been living on the three acres of his farm without notifying them about a change of use.

Mr Gibbons said he had to live at the property since getting divorced but insisted it ‘isn’t a secret and it never has been’, adding: ‘All the neighbours and everyone knows I’m here.’

But Newport council’s planning committee say he never notified them or applied for a change of use to the former agricultural buildings and yard – with 14 sheep and a handful of horses and goats – to a mixed-use facility, which includes using for vehicle repairs and a dwelling.

Mr Gibbons said he has not repaired vehicles at the farm other than one tractor, but accepts that he has lived at Lighthouse Farm for decades and never notified the authorities. 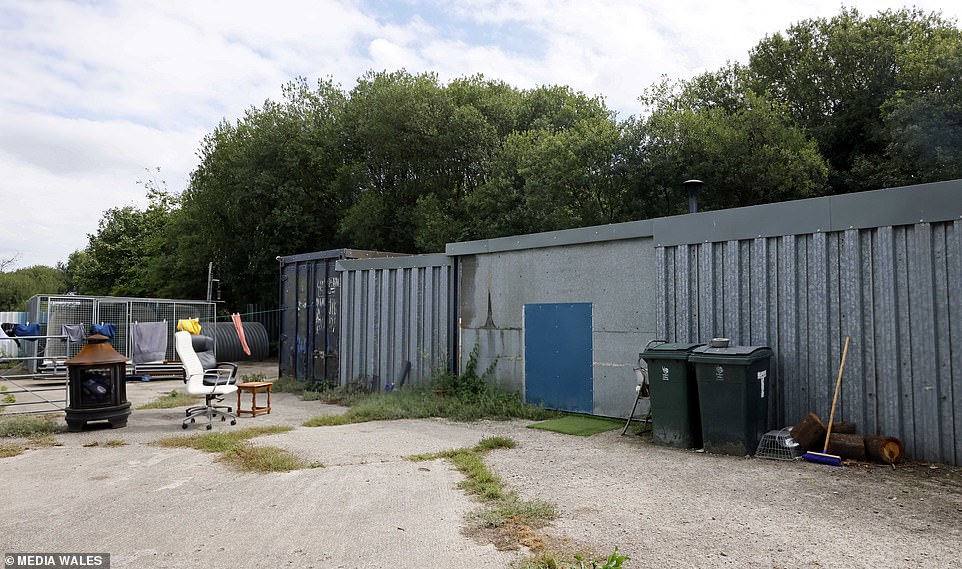 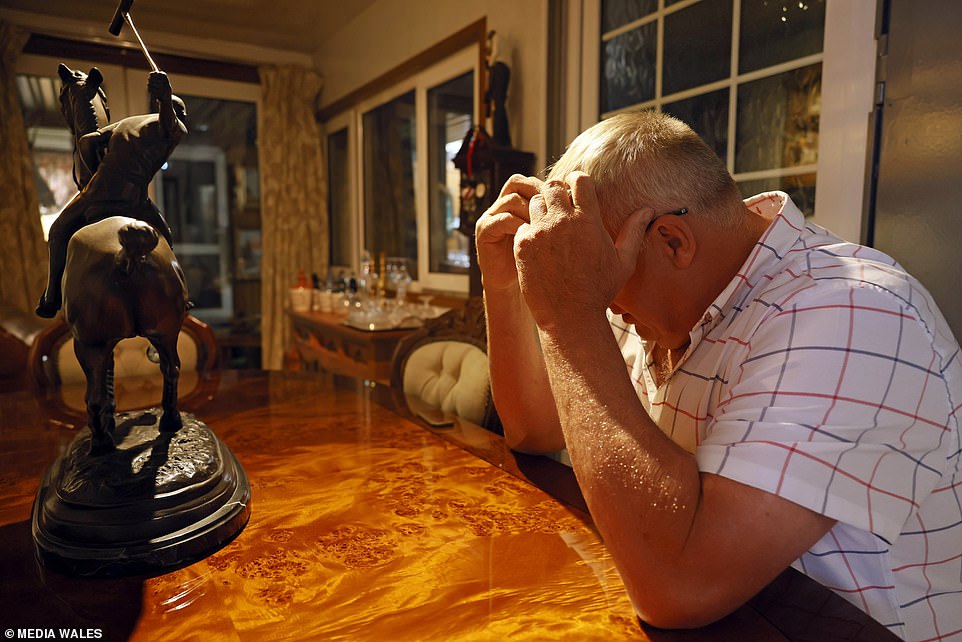 Stephen Gibbons, a former tip worker, (pictured) has lived in the luxury pad in St Brides, Newport, south Wales since 1992 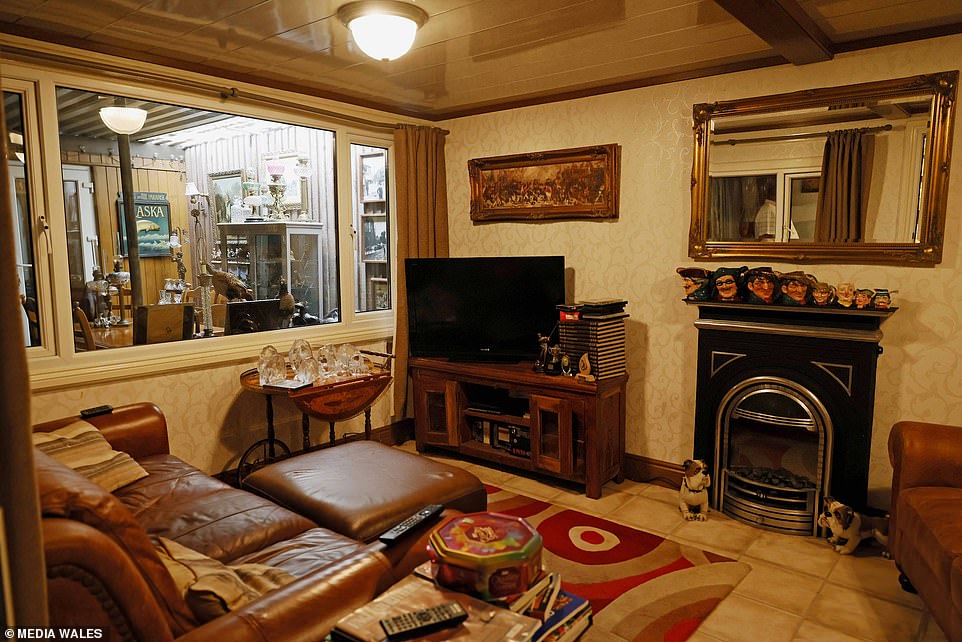 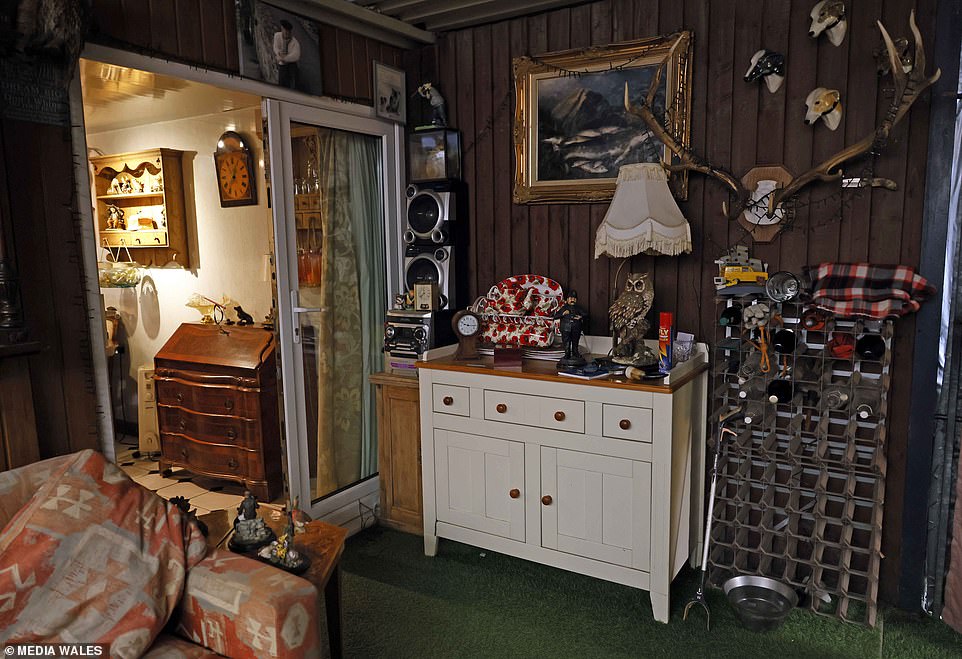 The property includes three living areas, one bedroom and a bathroom and is complete with stunning décor, including wooden panelling, carpets and even sliding doors to adjoin the rooms

The property includes three living areas, one bedroom and a bathroom and is complete with stunning décor, including its own fireplace and marble flooring.

It also comes complete with the practical items needed in any home, including a large dining table for entertaining and a variety of items Mr Gibbon has collected over the years.

Built in shipping containers, the property is also practical, and is cool in the summer months and warm during the winter.

Mr Gibbon, who said he has ‘lost everything’ as a result of the council’s decision, appealed the enforcement notice last year, claiming the dwelling should be immune from any enforcement action due to the length of time it has existed.

But this week, the planning inspector found in the council’s favour, adding: ‘Those positive acts of deception and deliberate concealment should deprive the appellant from gaining immunity’.

Mr Gibbon said he initially had no intention of living in the property, but when his circumstances changed, he was left with little choice.

‘It was bought in 1990 by my father off the neighbour,’ he said. ‘We bought the land for cattle and horses and such like, with no intention to live here. 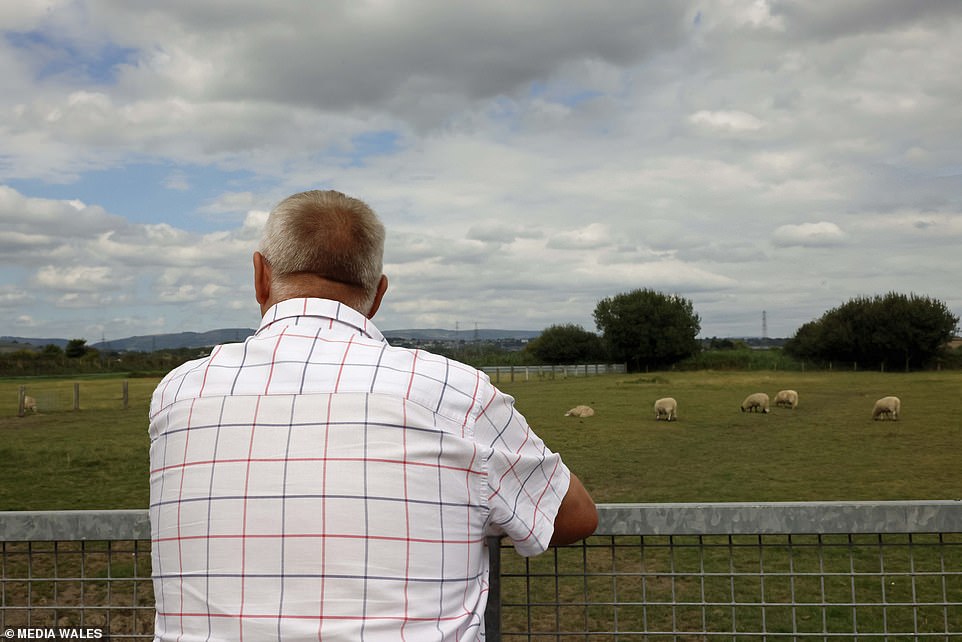 Mr Gibbon, who said he has ‘lost everything’ as a result of the council’s decision, appealed the enforcement notice last year but the planning inspectorate found in the council’s favour 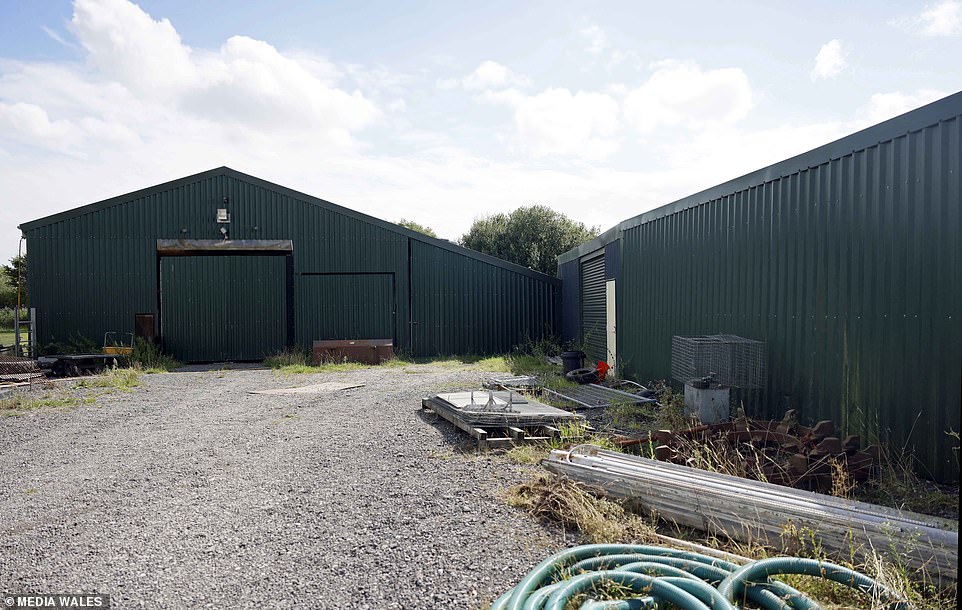 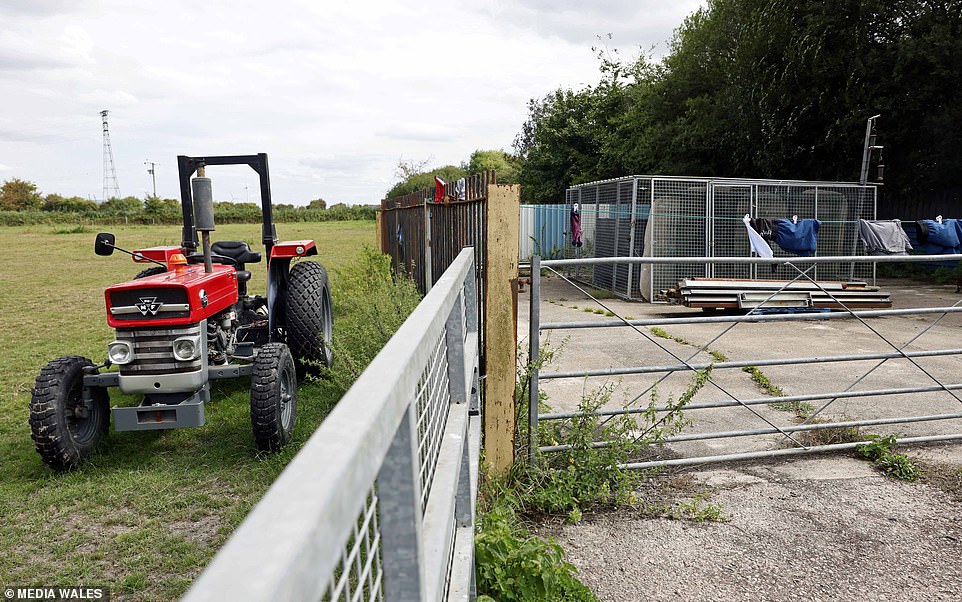 ‘Then I got divorced and I had to live here. It isn’t a secret and it never has been. It’s not like I’ve just done this, I’ve lived here for 30 years. All the neighbours and everyone knows I’m here. It’s even on Google Earth. You can see it.

‘It has taken me a long time to get it like this. It’s taken a lot of time and work to make it better and better.

‘It’s all shipping containers. It’s cool in the summer and warm in the winter. People are doing it now a lot, I was doing it 30 years ago. I live here on my own now, but I had the kids here with me.

‘I’ve had a great time here, I’ve brought four of my kids up here. It’s the best place, and all the people love me. All the people vouch for me around here.’

His neighbours have all shown their support and shown their gratitude for the work he has done in the area, particularly during the coronavirus pandemic when he organised a local relief group to help vulnerable people.

‘It’s so frustrating when you can get a caravan club come and park five caravans up here and nothing can be done if they keep moving,’ Stephen said. ‘It doesn’t seem fair.’

He added that he is not sure how the council found out about his living arrangement, but believes it may have been reported by someone he’d fallen out with. 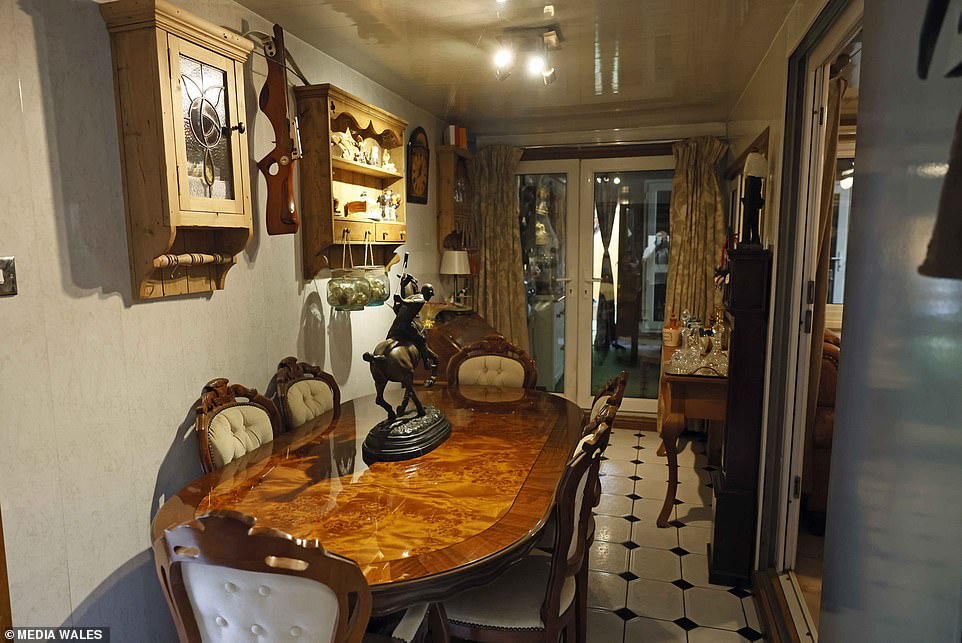 It also comes complete with the practical items needed in any home, including a large dining table for entertaining and a variety of items Mr Gibbon has collected over the years 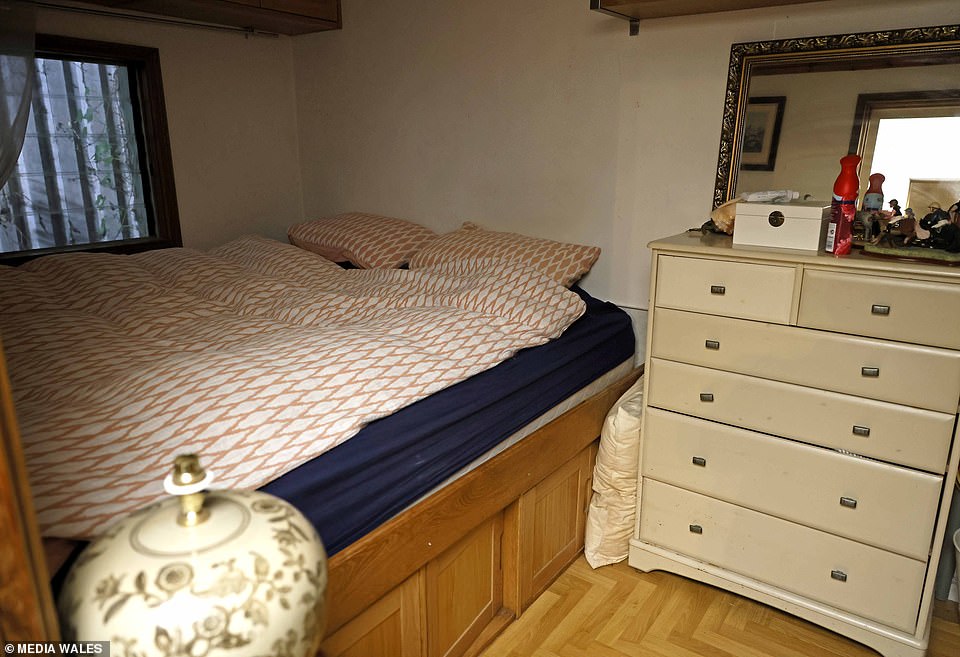 There are three bedrooms in the property, all which come complete with a large bed, wooden floors, painted rooms, and the necessities for a bedroom 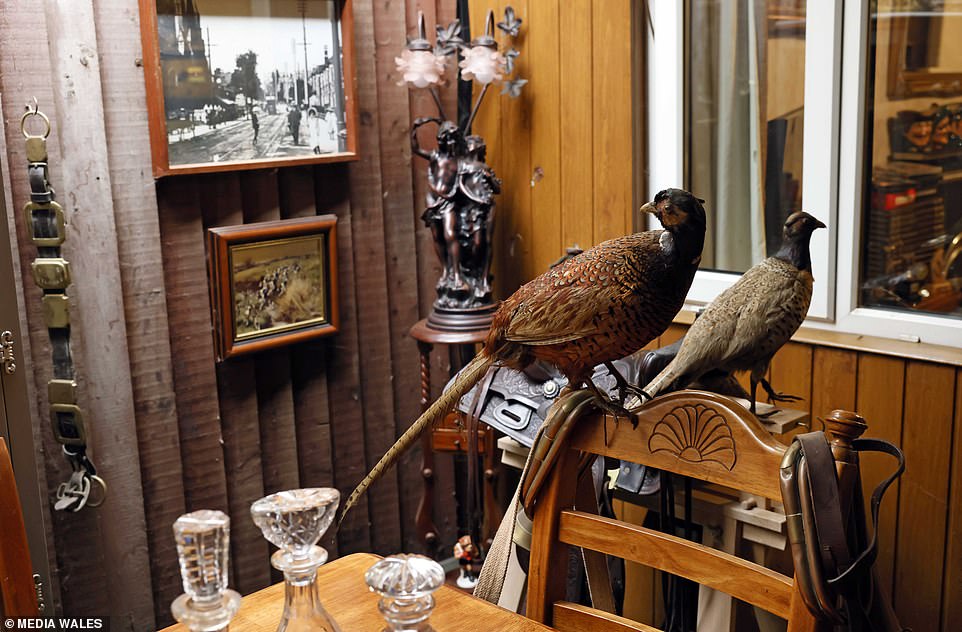 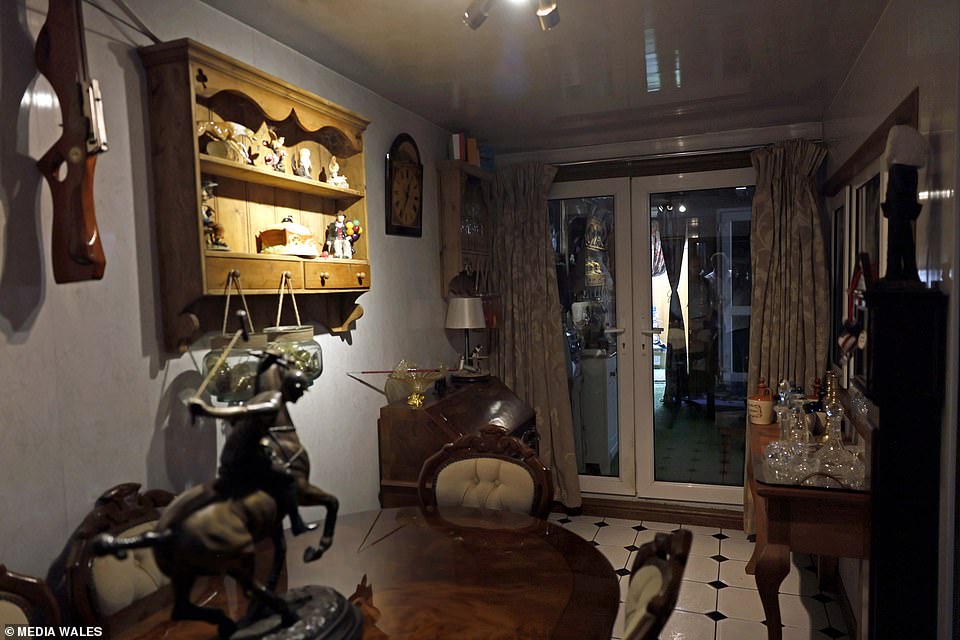 The council has ordered him to stop living in the property and return it to its previous state within six months and to pay £8,000 in administration costs

‘When I first received the letter from the council I thought I was home and dry because I’d lived here so long,’ he added. ‘I thought due to the time issue of it it was finished. It shouldn’t have gone past 1996.

‘When they say I’m using it for other uses, what do they mean? Every tool I’ve got is for the farm. I’ve fixed one tractor. I don’t mend vehicles. What do they want me to do, use a broken tractor?’

The council has ordered him to stop living in the property and return it to its previous state within six months. He must also pay administration costs, which he has said will cost £8,000.

He said he is not sure what he will do in the face of the council’s decision.

‘It is upsetting, of course it is. I’ve got pictures of my kids living here when they were that high’.

Councillor James Clarke, cabinet member for strategic planning, housing and regulation, said: ‘I’m pleased that Planning and Environmental Wales agreed with the council’s assessment that this structure was erected without permission and deliberately concealed in order to bypass planning regulations.

‘Planning regulations are in place for good reasons. They seek to protect all of us against inappropriate development and this decision demonstrates that deliberate acts to deceive and mislead will be found out.

‘The council will take enforcement action against anyone who deliberately breaches the rules in this manner.’