A man who was abandoned at Gatwick Airport as a baby more than 30 years ago has finally tracked down his birth parents.

Steve Hydes, who was known as ‘Gary Gatwick’ after the Sussex airport’s teddy bear mascot, spent 15 years trying to find his family.

But after genealogists used DNA samples to track down his birth parents, Mr Hydes discovered his mother had passed away before he could meet her.

The 33-year-old said his father is still alive and he has made contact him and his siblings, who had no idea he existed.

Mr Hydes wrote on Facebook: ‘Some good news! After 15 years of searching I am happy to confirm that with the very hard work of Genetic Genealogists, CeCe Moore and Helen Riding we have been able to trace and confirm my birth family. 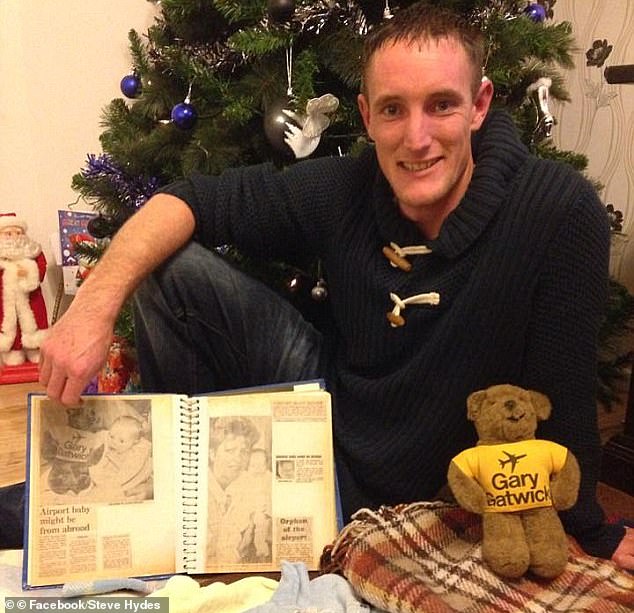 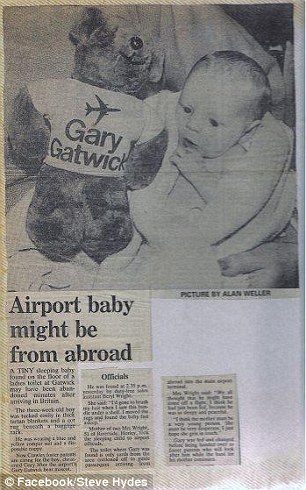 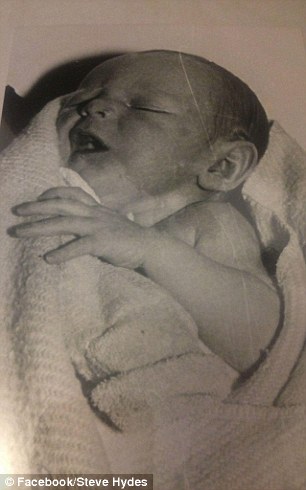 Mr Hydes was found at Gatwick on the afternoon of April 10, 1986, by duty-free sales assistant Beryl Wright in a toilet that later become a service room

‘Unfortunately my birth mum has passed away so I am unable to find out exactly what happened and why.

‘However I have found my birth father and siblings on both sides, who were all unaware of my existence.’

Mr Hydes was just ten days old when he was found by a duty-free sales assistant, Beryl Wright, at the South Terminal wrapped in a tartan shawl wearing two baby grows at the airport in West Sussex on April 10, 1986.

He then spent years appearing in newspapers and featuring in documentaries in a bid to trace his parents.

Announcing his search was over, Mr Hydes added: ‘As you can imagine this is quite a sensitive issue to all involved and very new to us all, but I wanted to take this time to thank everyone for their continued support over the years.

‘The work the genealogists do is incredible and for years they have worked so hard and it is thanks to them they are solving cases like mine.’ 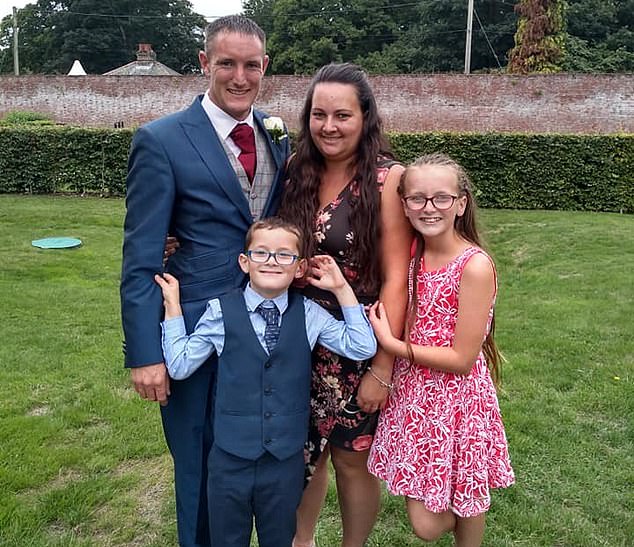 Steve Hydes with wife Sammy and his daughter Alanna and son Kian. He wanted to track down his birth parents so they could meet his children, but his mother passed away before he could fin her 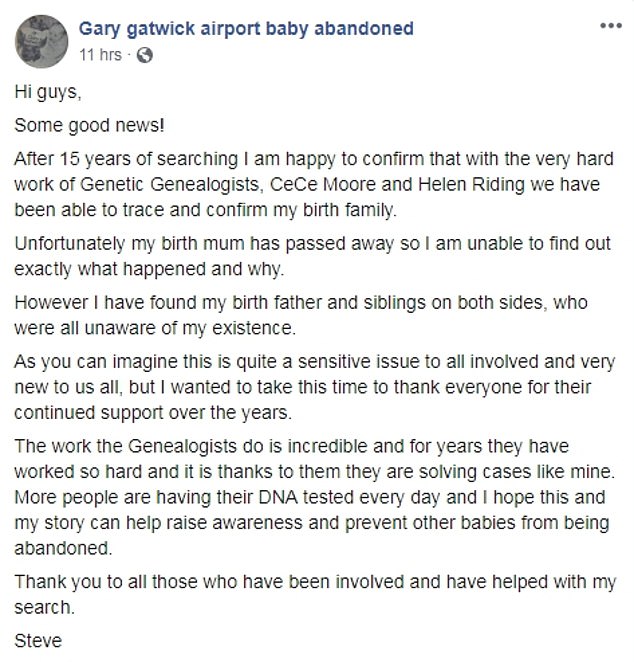 When his search began Mr Hydes wanted to meet his mother and father so that they could tell him more about his history and where he was from so that he can pass his heritage on to his two children.

Mr Hydes, who was fostered before being adopted into a family and growing up with three sisters, previously said that he has no ill feelings towards his birth parents and is not ‘angry’ about what happened.

He still has everything that accompanied him when he was found on a shelf under the sink ten days following his birth, including the baby grow he was wearing.

And he even has the ‘Gary Gatwick’ bear that was given to him by airport staff and that he was pictured with in newspapers at the time who also dubbed him the same name. His story also featured in a BBC Three documentary in 2011.

Last Christmas Mr Hydes made an emotional appeal to track down his parents by posting pictures of his family five years apart to show how fast his children were growing up.

As he was abandoned at such a busy airport, Mr Hydes speculated he could have originated from anywhere on the planet.

In 2011 Dr Jim Wilson, a geneticist at Edinburgh University discovered through DNA analysis narrowed the search for his parents down to Scotland, England, Ireland, Germany or France.

A big blow to his search came when Mr Hydes discovered police destroyed the files about his case, including details of call made to officers from a young woman claiming to be his mother.

In the call she gave details of a woman in Hounslow, west London, who would look after the child, that she said was named Michael.