Man stabbed to death in brawl on streets of East London

A MAN has been stabbed to death during an alleged brawl in East London as the capital’s knife crime epidemic rages on.

The victim, a man in his 30s, died in hospital after the attack in Forest Gate last night. 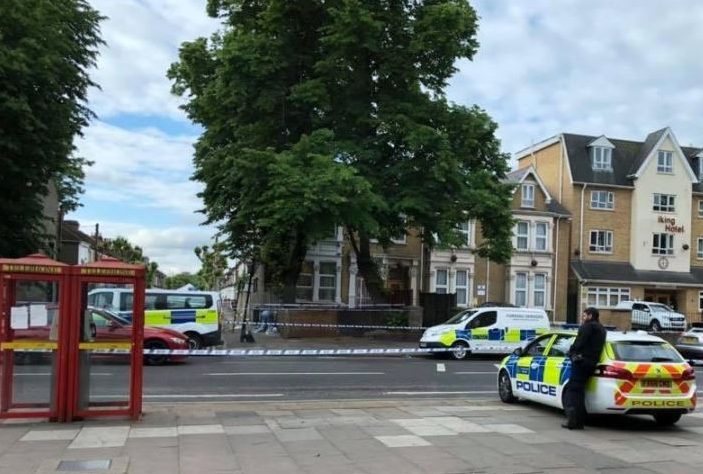 A Met Police spokesman said: “No arrests have been made at this time.

“The Homicide and Major Crime Command have been informed. Enquiries into the circumstances continue.”

The murder is the 28th in the capital since January with last year being London’s bloodiest in almost a decade.

Three teenagers have been knifed to death this year with the youngest being 14-year-old Jade Moodie who was murdered in Waltham Forest, North London.

Cops are fighting an endless battle against gangs using knives in the city.

Knife arches have been installed in schools with the hope it could catch out teenagers carrying weapons to class.

Met Police officers will also have the power to stop and search on the streets — without proving reasonable grounds to suspect that person is carrying a weapon.

Anyone with information is asked to contact police on 101 quoting CAD427/28May.

Information can also be passed anonymously to Crimestoppers via 0800 555 111.