Huge explosions have rocked an air base in occupied Crimea, a symbolic blow to Vladimir Putin’s war effort.

Ukrainian authorities have stopped short of formally confirming its missiles hit the target but an advisor to Volodymyr Zelensky strongly hinted this was the case.

It would mark the first major strike on a Russian asset in the peninsula since the February invasion began.

At more than 200km away from any territory held by Ukraine, it will also be seen as a vindication of the West’s strategy to provide Kyiv with long range missiles.

Kremlin troops have occupied the area since 2014 and have used it as a staging ground for its assault on the south of Ukraine.

Tourists at nearby resorts were reportedly evacuated as huge pillars of black smoke rose over the skyline.

Russian authorities said at least one person was killed when munitions blew up at Saki air base. 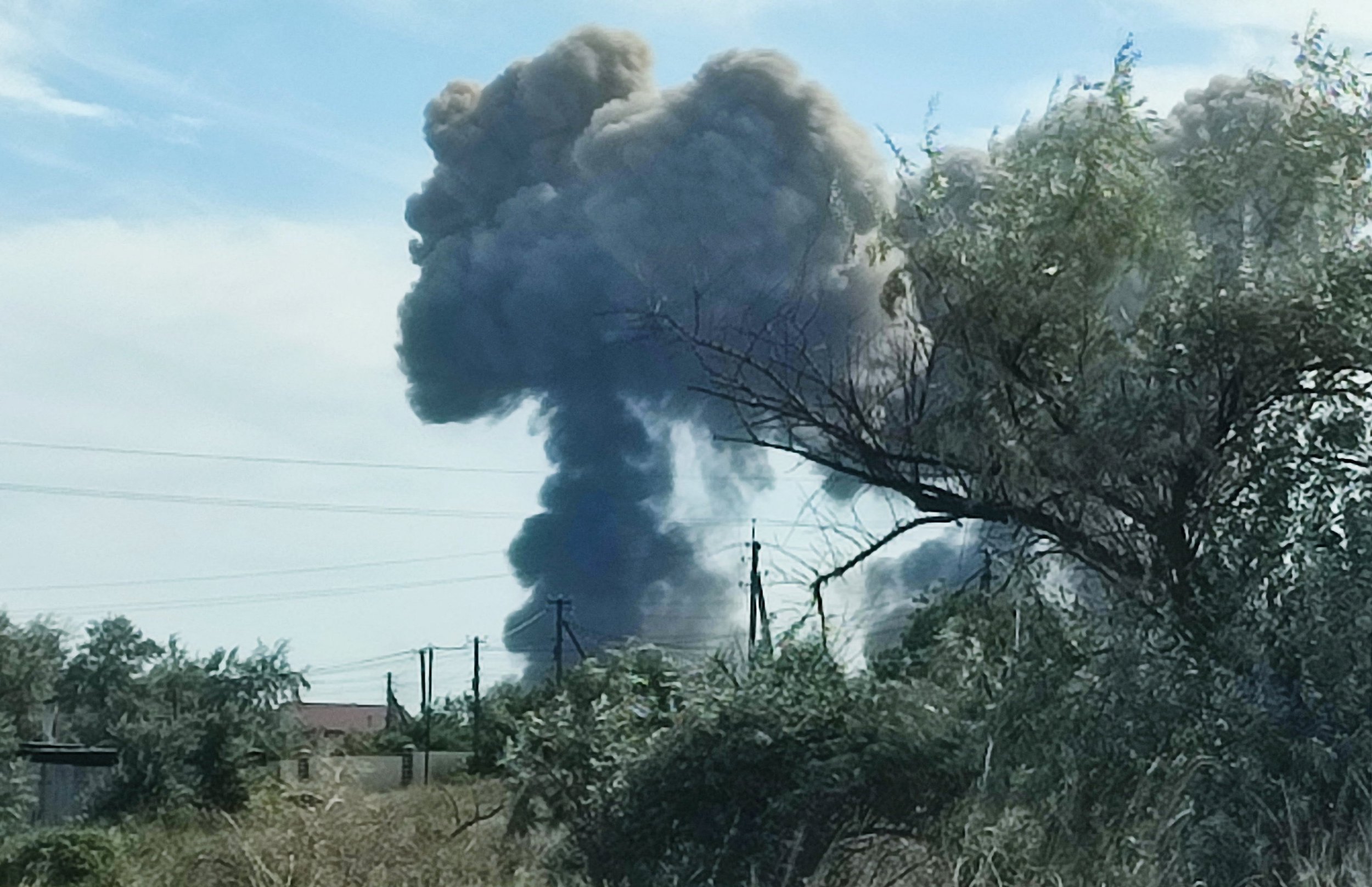 The defence ministry insisted the installation had not been shelled, a similar approach to denials issued in the wake of the sinking of the Moskva ship by a Ukrainian missile.

TASS, a Russian news agency, reported a military source claiming it was caused ‘only [by the] violation of fire safety standards.

The Kremlin has consistently claimed a fire which spread to munitions sunk the Moskva, the Black Sea fleet flagship which went down in April and gave Ukrainians a major morale boost.

Mykhailo Podolyak, an aide to the Ukrainian president, wrote on Twitter after the Crimea blast: ‘Demilitarization of the Russian Federation — an integral part of global security ensuring.

‘The future of the Crimea is to be a pearl of the Black Sea, a national park with unique nature and a world resort. Not a military base for terrorists. It is just the beginning.’

Crimea’s head Sergei Aksyonov said ambulances and medical helicopters were sent to the Saki air base and the area was sealed off within a radius of three miles.

It remains to be seen how the Kremlin will response after it previously threatened to strike ‘decision-making centres’ in Kyiv if Crimea was targeted.