Longon: Meghan, Britain's Duchess of Sussex, has lost the latest skirmish in her privacy lawsuit against a tabloid newspaper, after London's High Court ruled on Tuesday that the paper could amend its case to include details from a recently published biography.

Meghan, wife of Queen Elizabeth's grandson Prince Harry, is suing publisher Associated Newspapers over articles the Mail on Sunday last year that included parts of a handwritten letter she sent to her estranged father, Thomas Markle, in 2018. 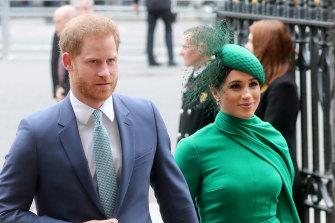 Harry and Meghan now live in California with their son Archie.Credit:Getty Images

Ahead of a trial due to start next year, the Mail had applied for permission to amend its case, arguing that the couple had co-operated with a biography about them, Finding Freedom, which was published in August.

The paper's lawyers said it showed that Meghan had intended some private details to become public, including the contents of the letter, as part of a media campaign to portray her in a positive light.

Antony White, the paper's lawyer, told the court last week some personal information in the biography of Harry, 36, and Meghan, 39, could only have come from the couple themselves or close friends authorised to disclose it.

The book "gives every appearance of having been written with their extensive co-operation", he said.

Meghan's lawyer Justin Rushbrooke said there was no evidence for the Mail's claims and the court should not permit speculative amendments.

One of the book's authors, Omid Scobie, gave a witness statement saying the couple had not authorised the book nor been interviewed for it.

However the judge, Francesca Kaye, ruled that while she made no view on the strength of the Mail's case, the amendments could not be said to be "unarguable or utterly fanciful".

She said neither Rushbrooke's arguments nor Scobie's statement provided a "knockout blow" and they would be issues for the trial judge to determine. 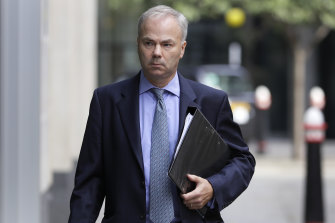 Meghan’s lawyer Justin Rushbrooke argued there was no evidence for the newspaper’s claims.Credit:AP

The trial is scheduled to start on January 11 and to last between 7 and 10 days.

Tuesday's decision is the second setback for the Duchess after the court in May rejected part of her claim that the paper had acted dishonestly and stoked the rift with her father.

However her legal team has so far successfully resisted the paper's attempts to publish the names of five friends who gave anonymous interviews to the US magazine People, with the court agreeing they can stay secret for time being.

The Mail's lawyers argue that publication of the letter was justified as a response to those interviews, while Meghan's team says it was untrue she had authorised or arranged for her friends to speak on her behalf.

Harry and Meghan now live in California with their son Archie, having stepped down from royal roles in March.

A YouGov poll on Tuesday found 48 per cent of Britons thought Harry and Meghan should lose their royal titles.