More than a MILLION people are told to evacuate after storms lash Japan, causing huge floods, as authorities warn of ‘a significant likelihood of catastrophes’

At least two people have died and more than a million have been told to flee their homes after record-breaking rains hit southern Japan Wednesday.

Evacuation orders were issued for almost 850,000 on the island of Kyushu after torrential rains hit around 5am Wednesday, with people advised to leave their homes due to ‘a significant likelihood of catastrophes’.

The orders were issued after a man in his 50s died near the city of Takeo, in Saga prefecture, after his car was swept away by floodwaters shortly after 5am. 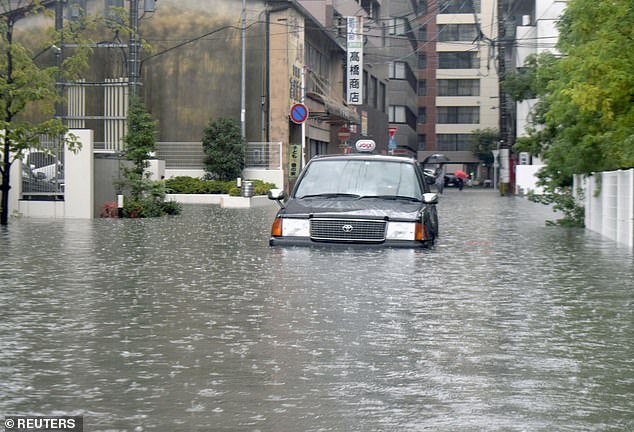 More than a million people have been advised to leave their homes due to ‘a significant likelihood of catastrophes’ (pictured, Saga train station which flooded) 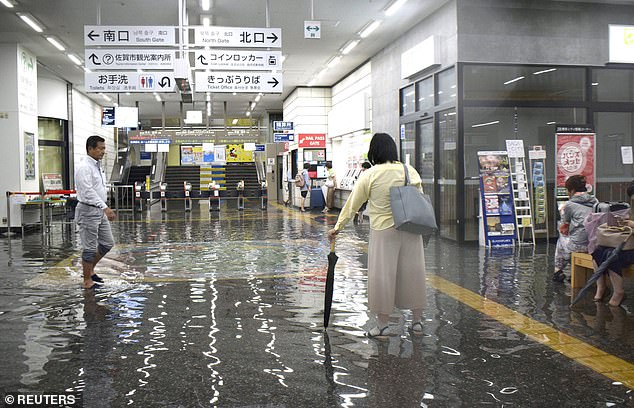 At least two people – a man in his 50s and a man in his 70s – have been confirmed dead while a third person, a woman in her 50s, is feared dead after getting caught in floodwaters (pictured, Saga train station) 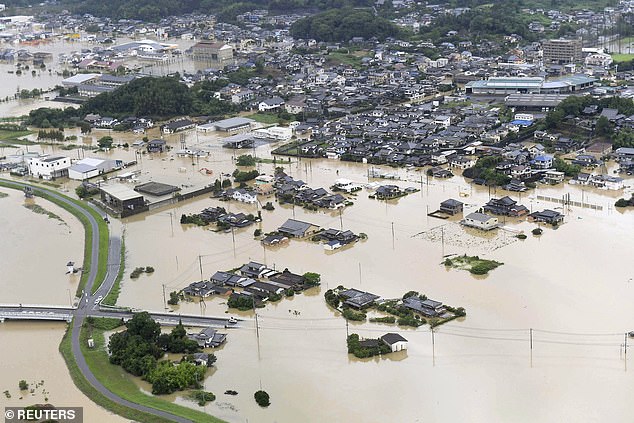 Three prefectures in Kyushu – Fukuoka, Saga and Nagasaki – have issued evacuation orders as the threat level was raised to maximum (pictured, Takeo city in Saga prefecture)

A second man in his 70s was also confirmed dead in the city of Yame, around 40 miles from Takeo, where he died trying to escape a flooded car.

A third person, a woman, was feared dead after authorities said she was found in a state of ‘cardiac respiratory arrest’ after her car was swept into a water channel.

Government spokesman Yoshihide Suga said: ‘There are many reports of damage in different areas due to flooding of rivers, landslides, and submerged houses, and there is a possibility of serious damage occurring in the coming hours.’ 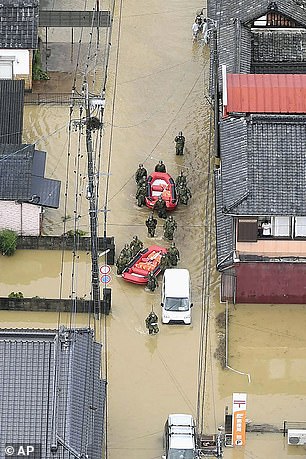 Japan’s Self-Defense Forces members are on the way through a flooded street for a rescue operation in Takeo, Saga prefecture

Evacuation orders and advisories issued by local authorities are not mandatory, although officials urge residents to heed them.

The fire and disaster management agency said it had already received multiple reports of flooded houses in Saga and Nagasaki prefectures.

‘We are seeing unprecedented levels of heavy rains in cities where we issued special warnings,’ a spokesman for the Japan Meteorological Agency told reporters.

‘It is a situation where you should do your best to protect your lives,’ weather agency official Yasushi Kajiwara said.

He also urged those living in areas currently under evacuation advisories to act quickly.

The JMA’s emergency warnings affect areas in Saga, Fukuoka and Nagasaki, where the severe weather has also disrupted transport, forcing the suspension of some train services and some road closures. 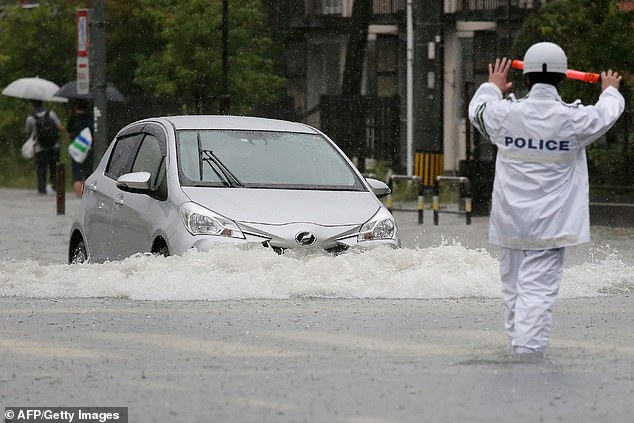 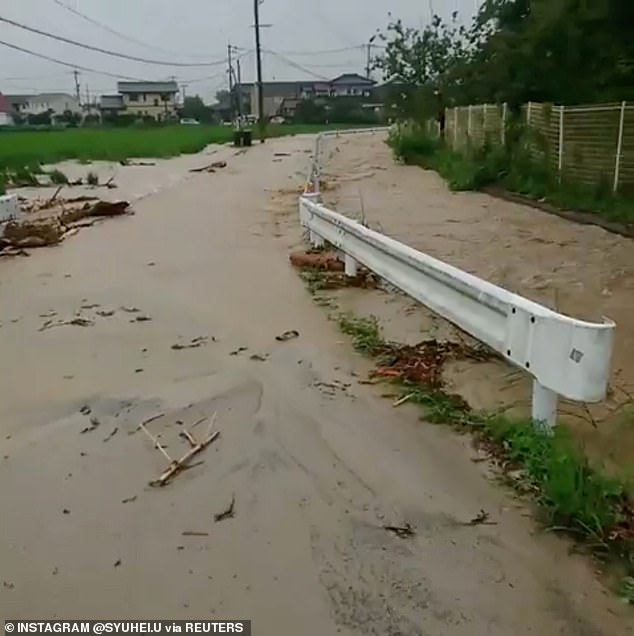 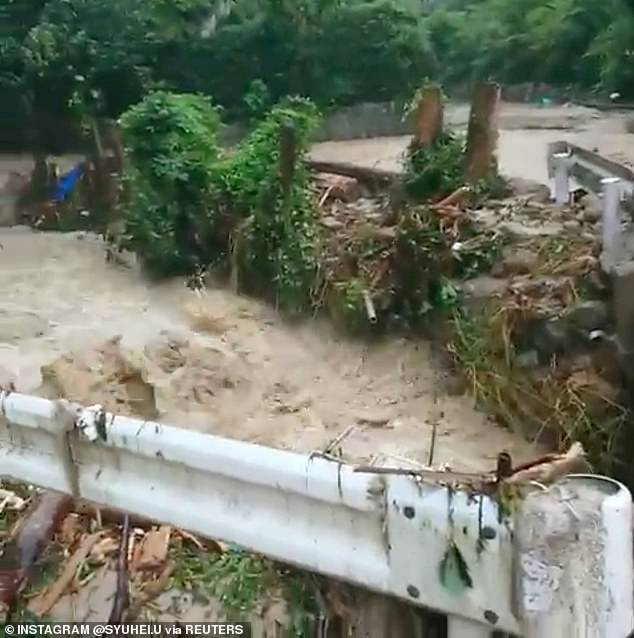 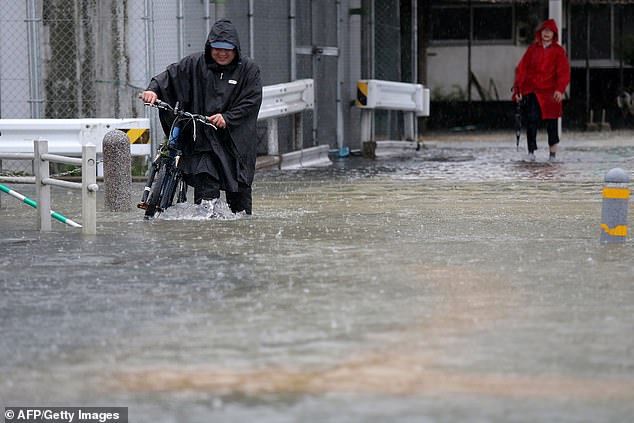 A man wades through floodwaters with his bicycle after heavy rains in the southwestern city of Saga, in Saga prefecture

Television footage showed rivers swollen by the rain and parked cars sitting in muddy brown water nearly up to the vehicles’ roofs.

Small landslides have already been reported.

At a station in Saga, stranded passengers sat on benches with water around their ankles.

Many of the deaths were blamed on the fact that evacuation orders were issued too late and some people failed to follow them.

Entire neighbourhoods were buried beneath landslides or submerged in floodwaters during the disasters. 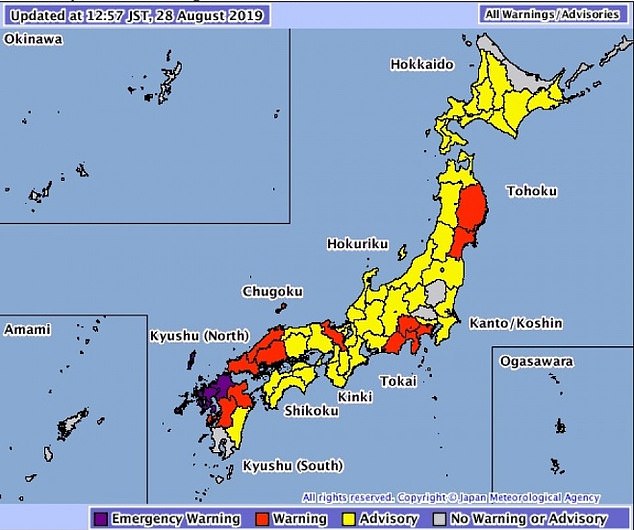 A map of Japan showing the three prefectures in Kyushu where severe weather warnings are in place, and showing warnings or advisories in place for most of the rest of the country 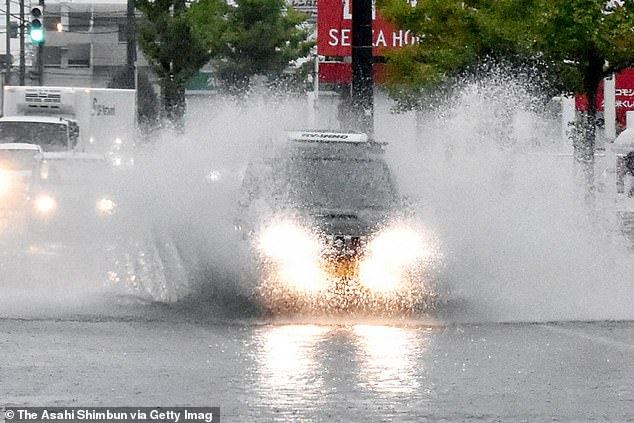 Cars run on a flooded road on August 28, 2019 in Kurume, Fukuoka prefecture, Japan 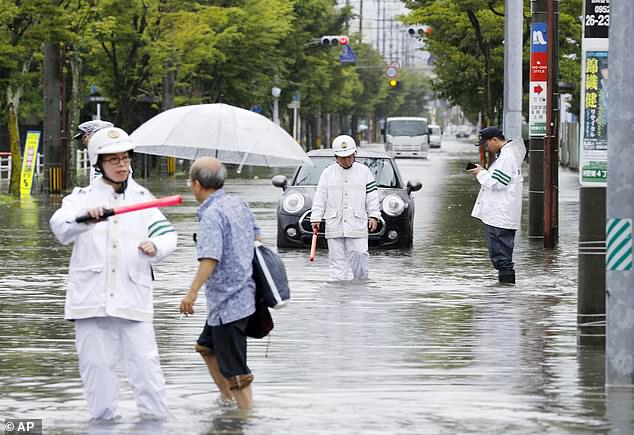 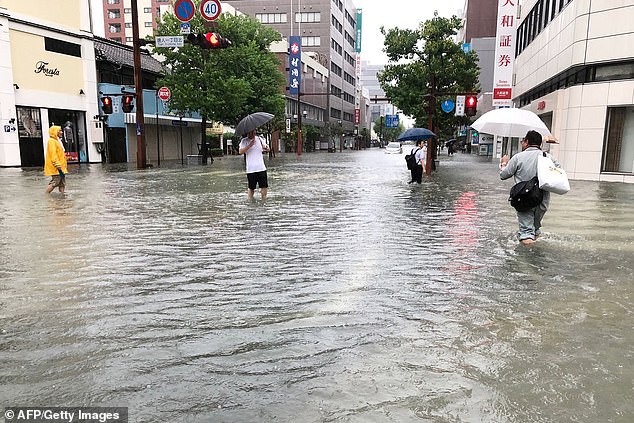