Home » World News » Nancy Pelosi lashes out at CNN’s Wolf Blitzer in bizarre rant as he challenges her over $1.8tn stimulus rejection – The Sun

Nancy Pelosi lashes out at CNN’s Wolf Blitzer in bizarre rant as he challenges her over $1.8tn stimulus rejection – The Sun HOUSE Speaker Nancy Pelosi clashed with CNN's Wolf Blitzer on Tuesday evening, after the host pushed Pelosi over the holdup of a coronavirus relief package.

An impassioned Pelosi called Blitzer a "Republican apologist," claiming he had "no knowledge" of the details of such relief proposals. 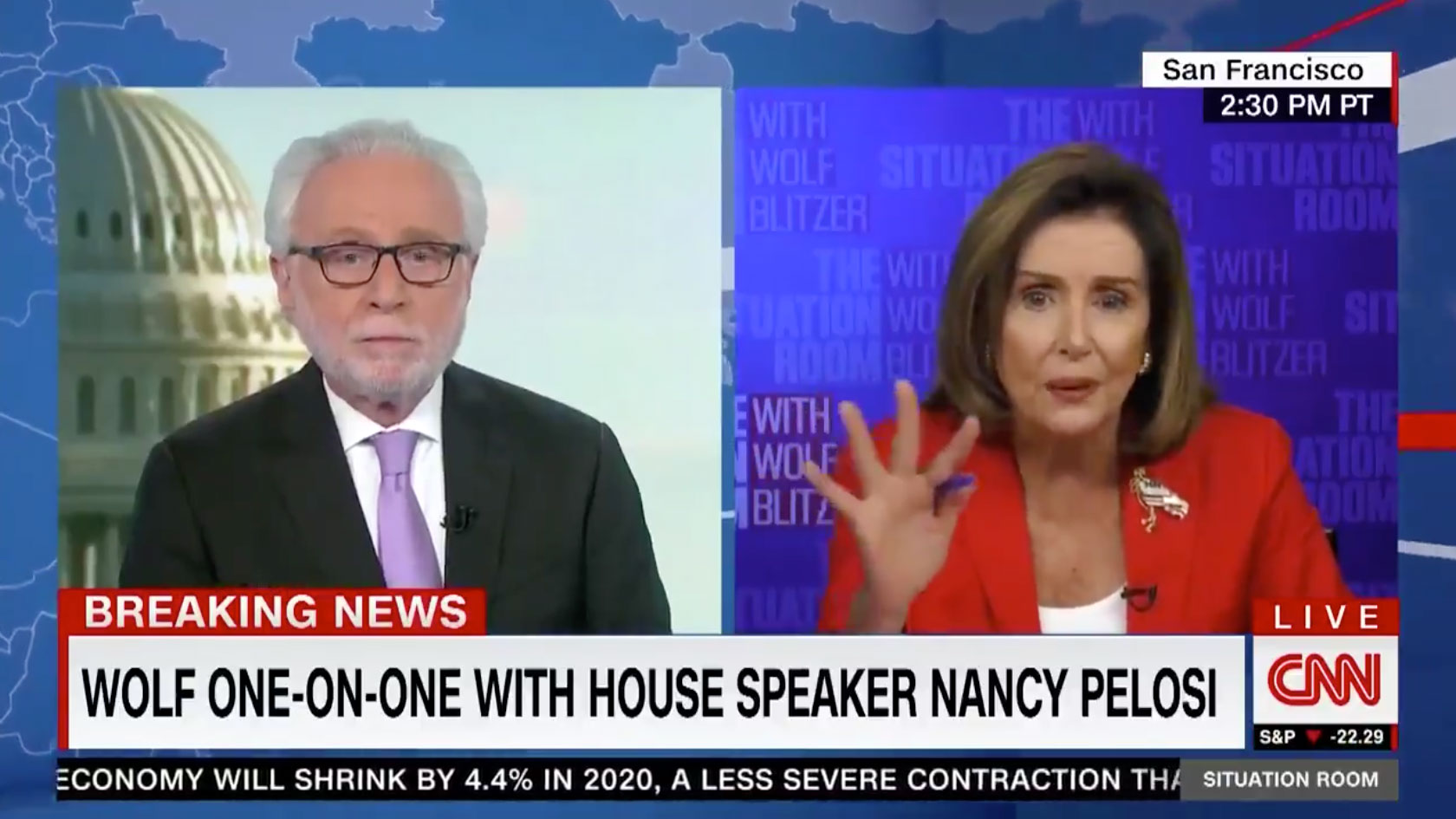 The exchange comes at a time when President Donald Trump has been pushing for a deadlock on relief proposals to come to an end.

On Tuesday, Blitzer pressed Pelosi on why she had not accepted a $1.8 trillion package that has been offered by Treasury Secretary Steven Mnuchin.

The package is roughly $400 billion less than the relief package proposed by the House earlier this month.

Trump, taking to Twitter, claimed Capitol Hill Republicans should "go big" rather than the limited approach they've been advocating.

Blitzer said: "[Americans] really need the money right now… even members of your own caucus, madam speaker, want to accept this deal." 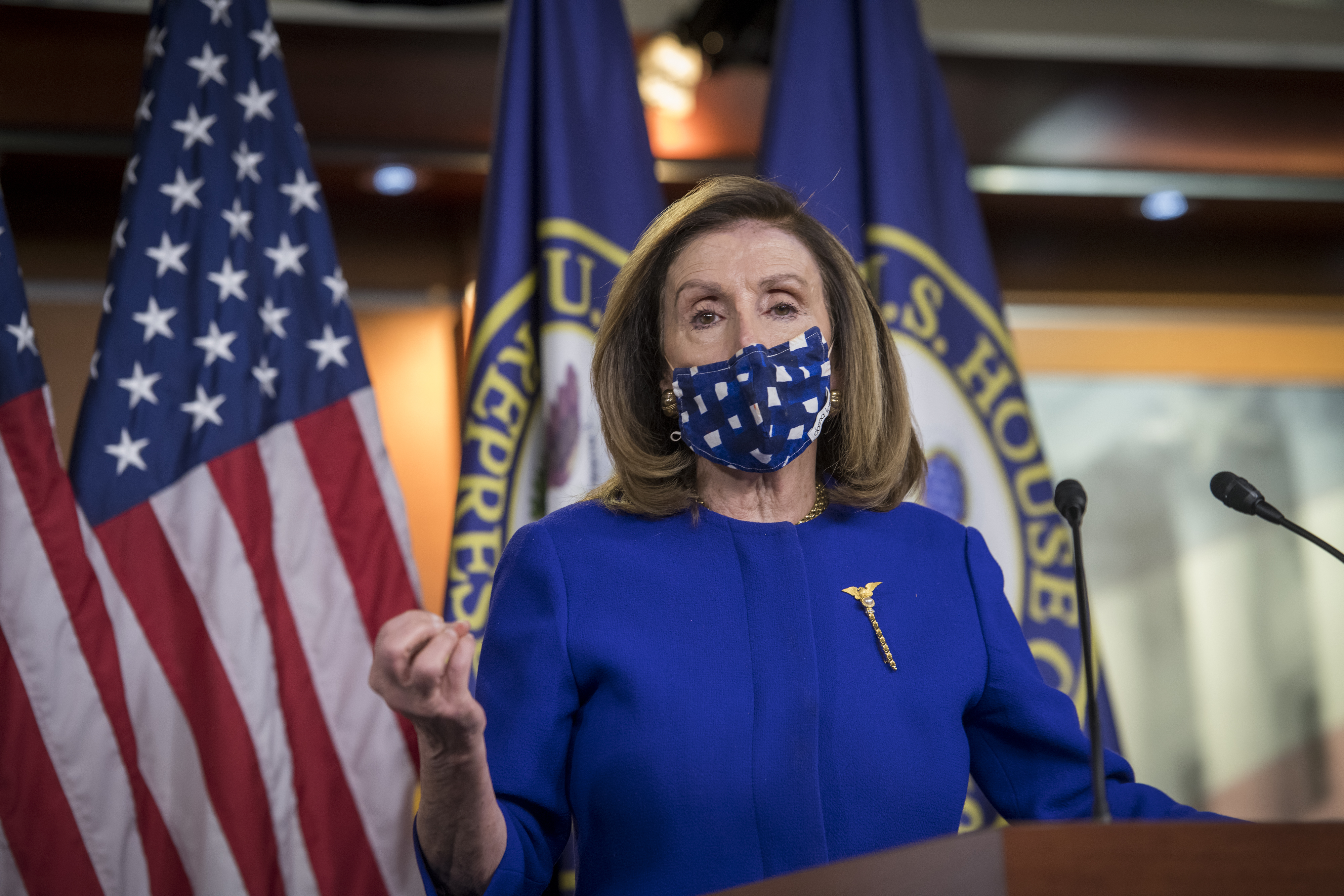 The host then pointed to Rep. Ro Khanna, a member of Pelosi's Democratic Party from California, who called Mnuchin's package "significant."

Khanna said in a tweet, "people in need can’t wait until February [for the next stimulus bill]."

But Pelosi hit back, saying: "I don’t know why you’re always an apologist — and many of your colleagues, apologists for the Republican position.

"Ro Khanna, that’s nice. That isn’t what we’re going to do. And nobody’s waiting until February."

Pelosi said that she had pushed back against the Republican-proposed relief package because child tax credits and earned income credits were "eliminated."

As the heated exchange continued, Blitzer asked, "Why not work out a deal with [President Trump] and don’t let the perfect, as they say here in Washington, be the enemy of the good?"

Pelosi responded: "Well I will not let the wrong be the enemy of the right."

The host then attempted on numerous occasions to wrap up the segment, only for the pair to continue trying to speak over each other to get in the last word on the topic.

In a roughly-50-second sign-off, Blitzer first said, "Madam speaker, these are incredibly difficult times right now and we’ll leave on that note."

Pelosi hit back: "No, we’ll leave it on the note that you’re not right on this, Wolf, and I hate to say that to you."

She added sarcastically, "Thank you for your sensitivity to our constituents’ needs,” before Blitzer responded, "I am sensitive to them because I see them on the street begging for food, begging for money."

Right before the cut to the commercial break, Pelosi then interjected, "Have you fed them? We feed them." 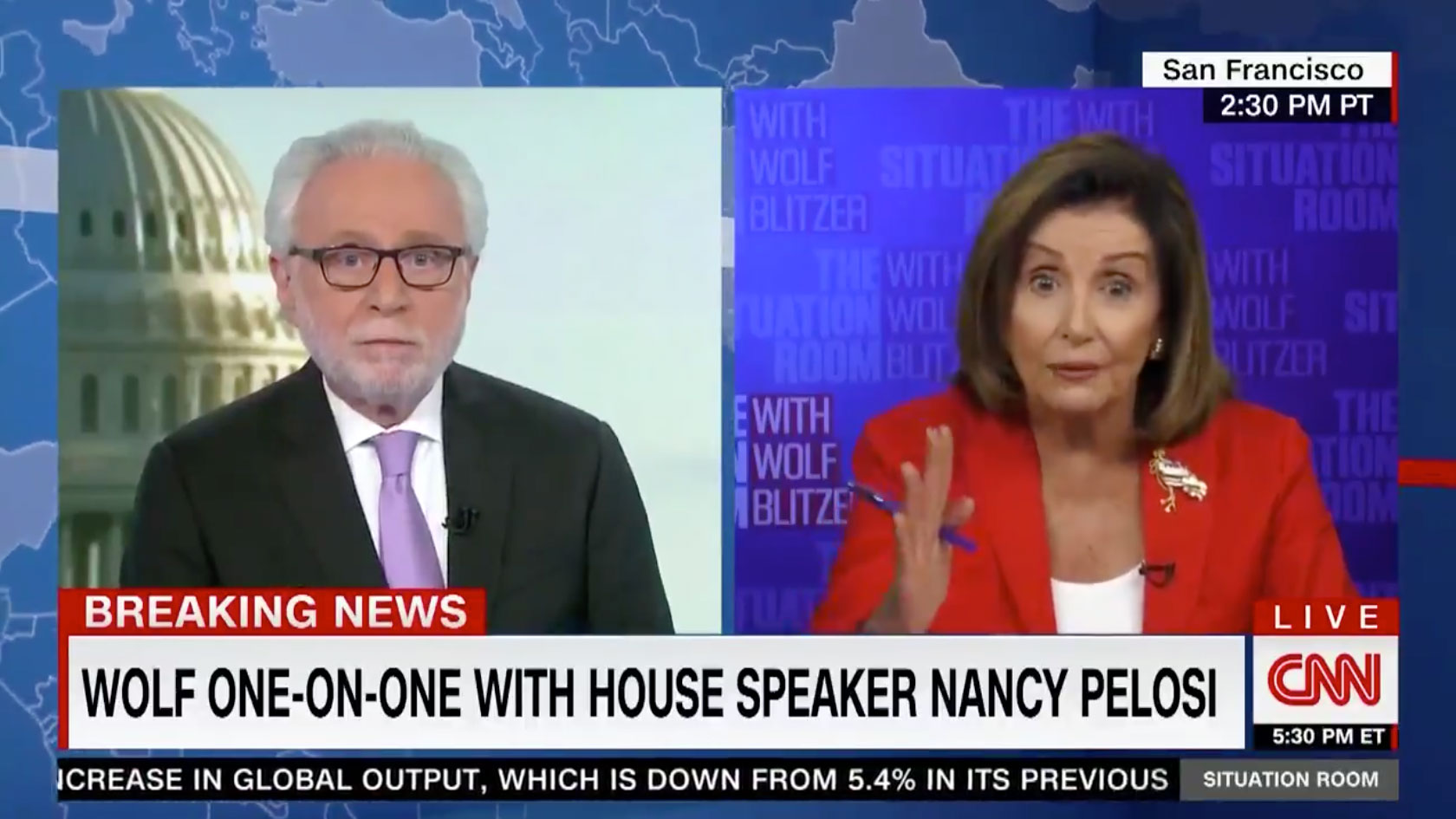