New cinema has DOUBLE BEDS instead of seats

New cinema has DOUBLE BEDS instead of seats (and don’t worry if you’re on the back row… the sheets are changed after every film finishes!)

A new concept cinema has opened in Switzerland in which viewers recline in double beds rather than traditional seats.

The ‘VIP bedroom’ screen opened on Thursday inside Cinema Pathé in the northwesterly municipality of Spreitenbach near the Swiss-German border.

While they hope to entice fans of home-streaming services like Netflix and Amazon Prime, cinema operators waved away concerns about hygiene and inappropriate activity taking place during the screenings. 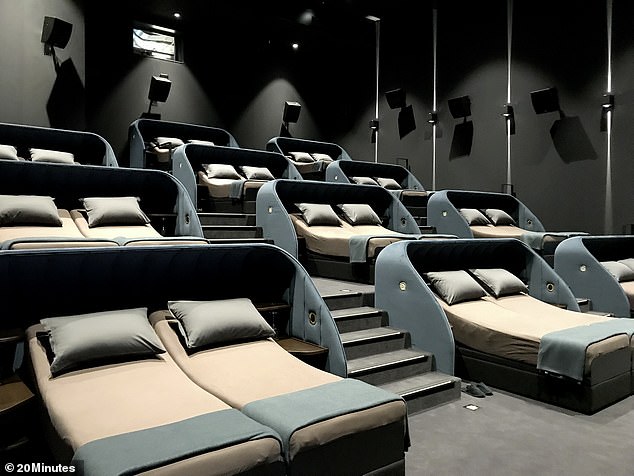 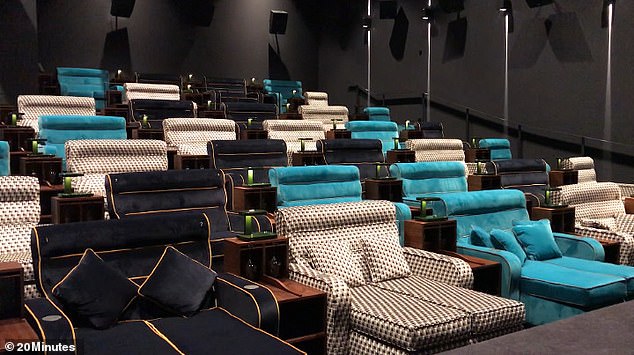 Venanzio Di Bacco, CEO of Pathé Switzerland, told local news website 20 minuten that the sheets will be changed between every single film, and that the design is tried and tested.

‘The hygiene aspect is very important to us,’ he said.

‘The offer is unique in Switzerland. But we tested the concept abroad and had no problems so far.’ 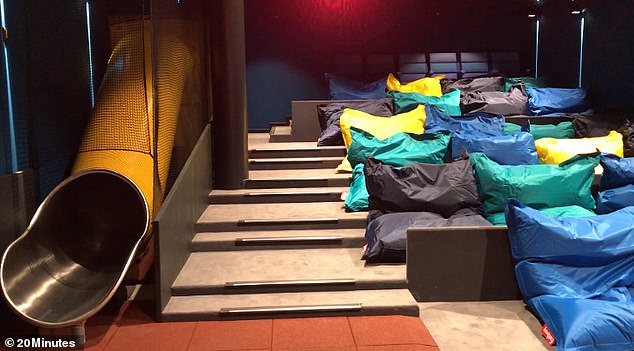 The children’s cinema area (pictured) features beanbags, a slide and a ball pit and costs 14.50 francs (£11) per child 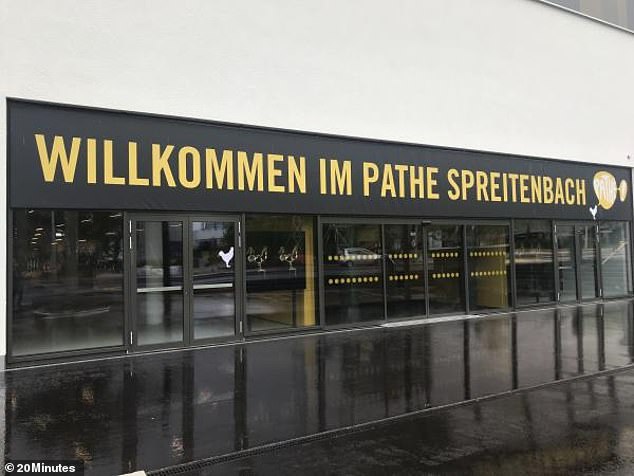