BLOOD samples and life-saving chemotherapy kits will be delivered by drone under ground-breaking NHS plans.

The idea is being put forward to save valuable time travelling between hospitals and GP surgeries. 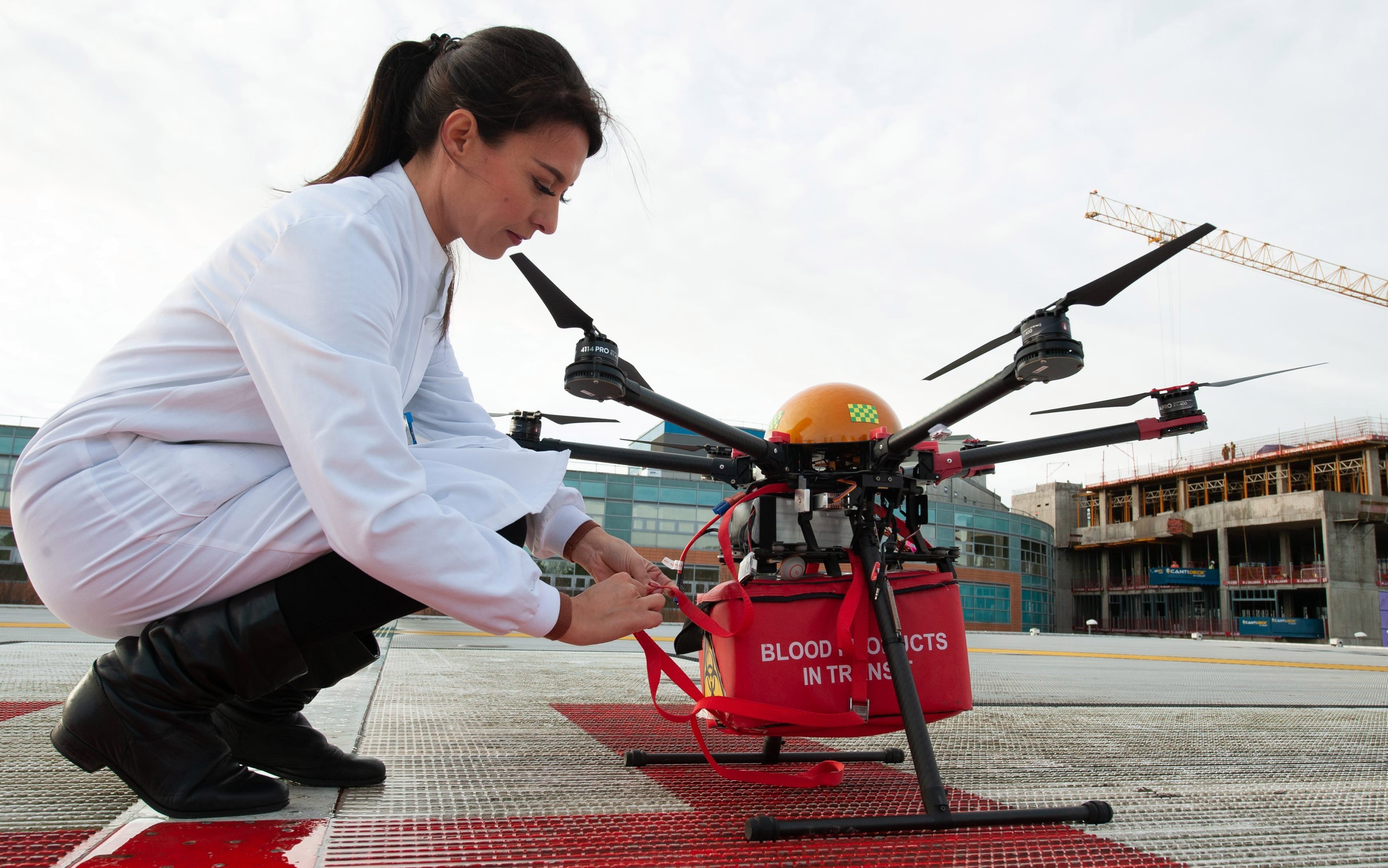 If trials are successful, it could be used throughout the health service, saving hundreds of millions of pounds a year.

And it could prove a crucial early step towards a revolution in the use of drones by all emergency services.

The trials are being proposed by Solent Transport, a venture by four south coast councils.

It wants drones to cover the 15 miles between Southampton General Hospital, Portsmouth’s QA Hospital and St Mary’s Hospital on the Isle of Wight.

They would carry chemotherapy kits from Southampton to the Isle of Wight to be taken to patients’ homes to be administered by medical staff.

The drones would also transport blood samples that need to be tested within a few hours but are often held up on ferries or in traffic jams.

The Department for Transport is being asked to give permission for the trials, first involving dummy payloads and then with live samples.

It comes after research showed using drones to beat congestion could cut the cost of public services in cities by £1.1billion and add £6.9billion to the economy by 2035.