North Korea suffers its worst drought in a century

North Korea is experiencing its worst drought in over a century, official media has reported, days after the World Food Programme expressed ‘very serious concerns’ about the situation in the country.

The North — which is under several sets of sanctions over its now-suspended nuclear weapon and ballistic missile programmes — has long struggled to feed itself, and suffers chronic food shortages.

It recorded its worst harvest for a decade last year, according to the United Nations, down by 500,000 tonnes as natural disasters combined with its lack of arable land and inefficient agriculture hit production. 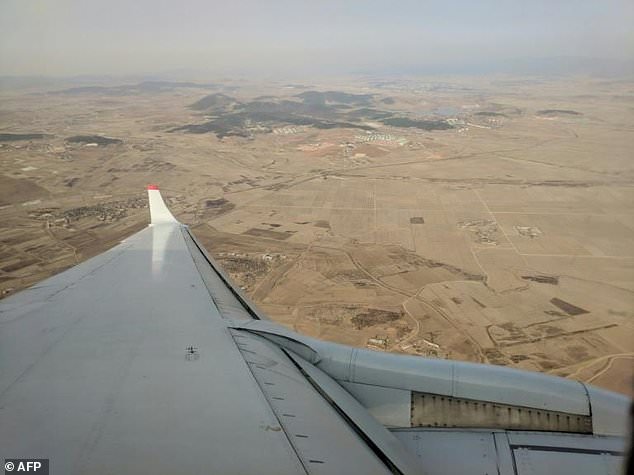 As seen from an airplane, much of North Korea’s countryside is dry and parched as the country suffers from what state media says is the worst drought in a century

In the year to Wednesday the North received just 56.3 millimetres of rain or snow, the Rodong Sinmun newspaper reported on Friday, the lowest since 1917.

Water was running out in the country’s lakes and reservoirs, said the paper, the official mouthpiece of the ruling Workers’ Party, adding: ‘The ongoing drought is causing a significant effect on the cultivation of wheat, barley, corn, potatoes and beans.’

In their most recent estimates, the UN’s Food and Agriculture Organization and the World Food Programme (WFP) said about 10.1 million North Koreans — 40 percent of the population — were suffering from severe food shortages, a similar figure to recent years. 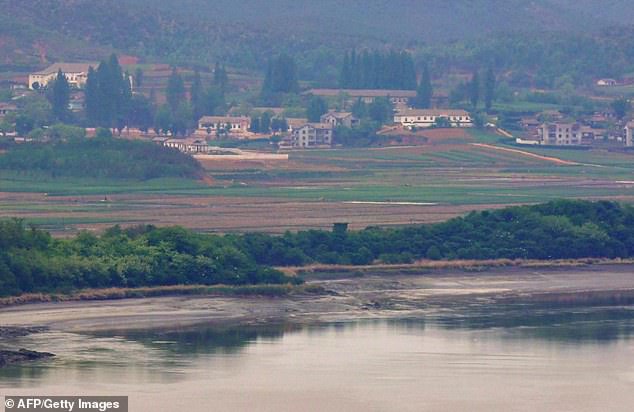 This photo of North Korea’s border county of Kaepoong, Taken from a South Korean military post in the Demilitarised Zone May 17, shows no sign of the drought reportedly affecting other parts of the North

On Tuesday, state news agency KCNA accused the US of an ‘illegal act of robbery’ after it seized a cargo ship that had been impounded in Indonesia for a year and towed it to American Samoa.

Hundreds of thousands are believed to have died during a famine in the mid to late 1990s, a period known as the ‘Arduous March’ in the North.

Pyongyang has been frequently condemned by the international community for decades of prioritising the military and its nuclear weapons programme over adequately providing for its people — an imbalance some critics say the UN’s aid programme encourages.

But neighbouring areas are also seeing low rainfall this year.

The South received just 157 mm of rain in the same period this year, less than half the 364 mm in 2018, Seoul’s Korea Meteorological Administration said, describing it as a ‘mild drought’.

And according to China’s National Meteorological Centre, rainfall in northeast China — which includes the provinces of Liaoning and Jilin, which border North Korea — was 27.6 mm in the year to May 9, down 55 percent on 2018. 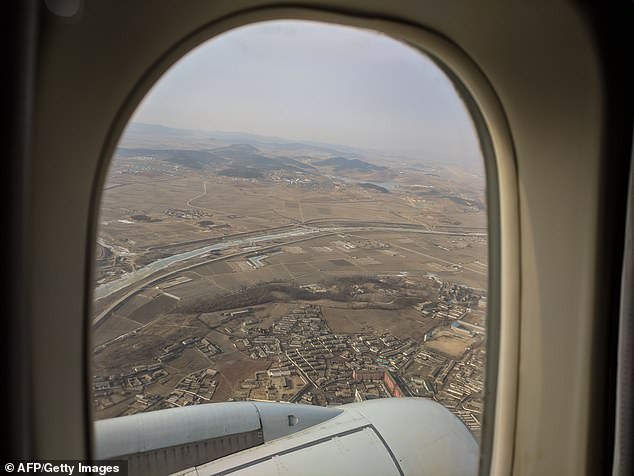 An aerial shot of farmland north of Pyongyang taken on February 12. The North’s Rodong Shinmun newspaper said the country had only hgad 56.3 millimetres of rain from January to May

‘We have very serious concerns’ about the situation in the North, WFP’s executive director David Beasley said during a visit to the South earlier this week.

Seoul is currently planning to provide food aid to the North — a politically controversial move after Pyongyang launched several short-range devices earlier this month with nuclear negotiations deadlocked with the United States, its first such tests for more than a year.

‘The issue of food aid should be considered from a humanitarian perspective as fellow Koreans, regardless of the security issues,’ South Korea’s National Security Advisor Chung Eui-yong said Friday.

International sanctions against Pyongyang technically do not ban humanitarian aid, but strict interpretations of restrictions on banking transactions and imports by the North — along with a travel ban for American citizens — have hampered relief groups’ activities.

The North previously reported it was experiencing its ‘worst drought in 100 years’ in June 2015. 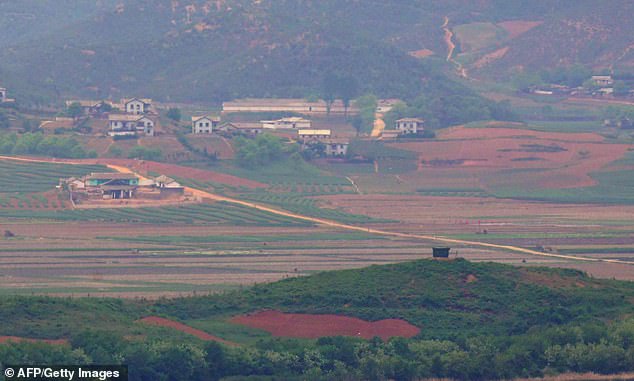 North Korea’s border county of Kaepoong is seen from a South Korean observation post in Paju near the Demilitarized Zone (DMZ) dividing the two Koreas on May 17, 2019