Pervert, 43, who stole a Royal Marine’s Facebook photo for bogus WhatsApp account to send explicit selfies to 27 women he found on Gumtree is jailed for three years 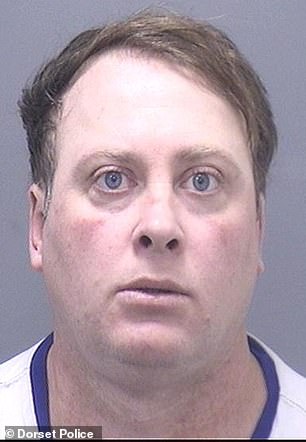 Graeme Brandon, 43, from Bournemouth stole an image from the Facebook page of Royal Marine Commando Steele Saunders and used it to create a fake WhatsApp profile

A man who stole a Royal Marines Commando’s identity to send pictures of his own genitals to 27 different women has been jailed for 30 months.

Graeme Brandon, 43, from Bournemouth stole an image from the Facebook page of Royal Marine Commando Steele Saunders and used it to create a fake WhatsApp profile.

Brandon used the fake image to send images of his erect penis to 27 women aged between 27 and 45.

Police investigating the case soon realised that many of the victims had put their telephone numbers on Gumtree while advertising goods for sale.

The first women came forward in January 2017 with other women also complaining about indecent images they had been receiving on their telephones.

Detectives soon determined the indecent images were the same photograph.

In April 2017, Steele Saunders also approached Dorset Police to complain that his photograph had been stolen and used on a fake WhatsApp profile being used to send explicit images.

However, following his release, further women continued to receive the same explicit image.

Today, in Bournemouth Crown Court Brandon was sentenced to 30 months in prison.

His victim Mr Saunders in an impact statement said: ‘The thought that people were doubting me was unbearable. (…) There have been incidents when I was out with my family that people recognised my face and started shouting things towards me. 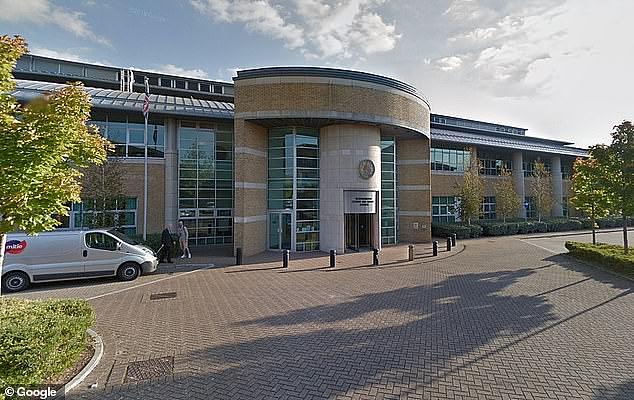 ‘I have had my car damaged, nails in tyres and wiper blades pulled off. I have had numerous threats from people who contacted me believing I was responsible and I have felt helpless in trying to clear my name and trying to convince people I was not responsible.

‘As a direct result of what has happened it is hard to put down into words the effect this had had on my life and my mental health.’

Detective Constable Wendy Stout, of Bournemouth CID, said: ‘Brandon sent these images unsolicited to women who he did not know, causing considerable alarm and distress.

‘He also used facial images of a man not known to him as his profile picture. This has had a huge impact on the personal life and wellbeing of the victim Mr Saunders and his family after being wrongly identified as the sender.

‘It has affected his career as a Royal Marine and his everyday family life. He has received threats and damage to his property as a result and hopes the publication of the case helps to clear his name within the community.

‘I would urge anyone with additional information relating to this case to please report this to Dorset Police.’

Mark Gammon, senior lawyer for the Crown Prosecution Service said: ‘Identity theft is an insidious crime, which has a traumatising and long lasting impact on victims’ lives.

‘Graeme Brandon stole someone’s identity and used it to send pictures of his private parts to a number of women, causing them shock and upset.

‘Not only did he cause the women to be disgusted and shocked when they received these unsolicited indecent pictures, but he also showed cowardice by using someone else’s identity.

‘This case has had a devastating impact on the man whose identity was stolen by Graeme Brandon.

‘The victim had a successful career in the Royal Marine and was about to be deployed to a foreign country when people from his community and friends started angrily to contact him saying that they had received pictures of an explicit nature.

‘He and his wife started suspecting family and friends as they could not understand how their pictures could have been accessed from their Facebook account.

‘Graeme Brandon’s deplorable actions had a detrimental effect not only on the victim’s career but also on his mental health. His wife’s career was also affected as well as their everyday lives, as their friends and their community thought he was guilty.

‘We hope that this conviction and sentence will bring some comfort to the male victim and his family and to all the women to whom he sent the unsolicited indecent pictures.’