Pig farmers warn they will have to destroy 'perfectly healthy' animals

Pig farmers warn they will have to destroy ‘perfectly healthy’ animals after shortage of workers leaves 70,000 stranded on farms as supply chain crisis grips Britain

Farmers today warned they could have to start destroying healthy pigs after a shortage of HGV drivers and agricultural workers left 70,000 of the animals stranded on farms.

The National Pig Association is the latest industry body to sound the alarm over the impact the UK’s supply chain crisis is having on the economy.

Surplus pigs are costly to farmers due to penalty charges levied by processors when they breach their target size and the cost of feeding and housing the animals. 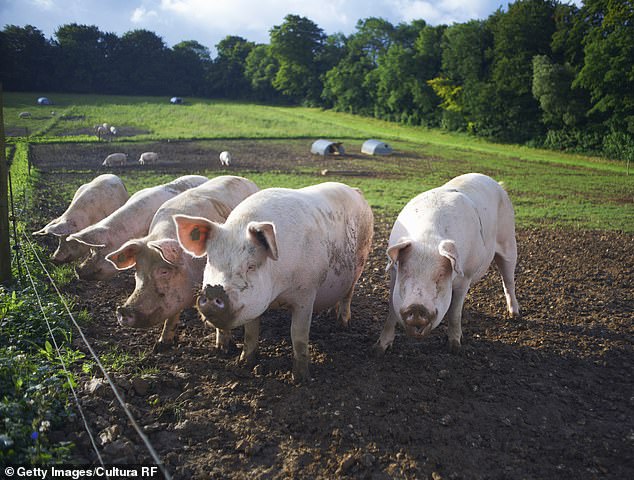 ‘There is a massive shortage of labour and lorry drivers needed in the industry.

‘The longer the animals stay on the farm the bigger they get and less money they are worth because farmers have deals with the buyers.’

Asked if there were fears of animals dying on yards, he said: ‘We haven’t reached that stage yet but it could happen.

‘It’s the thing we all fear most. I don’t know how many weeks we can last.’

Chief executive Zoe Davies echoed his concerns, telling the FT: ‘If they don’t do something soon we will have to destroy perfectly healthy pigs.’

Neil Furniss, an arable farmer from Shropshire with more than 1,000 acres, described the situation as ‘chaos’.

He said he had heard of a chicken farmer who had thousands of birds burnt because he could not get them transported. 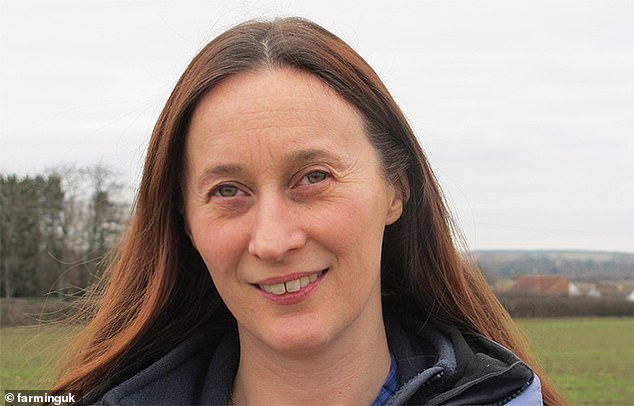 Chief executive Zoe Davies echoed his concerns, telling the FT: ‘If they don’t do something soon we will have to destroy perfectly healthy pigs’

One farmer from Hemswell in Lincolnshire, described the issues he was having getting stock from his farm to processing plants.

‘There is a waiting time of three weeks with one national merchant,’ he said.

‘Haulage is as tight as everyone makes out. It doesn’t help that bulk tipper work attracts lower rates than other haulage.’

Another, from West Yorkshire, added: ‘It’s bad. I know local to me three drivers left last week for more money.

‘He just decided to take the three vehicles off the road and quit the work they were doing, then he gets the firm he was working for whining at him, but they don’t want to pay anymore for the job.’

Ministers are resisting pressure to introduce a new temporary visa for lower-skilled workers to fill gaps in the jobs market.

HGV drivers are in particularly short supply. Industry experts say the shortage is largely the result of a double-whammy of Brexit, which led to thousands of EU drivers going home, and coronavirus.

Lockdown hit the training of new drivers and some 40,000 HGV driver tests were cancelled. 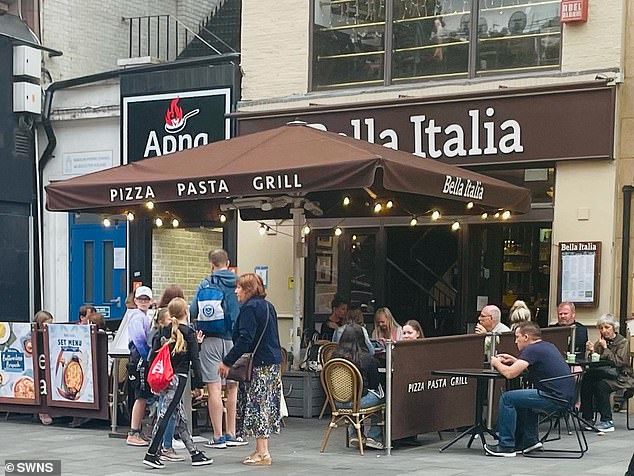 Bella Italia in Leicester Square said they recently ran out of pizza dough and white wine, so had to turn some customers away

Today is emerged that Italian restaurant chain in central London has been forced to tell customers they’d run out of pizza and wine.

Bella Italia in Leicester Square said they recently ran out of pizza dough and white wine, so had to turn some customers away.

Restaurants, including Bella Italia and Zizzi’s have had to strike tens of items from their menus because of delays in deliveries.

Supermarkets and fast food companies like Greggs, McDonalds, Nandos and KFC have also been heavily affected.

The shortages are being blamed on Covid travel restrictions preventing drivers from entering the UK.

Jamie Bruce, 27, the deputy manager at Bella Italia on Leicester Square, said: “Since McDonalds and Nando’s featured in the news, people have been a lot more understanding.

“But it’s been rough, a couple of weeks ago we ran out of pizza dough. So you can imagine an Italian restaurant without pizzas. Drinks have also been a massive problem – wine and soft drinks in general.

“Yesterday when I opened, I had to cancel 45 different items off of my till. Deserts have also been a shambles – I ran out brownies and cookie doe.

“Fortunately I got a delivery today, so deserts are back on. But we still haven’t got any white wine, so people can have Rose.

“It’s fine with walk-ins, but it’s the summer holidays and we’ve had a lot of bookings. Fortunately we’re on Leicester Square, so we get a lot of walk-ins.”

A Greggs employee on Chiswick High Street said: “I think all deliveries have been affected by the supply chain issues. “You know, if you walk into a supermarket, it seems there are more gaps on the shelves these days.

“I mean we didn’t receive our steak bakes today, but I think it’s a general problem.

“It’s not only because of Brexit, but also COVID and the travel restrictions.”

Farmers, hav, Pig, they, warn, Will
World News