NSW Police are targeting “the usual suspects” such as known gangland families across Sydney in an effort to stop a possible act of retaliation following the shooting death of two women in the city’s south-west.

Mother Lametta Fadlallah, 48, and Amneh al-Hazouri, known as Amy, 39, were gunned down inside a silver four-wheel drive in Panania on Saturday night. Two others were in the vehicle – a 20-year-old man and a 16-year-old girl – but remained unharmed and are assisting police.

Police believe the incident was a targeted shooting of Fadlallah who had “past relationships with other known identities”.

Speaking on 2GB on Monday morning, Detective Superintendent Danny Doherty said police feared an act of retribution could be in the works.

“There’s always a fear of some type of retribution. That could happen. However, we’re working closely with the community,” he said.

“Any person that may be the usual suspects, for example, family groups that were part of these networks will be targeted … to make sure that there’s no retribution and there are no repercussions.” 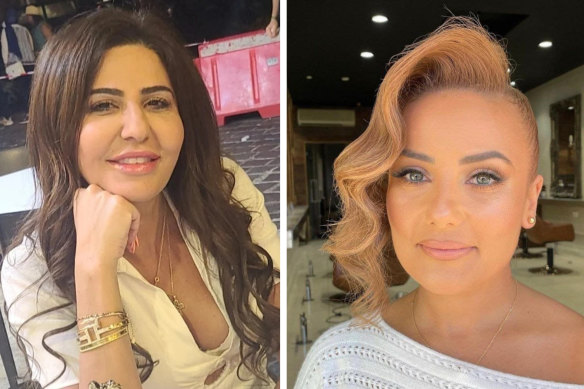 Superintendent Doherty said detectives were investigating several lines of inquiry, including the discovery of three burnt-out cars in the surrounding suburbs of Moorebank, Revesby and Yagoona.

“There’s a lot of information and lines of inquiry that are happening as we speak,” he said.

“We are taking this seriously. We’ll continue to work on this and hopefully get some answers for the families of both the women who have been shot down.”

Police fear the response from other gangland members could be extreme given the “rule book” of organised criminal violence has now been defied.

“It’s been long held in the past that you don’t target children and women or the family if there’s a conflict between two criminal networks,” he said.

“In this case, we’ve just seen the rule book completely ignored and thrown out the window. It is unprecedented. This one is now a new low.”

The two women were at the Panania residence with friends before a night out, and Hazouri, a hairdresser, was there to style Fadlallah’s hair, Nine News reported. 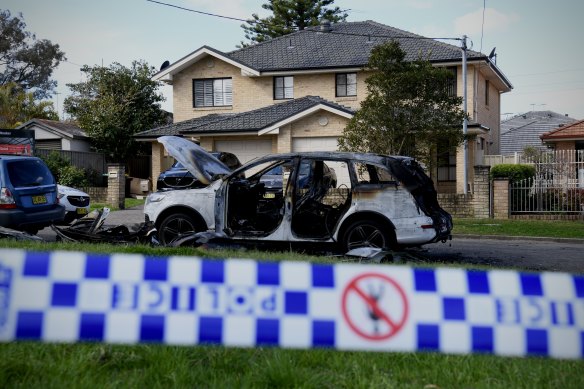 Police located three burnt-out cars in Moorebank, Revesby and Yagoona and are investigating whether they are linked to the incident.Credit:Dean Sewell

The 39-year-old – who police believe to have been collateral damage in the targeted act – was remembered in a social media tribute from her workplace on Sunday.

“We are shattered, our heart is broken, you left us too soon, may your memory be eternal GOD bless your soul. Till we meet again,” the post read.

A friend of Fadlallah’s, Gloria Poljak, also took to social media to pay tribute to her family.

“God bless you Lametta, praying for your son and your family,” she wrote.

“Thankful we shared a season in your life. You and your family are in my prayers.”