Boos from anti-monarchy protesters could be heard over the hundreds of cheering well-wishers who greeted the King and Queen Consort at Cardiff Castle.

Around 40 demonstrators gathered outside the castle walls on Friday with banners displaying messages such as ‘Abolish the Monarchy’ and ‘Democracy Now’.

It is the first negativity the King has encountered during his tour of the devolved nations as the new monarch.

Some protesters held giant Owain Glyndwr flags as the visit fell on the day that celebrates the legacy of the rebel who is considered to be the last native-Welsh Prince of Wales. 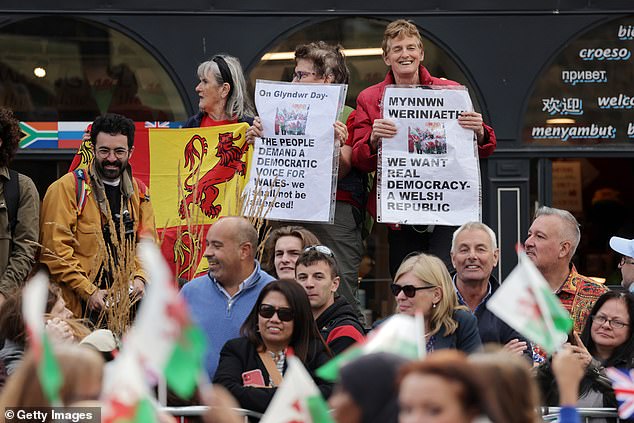 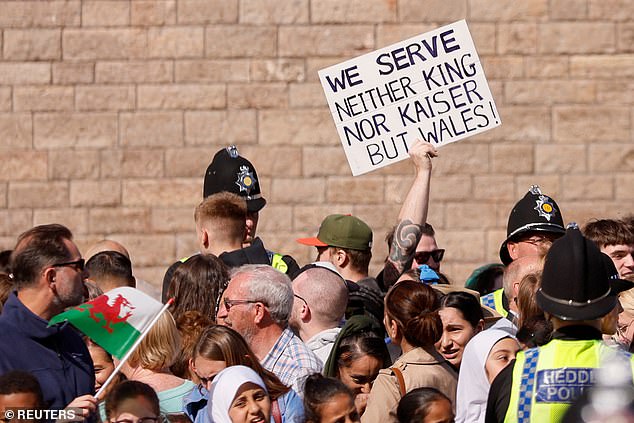 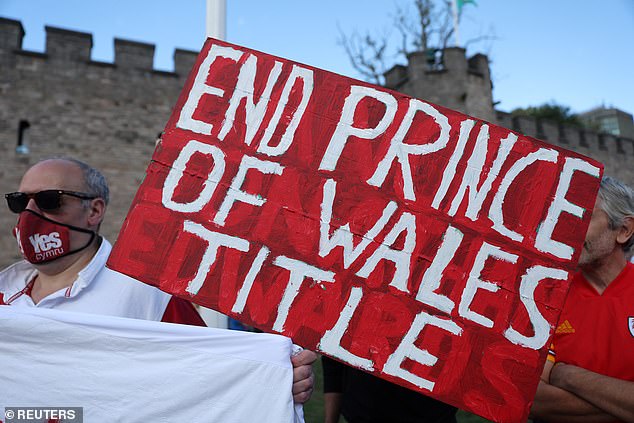 Many wore T-shirts bearing the words ‘Yes Cymru’ – the slogan of independence campaigners.

Despite the protests, the reception for Charles and Camilla was largely positive, with 150 primary school children chanting ‘King Charles, King Charles’ ahead of his arrival.

The atmosphere was also welcoming around Llandaff Cathedral where members of the public chanted ‘God save the King’ and showered the couple with flowers and gifts.

However, a lone male voice at one point shouted over the crowd: ‘We pay £100 million a year for you, and for what?’

At Cardiff Castle, six-year-old Nia Harvey-Pugh handed the Queen Consort a drawing she had done of the royal couple, with the message ‘To Queen, from Nia’.

The youngster had been queueing since 7am after being granted a day off school to meet the royals.

Nia managed to hand the drawing to Camilla as the couple did a walkabout, with all members of the public allowed inside the castle grounds giving them a warm reception. 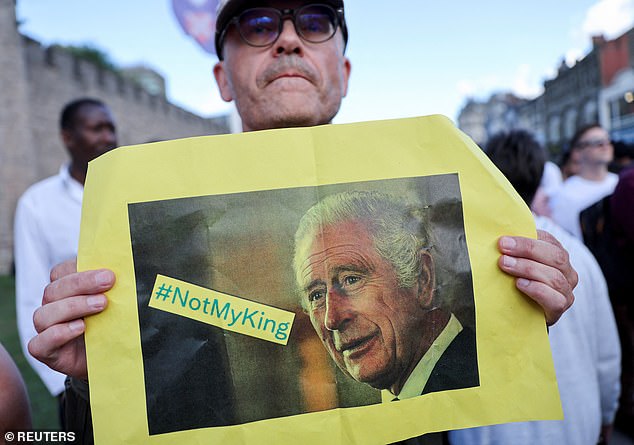 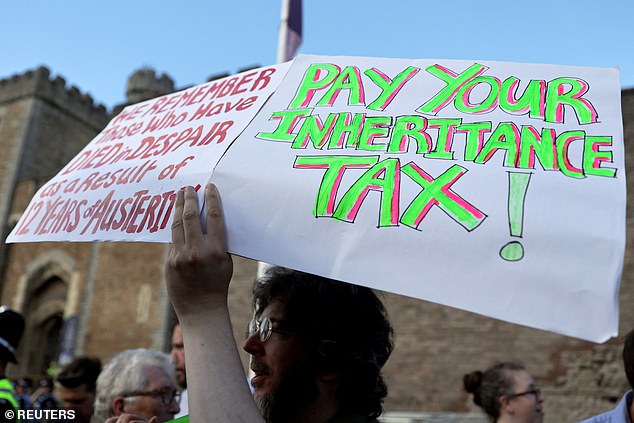 But as they made their way into the castle walls earlier in the day, following their visit to the Senedd, anti-monarchy protesters could be heard booing while holding signs reading: ‘We want a democracy, a Welsh republic’.

Although it was meant to be a silent protest by a number of groups under the banner Real Democracy Now, the rally also at times broke into song led by members of the Cor Cochion, a socialist choir based in Cardiff.

Campaigners, led by former Senedd member Bethan Sayed, said they want the Welsh public to consider whether a future without the monarchy is possible.

A petition calling for the end of the use of the Prince of Wales title by the British monarchy has gathered almost 30,000 signatures in a week.

When Charles and Camilla left the Senedd, there were a small number of boos from a few protesters but these were drowned out by people singing God Save The King. 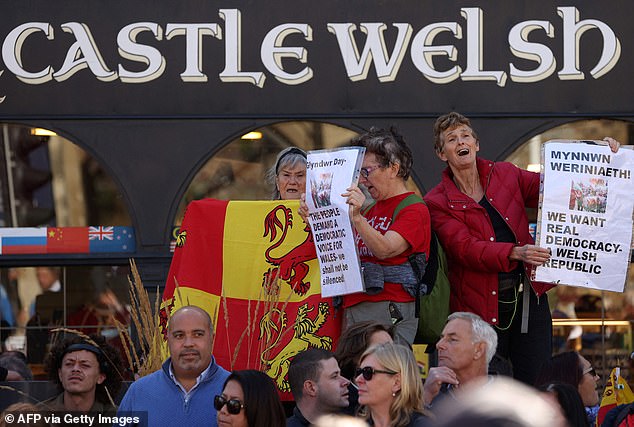 A petition calling for the end of the use of the Prince of Wales title by the British monarchy has gathered almost 30,000 signatures in a week 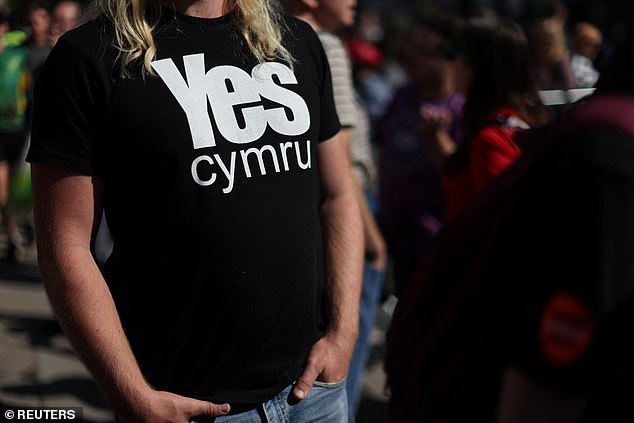 On leaving, the couple met pupils from Ysgol Gymraeg Hamadryad in Butetown, Cardiff, and Osian Powell, 11, presented Camilla with a posy.

The royal couple then did a walkabout outside, meeting well-wishers.

Inside the Senedd, Charles said Prince William, whom he appointed to be the new Prince of Wales last week, had a ‘deep love’ for the nation.

He added the title dated back to ‘those great Welsh rulers like Llywelyn ap Gruffydd’ whose ‘memory is still rightly honoured’.

Opinion polls taken over the years have consistently shown a majority of people in Wales support having a Prince.