One person is dead and two are missing after six people in homeless encampment swept away in raging river as storm pounds California: Fire crews pull three survivors from the floodwater

One person died and two are missing after a homeless encampment was swept more than three miles downstream by flash flooding in southern California.

Six people were sheltered in a park in Ontario, a city around 40 miles east of LA, when fast moving currents carried them into multiple water basins.

Firefighters recovered three people from the basins alive. A water rescue team sent divers out in dinghies to search for those missing and as of Tuesday evening had recovered one body.

Ontario Fire Department responded to reports at around 9.45am on Tuesday that people were caught in the Cucamonga wash, which had swept them from a flood tunnel in John Galvin Park.

The three people who were rescued were taken to hospital but their condition is unknown. 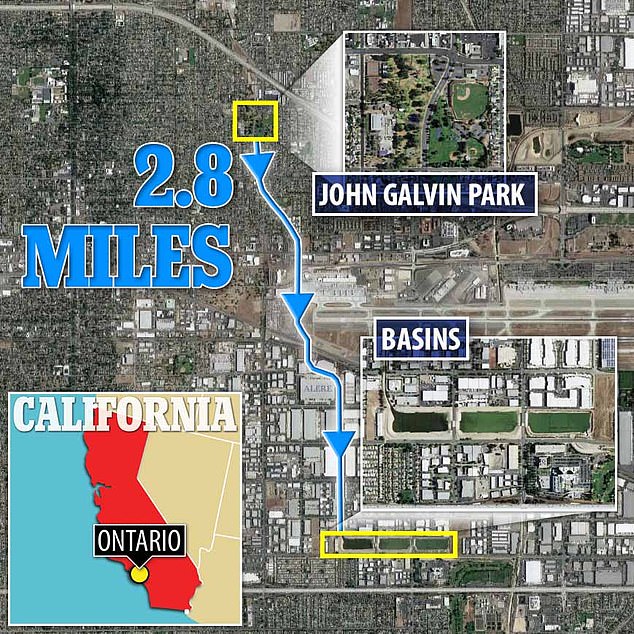 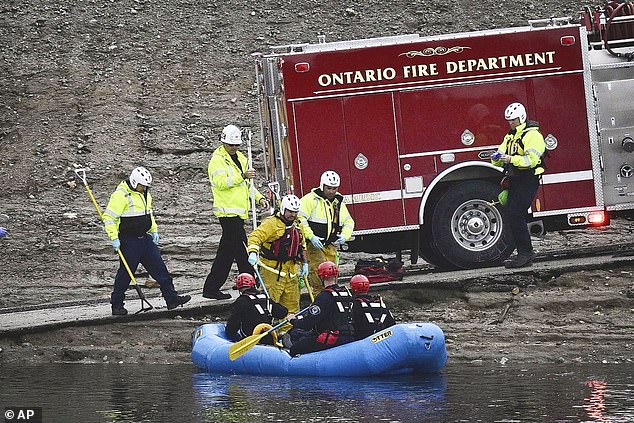 The Ontario Fire Department recovered three people from the basins alive. Divers in dinghies were sent out to find the remaining three 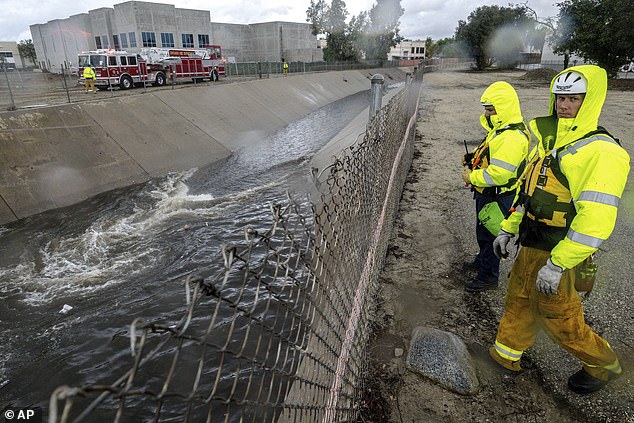 The homeless people had been staying in a flood channel in the park that offered cover, according to the fire department.

‘They’ll use these for shelters, and these waters come so fast that once they come, they’re very difficult to get out of those situations,’ Chief Ray Gayk with the Ontario Fire Department told ABC7.

‘They’re incredibly dangerous, because once people get into these, the likelihood of them getting themselves out is virtually impossible,’ said Gayk.

The San Bernardino County Sheriff’s Department dive team was looking for the missing among the debris and vegetation of the basin.

Gayk said visibility in the water was poor and hindering the search. 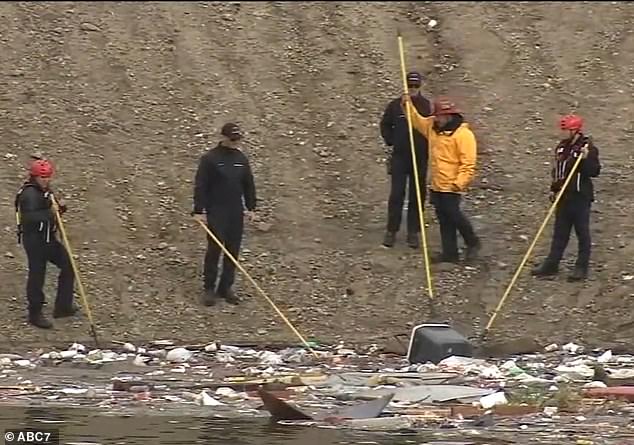 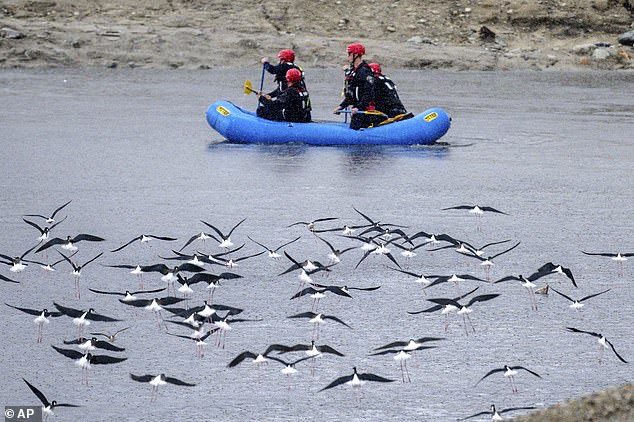 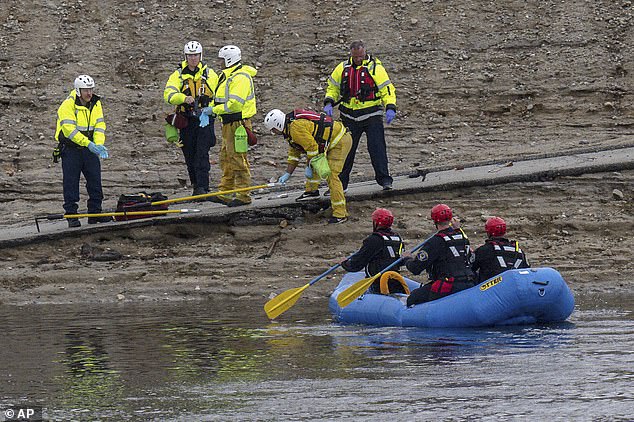 The six homeless people were swept from a flood tunnel in John Galvin Park in Ontario, California

The hunt continued for the others in one of the retention basins near Philadelphia Street and Baker Avenue, more than three miles away south of Ontario International airport.

‘They’re scouring the entire the basin trying to locate those bodies. We’re not sure they’re here, but we need to do our due diligence and find those folks,’ Bell told KTLA.

‘They were living in an area that’s not safe when you have high flood waters like this,’ he added.

Video shared by the fire department showed the fast pace of the water. It also warned people to stay away from any riverbeds or flood channels – suggesting that just three or four inches of depth is enough to be carried away.

The flooding in Ontario was part of wider flash floods that affected much of southern California.

Back in September, heavy rain caused mudslides in San Bernardino County to the east of Ontario.

A devastating mudslide crashed down from the San Bernardino mountains and into the Oak Glen Steakhouse and saloon.

Recent flooding in Cypress Park in LA caused cars to be carried away by water gushing through the LA River. 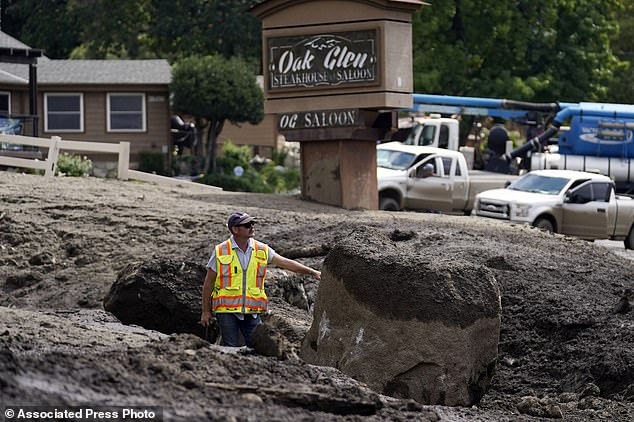 California Geological Survey geologist examines the damage caused by a mudslide in Oak Glen, California. Cleanup efforts and damage assessments were underway east of Los Angeles after heavy rains unleashed mudslides in a mountain area scorched by a wildfire two years ago