There is no one road to breaking point and often no signposts. For many, it is a journey that takes thousands of steps and for others, it just arrives – an unexpected destination reached in one giant leap.

In the case of police officer and hostage negotiator Anthony McLean, the surprise is not that he suffered from post-traumatic stress disorder but that it took so long for him to reach the point where his life imploded. 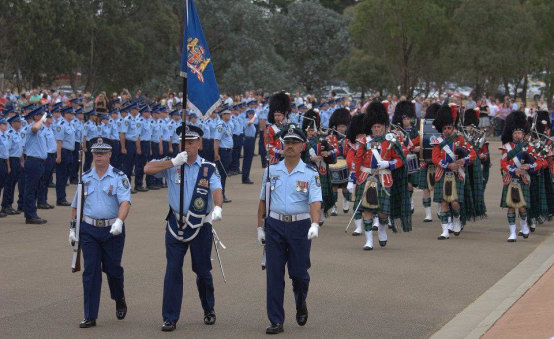 The harsh realities of policing shouldn’t have been a shock to the idealistic teenager who joined within a year of leaving school.

His father, Alan, was a policeman for 32 years and his brother is still in the force. Anthony served for 31 years, mostly in country NSW.

Many of us think of the hard edge of policing as an urban problem and that the work of country cops is a little more gentle. The truth is, in the city there are specialists. In the bush, you just have to find the answers yourself.

Just months after his 1988 graduation and posting to Albury he was called to an accident where two motorcycles collided head-on. Both riders suffered fatal injuries but Mclean still tried CPR on one who had a giant hole in his chest.

The next year he was at the scene where three young men died after their car slammed into a parked tray truck. He dragged the 17-year-old driver free hoping he was still alive. “I’m sure he took his last breath in my arms.”

The distance from Sydney meant regional centres needed their own hostage negotiators, a position handed on internally.

There was a tradition that when a hostage negotiator moved on they would recommend a local officer as the replacement. “When the local man retired he passed the baton to me,” McLean says.

The training took three years, including full-time study blocks and part-time field work while remaining a general duties officer. It is not just one cop with a bullhorn, but small teams trained as experts in judging risk with the strategic flexibility to adapt to changing emotional triggers while relying on access to psychiatrists’ expert advice. The negotiator has to be able to win the trust of mentally and emotionally stressed offenders who threaten violence on others or themselves. 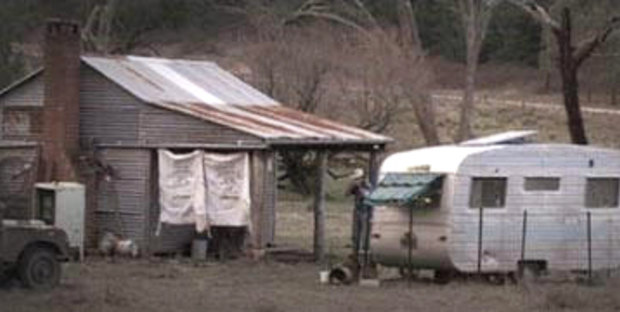 Jim Hallinan’s shack. He was shot dead by police after a 33-hour siege.

The wrong move or the wrong call could be fatal, not that in the beginning McLean felt the pressure. “I always felt calm because we had been trained so well,” he says. That was in the beginning.

His first case was a man armed with a knife holding his former partner hostage. Talking on the phone the offender would say he was tired and needed a break. Eventually, he surrendered, but any sense of satisfaction soon dissolved when investigators later told McLean, “Every time he got off the phone he raped her.”

He was called to a crisis about once a month, including suicide interventions, sieges and hostage stand-offs. Most ended well. Some didn’t go to plan.

Such as the man on a roof threatening to leap onto a spiked fence. McLean felt he had the situation under control until a chaplain took it upon himself to climb on the roof to take control. “Then I had to talk two people down.”

There was the man under his house threatening self-harm. McLean tried to persuade him to come out to receive help. Instead, he drank an arsenic-based weed killer. At the hospital, they were told there was no antidote, and it was only a matter of time. “He died two hours later.”

Not that general duties policing was a respite. In 1996, a burglar he was chasing stabbed him with a syringe claiming he was infected with Hepatitis B. It took three months for McLean to be cleared.

The same year he was called to the suicide of a retired doctor who had disembowelled himself with a cutthroat razor.

On the way to an emergency call, his police car slammed into a vehicle, leaving a civilian passenger with life-altering injuries.

A keen AFL centre-half forward in 2001, he went to a team function at the Tumbarumba Bowling Club but didn’t drink because he was on night shift. At 4am, he was called back to a car accident. His friend and teammate had hit a tree and was lying dead at the base. A few hours later, he had to inform the victim’s pregnant girlfriend he was dead.

Most of McLean’s grim jobs didn’t make the headlines, but one did – big time.

It began on February 23, 2001, when two officers arrived at the Snowy Mountains shack, about 25 kilometres from Tumut, of troubled local Jim “Hank” Hallinan, 57, to arrest him on a warrant for failing to attend court on minor charges.

Hallinan, who didn’t like police and was suffering a psychotic episode, threatened them with a rifle, and they fled. When police returned, it began a siege that lasted 33 hours.

“I was working in the watch house at Tumbarumba when I got the call about the siege. We went as the relieving [hostage negotiation] team.”

Police tactics that remain open to question were based on the fear that Hallinan could escape a cordon of up to 100 police and head to Tumut armed with his rifle. The tactical head was not at the scene and didn’t know the distance from the cover to the shack.

At one point, the negotiators used what is known as third-party intervention – broadcasting, via a bullhorn, a taped plea from a friend of Hallinan to surrender.

The response was immediate and unwelcome. “He came out and fired shots at us while we were behind a tree. I could hear the bullets whizz past. We looked at each other and said, ‘Well that didn’t work’.”

A sniper positioned to protect the negotiators had been ordered to move to cover an arrest team.

The negotiators were told by a consulting psychologist: “This will not end well unless you take immediate action.”

After 33 hours, police planned to break the deadlock by luring the gunman out where there would be police dogs on either side ready to take him down.

“My job was to draw him out by abusing him. I called him every name I could think of.”

He was lured out, but the dogs did not have a line of sight and didn’t attack.

Meanwhile, the Alpha arrest team had broken cover from a line of trees and were trying to get close enough to disable him with non-lethal bean bag shots fired at close range from a shotgun.

“The Alpha team was firing distraction devices onto his roof. It was like a movie,” McLean says.

Then Hallinan turned, raised his gun and began to take aim at the arrest team.

“He was about to fire on them. A sniper then shot him in the head. He didn’t just fall – he flew into the air and was flung back.”

The scene fell into chaos. Mclean was told to remain at the scene while others were interviewed. The hostage negotiator was forced to remain for five hours metres from the body of the man he had tried to save.

Later, when the sniper rang his parents to say he was unharmed, the NSW Police department billed him for the call. 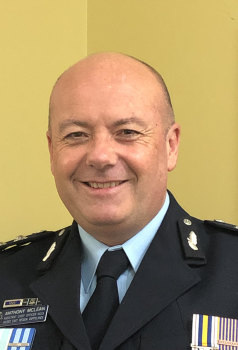 Anthony McLean. Now recovering and working in the Victoria SES.

McLean feels he was treated as a criminal rather than a victim. He says all the main players in the siege left policing.

“I had a career that was surrounded by death and more death,” McLean says. He started to have mood swings, flashbacks, broken sleep and nightmares – often with him being chased by stormtroopers.

“I tried to hide it because if it became known they would take your gun away and you are finished.”

But it was not an incident on the road but behind a desk that proved the tipping point. As a chief inspector, he worked in strategy and actively argued against a restructure that would force officers to relocate. When in 2018 a fellow chief inspector and McLean’s good friend was notified he was to be transferred he went home and hanged himself under house.

“After that ,I was a dribbling mess. I felt I was responsible. I considered suicide and had the noose around my neck. I also thought about driving into trees.”

“My family remained rock solid even though I gave them hell.”

When he sought help his psychiatrist told him that while suicide may be an option for him, he would leave behind his family that would need counselling for years. “He said it was a long-term solution for a short-term problem.”

Medically discharged from the NSW Police Force in 2019 meditation and a PTSD recovery course brought McLean back from the brink and in late 2020 he applied for a job as a regional manager in the Victorian SES.

“When I was offered the job before I accepted, I told the boss about my PTSD.

“The response was: ‘So?’ They have been so supportive, from management to the volunteers. I’m not broken to them.”