Home » World News » These Gold Star dads find a moment of joy in an unusual place: a Texas racetrack

These Gold Star dads find a moment of joy in an unusual place: a Texas racetrack

Tony Ruiz’s heart was pounding as he bounced from a go-kart after a satisfying zip along a track carved between green, grassy Texas fields.

“That was fun, man, that was crazy; get the old adrenaline going,” said Ruiz, a bear of a man — bald, with a patch of grey stubble on his chin.

But even in this moment of pure joy, Ruiz carries the memory of his son with him. 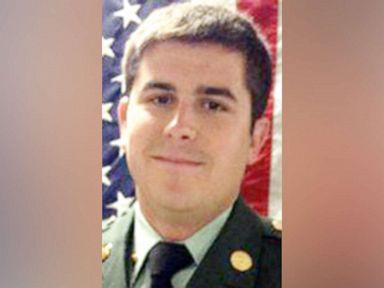 Ruiz’s son, Sgt. Clinton Ruiz, was killed in Afghanistan 30 days into his deployment on Oct. 25, 2012, when an Afghan national police officer turned his weapon on him.

“I don’t believe it’s something that ever isn’t raw,” Ruiz said. “It’s the kind of wound that just doesn’t heal — it gets different, but it’s always there.”

His son was 22 when he died. Clinton Ruiz and his wife, Kyra, who was 21-years-old at the time, were raising their 15-month-old son Caleb at their home in Poway, California. 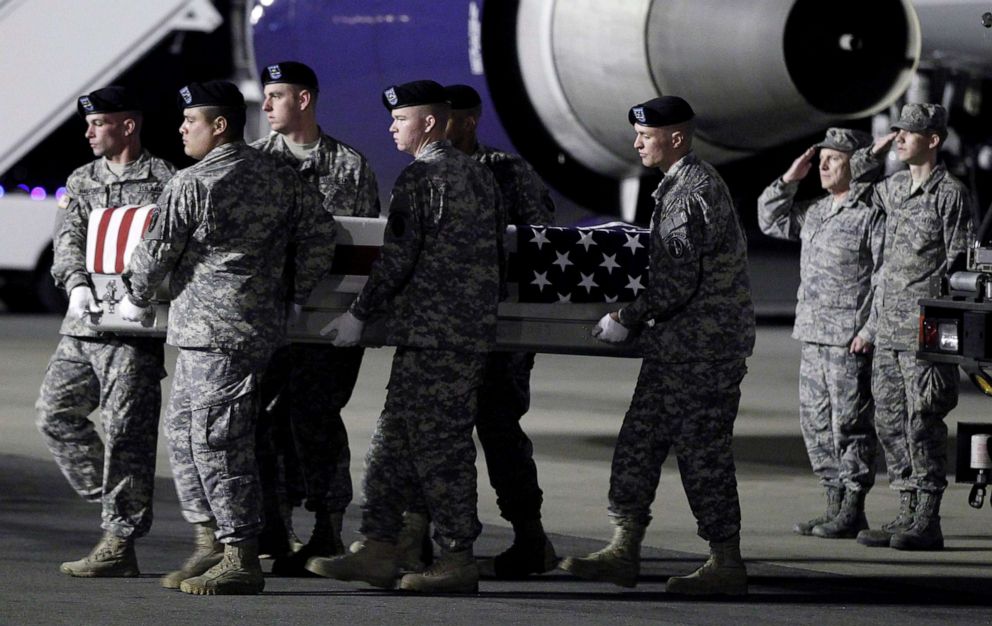 “It was a beautiful thing to watch him raising that little boy for the brief window that he had,” Ruiz said.

“These kids, you know, they don’t plan for this — who knew she’d be a widow at 21-years-old?” he added of his daughter-in-law, who now lives in Charlotte, North Carolina, with his grandson.

Ruiz was racing go-karts at the Motor Speedway Resort Houston in Angleton, Texas, as part of a retreat for men put together by TAPS (Tragedy Assistance Program for Survivors), a non-profit organization that provides care and support to people who have lost loved ones as part of the U.S. military.

Gabriel Rao, manager of the men’s program for TAPS, came to lead the group after he dealt with his own brother’s death in December 2009. Elijah Rao, 26, was on patrol in Nuristan Province, Afghanistan, when a roadside bomb exploded. 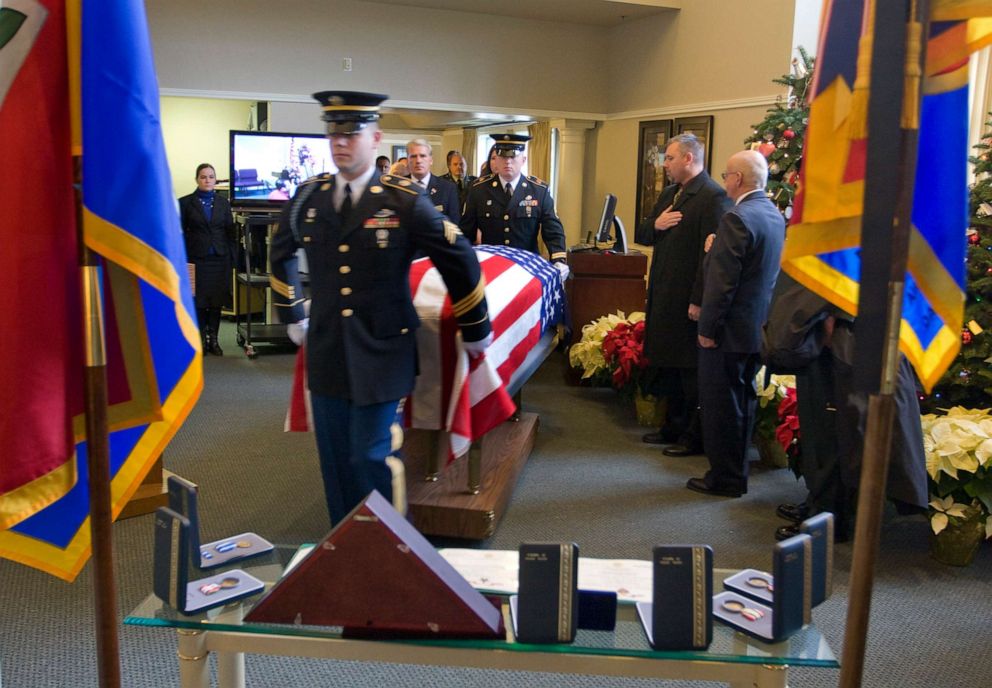 “Everything changed from that point on,” Rao said. “As a sibling, what really happened was I had to put my grief to the side and be strong for my parents, and to be strong for my sister — for his wife. It took about two years for me to start to even be able to explore my own grief.” 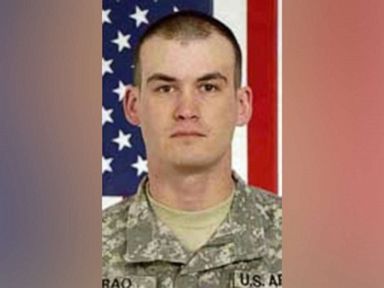 Now, he said, “I’m very thankful when tears come for Elijah because it shows a life well lived, and so there’s almost an appreciation I have for some of those stages of grief I have now.”

Rao brought that message to the track at MSR, where the men could hang out, race cars and have an open space to discuss and feel the emotions in the wake of loss.

“What we’re trying to do is be able to create a safe space — a container, if you will — to be able to have conversations and say, ‘No, you can feel, and it’s OK to feel,'” Rao explained. “And what does it look like for men to come together in camaraderie and fellowship with one another to be able to say, ‘Me too, I feel that; this sucks; this is a spot I didn’t want to be in and it hurts,’ and that’s alright.”

He continued, “I think that the narrative is starting to change and flat out men are coming to the table saying, ‘No, I need something a little different’ — I think there’s this natural tendency now where men are starting to step up and say ‘I need to address this.'”

Alongside Ruiz was another father, Perry Monroe, who was grieving the loss of his son. Army Sgt. Christopher Monroe was 19 years old when he was struck and killed by a private contractor’s convoy in Iraq on Oct. 25, 2005.

Perry Monroe, who also served in the military, said that growing up, his son was always doing something with the military, and after the terrorist attacks on Sept. 11, 2001, “That patriot in him came out and everything else could wait.”

The father from Texas said he put off dealing with his grief for years after his son’s death.

“I had been living in a state of depression that I had progressed to a point and I stalled out because I was just spinning my wheels. All I literally did for years was get up, go to work, come home eat and sleep,” Monroe said. “I had a small group of friends and that was it. Since then, breaking out, I’ve not been afraid to speak.”

Recently at an event in College Station during an interview, he said “part of the reason I do this is for his son.”

“When it happened, knowing the combination of seeing a chaplain and sergeant first class when they sat me down and told me it was my son, it was like the numbness set in, it was like going on autopilot,” he continued. “It was like going back to losing my friends, but this time it was closer, it was family.” 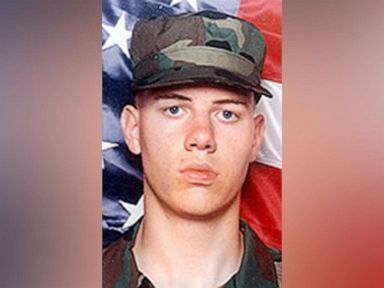 Monroe has since learned the power of using grief to push forward.

“It was focusing on what needed to be done, what had to be taken care of. And that’s what is so hard [about] being a man dealing with grief, because we’re taught, ‘You hide it, you don’t cry, you don’t break down, you’re strong.’ No, when you cry, you’re brave,” he said. “When you’re vulnerable, you’re brave, you’re human; you’re not a machine, and grief is part of that — but not letting it hold you back and considering it a partner on the journey.”

The group of men “walking with the same weight belt,” as Ruiz explained it, took comfort in the TAPS environment and practices led by Rao.

“I was really apprehensive; I showed up this morning and got with this group of guys,” Ruiz said. “Gabriel was leading the guys in things men don’t generally do, focusing on our feelings and ourselves.”

“Actually allowing him to lead through some exercises — I found it enlightening and help me kind of realize where I’m at,” he added.

Ruiz said it has taken him seven years since his son’s death to realize “in reality you’re not OK.”

“You’re just walking around with it — you just say ‘I’m fine, I’m good’ — but you don’t realize just how hurt and devastated you are,” he said.

“It takes a moment and being around a group like this you can’t heal if you don’t try to heal,” Ruiz explained. “An emotional wound is every bit as catastrophic as a broken [skin] wound.”

Monroe shared that TAPS has given him the courage to “come out of that hole” and talk about his son.

“Though he’s not here, he’s still a living legacy. He’s here in his own way and that’s just the way it’s been better,” he said.

Monroe thought his son would be happy knowing that he has taken steps to help himself and others.

“I went and took the course to be a peer mentor for me to help the men that have lost a son, that have lost a friend through suicide, illness, combat, taking my experiences and help heal others,” he said. “I know he’d have a smile on his face from ear to ear.”

His son wanted to work for NASA to create plants that could travel to space for long duration missions in culinization.

“I took the money from the death gratuity and I donated it for someone to live his dream,” Monroe said.

When Monroe got word 14 years later that Christina Koch would be the first astronaut scholar to go into space, he said “it was so emotional to know here is someone living his dream.”

“Christina, the female version of Christopher, that ain’t coincidence,” he added. “Knowing that she’s up there as an inspiration for others, that gives validation to my son’s life.”

The retreat, located near Houston, also gave Monroe the opportunity to visit the International Space Station, making the trip that much more special.

All three men — Monroe, Ruiz and Rao — were linked by the loss of a soldier in battle, but will continue to be tethered as they move forward and heal.