Plop Gear: Toyota Corolla is completely covered in COW DUNG to keep it cool in India

A Toyota Corolla has been covered in cow dung in an innovative effort to keep the vehicle cool in India’s scorching summer.

The Corolla Altis, owned by Sejalben Shah, was smeared in a neat layer of the animal waste, covering the whole bodywork in a bid to absorb heat.

Pictures of the newly brown-coloured automobile were taken in the city of Ahmedabad in western India and have spread on social media. 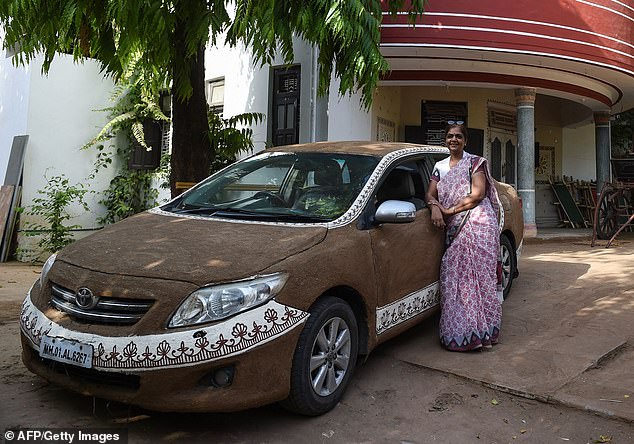 Put it into turd gear: Sejalben poses by her car 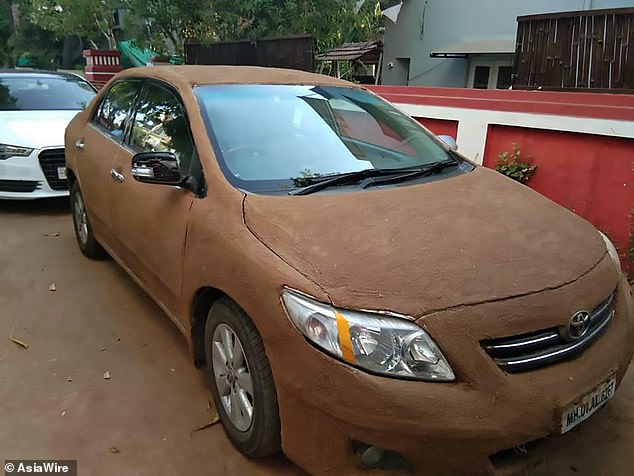 Inventive: This car in Ahmedabad, India, has been completely covered in cow dung in a bid to keep the vehicle cool in the country’s scorching summer

Cow dung is widely used throughout rural India to keep houses and huts cool in the summer months and other hot spells.

However, the smell of the car may prove problematic.

Rupesh Gauranga Das, who posted the pictures, said the bizarre new paint job was the ‘best use of cow dung’ he had ever seen.

Weather forecasts for Ahmedabad, in the state of Gujarat, show temperatures rising to more than 111F (44C) in the coming days. 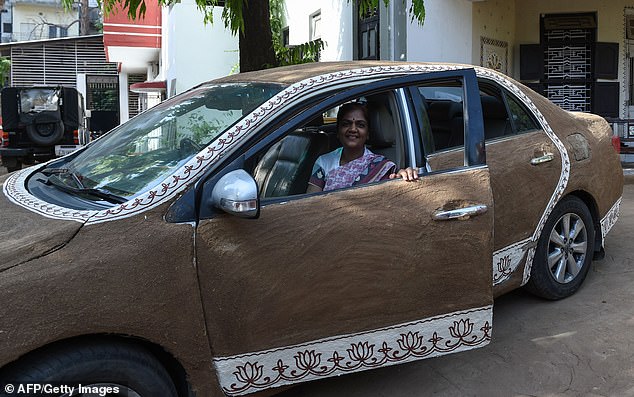 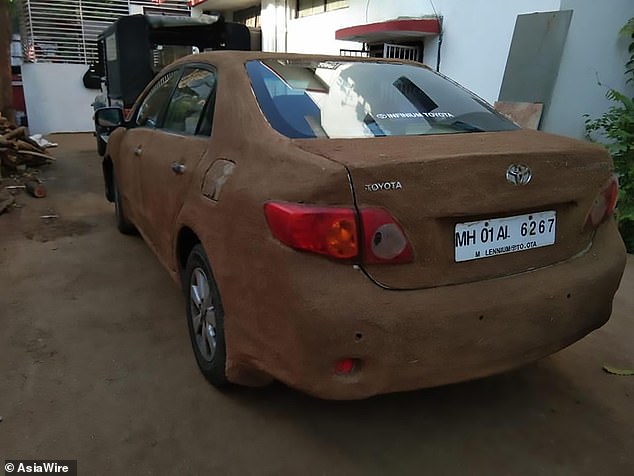 From the rear: This view shows the back of the vehicle which its owner is trying to keep cool amid temperatures which are expected to reach 111F in the coming days

That year saw a record heat wave across India with temperatures reaching an 124F (51C) in one northern city.

Hundreds of people die every year from the heat in India, with May and June usually the hottest months.

It is followed by the monsoon season which sees huge rainfall.

An experiment in 2012 revealed how dung beetles use their waste to keep their legs cool.

Researchers in South Africa and Sweden found that the insects would climb on a dung ball as a form of ‘thermal refuge’.