Trafalgar Square evacuated by hours before thousands gather in London

Trafalgar Square was evacuated this morning, with police clearing the area of people.

Police tape can be seen in video footage shared from the London site, with officers redirecting cars and people before 11am.

The road was closed off and pedestrians were being told to get out of the area. Some have suggested that a hotel was also evacuated, and the front of the National Gallery — overlooking the square — locked. 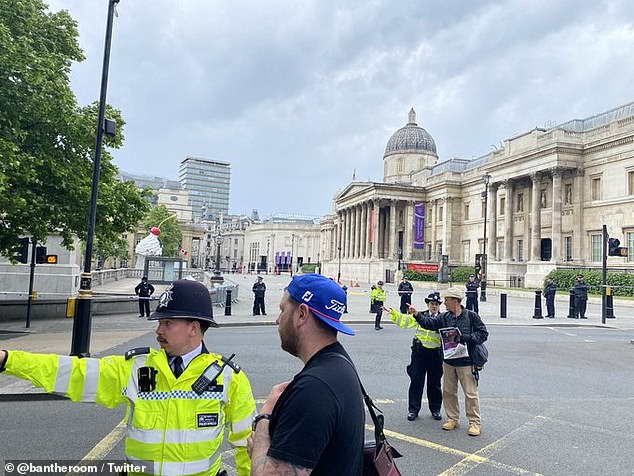 Officers were redirecting people out of the area, with police tape in place 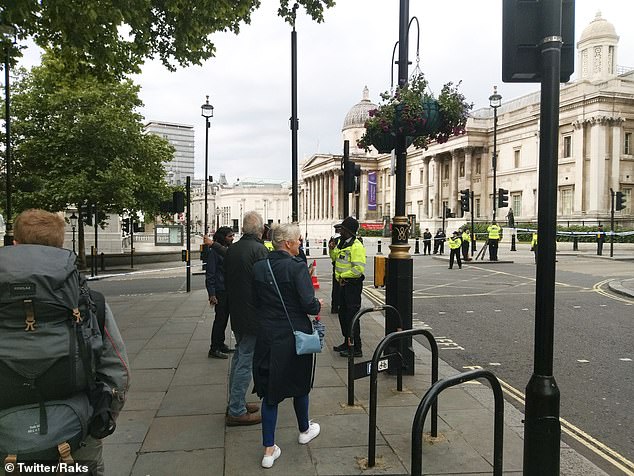 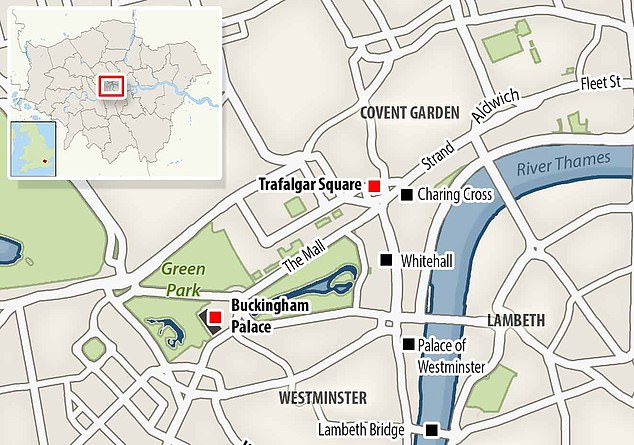 Some people at the scene said that a suspicious vehicle had been found but this has not been confirmed. Others suggested that there was a ‘controlled explosion’.

The fire brigade are also attending the scene. Ambulance crews are aware of the incident but had not been called.

A journalist at the scene, Jon Hansen, said on Twitter that he was rushed out of his hotel.

‘Vehicle left out overnight,’ he wrote. ‘Saw all four windows of the car smashed out. Told us they were waiting for controlled explosion. They rushed us down the street. When we reached the other side of Trafalgar (around the back) heard loud explosion.’

Westminster Police on Twitter said: ‘Officers are currently at Trafalgar Square where they have evacuated the scene. Please do not travel to the area.

‘Police remain on scene. The incident has now been concluded and the square will reopen in due course.’ 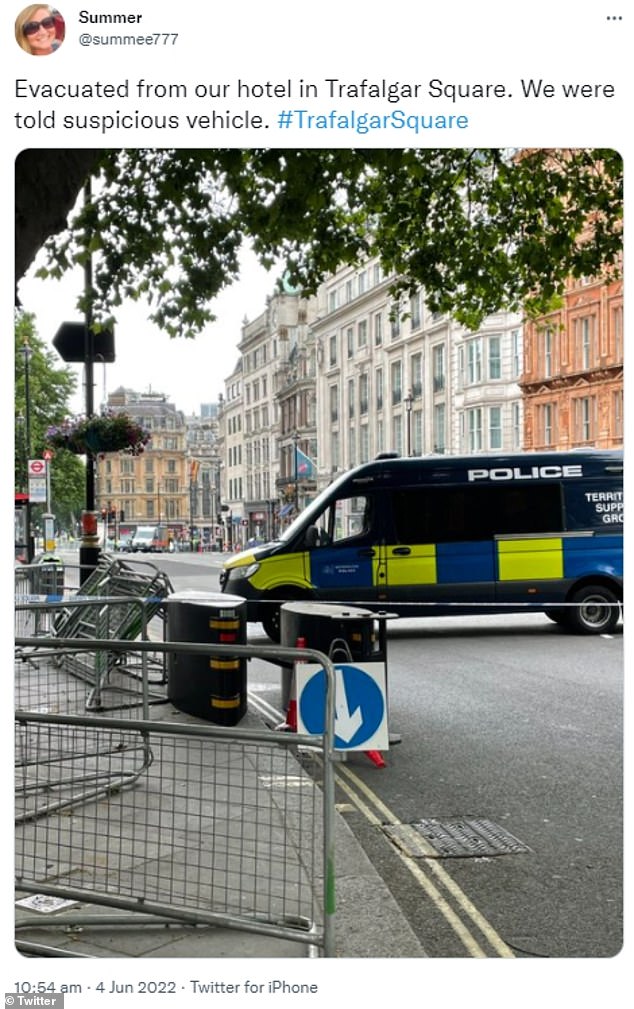 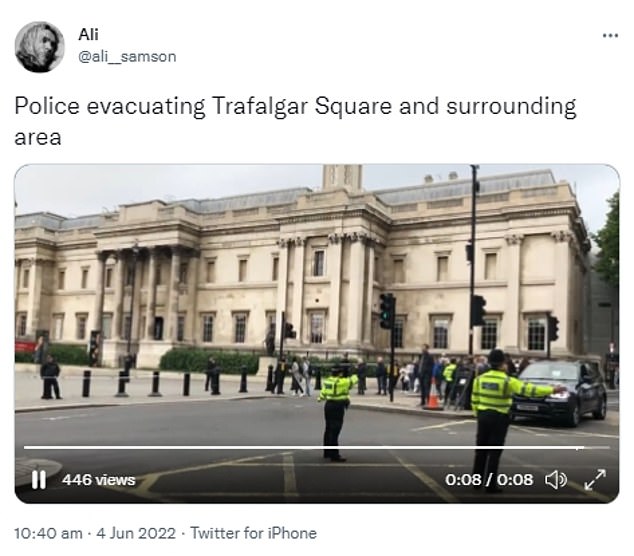