A new report says that President Trump wanted to show he was superhero-strong when he left the hospital after being treated for coronavirus.

The New York Times is reporting that while he was at Walter Reed National Military Medical Center receiving coronavirus treatment, President Trump expressed a desire to stage a release-day stunt.

The newspaper reported that, on several photo calls made from inside the hospital’s presidential suite during his three-day stay, Trump toyed with the idea of likening himself to Superman. 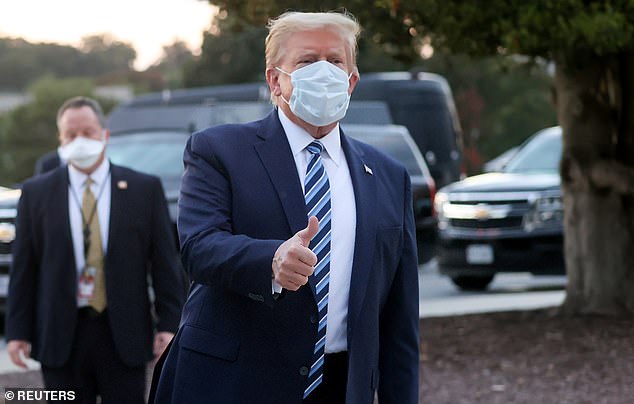 Sources said that Trump supposedly wanted to appear frail upon first leaving the hospital, but then he would rip open his button-down shirt to reveal the Superman t-shirt he was wearing underneath it.

The move was meant to be a ‘symbol of strength,’ according to the newspaper.

At some point, Trump abandoned the stunt idea before leaving the hospital on October 5.

Trump announced that he was diagnosed with coronavirus on October 2 and was taken to the hospital the next day, where he was given the anti-viral drug remdesivir.

In addition, he was dosed with an experimental antibody cocktail from Regeneron and put on dexamethasone, a steroid.

Trump left the hospital briefly on October 4, to wave a supporters while riding around in the presidential SUV.

He then left the hospital for good on October 5, walking out under his own power. 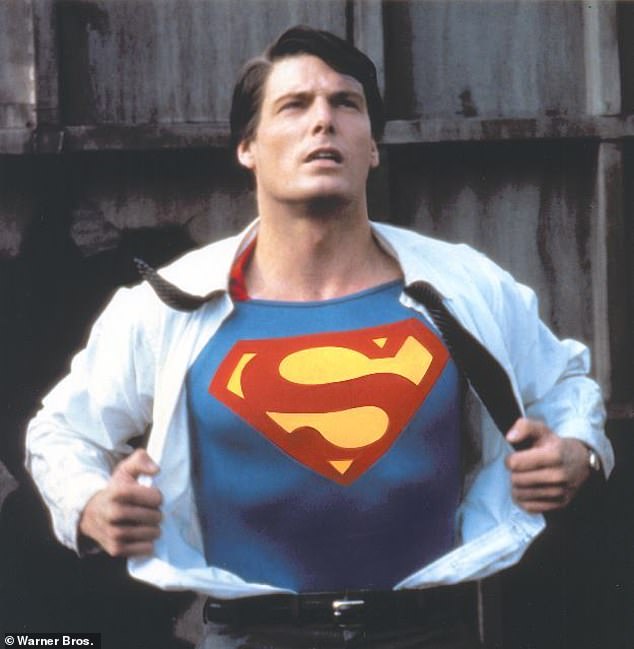 According to sources, Trump toyed with the idea of appearing frail as he left the hospital and then ripping open his shirt to reveal the Superman logo underneath it as in the movies (shown is Christopher Reeves from the original Superman movies) 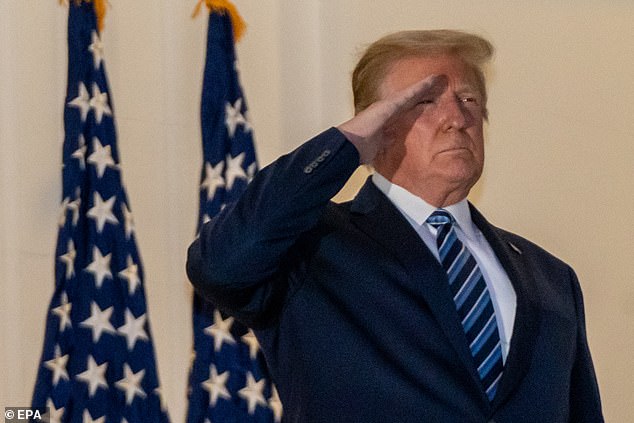 At the time, White House physician Sean Conley told reporters that Trump had ‘met or exceeded all standard hospital discharge criteria’ and could be released and receive further treatment at the White House, NBC News reported.

On Saturday, Trump made his first appearance at a public event at the White House since the September 26 Rose Garden ‘superspreader’ event celebrating Judge Amy Coney Barrett’s Supreme Court nomination and his coronavirus diagnosis.

During his 17 minute speech at the campaign event organized in partnership with Candace Owens’ Blexit group, Trump said that he was ‘feeling great’ after his hospital stay and being put on the various treatment drugs.

He also said that a coronavirus vaccine would be ‘out very soon’ and that the virus itself would be eradicated ‘very soon.’