Washington: The Biden administration announced on Friday (local time) that Australia would join the US, Denmark and Norway in a joint effort to curb the export of technology products that are used to aid repression.

The White House said last week it was forming a group to address “the misuse of certain dual-use technologies that can lead to human rights abuses” and to ensure that “critical and emerging technologies work for and not against democratic societies.” 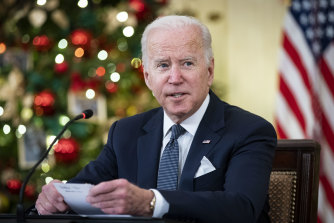 On Friday, it revealed the names of countries pledging to work with it on the endeavour, adding that Canada, France, the Netherlands and the United Kingdom also supported the move.

“Over the coming year of action, we commit to working to establish a voluntary, non-binding written code of conduct around which like-minded states could politically pledge, to use export control tools to prevent the proliferation of software and other technologies used to enable serious human rights abuses,” the member countries said in a statement.

The announcement was made as part of US President Joe Biden’s December 9-10 Summit for Democracy, with the goal of helping stop democratic backsliding and the erosion of rights and freedoms worldwide.

The summit invitation list did not include China or Russia.