Experts are confident that three doses will offer significantly higher immunity against severe illness and death from the highly-evolved strain.

In people who had their second dose more than three months ago, effectiveness against symptomatic disease could be as low as 40 per cent, according to the real-world analysis.

But officials stress that even two vaccines should still offer high protection against severe illness, in the most promising sign yet that the incoming wave of hospital admissions and deaths will not surpass previous peaks.

There is now growing optimism among No10 scientists that Plan B restrictions and the booster campaign will be enough to avoid more draconian curbs.

It was also confirmed that none of the UK’s 1,265 Omicron infections have led to hospital admission or death so far.

The UK Health Security Agency looked at 581 people with confirmed Omicron and compared their vaccine status to a control group of people who tested positive for Delta.

It estimated that a Pfizer booster provides between 70 and 75 per cent protection against mild Omicron illness, regardless of which vaccine was originally used, compared to 90 per cent for Delta.

Two doses of Pfizer may offer just 40 per cent protection after three months compared to around 60 per cent for Delta. Data for two AstraZeneca shots was less reliable due to the fact it was restricted in some age groups.

UKHSA experts who carried out the study said that while it was disappointing that Omicron weakened existing jabs to some extent, the new variant is not as vaccine-evasive as initially feared.

They warned, however, that because the strain can slip past the immune systems of people with waning protection, it is on track to become dominant in days.

The agency estimates that the variant is double every two to three days and that Omicron case numbers will exceed one million by the end of the month. 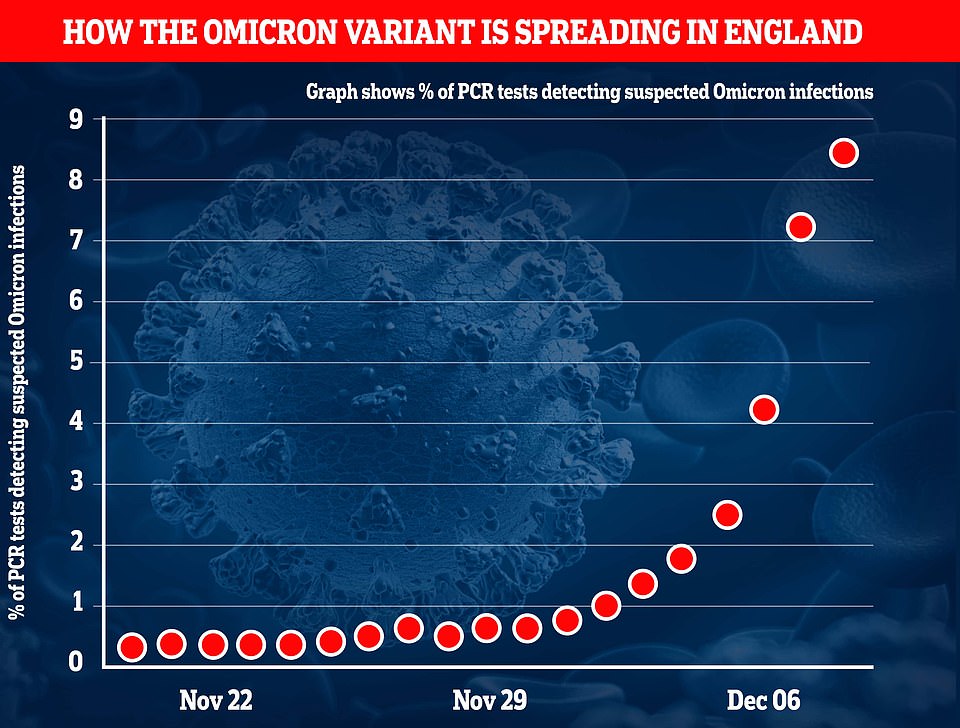 UK Health Security Agency data shows that Omicron may now be behind 8.5 per cent of infections. The figures are based on the proportion of PCR tests failing to detect a specific gene, an early indicator of the variant. PCRs look for three genes to confirm a Covid infection, but with Omicron one is so mutated that they only pick up two of them 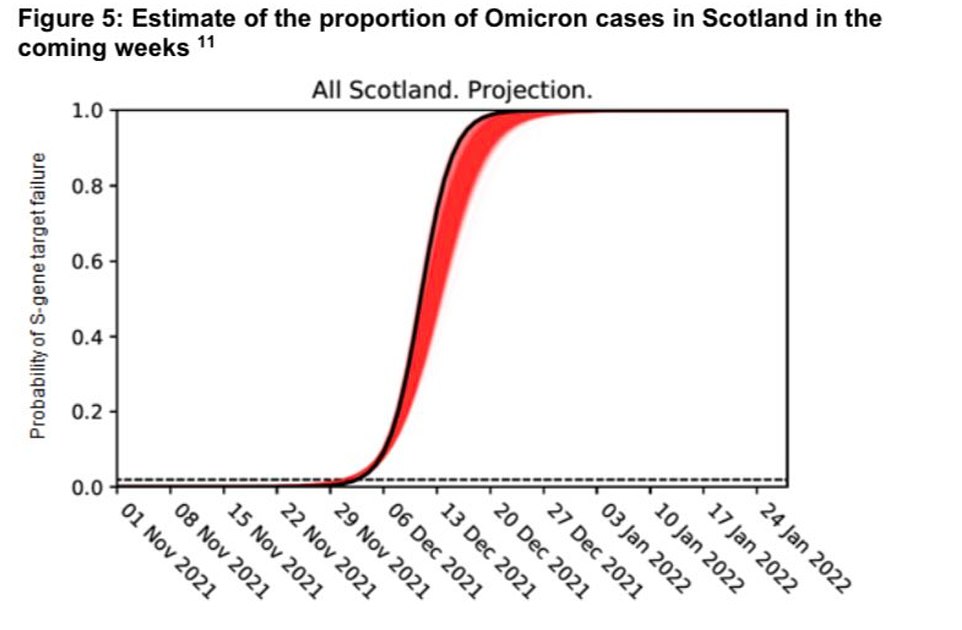 Public Health Scotland estimates the new variant will be dominant next week, accounting for more than 50 per cent of all Covid cases, and make almost all new infections by the end of the year 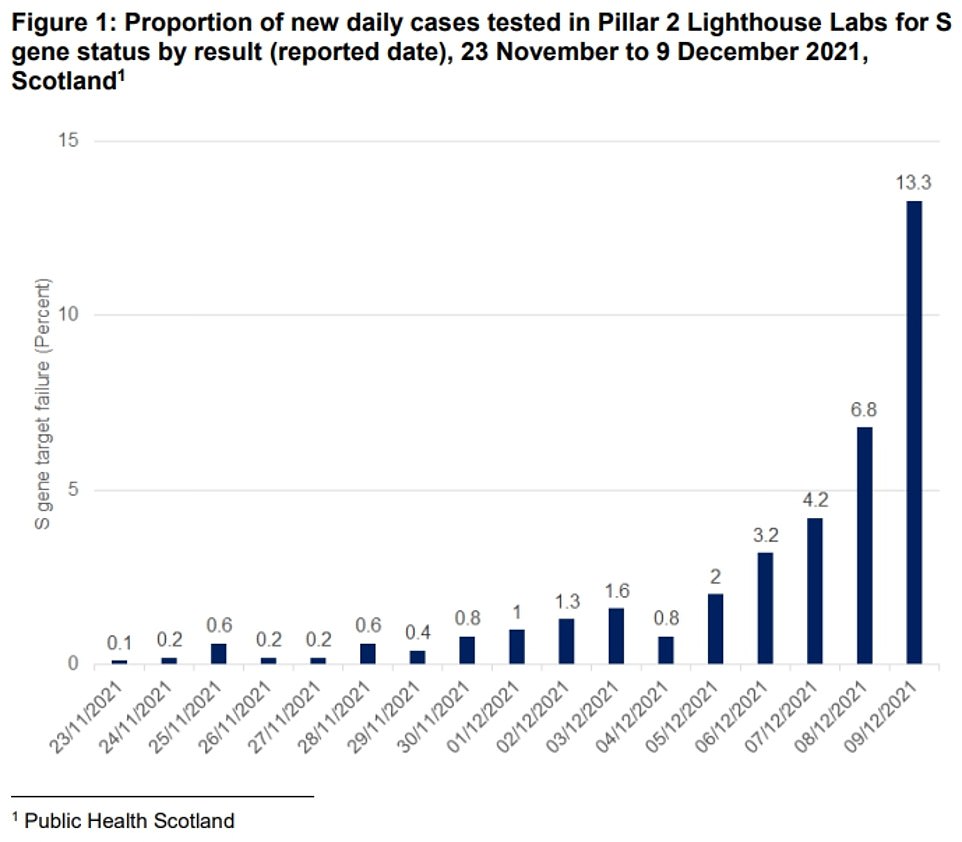 Omicron makes up 13.3 per cent of Covid cases in Scotland and is doubling every two to three days

The findings are some of the earliest data on the protection against Omicron outside of lab studies, which have shown reduced neutralising activity against Omicron.

The early real-world data suggest that while Omicron could greatly reduce the protection against mild disease from an initial two-dose vaccination course, boosters restored the protection to an extent.

‘These early estimates should be treated with caution but they indicate that a few months after the second jab, there is a greater risk of catching the Omicron variant compared to Delta strain,’ said Dr Mary Ramsay, Head of Immunisation at the UKHSA, adding that protection against severe disease was expected to remain higher.

‘The data suggest this risk is significantly reduced following a booster vaccine, so I urge everyone to take up their booster when eligible.’

In an analysis of 581 people with confirmed Omicron, two doses of AstraZeneca and Pfizer-BioNTech vaccines provided much lower levels of protection against symptomatic infection compared to what they provide against Delta.

That compares to estimated protection against infection from Delta following a booster of around 90%.

UKHSA said that, at current trends, Omicron would account for more that 50 per cent of all COVID-19 infections by mid-December, with Britain exceeding one million infections by the end of the month.