Home » World News » US student, ex-Marine found dead in Russia after cryptic text: ‘I hope I’m not being abducted’

US student, ex-Marine found dead in Russia after cryptic text: ‘I hope I’m not being abducted’

A female former U.S. Marine has turned up dead in Russia after catching a ride with a stranger and nervously texting her mom, “I hope I’m not being abducted,’’ according to reports.

The body of Catherine Serou, a 34-year-old law student and veteran from California, was found Saturday morning in a forest outside the Bor suburb where she lived in western Russia — about an hour after a 44-year-old man was arrested in her disappearance, said the Moscow Times and NPR.

Serou had gone missing Tuesday evening as she was headed back to a business to try to quickly clear up a payment issue, her mom told NPR.

The Afghanistan war vet may have gotten into a passing car for a lift rather than wait for her Uber, said her mom, Beccy Serou, of Vicksburg, Mississippi.

“In a car with a stranger. I hope I’m not being abducted,’’ Catherine wrote her mother in her last text.

The mom told NPR she has no idea what happened to her daughter next but, “I think that when she saw that the person wasn’t driving to the clinic but instead was driving into a forest, she panicked.

“Her telephone last pinged off a cell tower in that forest,’’ the mom said. 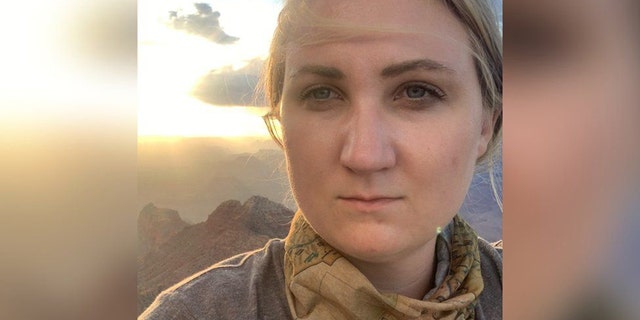 The body of Catherine Serou, a 34-year-old law student and veteran from California, was found Saturday morning. (FILE)

A surveillance photo reportedly shows Catherine looking out an open passenger-side window of a silver car around when she vanished.

More than 100 volunteers scoured local forests last week for any sign of the law student — before her suspected killer was cuffed, authorities said. The accused man was not identified, but he has prior convictions and is cooperating, they said, according to the Moscow outlet.

The U.S. Embassy in Moscow said it is “closely monitoring” the probe into Catherine’s death.

The student was in Russia to begin studying law while learning the language so she could return to the States and work as an immigration attorney, reports said.

She had sat for a videotaped interview posted on a Russian Web site last year in which she laughed about the cultural differences between the U.S. and Russia.

Catherine was enrolled at Lobachevsky University about 250 miles east of Moscow studying in its master’s law program, after having gotten a bachelor’s degree in design and master’s in art history from the University of California at Davis, reports said.