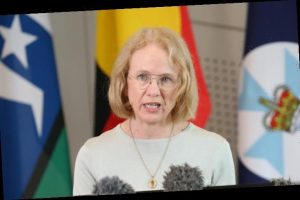 A returned traveller who completed mandatory hotel quarantine in Melbourne before flying to Queensland to visit her parents has returned a positive result for the more infectious UK strain of coronavirus.

Health authorities are urgently investigating a case of an international traveller who flew into Melbourne on December 26, tested positive for COVID-19 the following day and stayed for 10 days in quarantine. 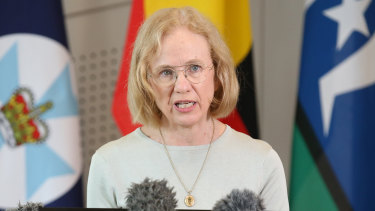 Dr Young said the Victorian woman met the existing quarantine requirements of having no symptoms for three continual days during her 10-day isolation in Melbourne. "So she met those two criteria so she was allowed to isolation."

Queensland Health Minister Yvette D'Ath said there was a very low risk associated with the woman who travelled from Victoria.

"But we will still be directly contacting those who sat immediately around this individual on January 5th," Ms D'Ath said.

She said the circumstances that existed when the woman was allowed to leave and travel to Queensland had been changed since the UK-strain had been identified.

"The scenario which we have seen from this woman – leaving [isolation] on day 10, not having an exit test and importantly not having the genome sequencing known until after she was released – would not be occurring now," Ms D'Ath said.

Ms D'Ath said every person who tests positive for COVID-19 will now have genome sequencing completed before they leave quarantine.

"And the results would be known before they are released to know whether they have the UK variant, or any other variant for that matter, including the South African variant," she said.

"We would know that before they are released and we would be doing exit testing on this other variant."