When Queen Elizabeth took the Saudi prince for a drive

The Queen was the one to suggest to Saudi Arabia’s Crown Prince Abdullah that they take a spin around the Balmoral grounds when he visited the Scottish estate in 1998.

The prince was up for it. As instructed, he claimed the front passenger seat of the royal Land Rover. Then the monarch climbed up beside him and took off. 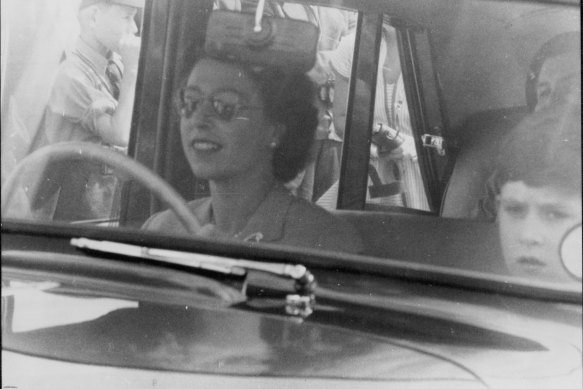 The Queen drives her children to a polo game at Windsor Great Park in 1956. Prince Charles is sitting beside her.Credit:Photos Match

Given he ruled a country where it was illegal for women to drive, the prince was shocked and nervous. As the Queen fanged it along narrow roads, talking all the while, her visitor implored her to slow down and concentrate, according to Sir Sherard Cowper-Coles, then British ambassador to Saudi Arabia.

In her history-busting reign, the Queen never needed to be told what to do or to watch out for on the road ahead.

She was the safest pair of hands to have on the wheel, forever in the driver’s seat as a feminist icon who quietly disregarded established conventions around what women should be and do.

A devotee of the significant detail, from the choice of brooch to the choice of words (“recollections may vary”), she knew the political and social message she was sending to the Saudi royal: buckle up, sunshine! Anything you can do, I can do better. We can do better!

These days, I get so much joy from that story of her style, but the idea of Queen Elizabeth II as the ultimate feminist was a slow burn. At primary school in the 1970s, we kick-started assemblies with the then-national anthem, God Save The Queen, but that was the only impact she had on me.

At the time, she was younger than I am now but seemed old. And old-fashioned: the stern iron curls, sensible pumps, air hostess hats. Glimpsed in my mum’s Women’s Weekly magazines, Princess Margaret’s royal life – kaftans, cigarette holders, nightclubs – seemed the one to have.

Then I grew up, found a career, had children, and ran a household. It was a steep learning curve. I looked for inspiration from other women about how to not just do the whole work-life thing but treasure it. And slowly, the Queen became an unlikely, enduring inspiration. 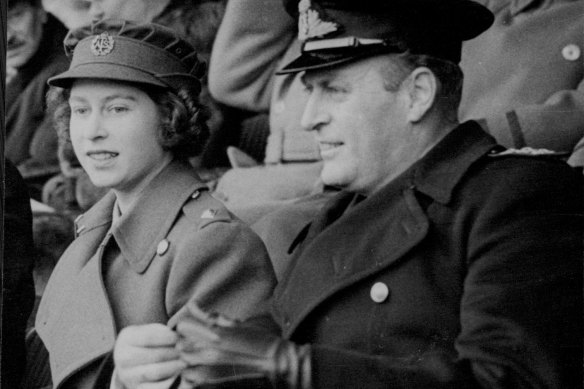 The Queen trained as a mechanic during World War ll.Credit:

Now I agree with Olivia Colman, who played the monarch in Netflix’s The Crown: she was “the ultimate feminist”. A World War II mechanic turned post-war working wife, the professional and personal matriarch was still – can you imagine? – working full-time in her mid-90s.

I remember a friend, commenting on her marriage to a successful businessman, telling me: “These hands will never work again.” The Queen never took that refuge in her wealth. She refused to take a holiday abroad, let alone retire.

It doesn’t matter if her motivation was to stay the course because she said she would, or because she loved having a career and feared losing that connection to the outside world. She simply never clocked off.

Yes, it’s a paradox to call someone a feminist role model when she inherited her title in a system awash with patriarchy. She never had a job interview, fought for pay or flexible working conditions or advocated for equal rights.

But the Queen upturned gender stereotypes and became a social pioneer by sticking to her lifelong maxim: never complain, never explain. 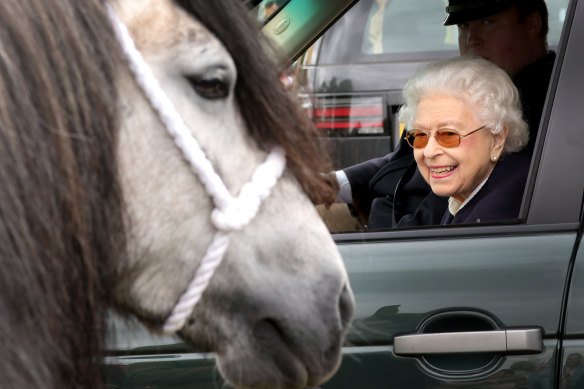 Queen Elizabeth II watches the horses from her Range Rover at The Royal Windsor Horse Show at Home Park in Windsor, England.Credit:Getty

After her coronation, she kept her own surname. By having Prince Philip walk behind her in public the message was that if a prince could follow his wife, why should women take second place in their own relationships?

In 1958, she ended the “coming out” debutantes’ presentation that acted as an upper-class marriage market and got stuck in as a working mum whose work-from-home situation blurred lines from the get-go.

Of course, she had staff aplenty and was by all accounts a hands-off mother – perhaps because her focus was on her wider family. While most parents are shattered at end of the day, the Queen was having to sail off to state dinners. 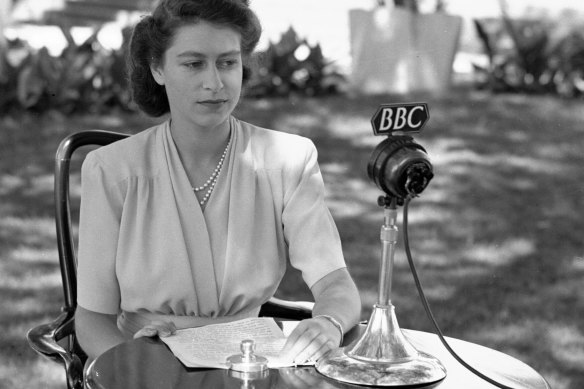 Queen Elizabeth was a strong female role model for many.Credit:AP

Privilege and jewels wouldn’t have stopped her feeling that bone-deep exhaustion of motherhood, yet she always had to be “on”. No shrinking into a corner and having someone else lead the conversation.

As a CEO, the Queen was decisive and ruthless. She did what she was paid to do: put the firm first. If that meant axing Princess Diana and Fergie from royal circles, stripping Prince Andrew of titles and disabusing the Sussexes of the notion they could be half-in, half-out royals, so be it.

Addressing the centenary of the Women’s Institute in 2015, she gave a rare insight into her take on the “modern” world: “The opportunities for women to give something of value to society are greater than ever because through their own efforts, they now play a much greater part.”

Hardly burn-your-bra stuff, but what she was saying was, hooray for sisters doing it for themselves.

And QEII led the way. Her confidence, dignity and consistency in showing up as a woman of power laid a template for us all to hold close, especially given that for at least the next three generations, Windsor monarchs will be men.

The Opinion newsletter is a weekly wrap of views that will challenge, champion and inform your own. Sign up here.