Home » World News » ‘Why is he only a thing now?’: The Italian-born architect finding a new audience

‘Why is he only a thing now?’: The Italian-born architect finding a new audience

One of many modernist architects and designers who migrated to Australia after World War II, the Italian-born architect’s designs were curvaceous, colourful, and concrete.

They were also distinctive, polarising and different, said Rebecca Hawcroft, a researcher and heritage adviser. Volpato’s designs didn’t fit in with the in-crowd, and mainstream architecture of the time, she said. 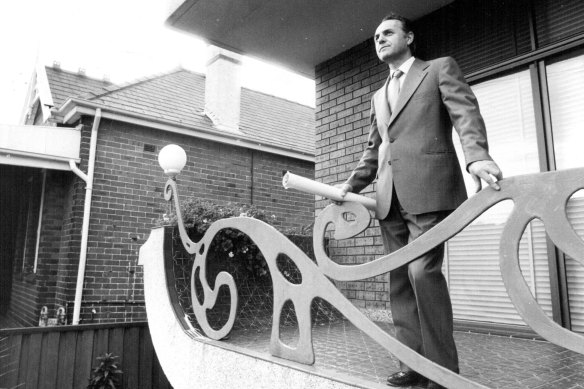 In 1983. Italian-born architect Gino Volpato told the Herald that he designed buildings that spark criticism because they differed from those around them. His family says he was a modernist who loved curves and colour.Credit:Fairfax Media

Nearly 20 years after his death, the Italian-born Volpato’s work is feted on social media platforms, where photos of the houses he designed prompt thousands of responses. “Golly, that’s quite a house,” was one response to a photo of a Volpato-designed home in Maroubra posted on Instagram’s Other People’s Homes. “It makes me realise more and more how depressingly similar everything is today,” said another comment.

“Far out! Why is he only a thing now?” asked Sandy Weir, who runs the Other People’s Homes account, where she posts photos of surviving Volpato creations.

“It absolutely flabbergasts me that there is no information about him.”

She nearly crashed her car when she drove by the Volpato home in Maroubra: “He’s responsible for more U-turns than any other architect.” 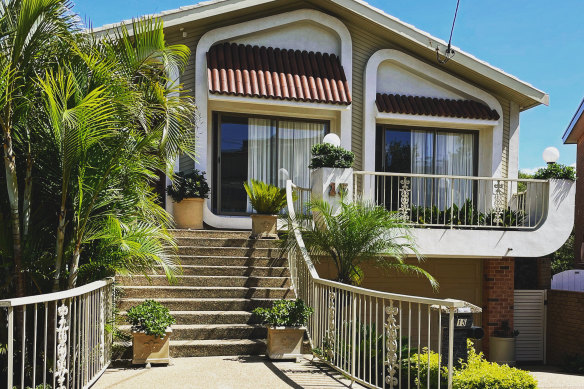 When Sandy Weir spotted this home by the late Gino Volpato, she says she nearly crashed her car.  Credit:Sandy Weir

Part of a wave of migration to Australia from 1950 to 1970 that brought 3 million Italians to Australia, Volpato was often patronised by Italian clients. His work included the once bright orange-red building at North Sydney, the tallest skyscraper in the area back then, and its bright blue twin in Perth. Both were for Italian-run Sabemo, the construction arm of Transfield. He also designed homes in Earlwood, Canada Bay, Concord, North Ryde, Marrickville, Haberfield and Maroubra.

Like the Brutalist-style home that Volpato proposed for furniture company owner Nick Scali, his designs were booted by councils because they didn’t conform with a neighbourhood’s character. “They stand out in the drab crowd like the Sea Princess amid a fleet of tankers,” reported the Herald in 1982 reporting on Haberfield Council’s rejection of another Volpato plan.

Decades before the idea of indoor/outdoor living took off in Australia, Volpato argued that British architecture was too influential, and irrelevant in the Australian climate.

His was a Mediterranean vibe: “One of fun and openness with indoors and outdoors merging … I’d like to see the square massive style typical of Australian architecture disappear,” he told Australian House & Garden in 1973.

Other than his family’s archives of drawings and records, details of Volpato’s work are scant.

He was typical of many post-war European designers who often worked in obscurity, said Hawcroft. They worked as furniture or industrial and architectural designers when they didn’t qualify with the Architects Registration Board. Volpato was self-taught, and though he enrolled in architecture in Australia, his English wasn’t proficient enough to continue.

“Their name is never really on [the plan],” she said. “They had to work within a bigger organisation, and so their design work was never attributed … They don’t get known in the same way as people like Harry Seidler,” said Hawcroft, the author of the 2017 book, The Other Moderns: Sydney’s Forgotten European Design Legacy about these migrants who arrived in Australia up to 1960.

“These emigre architects and designers like Volpato were doing their thing, and out of sync with the rest,” she said. “Many people would say his houses are ugly because they are over the top. They appealed to a cultural group that was not the majority.”

Clients either loved him or hated him. But the father of six was unfazed. His son Marco Volpato said his father “always broke the norm. He had no fear in expressing his own designs, and turning heads.”

Marco Volpato, an architect working in Switzerland and Australia, said the public was now more open to different and fluid styles like his father’s. “I often catch myself saying, ‘Hey that’s one of Dad’s designs’. It’s easy to spot them around Sydney, they are unique and stand out in the crowd.” 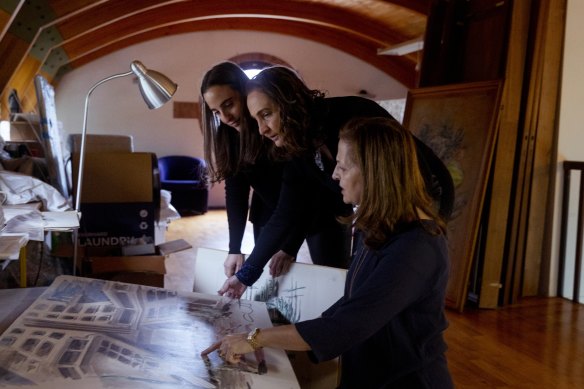 Gino Volpato’s granddaughter Sara Iarossi, and daughters Liris Iarossi and Paola Candi go through some photos of his designs at the family home in Marrickville.Credit:Dominic Lorrimer

Volpato was indefatigable. When a Sydney council rejected a house saying it conflicted with the area’s red brick character, he doorknocked 150 homeowners for their thoughts. They loved it. Volpato won. The council changed its mind.

His daughter Liris Iarossi said her father never stopped. He designed and made the mural at Munmorah Power station, a shopping trolley with a brake, an electric scooter, a tape dispenser for 3M, mausoleums, aged care facilities, and modern office furniture in marble, glass and granite. 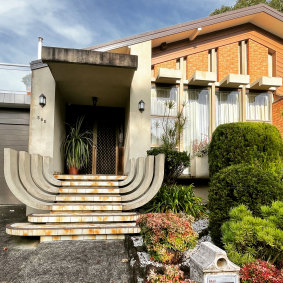 When married in the 1950s, he created a sleek modern gown for his wife Adelia, who would have preferred something traditional. And like architects Mies van de Rohe, Marcel Breuer and Harry Seidler, Volpato also designed interiors and furniture.

Working for Sabemo, he designed Wollongong’s Sacred Heart Chapel and Italian Centre. Iarossi said her father also designed the pews, the Stations of the Cross and the statue of Our Lady of the Rosary. “My father was a hands-on person. He was there day and night,” said Iarossi.

In the weeks before he died in 2008, he completed a self-portrait, dictated to-do lists of unfinished designs and artwork for his six children, patents that needed lodging and wrote extensive instructions for his funeral.

He also came up with a design for a floating building, suspended from above, that he instructed his children to pursue.

Iarossi said her father never wasted a minute. “He used to say, ‘You know that minute that just went past? You will never get it back’.”

His extended family is enjoying the interest in his work. “It makes me so happy knowing his legacy lives on and people are appreciating his work,” said his granddaughter Sara Iarossi.