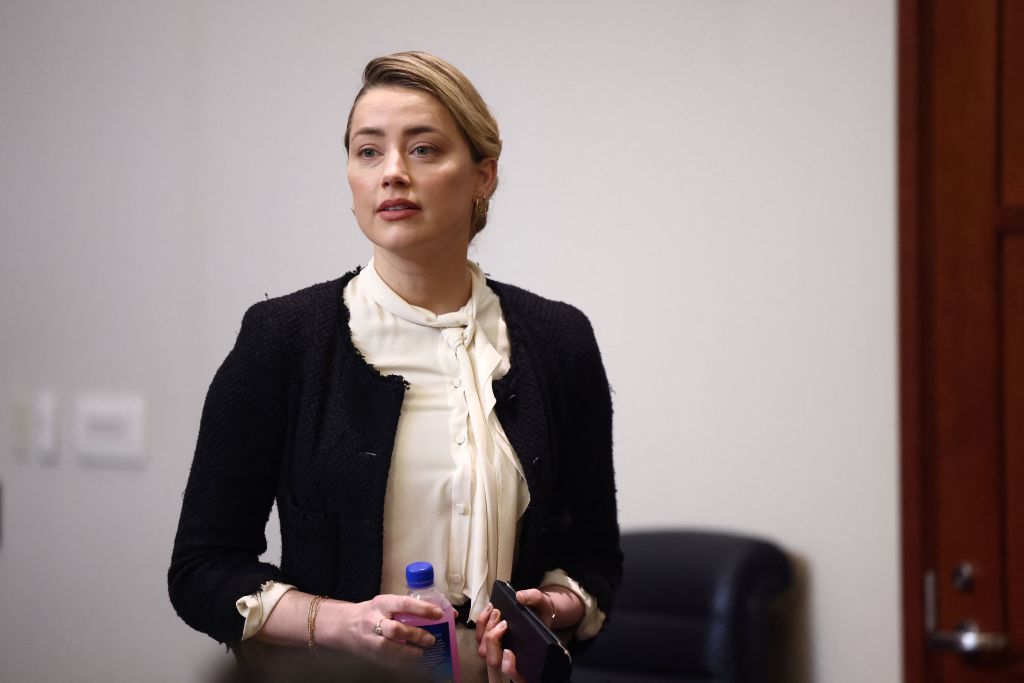 Dolph Lundgren has spoken out in support of Amber Heard amid her defamation case with Johnny Depp.

Warner Bros has been met with calls to axe the actress from the upcoming Aquaman 2 sequel, in light of her current court trial against her ex-husband, who is suing her for $50million.

A fan-led petition is nearing the target of 4.5m signatures to remove her role of Mera from the final cut.

However, speaking about working together on the superhero franchise, her co-star was full of praise over their time together on set, and her adorable daughter Oonagh.

During a recent chat, Lundgren – who starred as King Nereus – was asked by Redline Steel CEO Colin Wayne about his experiences working with the 36-year-old.

‘Yeah, she was great. I worked with her on the first Aquaman, now the second one we shot last fall in London,’ he replied.

‘She’s terrific, I had a great experience with her. She was very kind, nice to the crew, nice to everybody. Just down to earth.

‘She had a baby, a newborn baby, so she had the baby with her on set with a nanny, which was cute. Everybody in that picture was great.’

Heard was cast as Mera in the 2018 movie, opposite Lundgren and Jason Momoa, and later reprised her role for the sequel, which is slated to be released next year.

During the course of her ongoing trial against Depp, which began in April, she shot down claims that her former partner was behind the decision to cast her.

Appearing on the stand, she claimed that bosses ‘didn’t want to include’ her in the sequel, telling the court that she had to ‘fight really hard’ to reprise her role.

‘I had to fight to… I fought really hard to stay in the movie, they didn’t want to include me in the film,’ she said.

‘A very pared-down version of that role, yes,’ she added when asked if she was able to continue filming.

‘They took away a lot… I was given a script and given new versions of the script that had taken away scenes that had action in it, that depicted my character and another character, without giving any spoilers away, two characters fighting with one another, they basically took a bunch out of my role.

‘They just removed a bunch out.’