Murder On The Doorstep: Who Killed Alistair Wilson?

Supermodels were once dismissed as vain airheads, big-eyed mannequins whose cheekbones were higher than their IQs.

That’s a dreadfully sexist, outdated misconception. But Cara Delevingne is doing everything she can to bring it back.

‘Let’s disrupt the patriarchy,’ she coos, clapping her hands as she gets ready to decorate a porcelain sculpture of her own genitalia.

Previously, she tells us, her artistic protests against the global masculine hegemony have been confined to doodling pictures of willies, ‘because it’s funny’.

But as she launches her six-part investigation into female sexuality, Planet Sex With Cara Delevingne (BBC3), she’s showing her serious side. Attending an X-rated yoga class, she burbled: ‘I only once have really like spent like an hour like really like making love to myself, like.’ 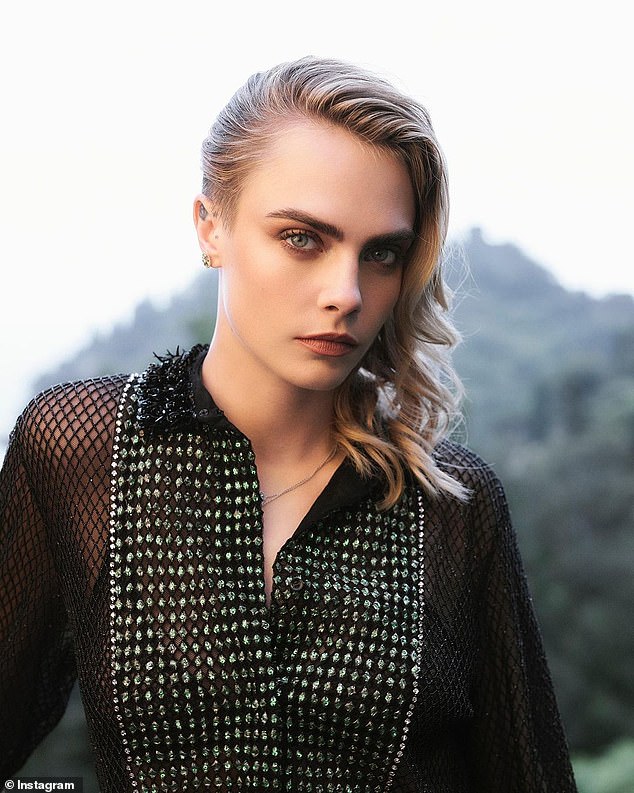 Documentary: Cara Delevingne, 30, shows her serious side as she launches her six-part investigation into female sexuality, Planet Sex With Cara Delevingne

That rumbling sound you can hear isn’t the collapse of the patriarchy, it’s just my stomach turning over.

Jet-set Cara, whose self-absorbed plumminess reveals her frightfully posh upbringing, flew to Hamburg for a . . . well, for an experiment.

Husband-and-wife research team Sarah Biedermann and Johannes Fuss presented her with a selection of sex toys, took a blood sample and left her alone in a side room.

A little while later, Cara blew a referee’s whistle, to indicate full time and game over, so to speak. Sarah bustled back to draw another test tube of blood.

The couple confirmed that Cara’s arteries were now pulsing with endocannabidoids, the body’s natural pleasure drug. ‘It makes you kind of high,’ Johannes confirmed.

Thankfully, none of this was too explicit. Cara wouldn’t even let us see her bits moulded in porcelain. ‘My privates stay private,’ she insisted.

Her self-righteous opinions were on parade though, as she flew to Beirut to meet Arab women recording a podcast about women’s sexual fantasies. Then it was off to Japan, where obscenity laws make it illegal for films or paintings to show the female fundament.

Cara didn’t stop to question whether she had any right to impose her own attitudes to sex on other countries, because —like, duurrr, yah?

Why she was chosen as the face of this show stumps me. She’s inarticulate, and appears uncomfortable with the physical aspects of sex. At the sex party in New York — which did seem truly hideous, all blue lights and glitter — she posed with a whip. Her teeth were gritted so hard, she looked like she had lockjaw.

Cara’s voiceover promised to let ‘what happened next’ remain a mystery. But I can make a fair guess. She dumped the camera crew and fled the scene like a vegetarian escaping a barbecue.

Everything surrounding the murder 20 years ago of a young father and banker, in the Highlands town of Nairn, too has remained a mystery.

Murder On The Doorstep: Who Killed Alistair Wilson? (C5) went over well-trodden ground and uncovered nothing new. His death has been explored in much more depth in a recent BBC podcast.

The killing has all the hallmarks of a professional hit. But this investigation linked it to a planning dispute over noisy outdoor drinkers at a local pub.

Thorough but unimaginative, this documentary amounted to 90 minutes of police scratching their heads.