James took to Twitter to hit out at Matt without having watched his performance, in view of his 321,100 followers.

He exclaimed: “Just from reading all of your comments on Matt Goss this evening I don’t even need to watch the show to say I think he’ll be in the bottom 2.

“After all – YOU are the ones that vote.”

Dan did not agree with the professional dancer and jibed back at James. 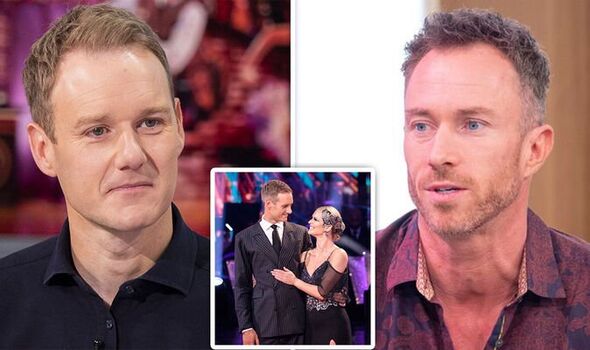 The Channel 5 News presenter smirked: “He was much improved big man. Clearly worked hard this week.”

James replied: “They nearly all work hard as you know – but if you’re not good at least be entertaining.”

Dan then quipped that dancing to entertain was his “mantra”.

James then made sure to bring their Twitter debate back to Matt’s performance alongside Nadiya this evening. 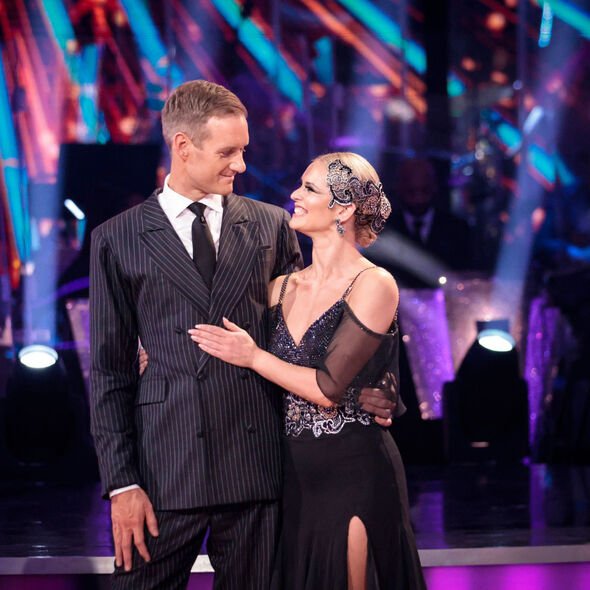 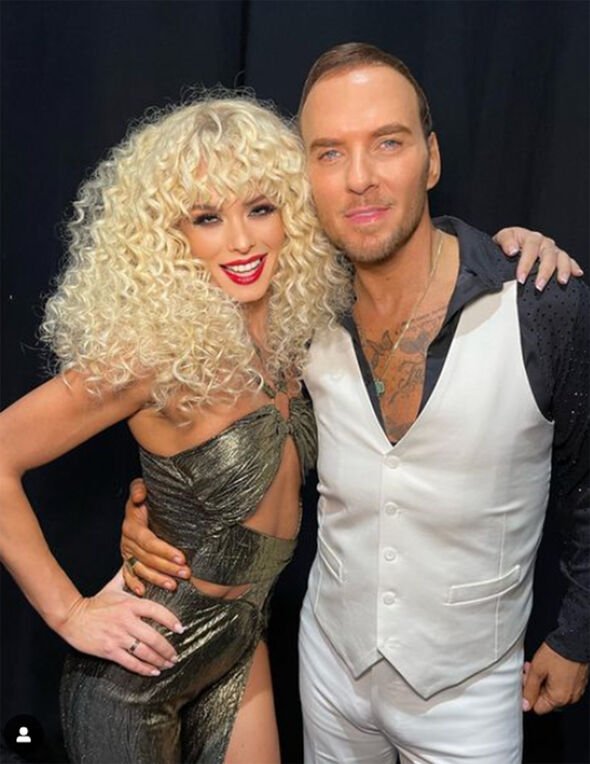 “He has a slight awkwardness about him and needs to let go and not take himself so serious – just an observation.”

Dan then added: “Thank you. I think he’s very shy and struggles under the Strictly spotlight. I hope he gets enough time to enjoy it.”

The conversation then began to turn sour as James praised Dan’s “loyalty” to his former Strictly partner.

James continued: “I love your loyalty to Nadia and I’m sure Matt is a lovely man as are the rest of the contestants.

“But in my humble opinion they have already gone one week further than they should have.”

Dan quipped: “You are brutal. Nadiya is a great teacher and I hope there’s more to come.”

James is known for his controversial Strictly remarks each weekend as he criticises the celebrities and their dancing skills.

He told Express.co.uk: “By me saying someone isn’t a good dancer doesn’t mean I am saying they are not a good person.

“Like Tony Adams. If anyone thinks he was any good the other night, they are slightly deluded.

“But would I pick up the phone and vote for him? Probably yes, because I could see how distraught he was and how hard he had been working for weeks on end on that dance and then went out and messed it up.

“You could see how gutted he was and for me, that is part of Strictly. I like watching those moments and by my saying that he wasn’t any good doesn’t mean I am a bad person. I am just being honest.”