Wendy's fires worker with Down syndrome 'after blasting his work'

A North Carolina man with Down syndrome was fired from Wendy’s after two decades on the job after his manager allegedly said he was ‘unable to perform the duties of a normal person’s job.’

Dennis Peek, 51, has been a loyal staffer at the fast-food joint in Gaston County for 20 years and was planning to retire soon – only to be ditched with no notice.

Peek’s distraught family claims the store manager told them he was fired because they needed someone who could do more jobs around the store that he was incapable of completing.

Peek’s sister Cona Turner says the family have chosen not to explain what happened to the former Wendy’s worker, for fear of distressing him.

She is now advocating for her brother and wants answers as to why he was fired without notice.

‘I’m out here because I need to be his voice for the way he was treated,’ Cona Turner, Peek’s sister said. ‘He don’t understand and we can’t tell him he was terminated. We have not told him and we won’t tell him.’

Turner shared her frustrations in a Facebook post that went viral and Peek was later reinstated at the restaurant.

But in an update on Friday, Turner said her brother will not be returning to Wendy’s. Instead he will have the retirement party he’s always wanted. And Wendy’s will foot the bill. 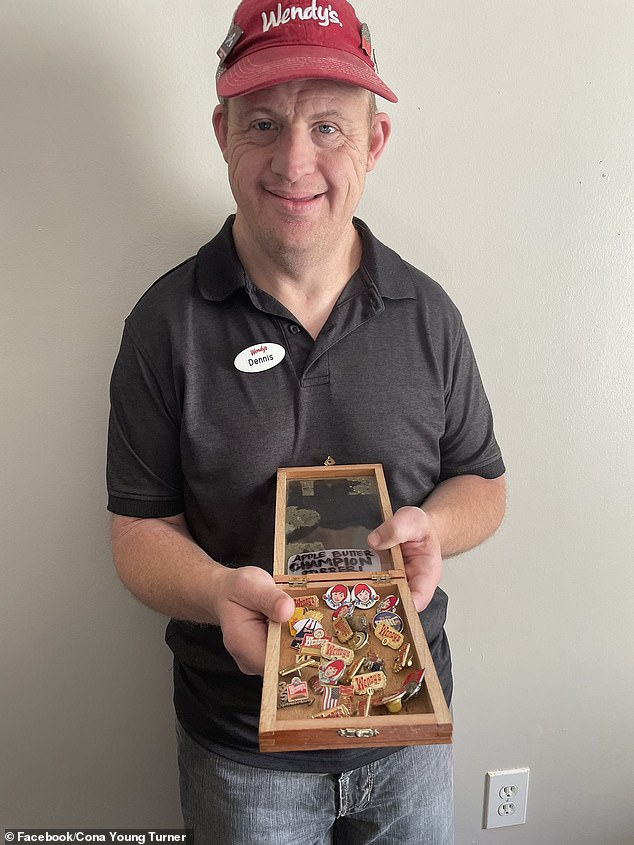 Dennis Peek, 51, who has Down syndrome was fired from his job at Wendy’s in North Carolina after two decades because he was ‘unable to perform the duties of a normal persons job’

Turner told WBTV that her brother loved Wendy’s and always wanted to work there – because of the food.

For two decades, he looked forward to his shifts and engaging with his co-workers and customers, his sister said.

‘He’s always excited to go to work,’ she said. ‘He loves seeing people come in and speak to him. He loves to interact with the people.’

And Peek always looked forward to retiring from the place he’d been at so long – and having a retirement party.

So when her brother was fired, it was devastating.

Turner said a manager at the Wendy’s fired her brother just before he was set to be dropped off by a caretaker.

Turner said the reasoning for the firing, according to the manager, was that Peek was not able to do the work. 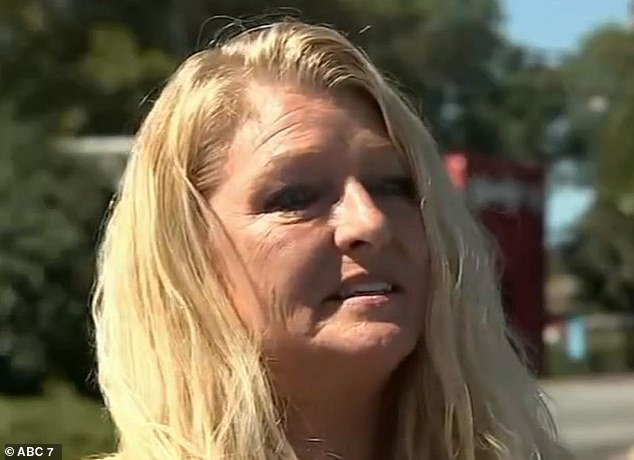 Peek’s sister, Cona Turner, who was left heartbroken by the news, is now advocating for her brother and wants answers as to why he was fired without notice 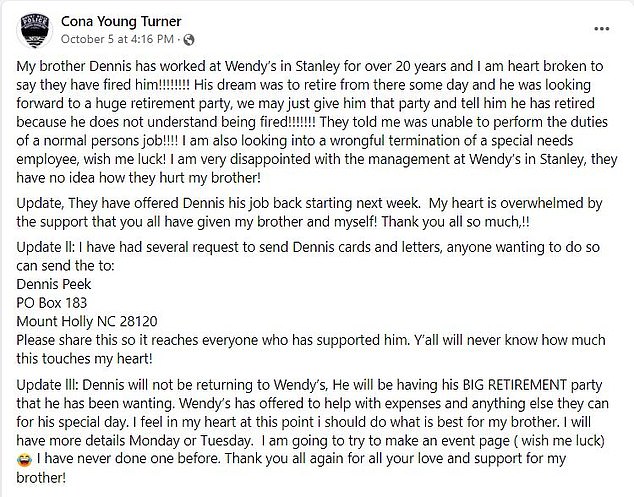 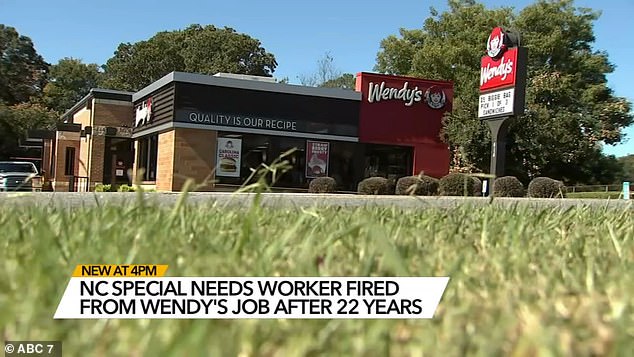 On Thursday, Peek’s sister said she received a call from the Carolina restaurant group that owns and operates the Wendy’s saying he could be back on the schedule next week

Turner turned to Facebook and posted about her brother’s experience.

‘All the comments and support for my brother…it just melted my heart,’ she said.

The post went viral and Wendy’s head office got involved.

On Thursday, she received a call from the Carolina restaurant group that owns and operates the Wendy’s saying he could be back on the schedule next week.

But in an update posted on Friday, Turner announced that her brother would not be returning to Wendy’s and that he would be getting the retirement party he’s always wanted. And Wendy’s has offered to help with expenses. 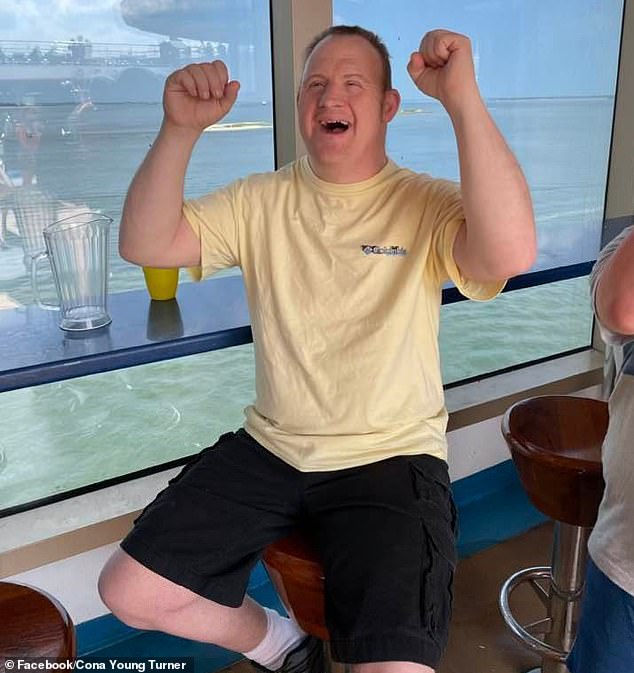 Peek, 51, has been a loyal staffer at the fast food joint in Gaston County for 20 years and was planning to retire soon. But he was fired allegedly because he could not do the work

WBTV reached out and got a statement about the situation from the franchise organization called Carolina Restaurant Group that reads:

‘We are committed to creating a welcoming and inclusive environment for our employees and our customers. This was an unfortunate mistake and lapse in protocol; we are in touch with the employee’s family, and we are looking forward to welcoming him back to work in the restaurant.

It is unclear if the manager who fired Peek has been disciplined, or themselves now faces losing their job.

The Carolina Restaurant Group stated: ‘We cannot comment further on personnel matters, but we’re taking appropriate action. This was an unfortunate mistake that we’re working through with the team member, his job coach and family. We’re also using this as an opportunity to retrain all our teams on our protocols.’

The Americans with Disabilities Act (ADA) bans employers from discriminating against workers who are disabled.

Employers are banned from choosing not to hire an applicant who is disabled, and must also make reasonable accommodations for that worker’s disability.

Managers who wish to fire a disabled worker for underperforming must ensure they’ve followed any company policies, such as giving out warnings before terminating someone’s role.

It is unclear if Peek was given any such warnings about his work before his dismissal.