Brittany Tomlinson hit record on her iPhone and cracked open a can of kombucha for the first time.

However indecisive Ms. Tomlinson may be about the fermented beverage, her facial expressions in a video of her reaction were decidedly pointed. First, disgust. Then, a reconsideration. A shake of her head seems to confirm her initial reaction: She hates the drink. Wait — maybe not. “Well …” she says, tilting her head. She giggles at herself, smirks, and the video ends.

“It’s an amazing sequence,” said Dr. Dacher Keltner, a professor of psychology at the University of California, Berkeley, who studies facial expression and watched the video at the request of The New York Times. He was delighted.

“Her expressions are exceptional — easy to see and rich,” he said.

The clarity of this rapid fire of emotional expression may be why the video has ricocheted around the internet, racking up more than 40 million views on Twitter alone after it was shared from her TikTok account. It has seemed to resonate with anyone who’s ever vacillated between pajamas and club clothes on a Friday night.

Online, people have used the video to describe every scenario imaginable, from the emotional roller coaster of trying alcohol for the first time to deciding whether to ignore the groceries you just bought and eat Taco Bell for dinner (again). Ms. Tomlinson can’t even scroll through Twitter without seeing herself.

“Have you ever looked at your face for too long? That’s what it’s like,” she said of her moment. “I’m sick of seeing my face.”

Ms. Tomlinson, 22, is a recent Texas A&M graduate and works at a bank near Dallas, where she grew up.

She saw two YouTube stars talking about kombucha and decided she needed to try it herself. She drove to the closest Walmart and picked up a can of cherry-cola-flavored kombucha. (Probably not the best choice, she admitted.)

Then she recorded her reaction to the drink, which she insists was completely genuine.

Dr. Keltner said Ms. Tomlinson displayed between five and seven different identifiable emotions, and that her expressions may be so enjoyable to watch because they are self-effacing.

“Let’s give her some credit. She’s kind of laughing at herself,” Dr. Keltner said. “And then that silly face at the end speaks to a playful quality to her character.”

Humans can change their facial expressions multiple times each second; it’s less common for the evolution to be so convincing and captured on camera.

“In reality, this stuff goes on all the time, but you’re watching the person’s mind process in real time, which is really cool,” said Dr. David Matsumoto, a psychology professor at San Francisco State University who also studies facial expressions.

Now that we’ve heard from the experts, how would Ms. Tomlinson describe the dramatic structure of her TikTok video?

“The six stages of grief,” she said, deadpan, before her infectious laugh crept out.

The drink “was not satisfying in any way,” she said, though she’ll try it again.

“That’s the whole essence of this,” she said. “Why do we hate something and keep doing it? Like working 9 to 5, drinking alcohol or hanging out with people you don’t like. It’s all the same thing.”

It was a pretty big deal for Ms. Tomlinson when Billie Eilish, the singer, liked her video, or when Demetrius Harmon, the online video star, tweeted it out. But that wasn’t when Ms. Tomlinson knew she’d made it.

“Someone had shown it to Nana,” she said, referring to her grandmother. “And I knew it was over. Instantly, it wasn’t funny anymore.”

Ms. Tomlinson said several kombucha companies have offered to send her drinks, all claiming that she would like their version more than the one she tried. She has obliged, and is considering making a YouTube video rating each brand. 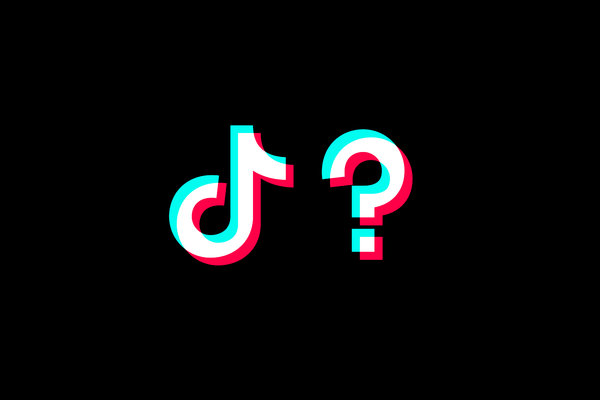 Nicholas Bogel-Burroughs reports on national news. He is from upstate New York and previously reported in Baltimore, Albany, and Isla Vista, Calif. @nickatnews