City on a Hill a ‘more conservative’ Anglican outlet

At first glance, City on a Hill religious services could be mistaken for those of a Hillsong-style, modern Pentecostal church.

The preachers and worshippers wear jeans and T-shirts; the bands play contemporary-style music. 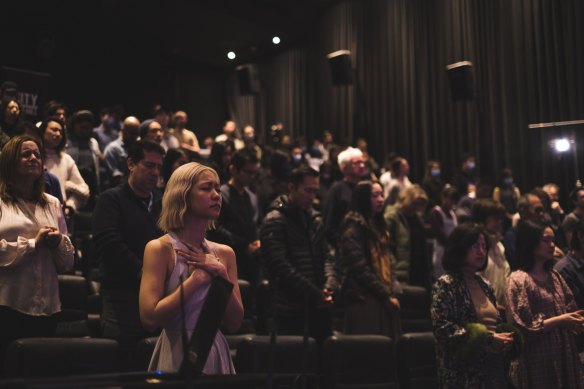 Inside Melbourne’s City on a Hill church.Credit:Facebook

Churchgoers sway, arms raised, in response to songs and sermons, and slogans on the website include “Discover the beauty, truth, and relevance of Jesus” and “Become part of something bigger”.

But the youthful, self-described “movement” is actually part of the Anglican church.

It’s a relatively low-key branch, but City on a Hill was thrown into the spotlight when it emerged Andrew Thorburn, appointed on Monday as Essendon Football Club’s new chief executive, was the church’s chairman.

Thorburn resigned from the Essendon post, under pressure from the club and the community, just a day later, after it was revealed that sermons published on City on a Hill’s website likened abortion to a concentration camp and said that practising homosexuality was a sin. 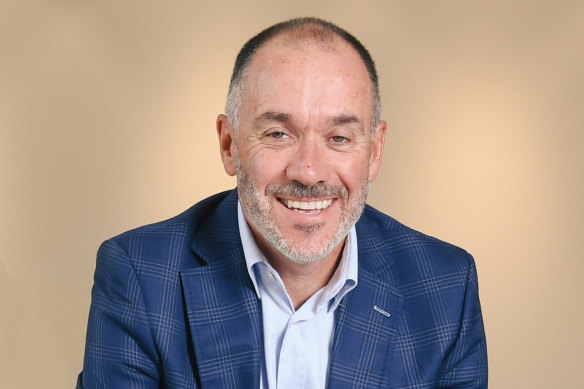 Thorburn said after stepping down that “it became clear to me that my personal Christian faith is not tolerated or permitted in the public square, at least by some and perhaps by many”.

“I was being required to compromise beyond a level that my conscience allowed.”

The City on a Hill website’s front page does not mention the Anglican Church link, although it is acknowledged on a page titled Partners.

Dr Muriel Porter, a commentator on the Anglican church, sees City on a Hill as “much more conservative than the mainstream Anglican church”, which concerned her. 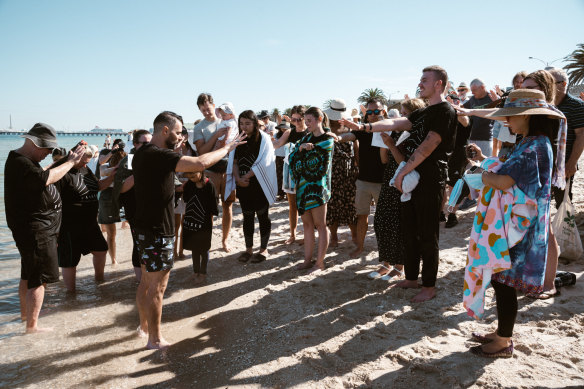 A City on a Hill sermon at a Melbourne beach.Credit:Facebook

She said many Anglicans in Melbourne would be “quite shocked” to think that City on a Hill was part of the Anglican diocese.

“I think they would be shocked when they heard about the views this church is promulgating against homosexuality and abortion. ”

She said the Melbourne Anglican church and the church nationally were “under threat” from conservative forces.

Porter said City on a Hill’s leadership structure, which lists a group of directors including Thorburn, resembles a board, whereas Anglican churches had parish councils.

She said the church had started out as an authorised congregation rather than a parish and had expanded “a bit like Hillsong in its style” by “planting churches in their own image”.

The Melbourne mainstream Anglican diocese had a history of being “quite progressive” and diverse, Porter said, with some supporting, for example, same-sex marriage blessings.

The commentator said she would be “very surprised” if Melbourne Anglican Archbishop Philip Freier stated publicly that homosexuality was a sin.

“I do not believe he would do that. And I believe that most of the ordinary [members of] parishes of Melbourne would not think like that,” Porter said. 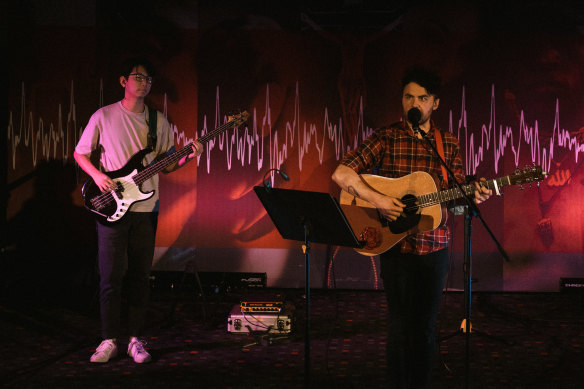 Musicians perform inside the City on a Hill church in Melbourne.Credit:Facebook

Ordained Anglican minister Guy Mason upended Anglican conventions when he founded City on a Hill in a bar in Melbourne’s Docklands in 2007.

“If people want to have a beer while we look at the Bible, I’m cool with that,” Mason told The Age at the time.

Mason’s vision was to serve residents of the then-new Docklands community, but City on a Hill struck a chord with young Christians who sought an alternative to sandstone pillars, robes and centuries-old hymns.

On Wednesday, Mason said even within his congregation “we don’t always agree on what the Bible says, and that’s healthy, but if you listen in on our discussions you’ll find very normal Christian perspectives on marriage and protecting the vulnerable that reflect longstanding Melbourne Anglican tradition, that most Christians in the world today would recognise”.

There are now City on a Hill congregations in five Victorian “plantings” – as branches are known – who have met in venues such as a cinema, a beer cafe, community centres and online. There are also branches in Brisbane, Gold Coast and Wollongong.

In a statement, Archbishop Freier said in 2016 he joined the Archbishop of Canterbury and other international Anglican leaders in agreeing on a statement that rejected homophobia and affirmed that “God’s love for every human being is the same, regardless of their sexuality, and that the church should never, by its actions, give any other impression”.

“I have seen nothing in Andrew Thorburn’s reported comments that contradict this position,” Freier said.

“It would be unfortunate if people of faith are sidelined from participation in professional and public life on account of personal religious belief. Everyone should expect to be judged on their behaviour not on their religious beliefs.”