Better luck next time! Images reveal the hilarious results of badly-executed ideas – including a ceiling fan that scrapes the wall

A series of design fails have sparked amusement across the internet, as those behind the flawed ideas are left to return to the drawing board.

People from around the world contributed the failed efforts to a Reddit thread, as many mocked the ideas for not being practical.

Among the disastrous designs are a brand who printed the ingredients of their popcorn in a colour that’s impossible to read.

Elsewhere, a school offers lockers to students, but some are partially blocked – due to a concrete wall being in the way. 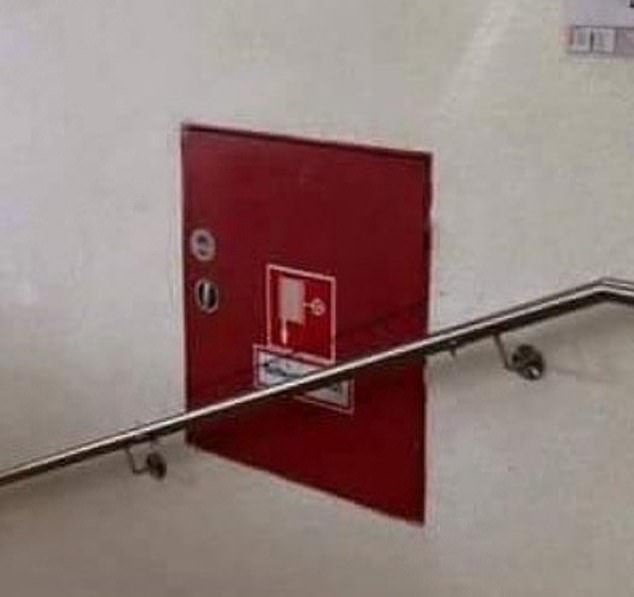 Let’s hope there’s another fire hose somewhere in this building, in an unknown location, or else someone will have to rip the stair rail off the wall! 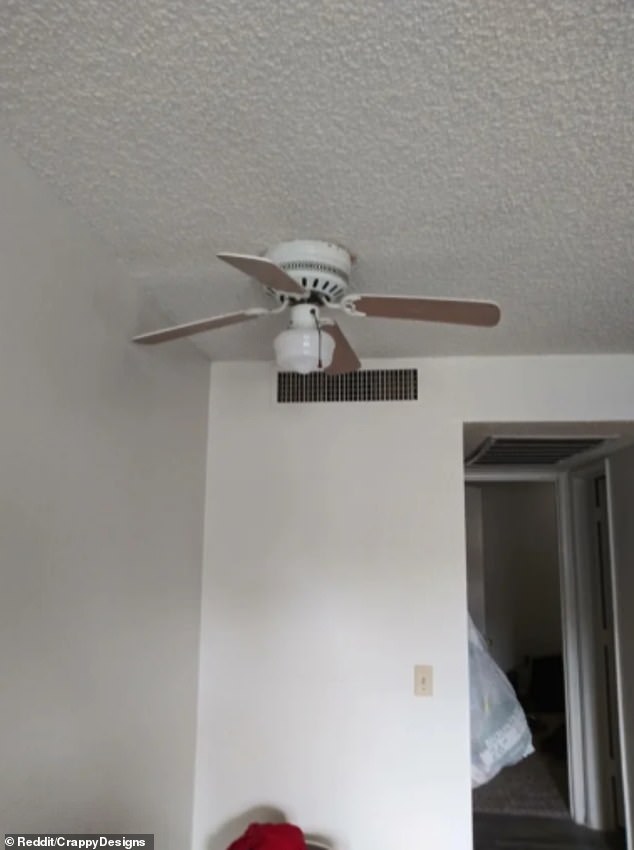 People from around the world have contributed amusing design fails to a viral thread on Reddit, including a woman whose in-law own a ceiling fan that scrapes the wall 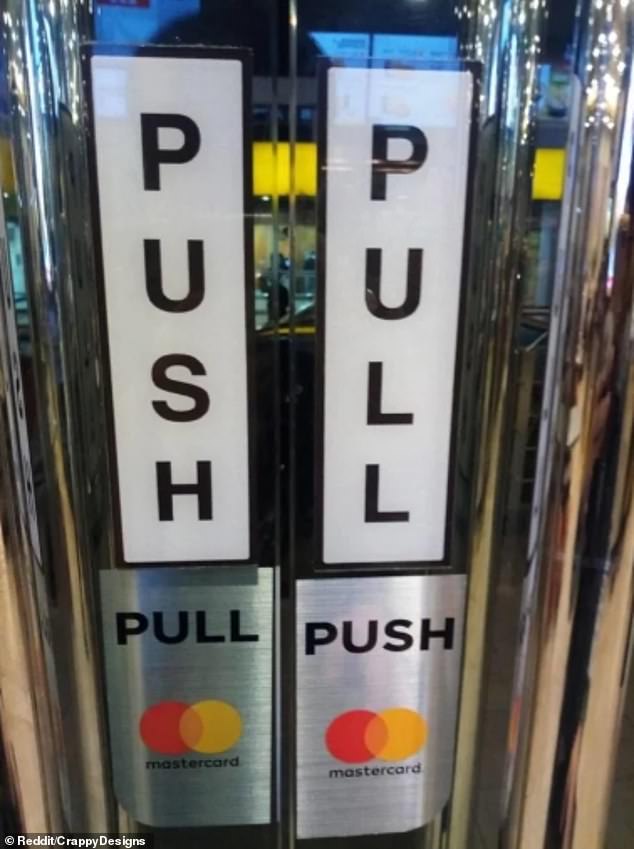 One person, location unknown, was puzzled over how to open a large door as they were given instructions to both push and pull 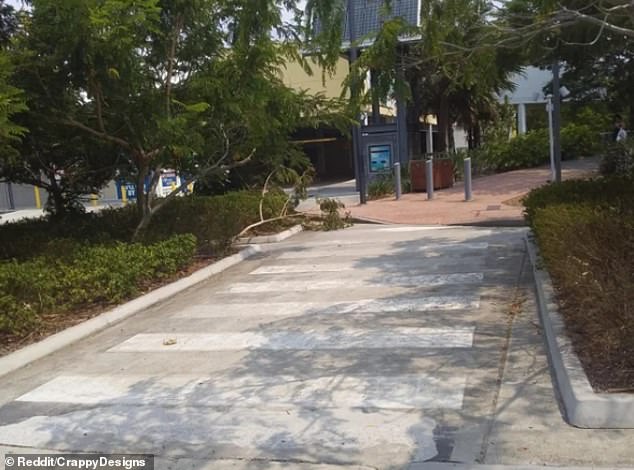 Road to nowhere! Drivers in one town, thought to to be the US, were left with nowhere to wait, after a zebra crossing seemed to take over the entire road 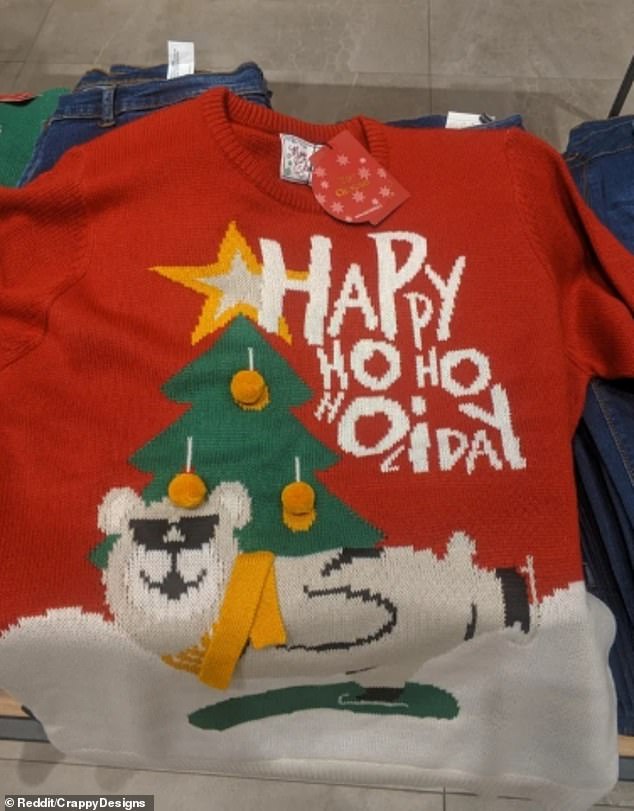 Designers of a holiday jumper,  in an unknown location, made their message a challenge to read, with it appearing to say ‘Oiday’ on first glance 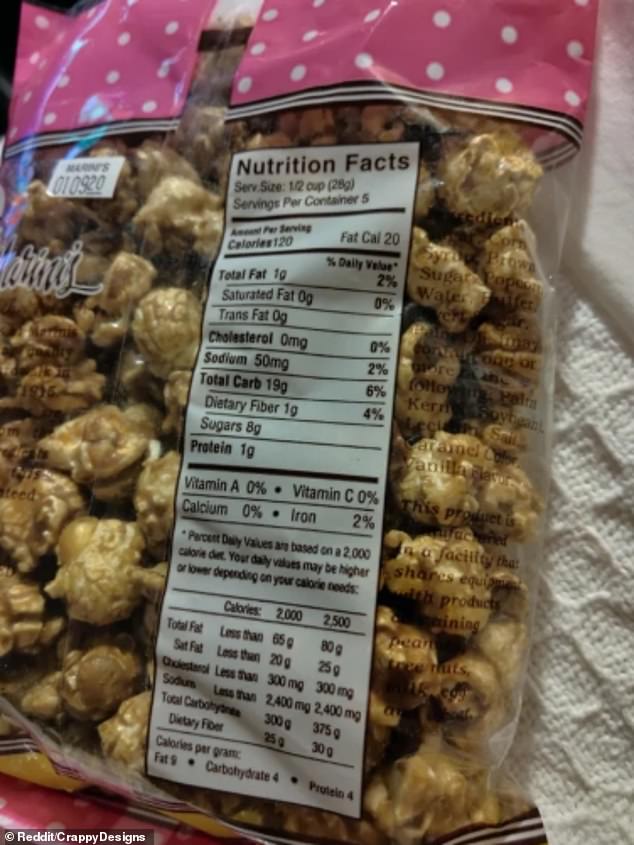 A hungry individual, thought to be from the US, who bought popcorn was left to guess the ingredients, after the brand printed details of the content in a colour that blends in with the food 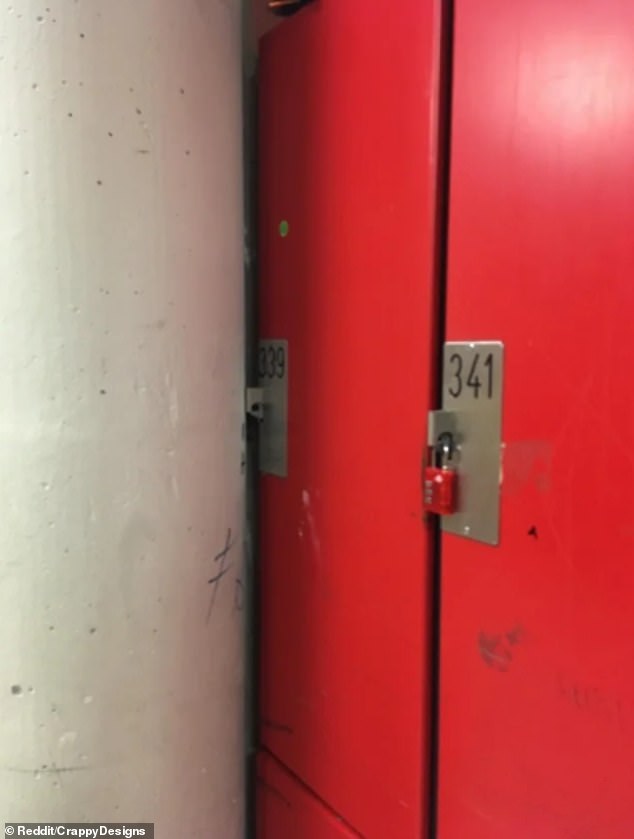 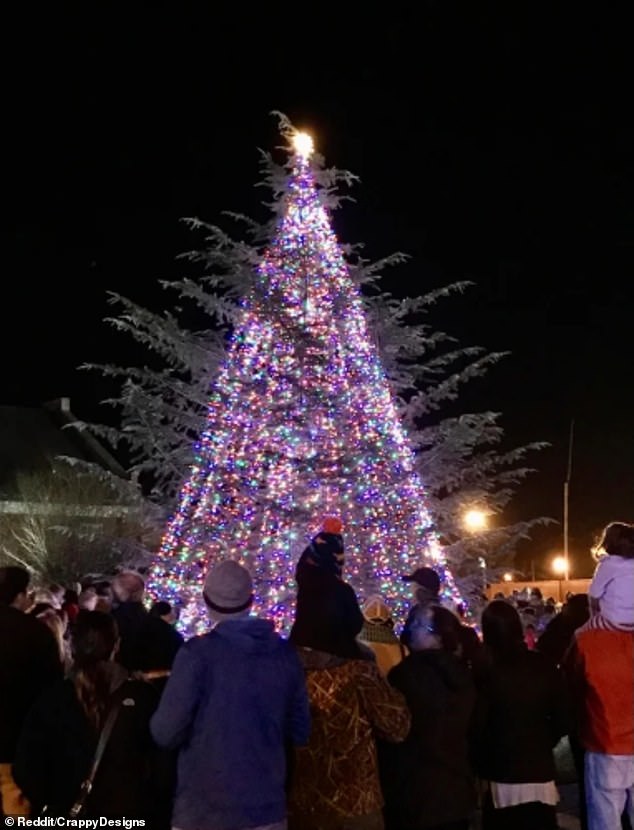 Residents who showed up for their town’s annual Christmas lights switch on, in ana unknown location, were disappointed to see only the centre of the tree had been decorated 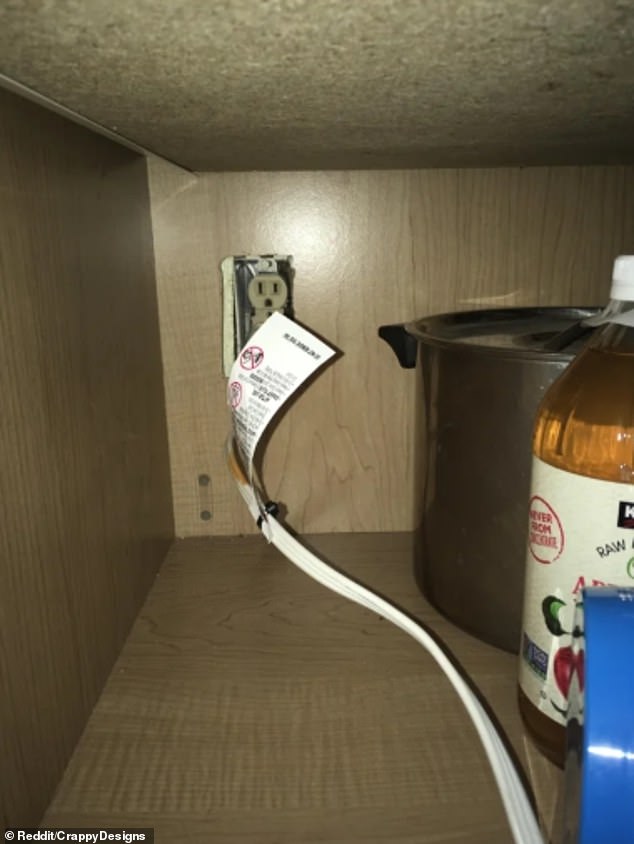 One person was amused to see a hole in the back of a cupboard, after the interior designer mistakenly built over a plug socket 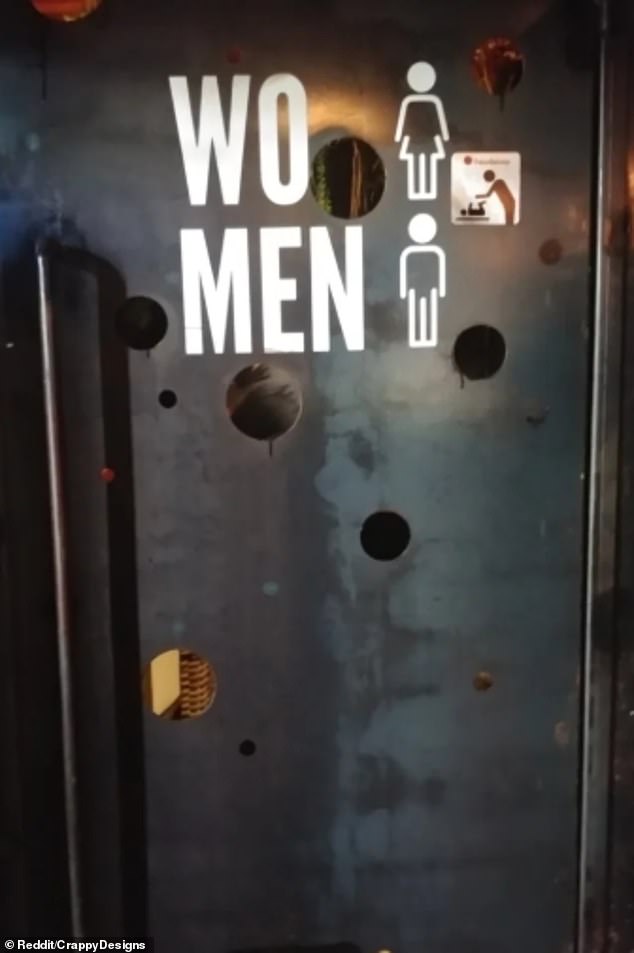 Another individual claimed it took them half an hour to figure out that a bathroom is unisex, due to it’s confusing design 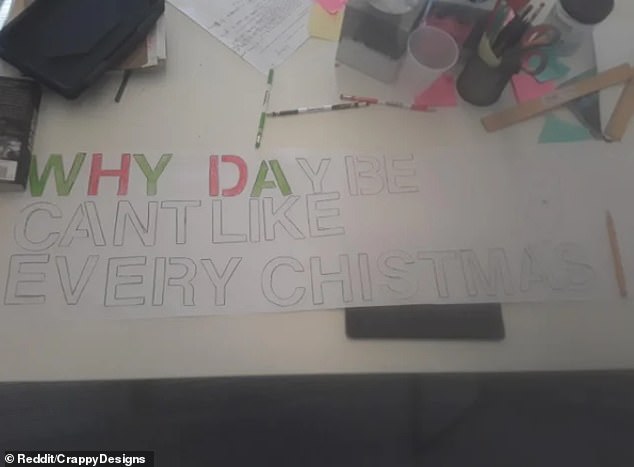 A student complaining ‘why can’t everyday be like Christmas’, in an unknown location, found themselves halfway through their banner design when they noticed their mistake 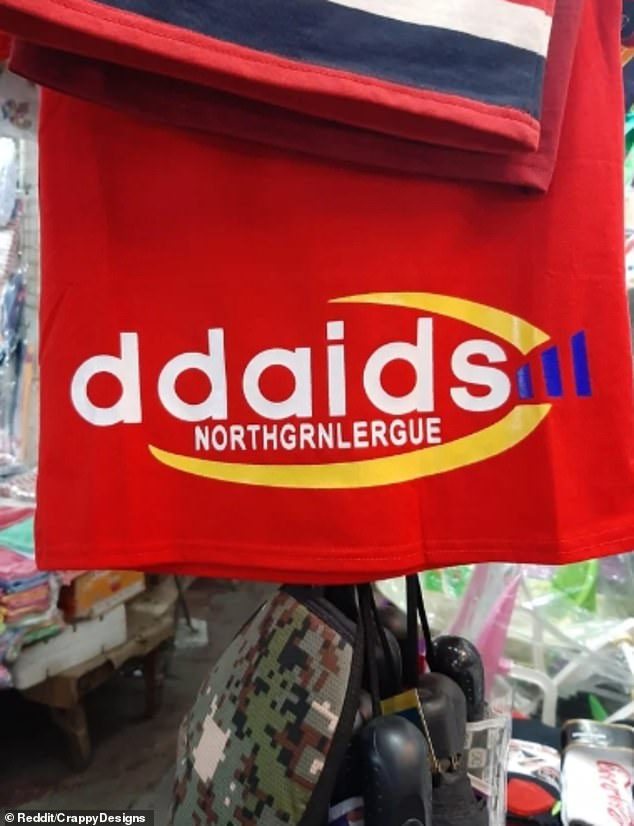 One person, thought to be in the US, was amused by a number of spelling errors on a counterfeit sports top 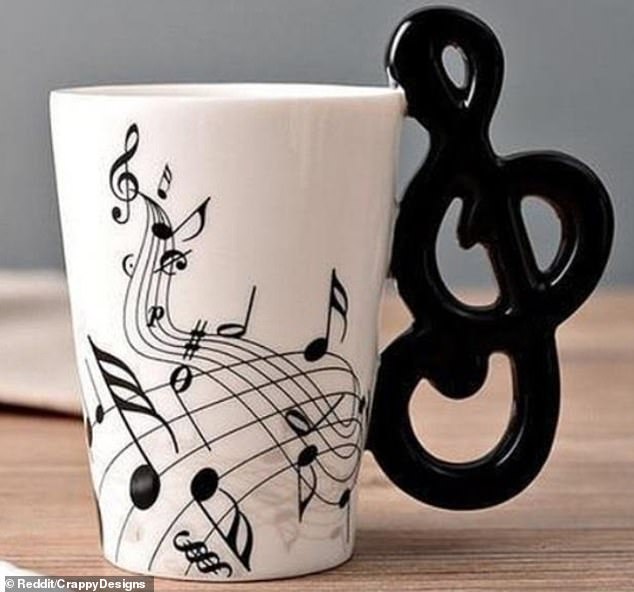 A music lover contemplated how they would be able to pick up their hot drink, after they opted for style over a practical design 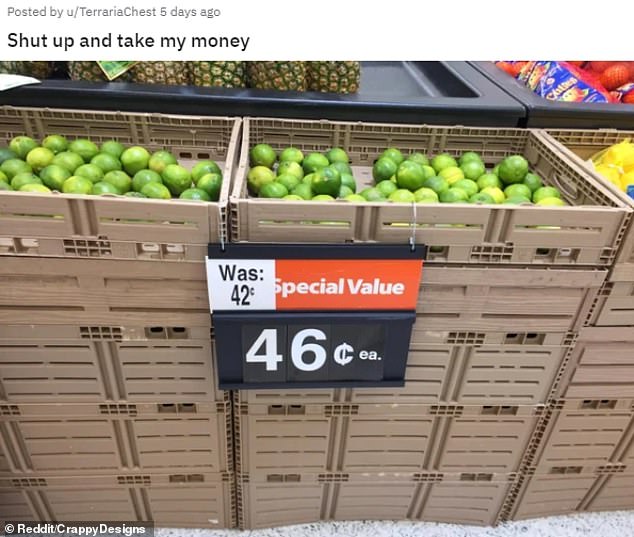