The pair were in the lobby of their New York City hotel when they apparently had an altercation, according to a video shared via social media. Aydin, 45, can be heard calling Gorga, 43, “Popeye.” Two security guards tried to block her as she threw a clear liquid at her RHONJ costar. She then threw her empty plastic cup at Gorga.

Their confrontation came one day after Aydin revealed to Us Weekly that she didn’t think it was right for Joe and wife Melissa Gorga to skip Teresa Giudice‘s wedding to Luis “Louie” Ruelas. 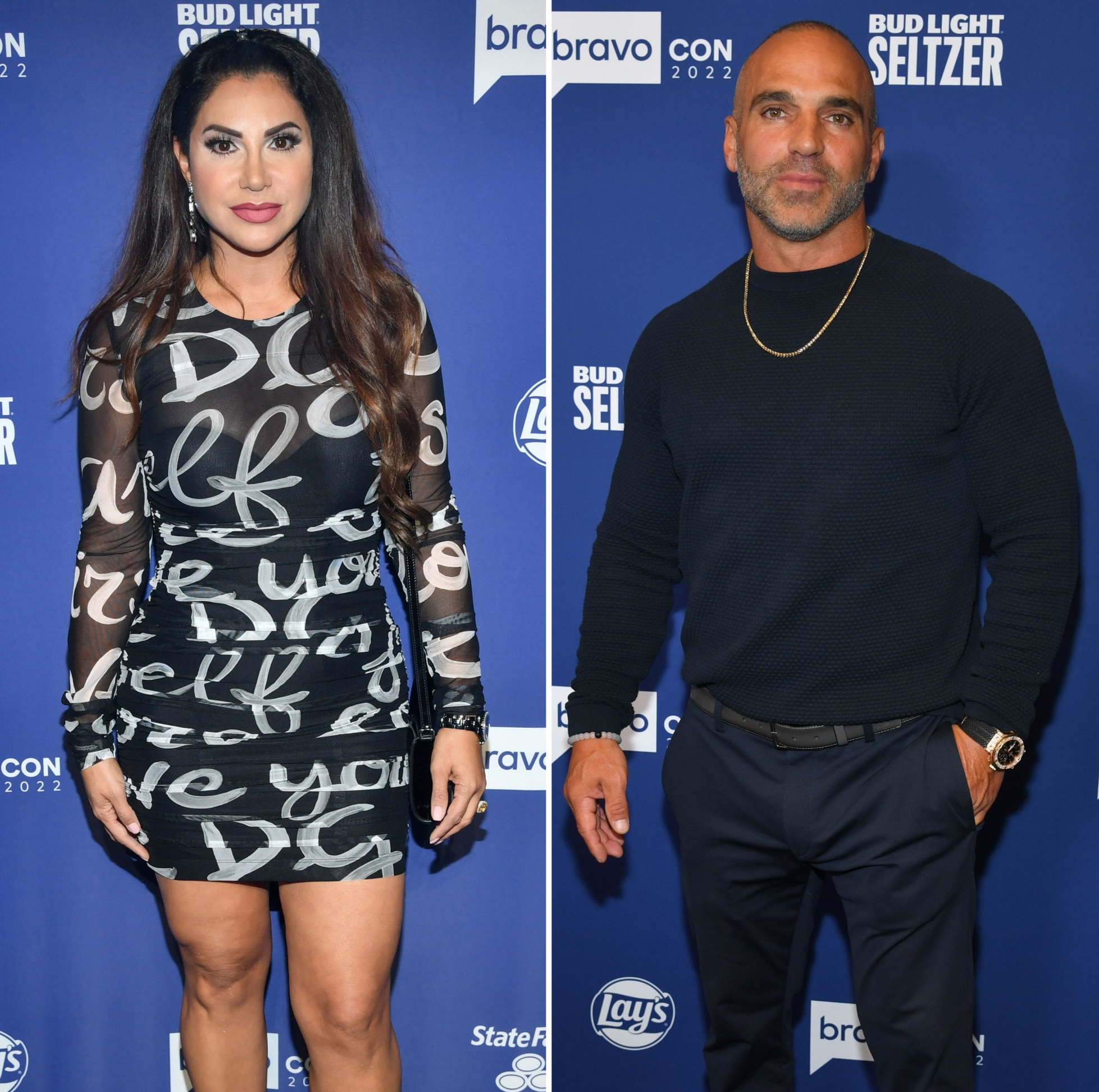 “I understand that the reasoning they didn’t wanna go to the wedding was very superficial and not matter of fact at all,” Aydin exclusively told Us at BravoCon on Saturday, October 15.

“I think he’ll regret it,” she said, adding, “Just ’cause you don’t regret something now doesn’t mean that one day you won’t regret it. So things may be still hot for him, and it is still very raw.”

The Ultimate Beauty Pillow creator said that watching RHONJ season 13 might leave the Gorgas with different feelings. “Plus, the season hasn’t even aired yet, so we are going to relive all these moments over again,” Aydin explained. “In addition to that, [we’ll] see what people said about us in confessionals — which could always be very hurtful. So [it] kind of like builds up the feelings all over again. So I don’t think that he’ll regret it maybe anytime soon, but I do feel that one day he will regret it.”

Joe, however, didn’t feel the same when he spoke exclusively with Us on Friday, October 14. “I made a decision, and I don’t regret anything I do,” he said of his choice to miss Teresa and Louie’s wedding.

The real estate developer added that he’d only feel regret if he was in his sister’s position. “I would regret it if that was me and everything’s reversed. I’d be kicking myself in the ass every day,” he explained.

While Joe and Teresa, 50, have had a rocky sibling relationship through the years, but they reached a boiling point after the businessman and his decided to skip the wedding. Us later confirmed that the couple were upset over rumors that Melissa had cheated on Joe, which they have since denied but believe were initially spread by the bride. They revealed their decision to not attend the day before the nuptials.

“That’s my only family. So, what do you think? Yeah, it was devastating,” Teresa exclusively told Us at BravoCon on Saturday. “I mean, the day before [our wedding], I was in tears ‘cause I just found out. It was heartbreaking [because] it’s my only family, and Luis was hurting for me. My children were hurting. But then [on] that day, that day was our day.”