Sister, sister! Olivia Culpo is giving fans an inside look at her life with siblings Aurora Culpo and Sophia Culpo in TLC’s brand-new series The Culpo Sisters.

Celebrity Family Members Who Worked Together

“In our family, there’s no boundaries,” Olivia, 30, said in the all-new trailer, which dropped on Thursday, October 6. “There’s no filter and there’s no shortage of drama.”

The Sports Illustrated Swimsuit model, who rose to fame after winning Miss Universe in 2012, revealed in the clip that her life as “small town girl from Rhode Island” quickly changed after the pageant. “I moved to L.A. but my sisters couldn’t stand to be away from me, so they moved too,” she confessed. 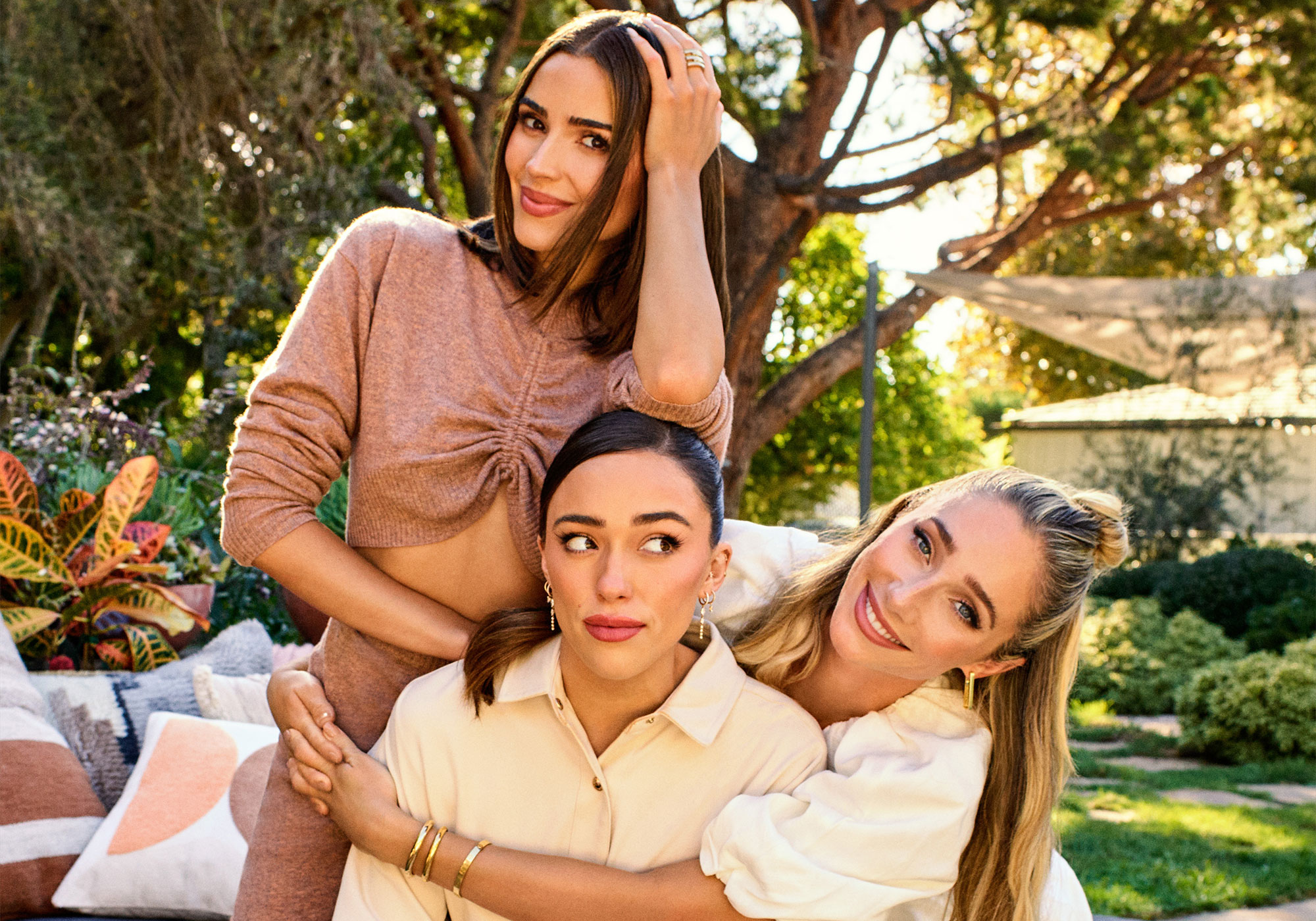 While both Aurora, 33, and Sophia, 25, appear to have embraced Olivia’s fast-paced lifestyle, the influencer’s parents aren’t as impressed by her career choices.

“My parents have absolutely no idea what I do,” the Model Squad alum, who previously dated Nick Jonas from 2013 to 2015, explained in the video.

The girls’ mom, Susan Culpo, didn’t mince words when she described Olivia’s profession, telling the cameras, “They call Olivia an influencer, but we don’t know, because we’re not influenced by it. Sorry!”

According to the trailer, the Culpo sisters know just how to get on each other’s nerves — and aren’t afraid to speak their minds.

“If I were really a bitch, I would tell you to not wear my things,” Olivia told Sophia while driving around in a limo in Los Angeles. Sophia, however, didn’t agree, firing back, “Olivia, you are a bitch.”

The series, however, isn’t all about Olivia’s dynamic with her family and her career: the I Feel Pretty actress is finally opening up about her past relationship trauma as well.

“I was with somebody who did really horrible, horrible things,” the Back 40 co-owner explained, while holding back tears. “I was made to feel like a less than human in every sense of the word.”

Following her relationship with Jonas, 30, Olivia dated Detroit Lions wide receiver Danny Amendola on and off from February 2016 to March 2019. After the pair’s split, Amendola, 36, slammed Olivia in April 2019 and detailed their sex life in a since-deleted Instagram post. He later took “blame for the miscommunication.”

The New England native has since moved on with Carolina Panthers running back Christian McCaffrey, whom she was first linked to in July 2019.

Watch the full trailer above to see which sister leaves Los Angeles first — and who recently changed their name.

The Culpo Sisters premieres on TLC Monday, November 7, at 9 p.m. ET. It is also available the same day on Discovery+.