The spirit of the season! Prince William gave an uplifting speech about the holidays in tribute to Queen Elizabeth II during Royal Carols: Together At Christmas.

“At Christmas, I am always struck by how the spirit of togetherness lies also at the heart of the Christmas story,” the Duke of Cornwall read aloud on Thursday, reciting Elizabeth’s 2012 Christmas address, per The Mirror. “A young mother and a dutiful father with their baby were joined by poor shepherds and visitors from afar. They came with their gifts to worship the Christ child. From that day on he has inspired people to commit themselves to the best interests of others.” 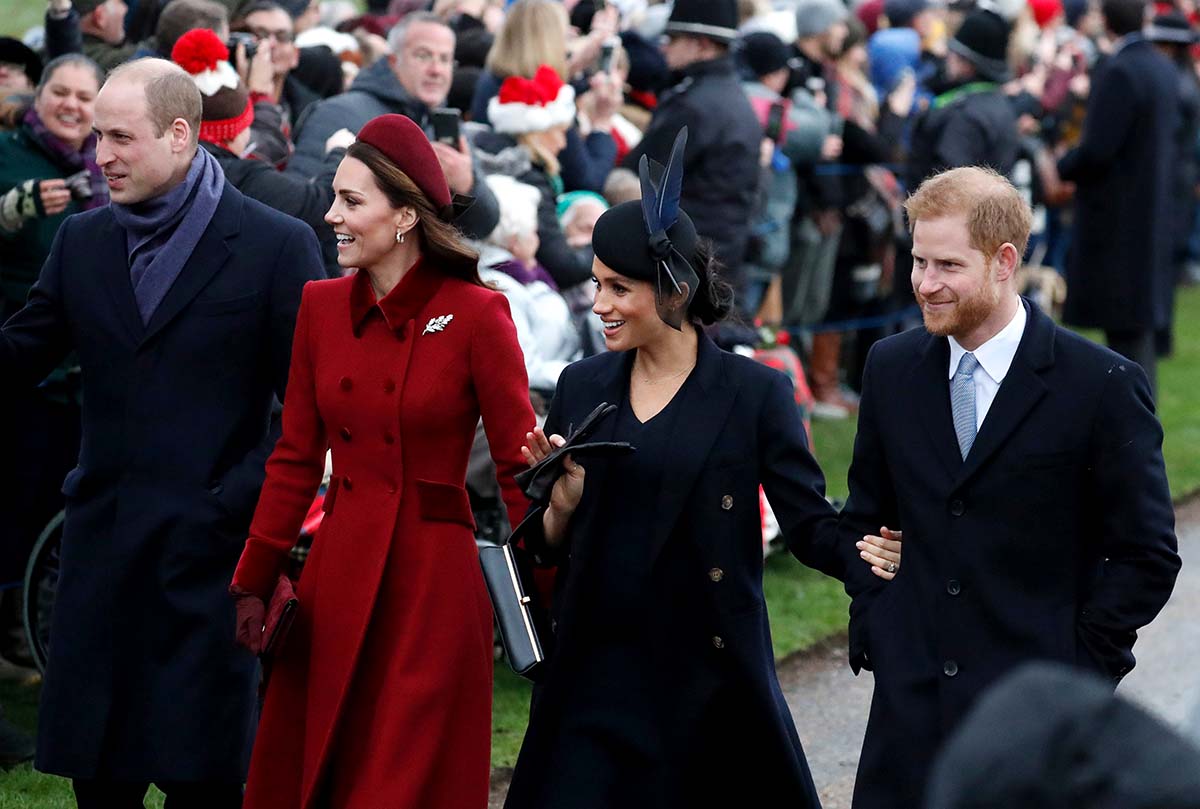 The late monarch’s initial message continued: “This is the time of year when we remember that God sent his only son ‘to serve, not to be served’. He restored love and service to the center of our lives in the person of Jesus Christ. It is my prayer this Christmas Day that his example and teaching will continue to bring people together to give the best of themselves in the service of others.”

William attended the church service in support of his wife, the 40-year-old Princess of Wales, who was tasked with organizing the production. Their eldest children — Prince George, 9, and Princess Charlotte, 7 — also attended the festivities. Kate and Charlotte twinned in matching burgundy coats, while William and George both opted for dark suits. The Duke and Duchess of Cambridge also share Prince Louis, 4, who was absent from the public outing.

The royals’ Thursday appearance — and William’s speech — occurred hours after Prince Harry and Meghan Markle’s tell-all docuseries dropped its second batch of episodes on Netflix. In Harry & Meghan, the 38-year-old Duke of Sussex alleged that his older brother and the 74-year-old king were aware of media leaks surrounding his 2020 royal exit and still refuse to take accountability. The father-son trio later reunited for the first time during Prince Philip’s April 2021 funeral.

“It was hard. Especially spending time, having chats with my brother and my father. [They] were very much focused on the same misinterpretation of the whole situation,” the BetterUp CIO — who shares son Archie, 3, and daughter Lilibet, 18 months, with the Suits alum, 41 — said in the Netflix doc. “None of us really wanted to have to talk about it at my grandfather’s funeral, but we did.”

He continued: “I’ve had to make peace with the fact that we’re probably never gonna get genuine accountability or a genuine apology. My wife and I, we’re moving on. We’re focused on what’s coming next.”

Neither William nor Charles — who later reunited with the Sussexes at the queen’s September funeral — have publicly addressed the Harry & Meghan claims, but seemed to put on a united front during the Thursday concert, which is just the start of their family holiday traditions.

“They’ll share fond memories, raise glasses and likely make speeches about the wonderful life and legacy she’s left behind,” a source exclusively told Us Weekly earlier this month of their holiday plans and how they will honor the late queen. “There’s a shared commitment among the whole family to stay true to her values and carry on with the wonderful work she did during her time as monarch.”