Plastic: What happens to bottles when they are recycled

Presenters Chris Packham, 60, and Liz Bonnin, 44, joined 28 others including Nestlé, Co-op and Aldi in signing a letter calling for a global plastics treaty. Governments worldwide have expressed support for such a treaty, and the group believes the summit in Cornwall represents an opportunity to introduce it.  They said: “The plastic crisis has no borders. We will never overcome it without a globally consistent response.

“Plastic has been found in our water, our food and even the air we breathe. No one on earth can avoid it. With the G7 Summit meeting in June, now is the time to put a global treaty on plastics on the agenda.

“With the members of the G7 credited with leading the way to secure the Paris Climate Agreement, they are primed to champion a similar treaty tackling the scourge of plastic pollution.”

Around 295 million tons of plastic waste is produced every year, the letter said.

The pandemic has only “sent us deeper into this crisis”, adding: “In just two months, one billion items of PPE were handed out in the UK alone. Globally three million face masks are thrown away every minute – amounting to 129 billion every month – mostly disposable, mostly plastic.” 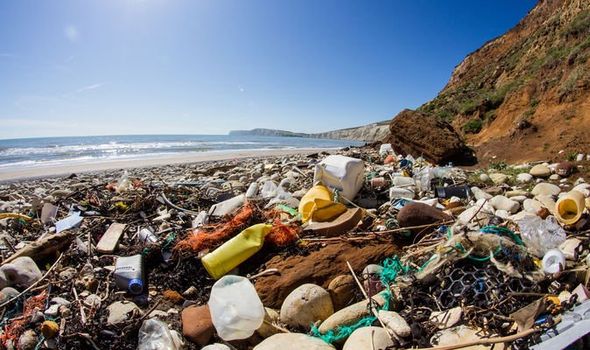 The letter, sent today, has attracted cross-party backing from parliamentarians including Labour MPs Geraint Davies and Mick Whitley, and NGOs The Ocean Foundation and the Conservative Animal Welfare Foundation.

Sian Sutherland, the co-founder of A Plastic Planet, who organised the letter, said only a globally aligned and binding strategy will stop the forecasted increase in plastic production and the “inevitable” pollution.

She added:“With governments around the world keen to join forces to stop this toxic material from polluting our children’s future, now is the time to step up the pace.

“We need to accelerate real action. The members involved in the G7 Summit have shown they can drive powerful change, as seen with the Paris Climate Agreement, and they can do the same for plastic pollution. If the Government wants to be a world leader in tackling plastic, it must put a global plastics treaty on the agenda.”