FANS are all saying the same thing after a clip of Cristiano Ronaldo geeing up his Manchester United teammates has gone viral.

The footage shows the 37-year-old trying to motivate United's stars after they conceded to Arsenal yesterday. 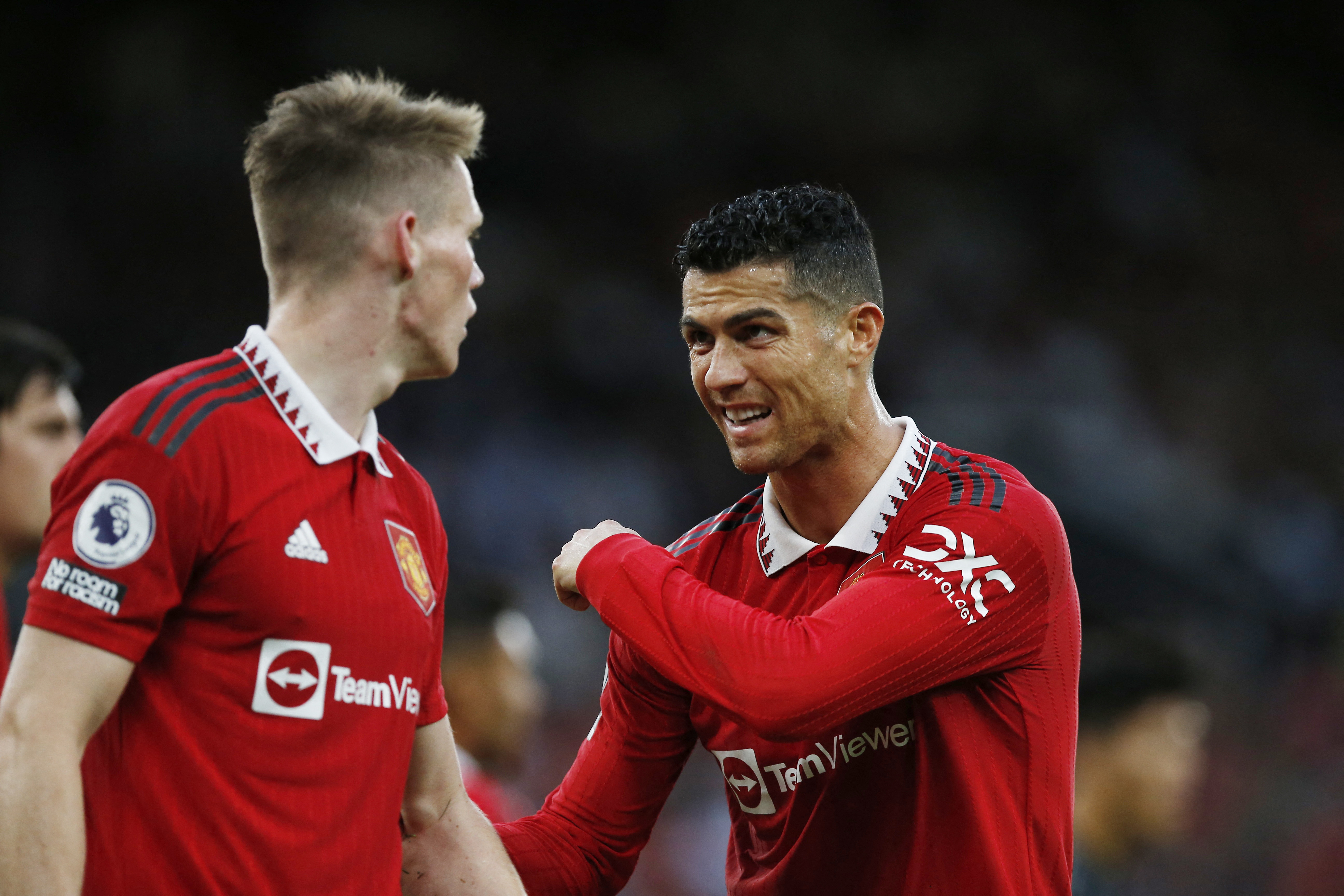 With the game level at 1-1, Ronaldo is spotted having words with Bruno Fernandes and Christian Eriksen as well as clapping his hands asking for more effort.

His reaction clearly made a difference as Man Utd went on to win the game 3-1.

Fans reacted to the video, one said: "Born leader."

Another said: "It will be a very long time when we see another player with the character of CR7."

More commented impressed with his leadership qualities saying: "How is this guy still not the captain?"

A United supporter also said: "I swear on my life this man loves Man Utd, he is a top professional. The media always turning his fans on him."

Man Utd boss Erik ten Hag has started Ronaldo in just one match this season as he looks set to have a super sub role this season.

He is still waiting for his first goal of the season but he has been important as the club responded from their poor start to the campaign making it four wins from their last four matches.

United are now up to 5th in the league table just three points behind Arsenal at the top.

Ten Hag's side get their European journey off to a start next as they face Real Sociedad in the Europa League on Thursday.