LIONEL MESSI paid tribute to his best friend Sergio Aguero alongside his Argentina team-mates with a huge banner before their 0-0 draw against Brazil.

Aguero was recently ruled out for at least three months due to heart problems. 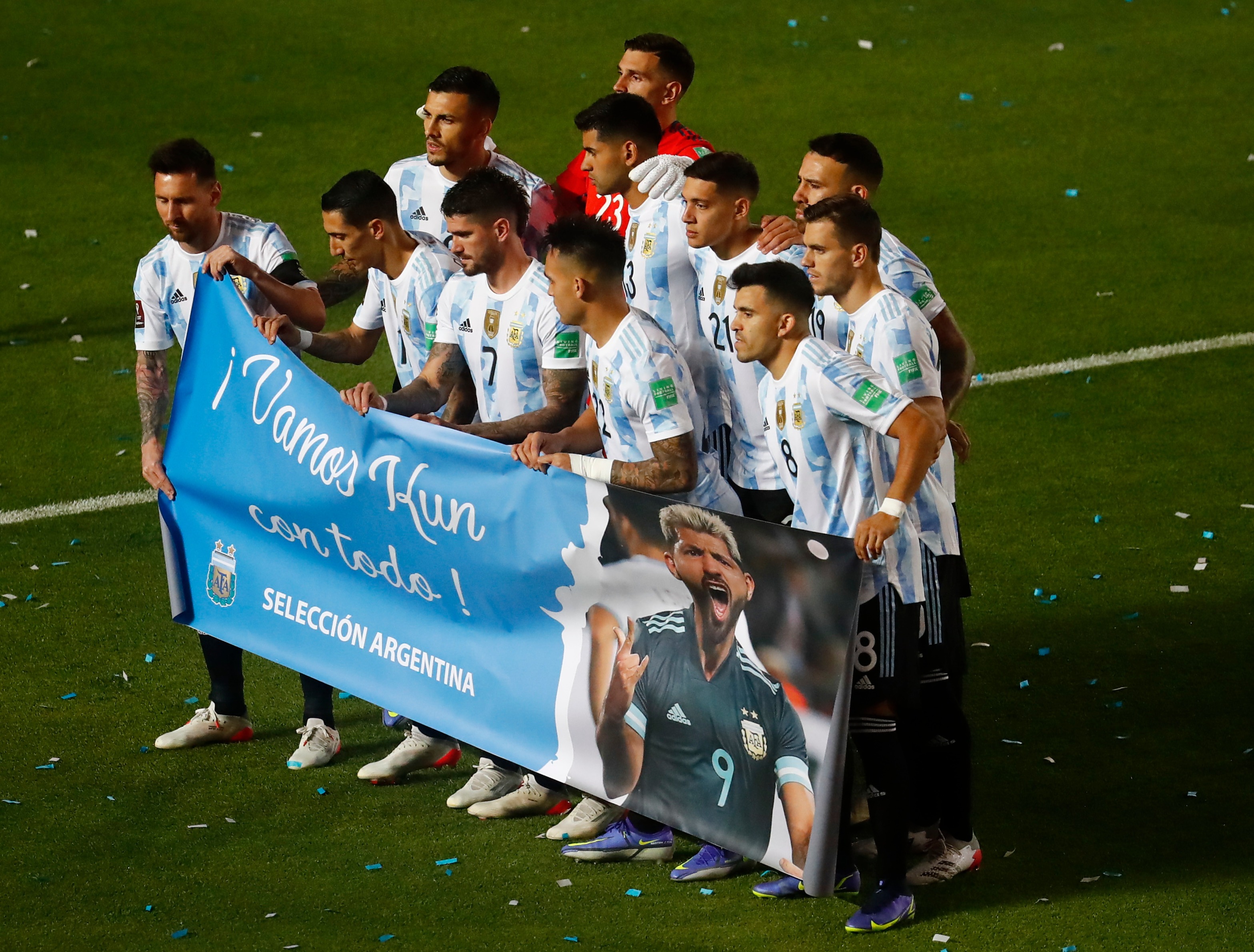 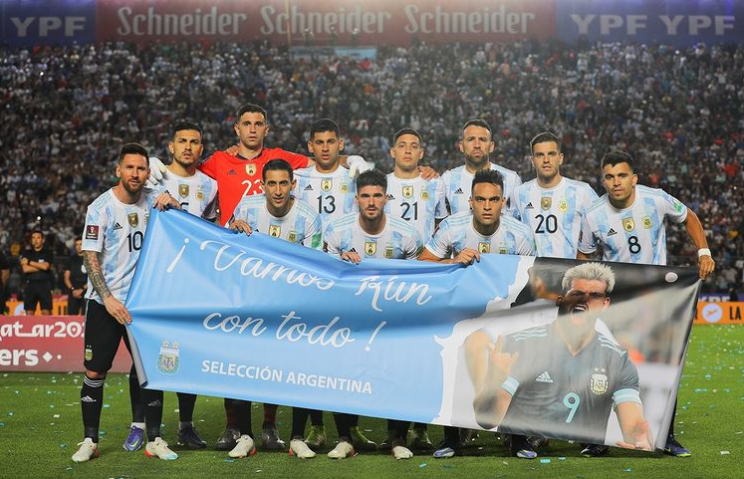 The Barcelona forward was rushed to hospital after experiencing chest pains and breathing difficulties in Barca's 1-1 draw with Alaves on October 30.

And a diagnosis is understood to have concluded the Argentine has an irregular heartbeat.

The team posed with a banner that reads: "We are all with you, Kun."

The banner also includes a picture of Aguero celebrating in his country's colours.

Argentina went on to draw the feisty affair with their South American rivals – who they beat in the Copa America final in the summer – but turned on the style with Angel Di Maria HUMILIATING Vinicius Jr with a brutal nutmeg.

The stalemate kept both of their unbeaten World Cup qualifying records in tact.

And with results going their way elsewhere, Argentina booked their place at next year's Qatar World Cup, joining Brazil who qualified last week.

There's now just three spots left up for grabs with eight teams fighting it out.