Even so, international football’s most famous bum scratcher did not dare stick his hands down the back of his trousers last night. 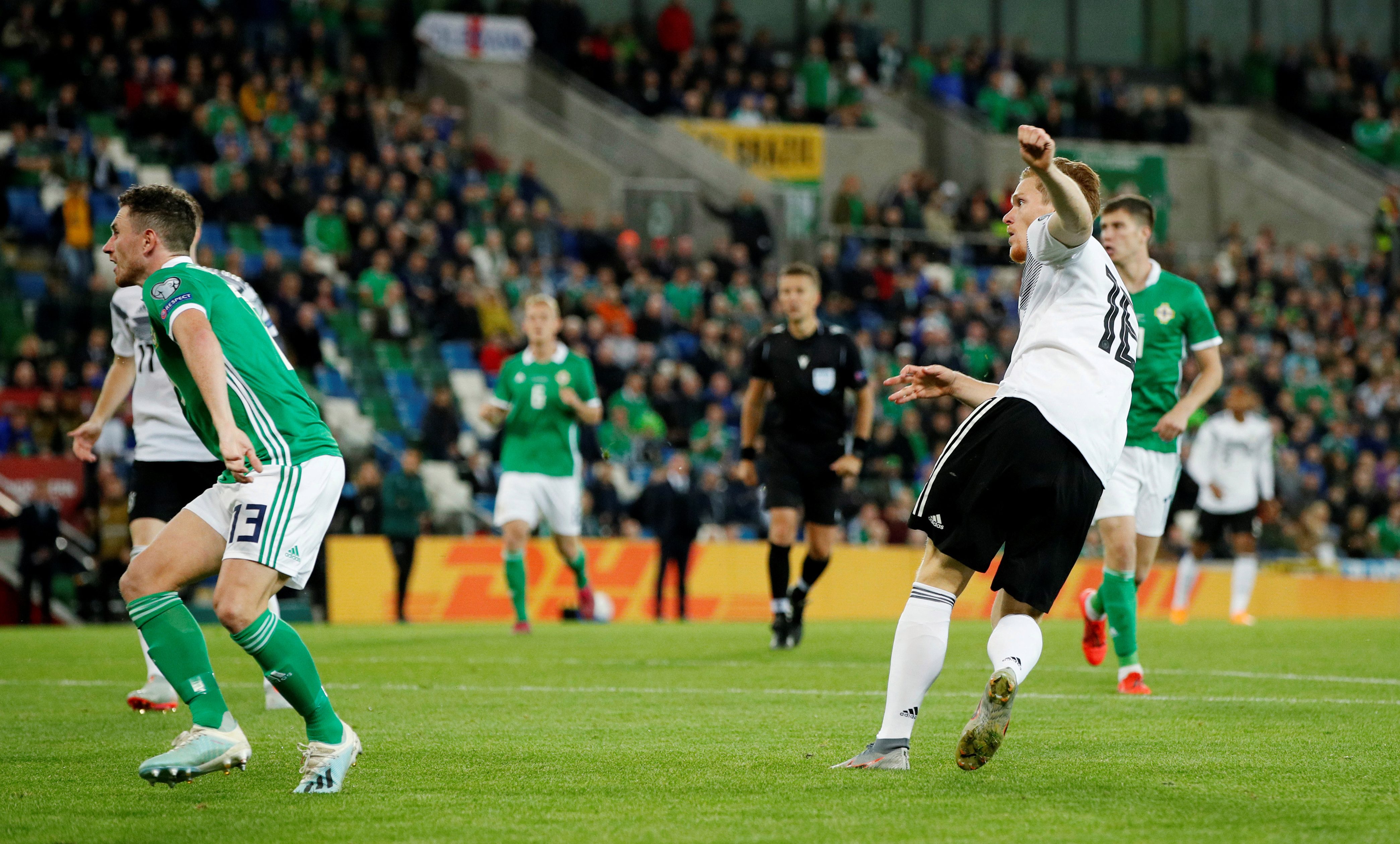 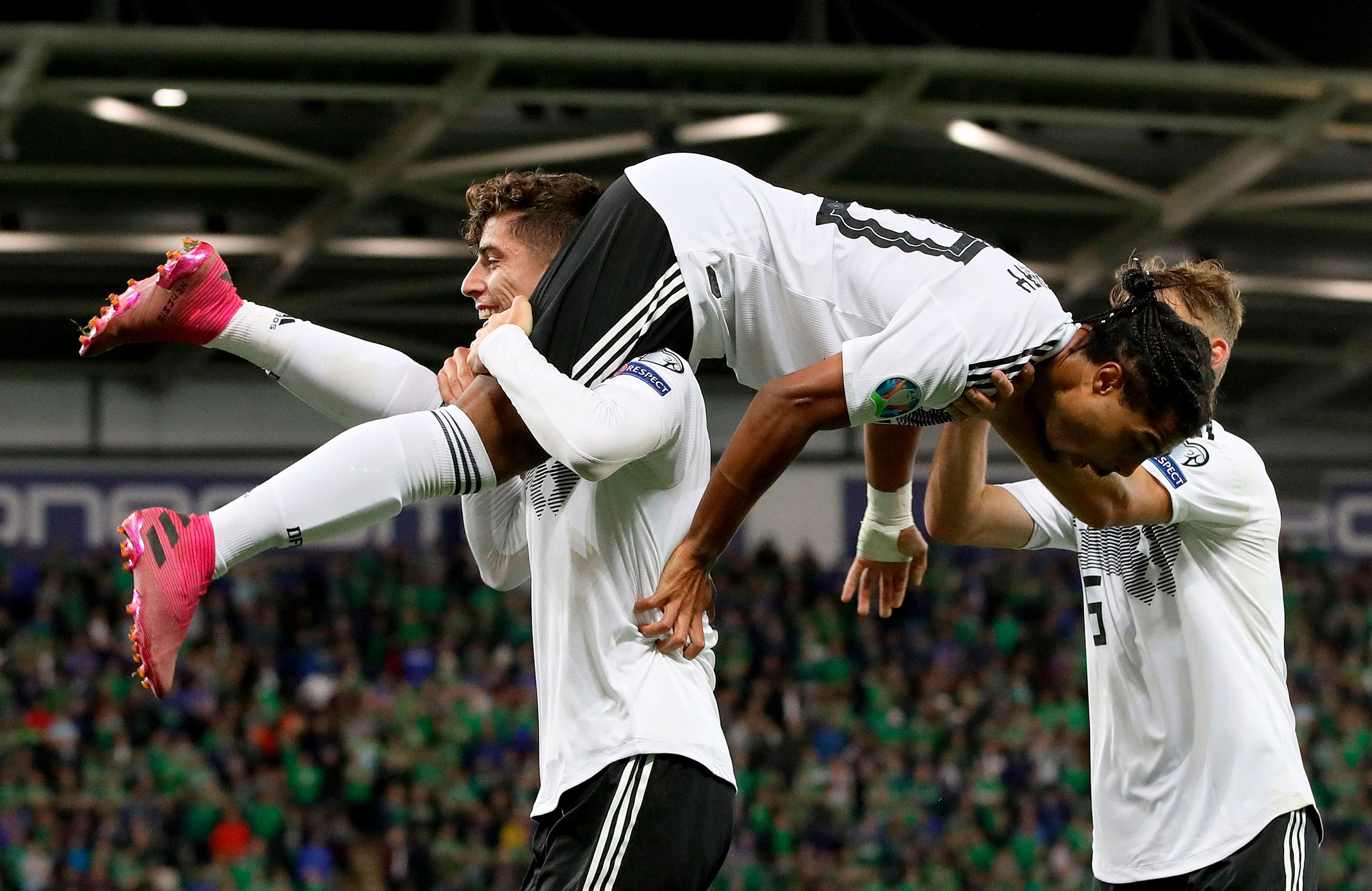 Who knows what Low would have found nesting in the seat of his pants from enduring a stomach-churning evening with his floundering fussballers.

It took a superb finish from Red Bull Leipzig winger Halstenberg three minutes into the second half and a goal from former Gnabry with the last touch of the game to put Germany in pole position in Group C.

That aside, the four time World Cup winners’ wobbly performance merely confirms the problems engulfing a soccer superpower – while offering hope that Michael O’Neill’s minnows can reach the finals.

Germany arrived in Belfast on the back of a humiliating 4-2 home defeat by Holland.

It is only through good fortune and an indecisive referee that they did not make history with back-to-back qualifying defeats.

Had Conor Washington been able to wrap his foot around a gilt-edged chance, had the Hearts striker lifted the ball over Manuel Neuer in a one-on-one and had Italian ref Daniele Orsato not appeared to change his mind after awarding a penalty when Toni Kroos went in on Paddy McNair, it would be a totally different result.

Stuart Dallas also went agonisingly close to equalising as Northern Ireland repeatedly carved open their illustrious but ailing opposition who were on the back foot all night.

With only 15 places between them in the rankings, the time had come to have a proper go at the struggling Germans after three defeats in three years. 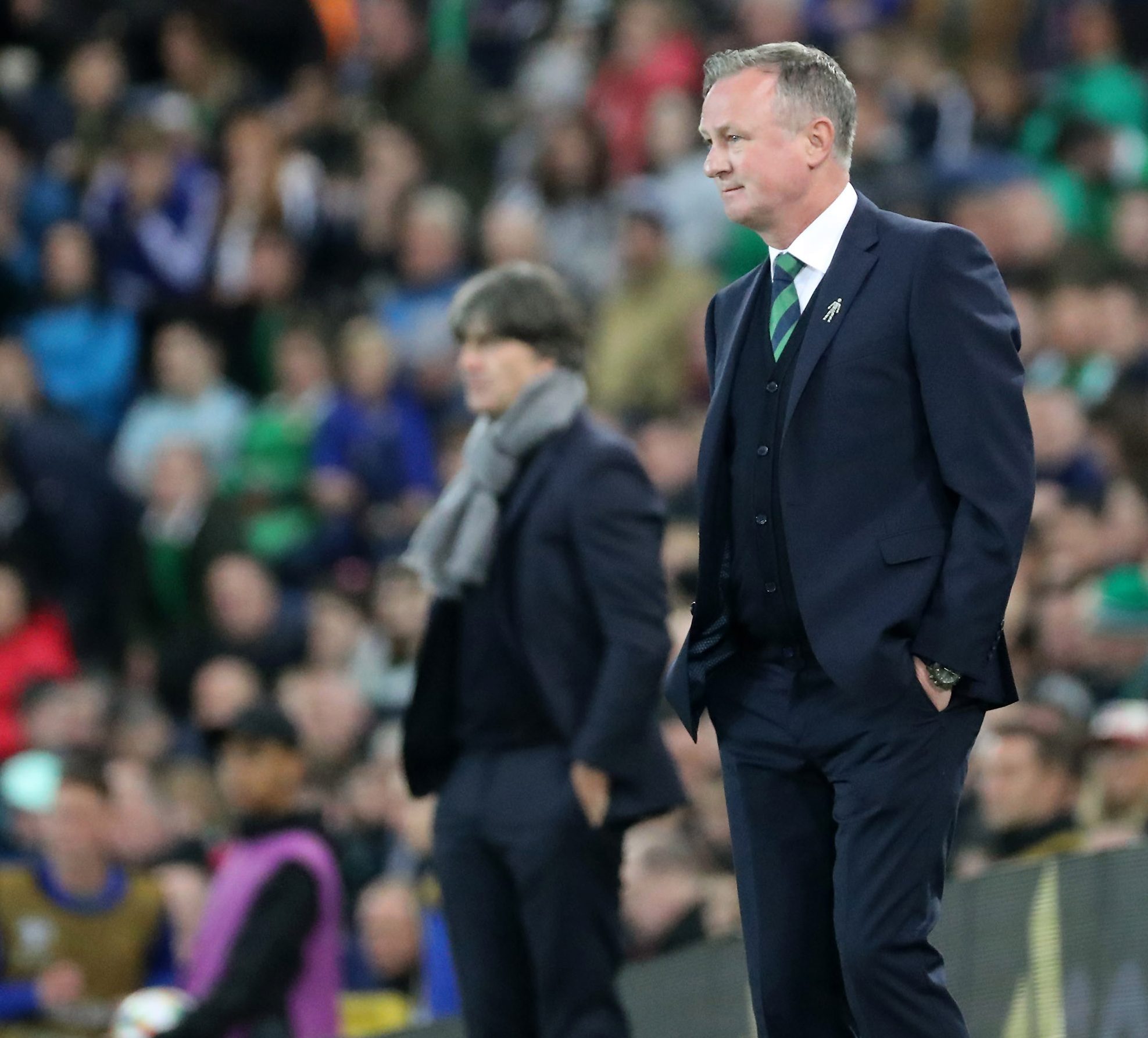 And for the most part they enjoyed a surprising amount of supremacy when O’Neill feared they would be "defending for their lives".

It was the Germans who were lucky to get to half time unscathed as Northern Ireland threw everything they had at them.

If Washington had found the killer finish, Northern Ireland would not be contemplating their first defeat in five games this morning.

The former QPR and Sheffield United ace has recently been promoted to first-choice striker and almost scored in the sixth minute when he headed just over the bar.

Not long after, a mistake by Kroos trying to play the ball out of his area fell perfectly for him but he shot straight at Neuer.

It was like that for the first 45 minutes. Germany did not get a sniff – just one half-hearted and lame attempt at goal by Julian Brandt which was easily gathered by the excellent Bailey Peacock-Farrell.

Germany had to regroup in the second half and made the difference in the quality of their finishing but there are still big problems for Low to sort out. 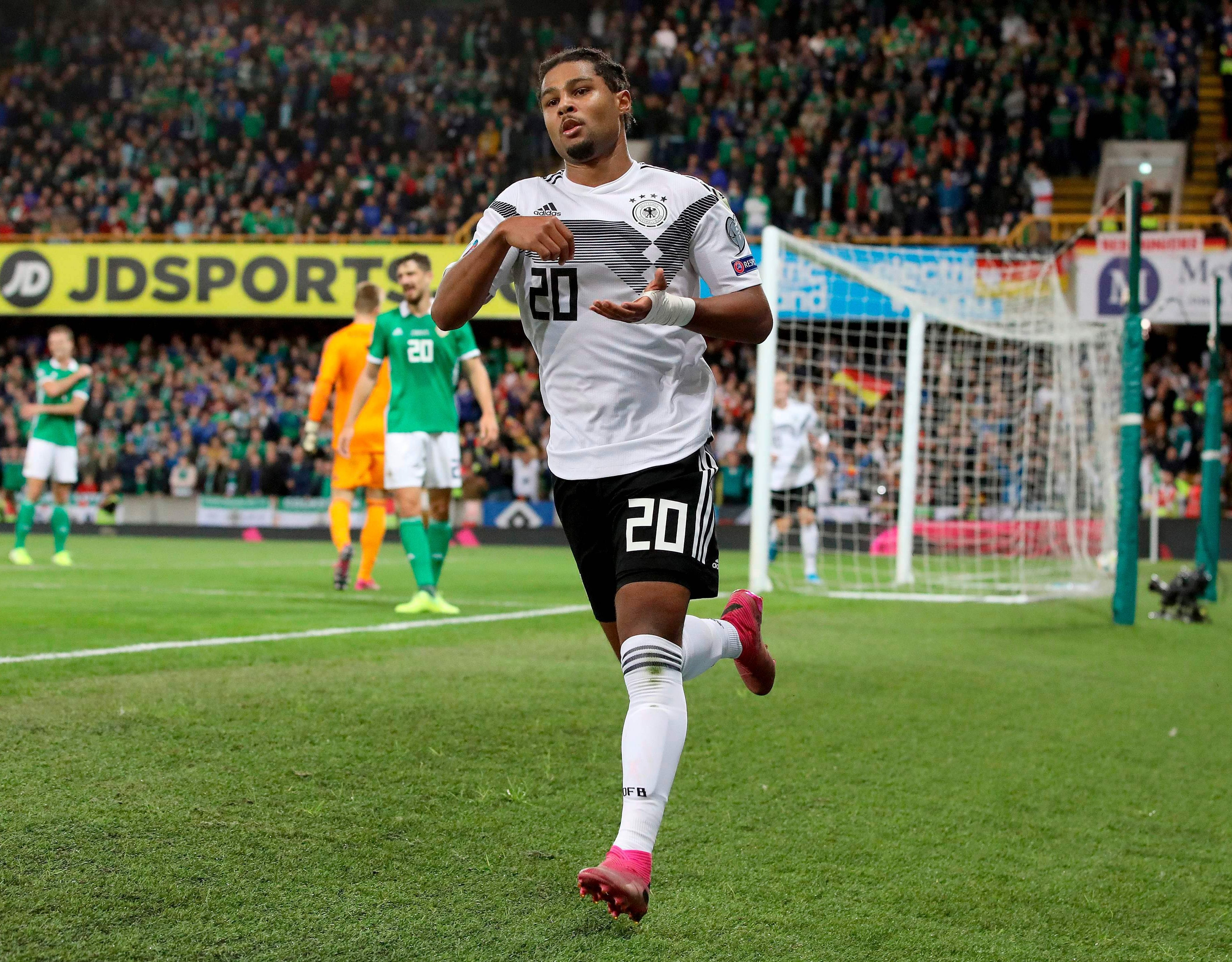