SEAN O’MALLEY was taken away on stretcher with a potential broken foot after shock TKO loss to Marlon Vera at UFC 252.

The star went into the clash with a 13-0 record, but he was blown away inside the first round in Las Vegas after hurting himself early doors. 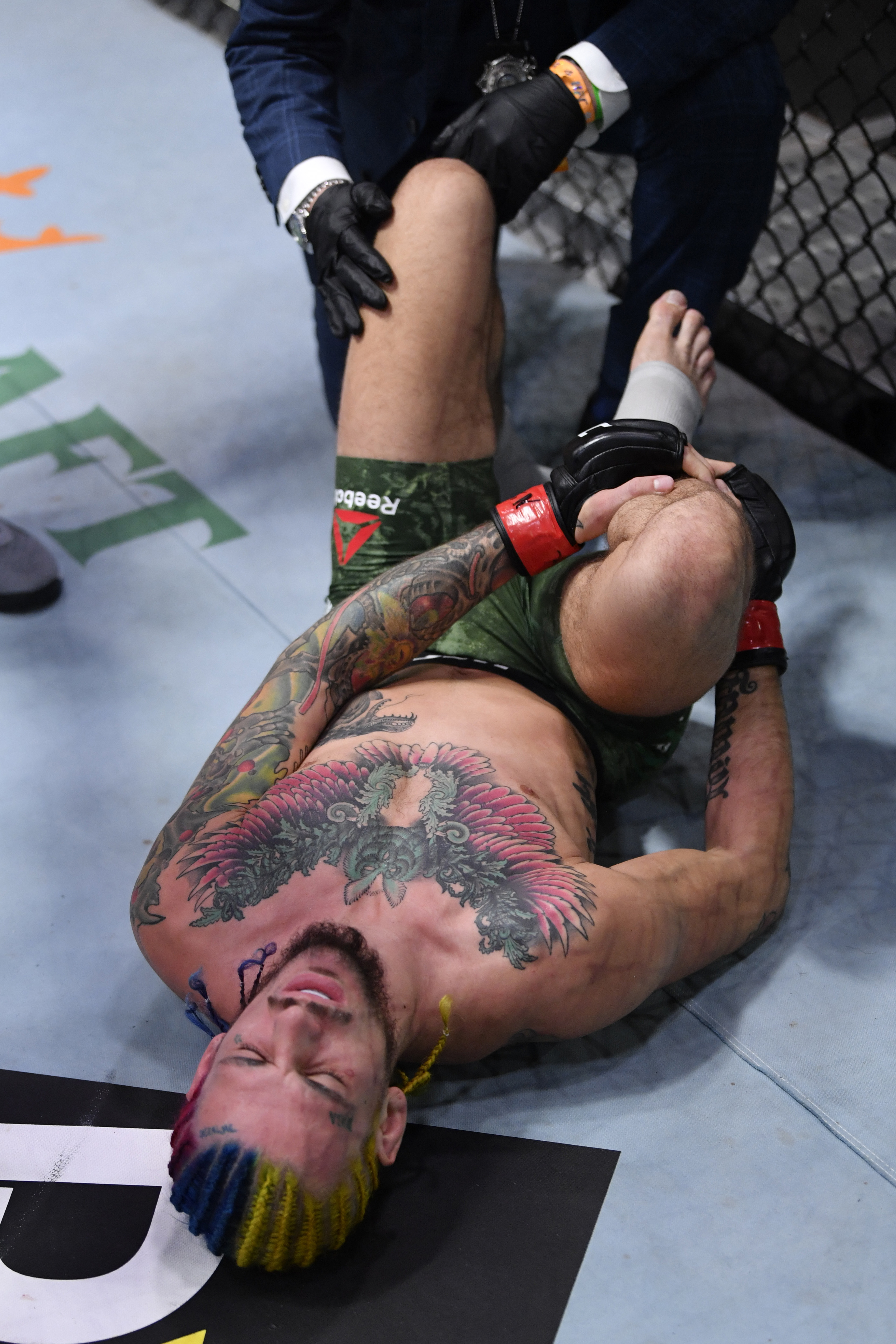 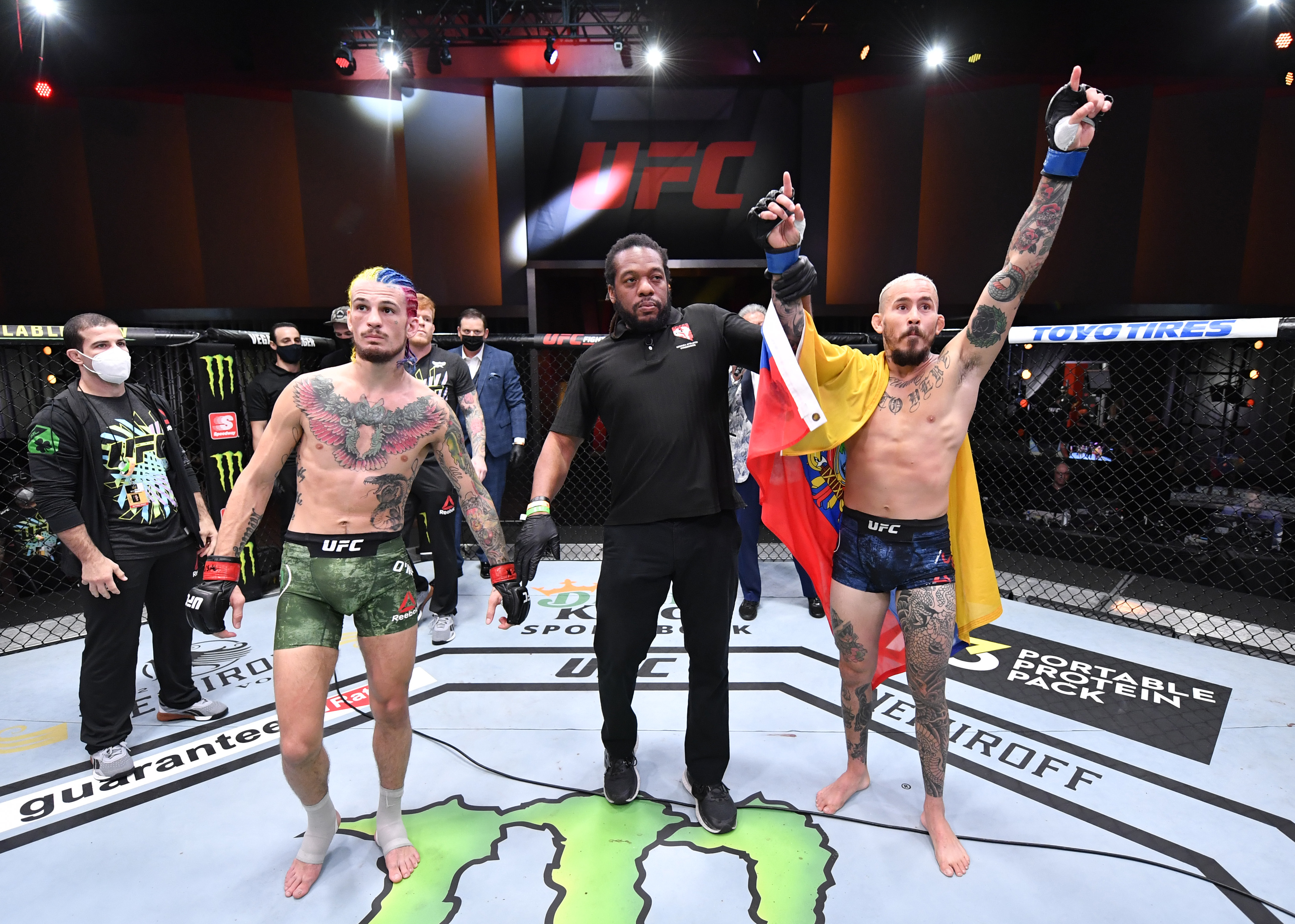 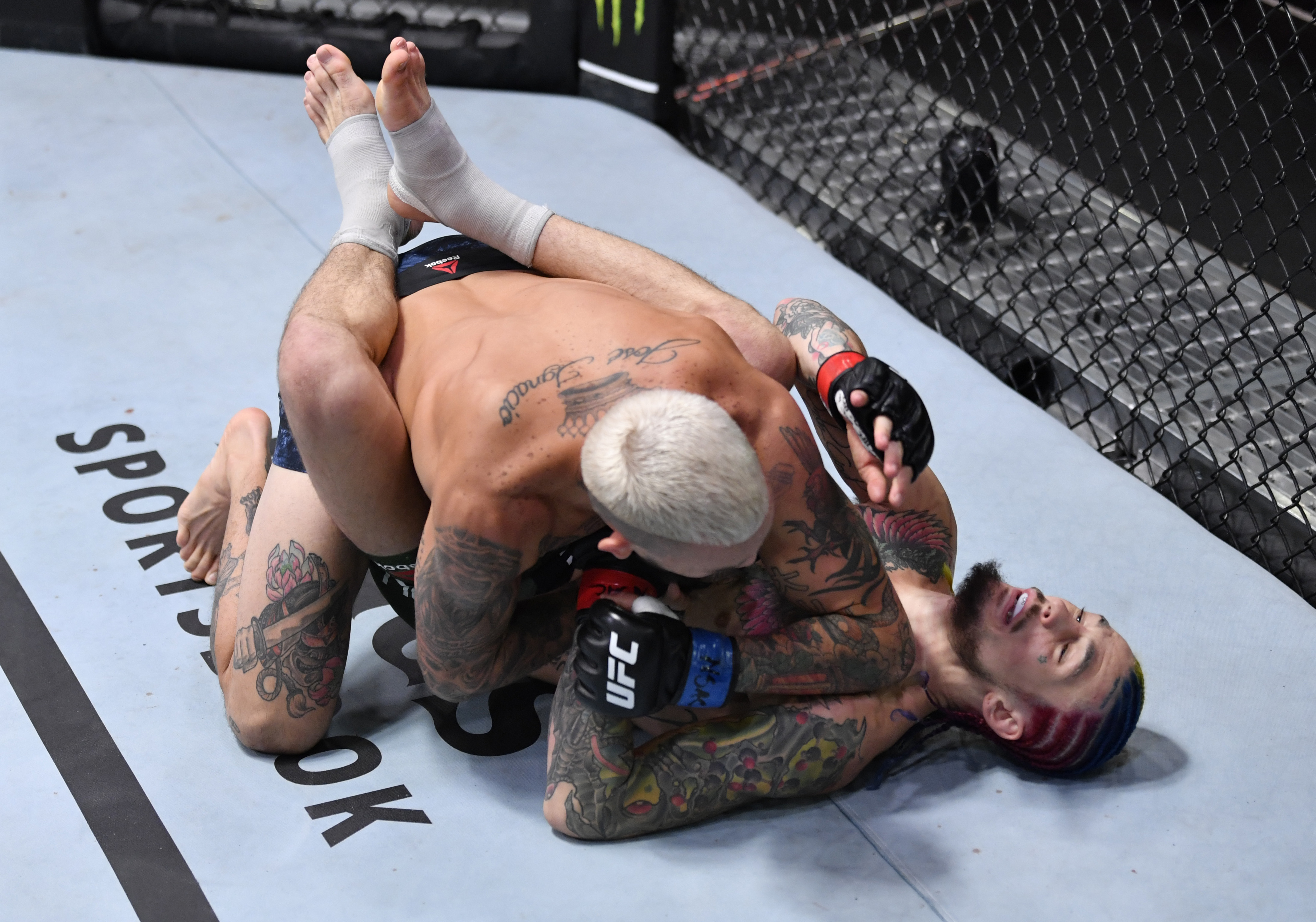 O’Malley started strongly and caught his opponent with two heavy low kicks as Vera struggled to find his range.

It looked like the outspoken Sugar Show was well on his way to stretching his unbeaten run when suddenly he stepped forward and buckled awkwardly to the mat.

He got back up but was clearly walking gingerly as Vera’s team urged their man on.

O’Malley was now in full retreat as he limped around the cage but managed to avoid being hit with anything.

He then came but missed in the final minute of the first.

Vera ducked as O’Malley fell to the canvas as his foe quickly followed him to the ground.

He landed a massive elbow that rocked O’Malley before unleashing a couple of follow up shots causing referee Herb Dean to step in.

Many felt it was a strange stoppage as O’Malley was still fighting, but with his foot clearly shot, it was a sensible one from the experienced official.

And the devastated O’Malley was unable to even walk backstage afterwards as the cameras caught him being stretchered from the octagon.